These days, all hotels are in the business of creating experiences. Whether they do this by channeling the communities around them, taking their cues from the best things their destinations have to offer, or simply through the power of design, hotels and hoteliers all want their guests to leave with memories that could not have been created anywhere else. Well, no one who stays at the new, luxurious Jaffa Hotel in Tel Aviv will dispute the fact that it could only ever be located in Israel, especially given its stunning historic context, breathtaking natural surroundings, and incredible new design by famous architect John Pawson. 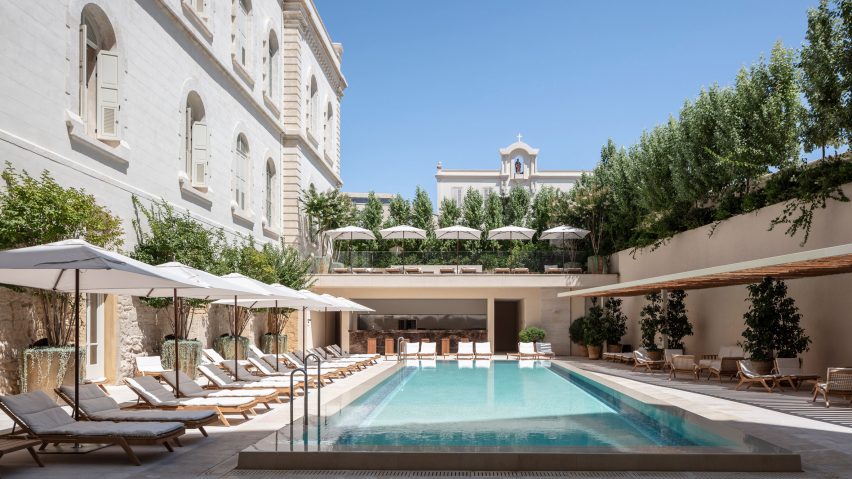 Pawson, best known for his minimal approach to architectural design, took on the challenge of making the hotel out of a former hospital and convent on Tel Aviv’s pristine seafront. Working with local conservation architect Ramy Gill, Pawson took the historic 19th-century complex, whose existing architectural styles ranged from Arabic to neoclassical, and transformed it into a tasteful and stylish high-end hotel that retained all of the period elements while still feeling fresh and contemporary. This mix of old and new is exquisitely executed in every area, from the central U-shaped courtyard filled with trees to the vaulted chapel-turned-bar and lobby, both of which take full advantage of the convent’s former prayer space. Elsewhere, 120 guest rooms and 32 exclusive residences have been situated in a new addition. 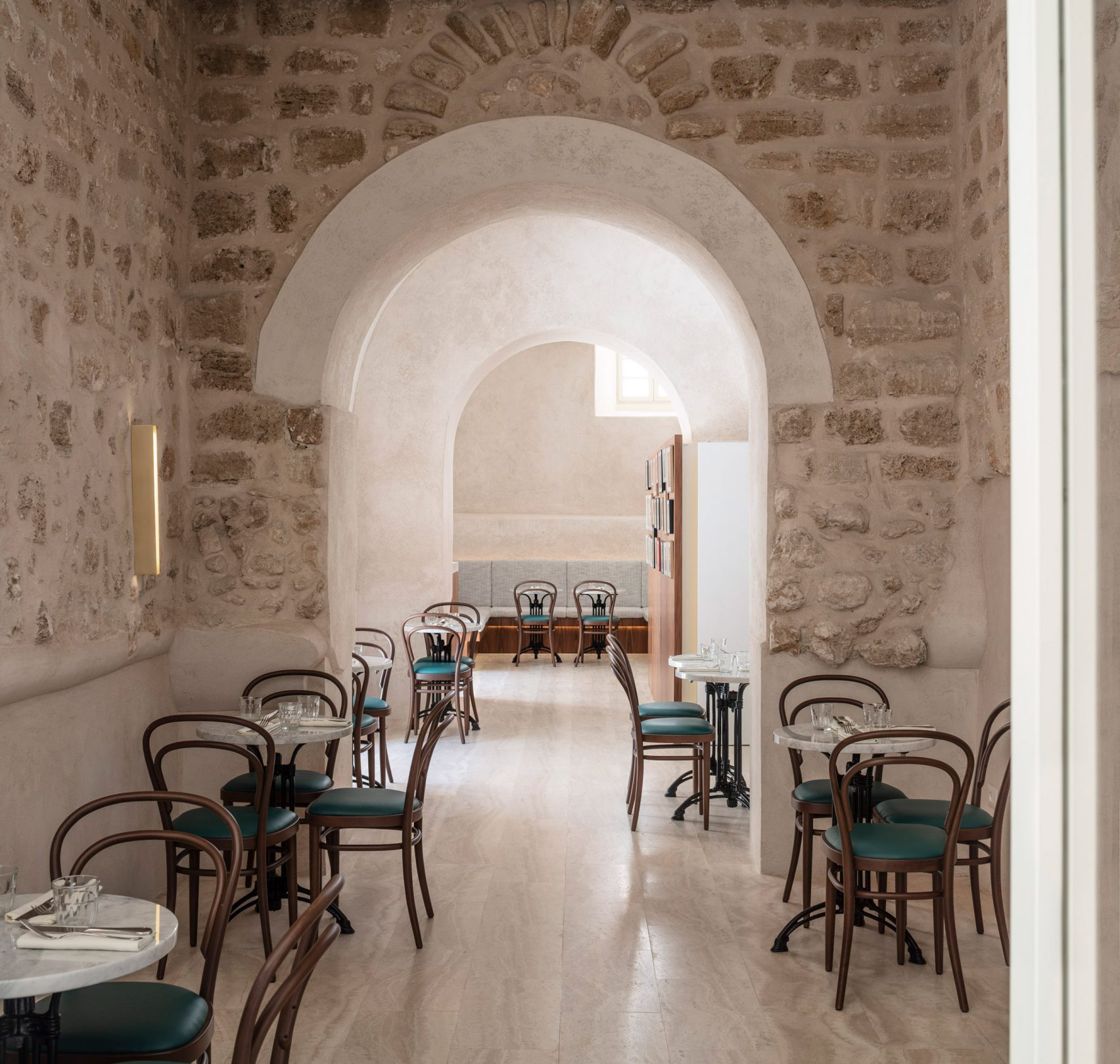 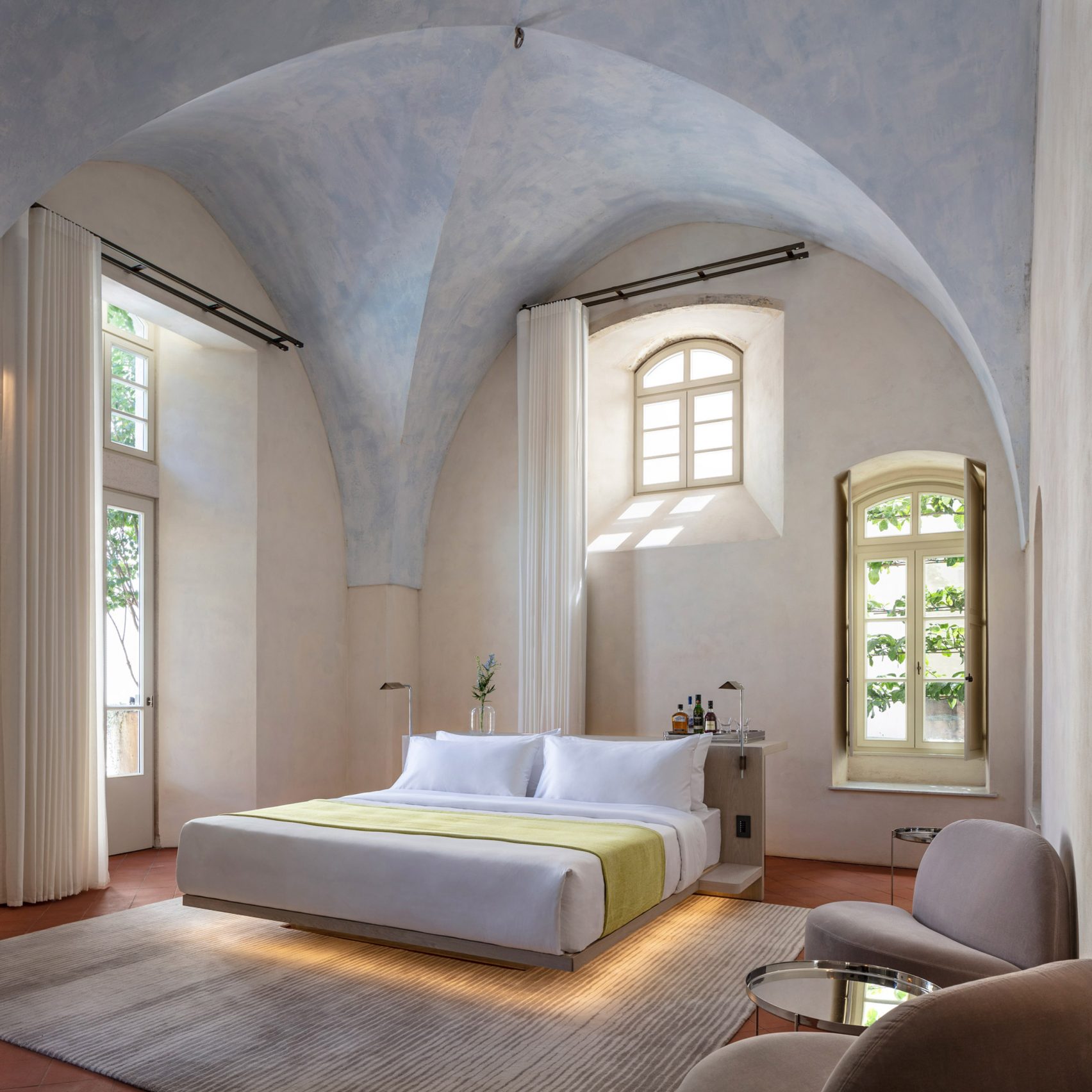 The meeting of historic and modern can also be seen in the hotel’s materials and finishings, which, in classic Pawson style, have been treated delicately to reveal the true character of the building. The owners of the hotel explain: “the plastered walls were scraped down to reveal the generations of patina that touch the building’s signage and paint patterned walls, paying homage to the building’s historic beauty.” The result is calming, with brushed plaster arches complementing exposed masonry for a uniform look that makes everything in the hotel read as part of the same story. Some of the bedrooms even have impressive vaulted ceilings that crest above the beds and display mottled paintwork, allowing the light from the windows to dance across the roof. 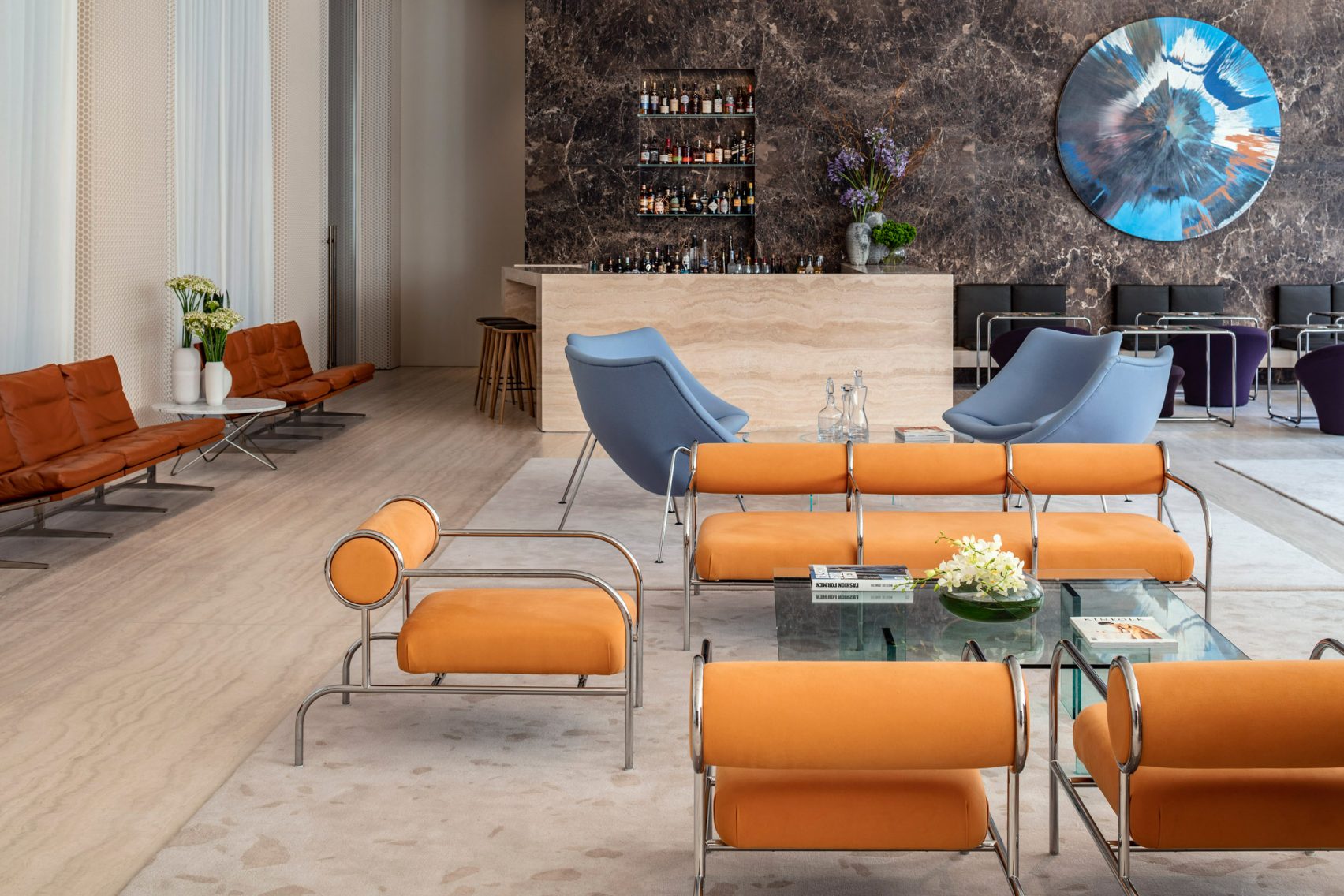 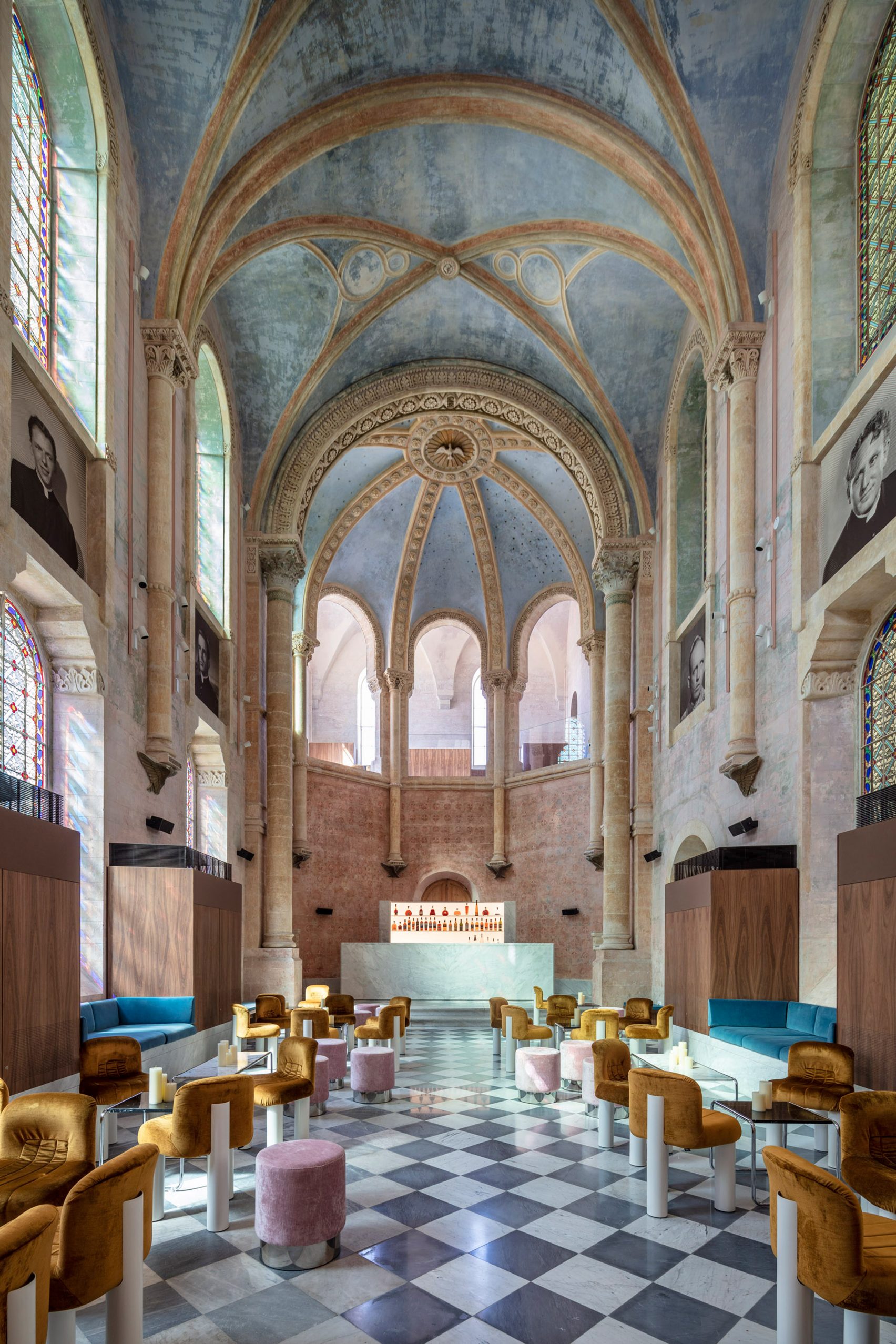 The Jaffa’s furniture and artwork are also used as feature elements. In the lobby and bar, accent colors like powder blue and burnt orange contrast with the neutral stone palette of the floor and walls. The bedrooms used muted creams and grays with the occasional splash of color to create a relaxing environment, with white bed linens and ethereal curtains completing the ambiance. Artworks by famous artists like Damien Hirst cement the hotel’s luxury status, though it’s already palpable in its restaurants, dining areas, and spa.

All in all, The Jaffa is an incredibly unique hotel that offers its guests the very best in state-of-the-art luxury, with modern conveniences seamlessly blending with traditional charm and old world elegance throughout.