Dying to climb into Elon Musk’s provocative Tesla Cybertruck? You’re in luck, sort of. Hot Wheels is now offering consumers a chance to drive a mini version until the real thing materializes.

After announcing a $400 remote control model of the vehicle in early 2020 (that’s only just now hitting store shelves), Hot Wheels parent company Mattel unveiled a new $100 Hot Wheels 1:10 R/C Cybertruck package in mid-May of this year. At one-tenth the size of the life-size futuristic transport, the Tesla mini-me is pretty fast. “Collectors will love the insane detail and epic design features of the Cybertruck, while R/C enthusiasts will marvel at its speed, reaching up to 12 mph,” the company website says. Of course, that’s only about half as fast as the first toy model. 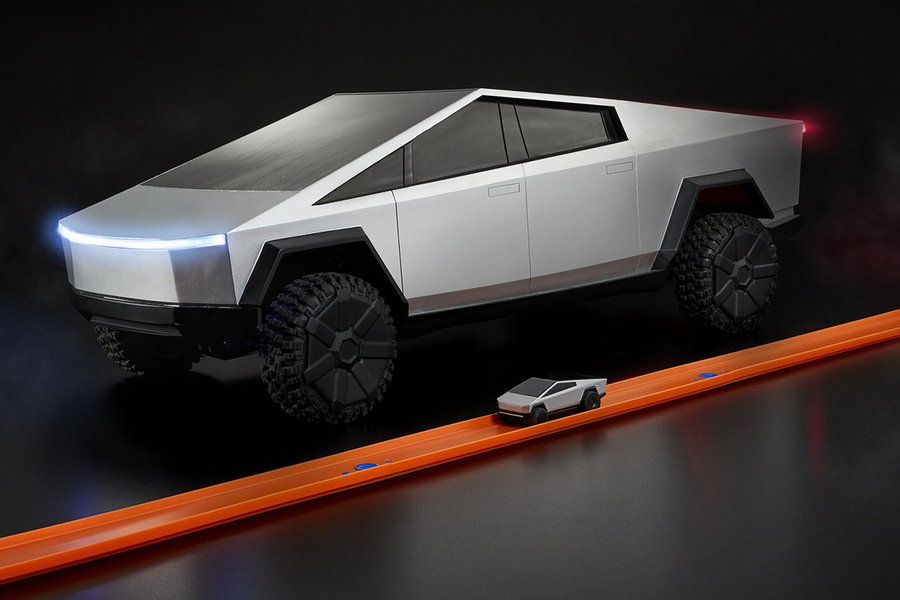 Part of those “insane details” are the working headlights and taillights. Just like in the highly anticipated real Tesla, the headlight bar wraps around the entire front end while the taillights comprise one solid bar across the back. Reviewers of the original model say that although they are mostly cosmetic, these lights are fairly powerful and could be helpful if the car were to get stuck in a small, dark space.

The new accompanying remote control is exclusive to this version, patterned after the actual Cybertruck’s U-shaped steering wheel. After three hours of charging, the battery on the truck can deliver up to 25 minutes of run time. 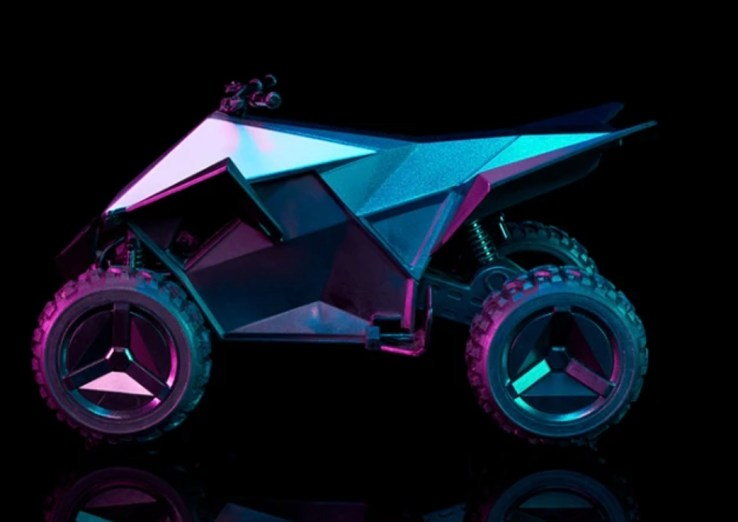 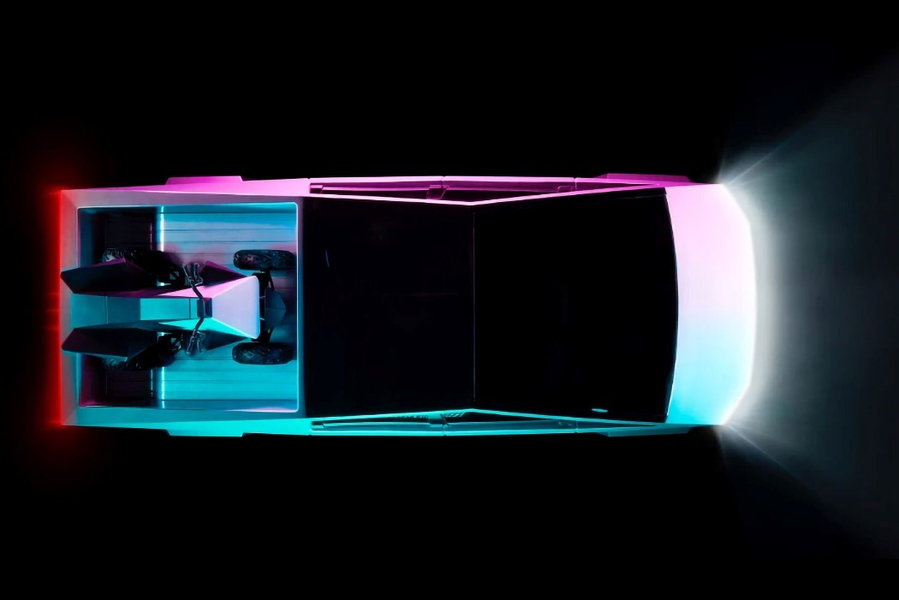 The newer replica lacks the removable body shell like the previous toy, and it’s certainly not as durable as the real-life stainless steel car. However, sneak peek reviewers have been impressed with the new R/C’s all-wheel drive powertrain, and its ability to easily maneuver through grass.

Also included in this cheaper update is a miniature free-rolling Cyberquad, Tesla’s mostly mythical all-terrain vehicle. While it’s not a power toy itself, it can be added or removed from the open truck bed just like it was in the original company presentation. Using it as a “one more thing” gimmick during the 2019 Cybertruck unveiling, company founder and CEO Elon Musk wowed the audience by loading his space-age ATV into the back of the truck, demonstrating its huge loading capacity. While the CyberQuad was later promised to be an add-on to Cybertruck package, little has been heard about it since.

As for the eagerly awaited Cybertruck itself, it’s likely to be delayed. It was initially supposed to start shipping in late 2021, but since Musk announced that the vehicle would be produced in the Gigafactory Texas, which also has not yet been completed, expectant buyers – including the 250,000 who preordered the $40,000 truck within the first week of its unveiling – should prepare themselves for a much longer wait. 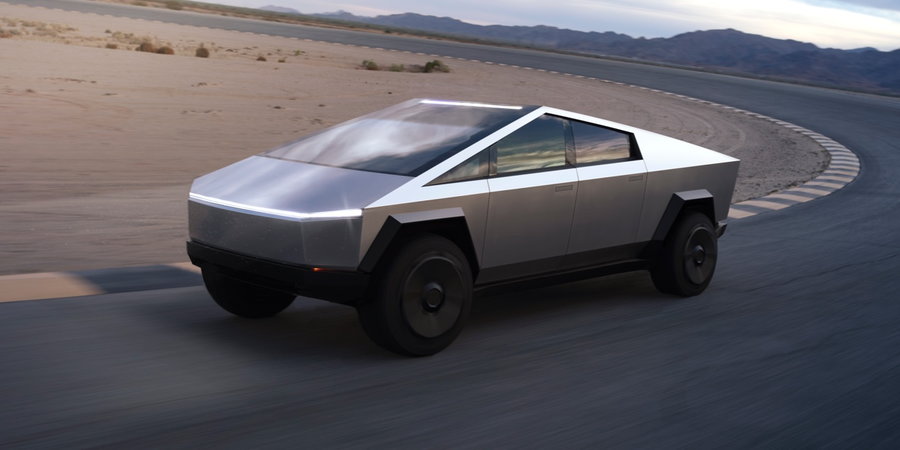 The Hot Wheels copycat seems to be just as coveted. The limited quantities sold out within hours of being made available on the company website, even with limits of “two per person, five per household.” Those lucky enough to have snagged the R/C bundle can expect it to ship by September 15th, 2021.