Trends come and go seemingly by the day. From fashion to automotive design to interior decorating, materials become the victim of bored owners looking for something new. Some things, however, are timeless. Wallpaper, for instance, has adorned the walls of homes and businesses around the globe for ages now, drawing influence from both the rice paper hung in ancient China for thousands of years and paper tapestries en vogue in Europe around 500 years ago.

Since that time, wallpaper has evolved and changed, going through a nearly constant metamorphosis to keep up with changing preferences. HomeAdvisor, a one-and-done marketplace for finding local home services, recently created a visual summary of wallpaper’s history as a nod to its importance in interior design. The study outlines wallpaper’s many stylistic transitions and provides a visual snapshot of the trends over the centuries. 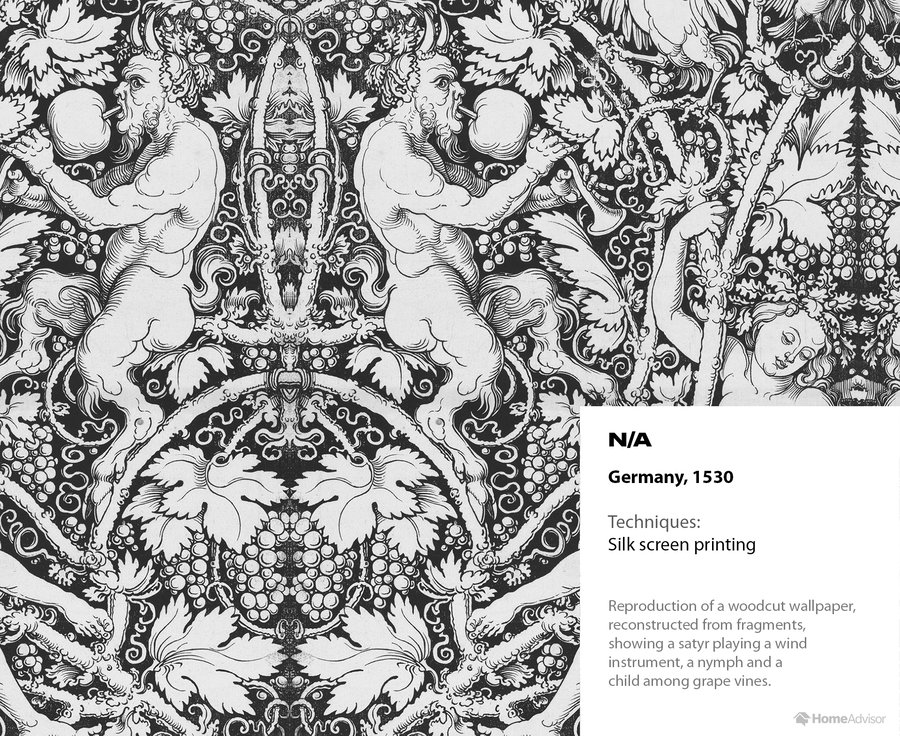 Beginning in the 1500s, wallpaper became a more affordable option than the decorated tapestry previously available, making it more accessible for the standard home owner. No longer a product exclusively for the elite class, designs centered around the block style, coming in large squares rather than today’s ubiquitous rolls. At the end of the century in 1599, a Guild of Paperhangers was even established in France. These craftsman developed wallpaper with higher-quality prints and faster production options. Then came the layering of different materials, such as flocked wallpaper, made with a dusting of powered wool. During this time, makers began gluing squares into rolls for a design that repeated across the wall. 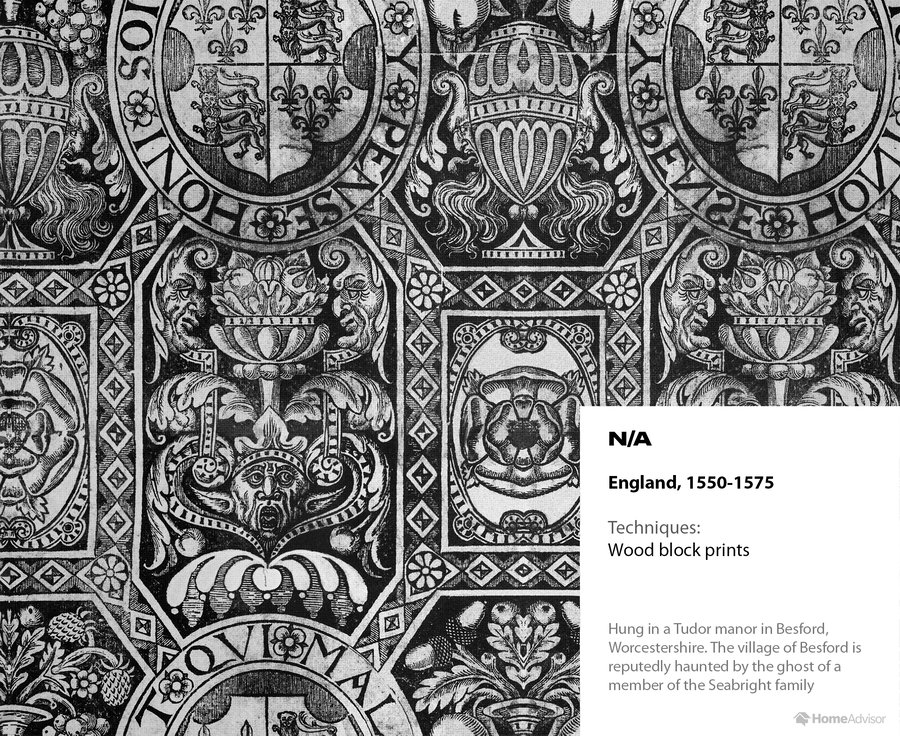 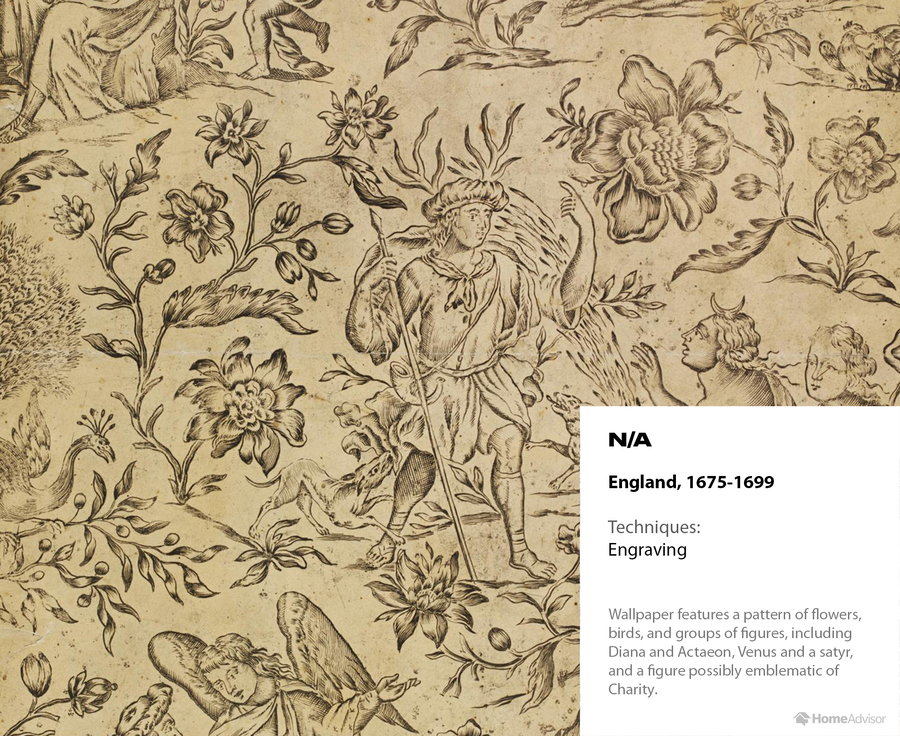 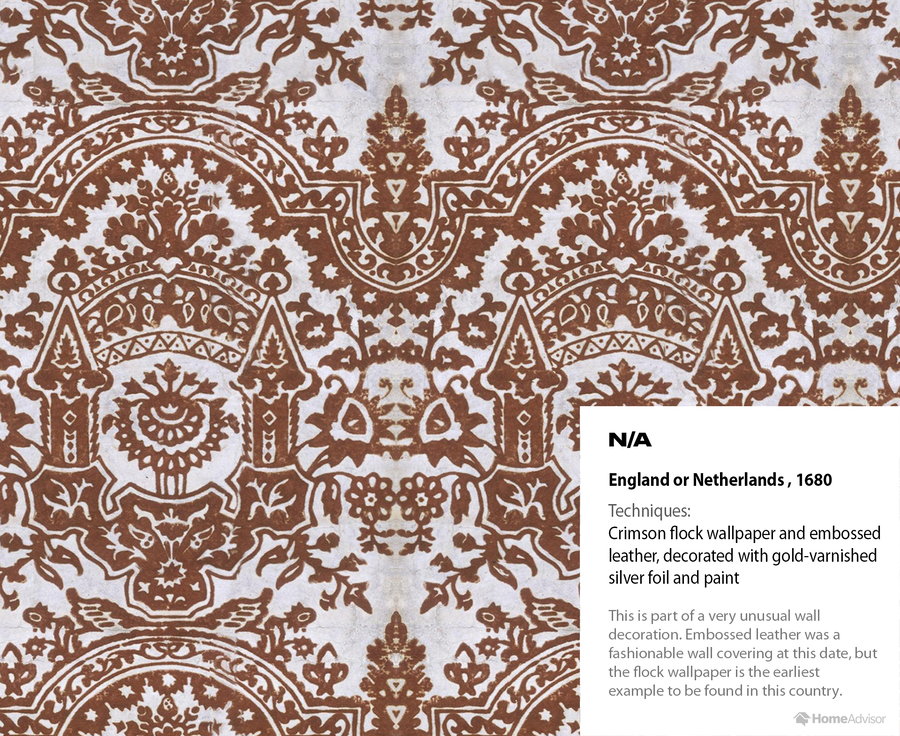 The 1700s saw wallpaper design gain popularity in America, while the British saw the government implement taxes on the already common product. At the same time, the Chinese were focused on the luxury market, painting unique designs rather than mass producing prints. 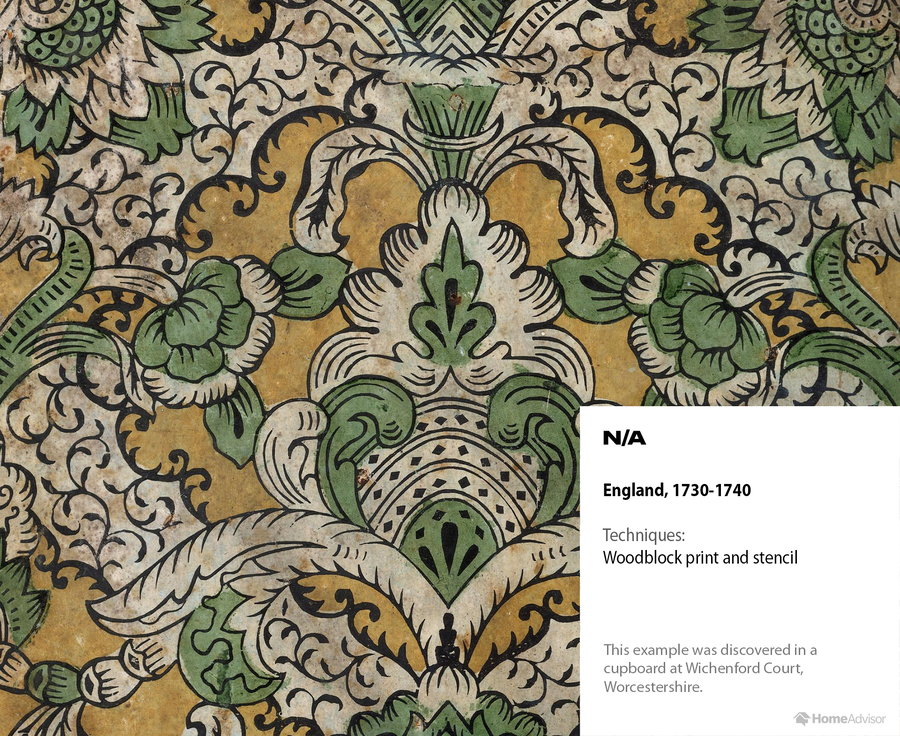 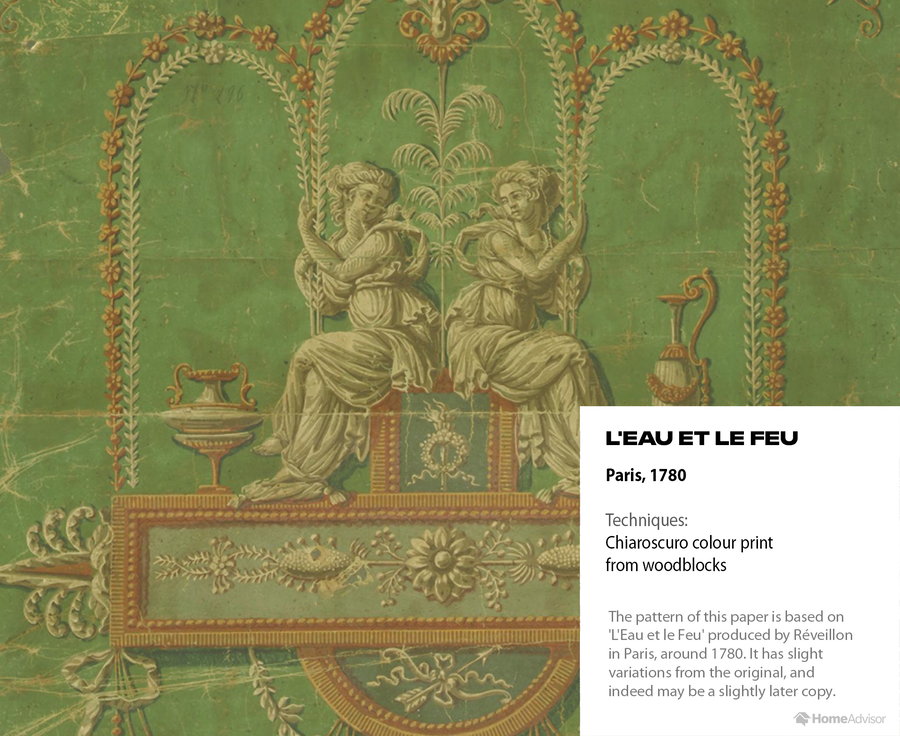 In fact, it wasn’t until the industrial revolution of the 1800s that wallpaper entered the realm of mass production. The first wallpaper printing machine rolled out lengths of the stuff, making it even more affordable for the general public. Patterns began to vary widely, offering a range of designs for the consumer. Natural elements were still popular, but geometric art and ornamental prints found an audience, too. 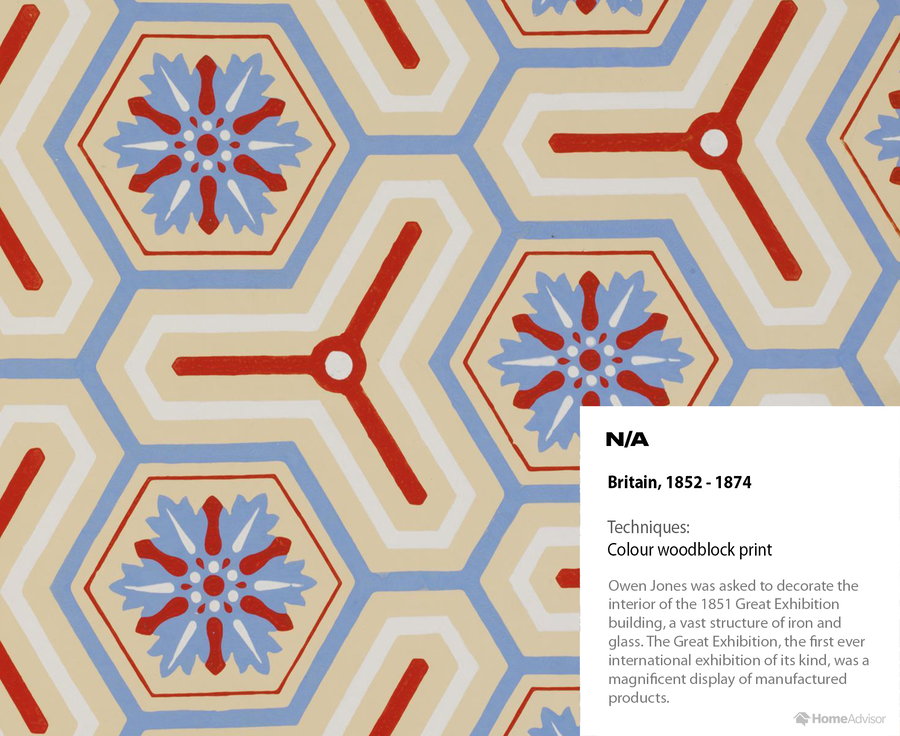 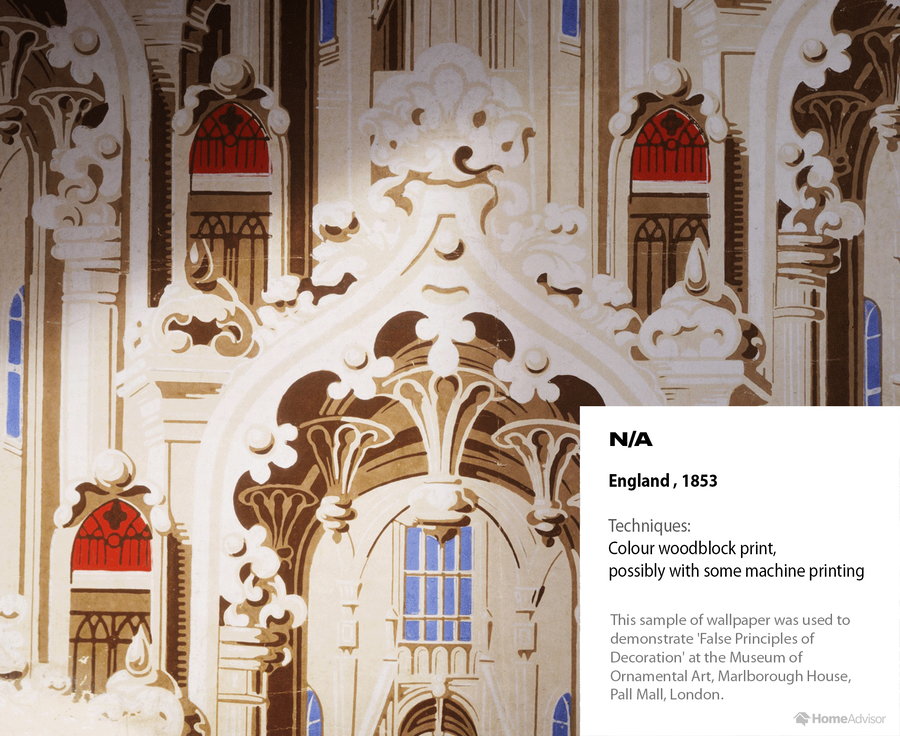 Print options continued to expand in the 1900s, ranging from bold to plain, and wallpaper became available at virtually every price point. In addition, it had become more durable and less likely to fade. 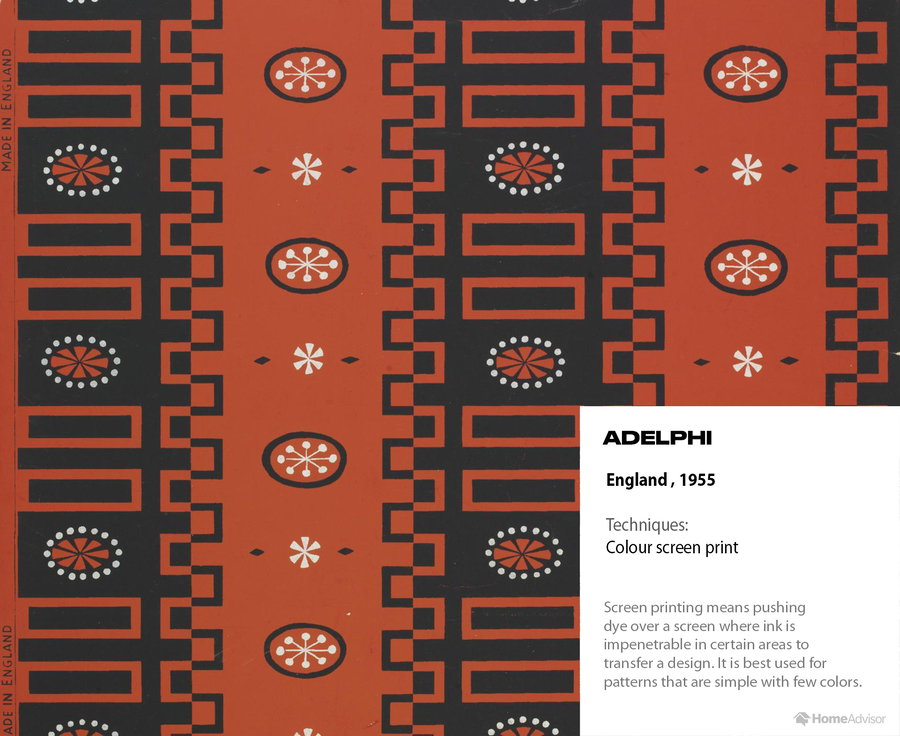 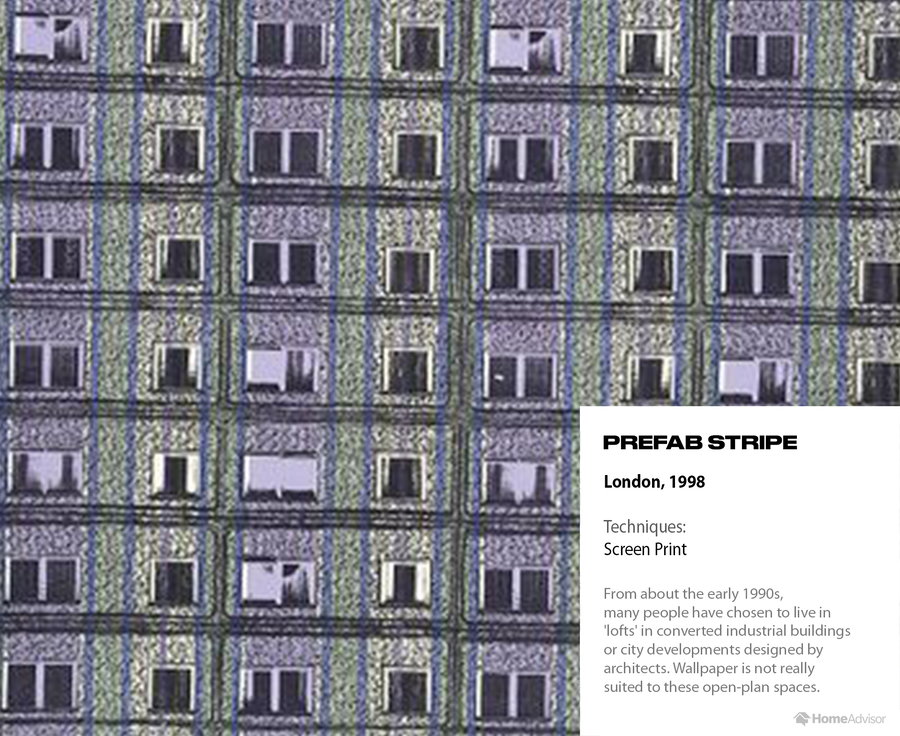 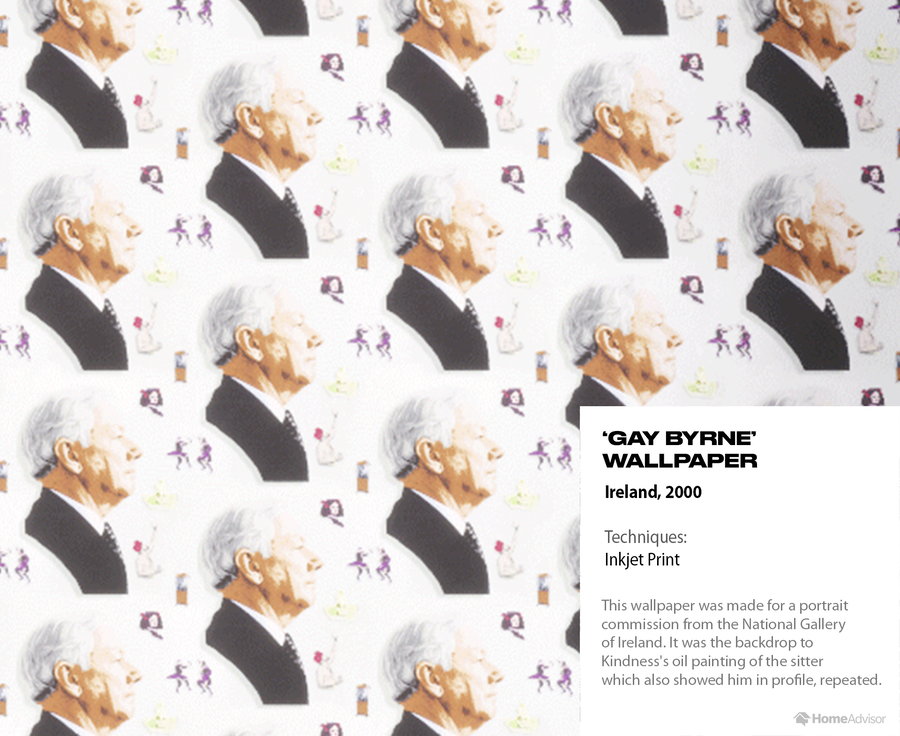 Even in the past 20 years, wallpaper continues to receive the love of designers and homeowners looking to create a unique vibe for their space. This project by HomeAdvisor provides a very modern digital look at a historical design element by creating a scrolling backdrop to a standard room. This allows the viewer to see how 12 different wallpapers darken, cheer, and transform the same space.

In addition, the team put together a clickable carousel gallery as a quick view of wallpaper printing techniques ranging from 1530 to 2009. 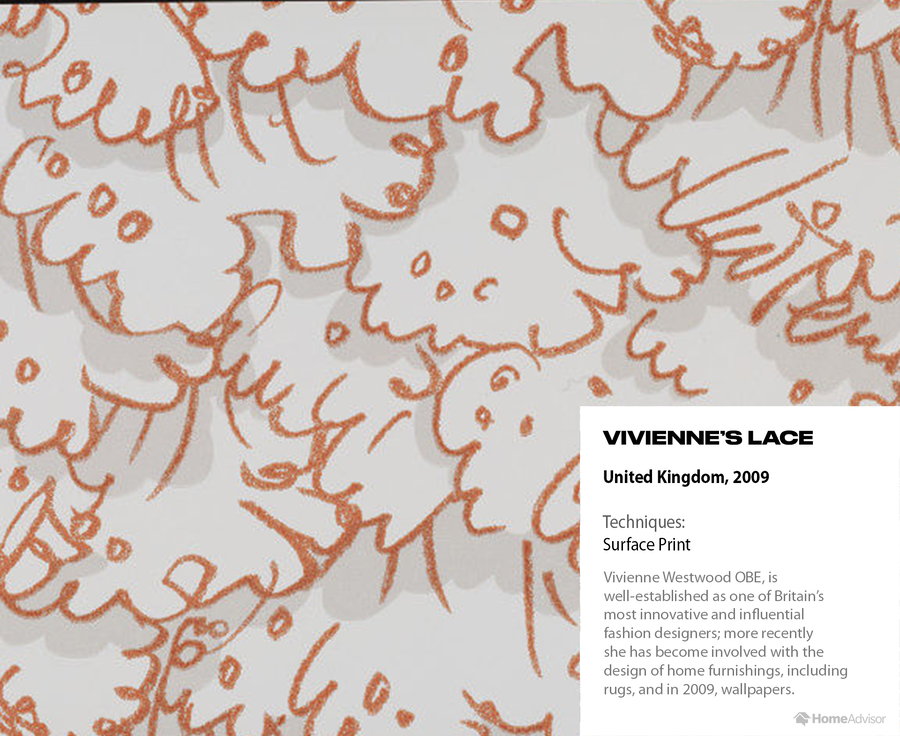 Only time will tell what the next innovations in wallpaper design will bring to rooms across the planet, but one thing is certain: if we look 500 years into the future, wallpaper will still be a tool in the standard decorator’s kit.