Contrasts and contradictions can produce some of the most engaging, dynamic designs around. Set weightlessness against solidity, light against dark, transparent against opaque, or organic against geometric, and you instantly create a sense of dramatic tension that pleases the eye. 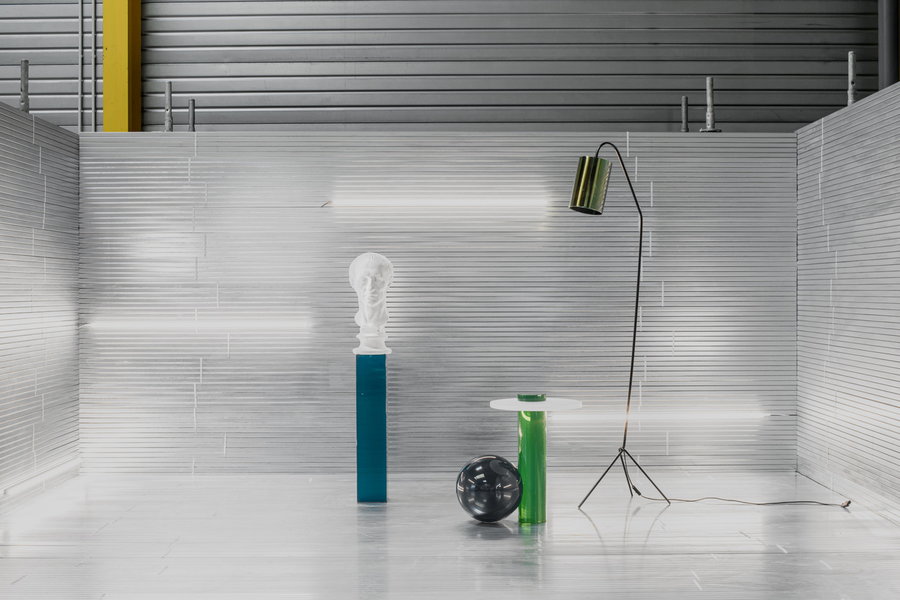 New Brussels-based creative practice Cobra Studios has based its whole postmodern aesthetic on these contrasts. Their debut furniture collection, “SOLIDS,” takes inspiration from the look of Roman architectural ruins, reimagining them through a filter of bright colors, minimalist shapes, and sculptural functionality.

Founders Kenny December and Hugues Delaunay traveled to Rome to study the city’s magnificent ruins before working on the collection. Delaunay in particular has been fascinated by them since childhood, and what interests him most is the way these relics of another era of humanity have remained the same while the modern city sprouted up around them. 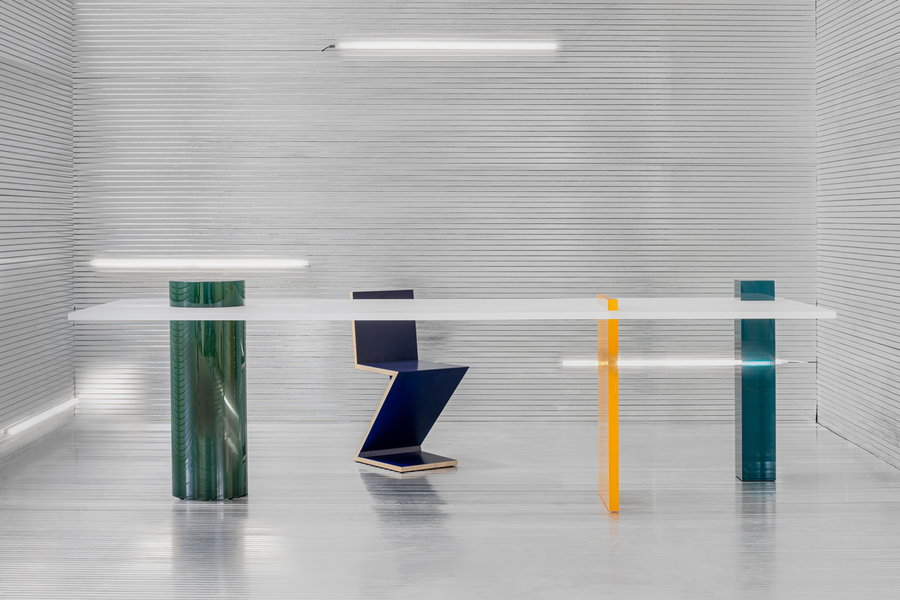 In “SOLIDS,” the columns and crumbling walls of monuments like the Roman Forum are simplified into pure resin cylinders, spheres, rectangles, and discs resembling hard candy. Varying in size and translucence, these shapes pierce through sheets of frosted acrylic. The designers wanted them to have a certain brevity and playfulness despite the rather serious source of their inspiration. 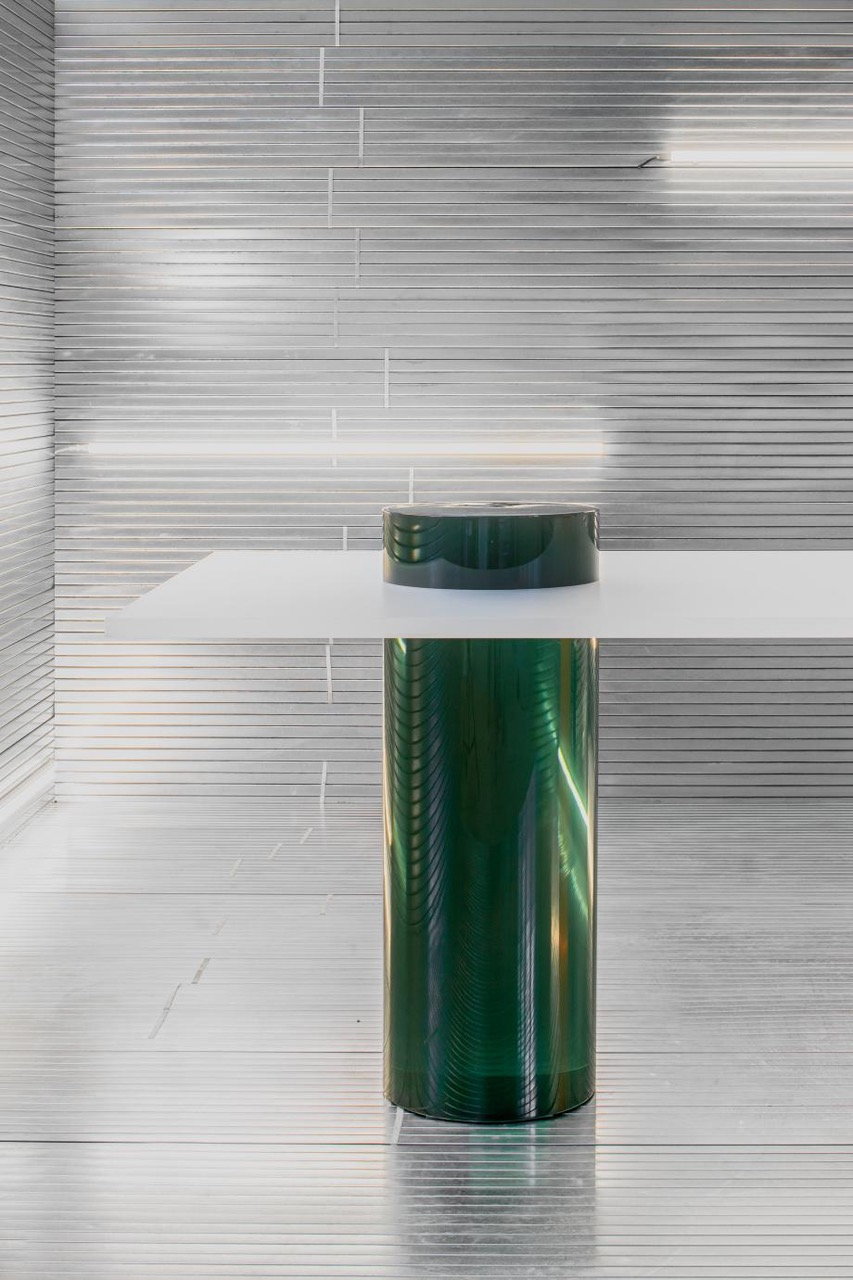 They explain that “the mix of heavy, solid legs and a thin, soft top evokes a feeling of comfort and clemency. The supporting elements are so present that they pierce through the table tops, marking the presence of what lays underneath. Their presence organizes the tables. The top that used to be an element of priority, becomes merely a connecting piece. This ancillary function is emphasized by the matte, chalk finish.”

“The designs seek for contrast. The supports are heavy, yet transparent. Colorful yet cold. Hard, yet so soft. The distinct volumes can function as singular elements, but they decided to stay connected. The intersecting and contrasting pieces, free-standing, will hit their mark in any interior.” 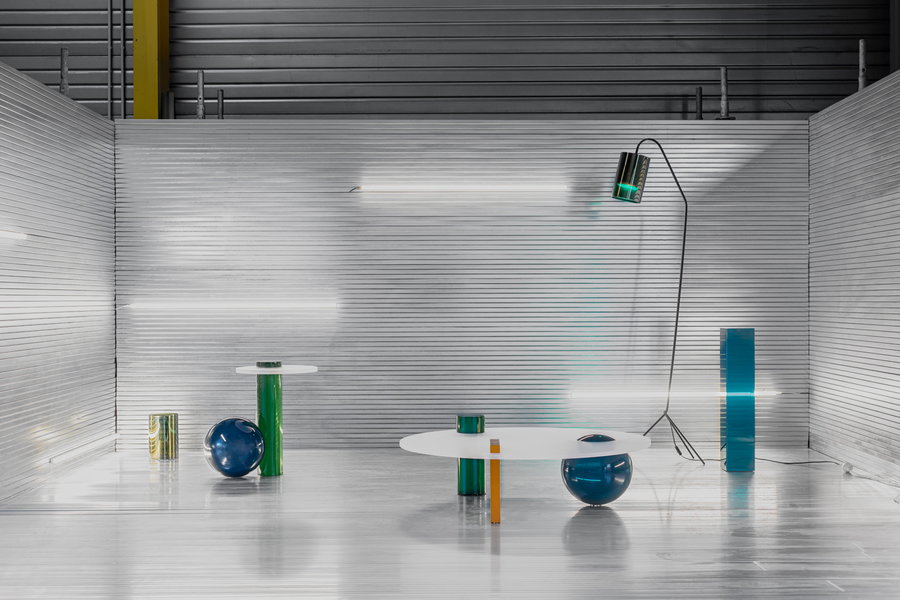 The “SOLIDS” collection consists of coffee tables, side tables, dinner tables, and complementary lamps, with names like “Cicero,” “Priape,” “Santa Maria Dei Clarici,” and “Otho” after Roman churches, gods, and generals, all in shapes that “affirm the graphic design.” The floor lamp features a cylindrical glass shade supported by a thin three-legged stand, casting a green light on each of the tables.

Cobra Studios was born when architect December and scenographic designer Delaunay needed a new dining table for their apartment, and subsequently decided to make the perfect one themselves. Bringing their diverse skills and talents together, the duo experimented with materials and shapes to find their own defining aesthetic and identity. 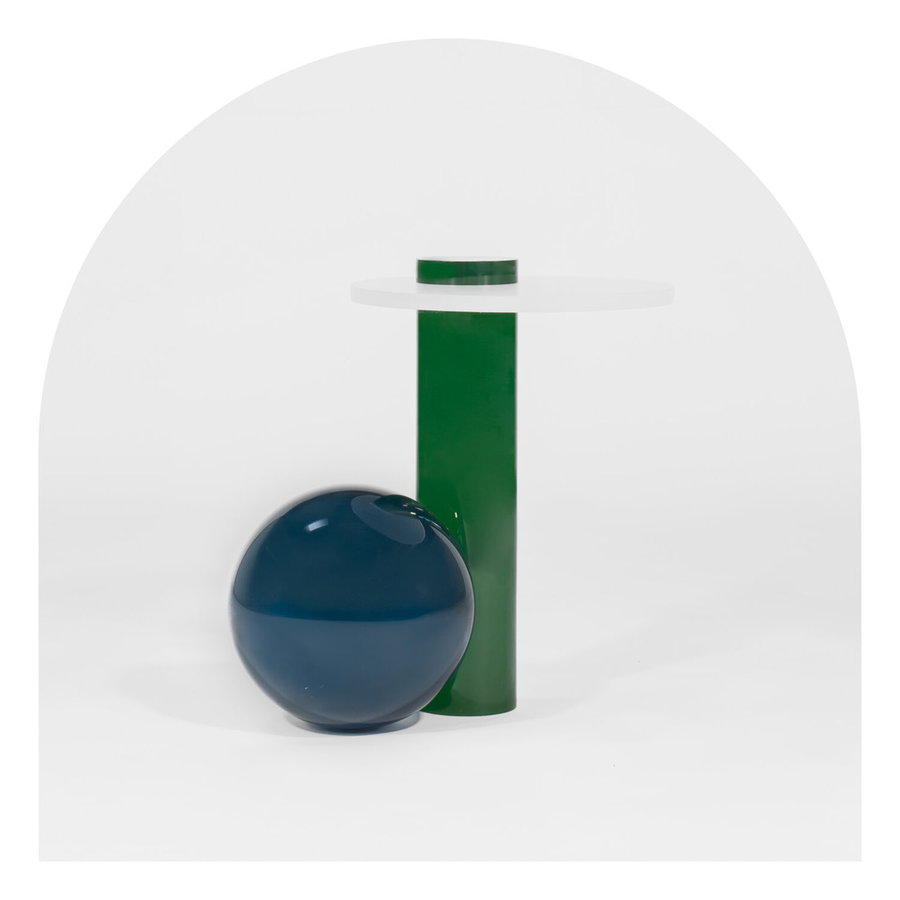 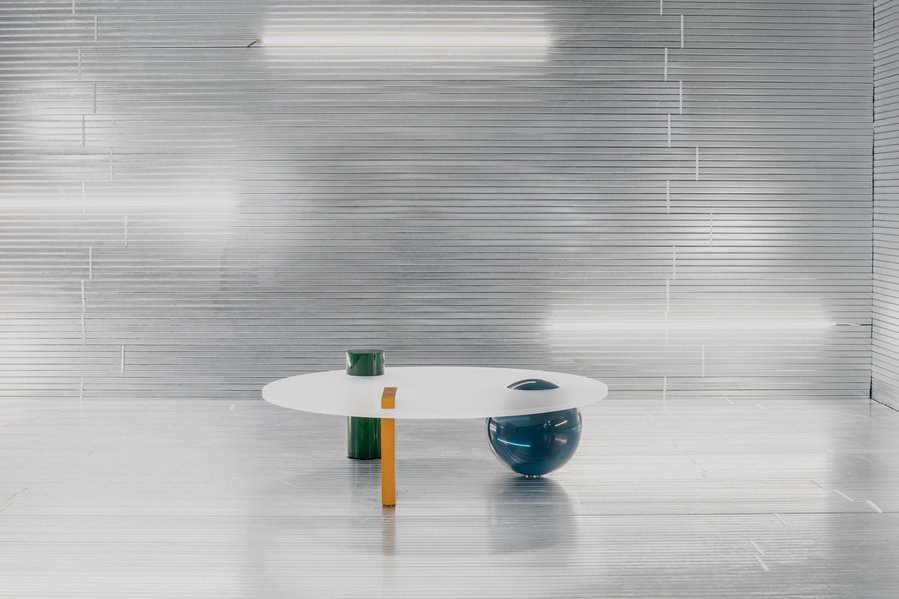 “Hard shapes need to collide with soft touches. The pieces need to be minimalistic yet very decorative. Every piece needs to withstand time and art movements. Cobra Studios tends towards creating a world of its own, a certain form of light living, naïve but such fun.” 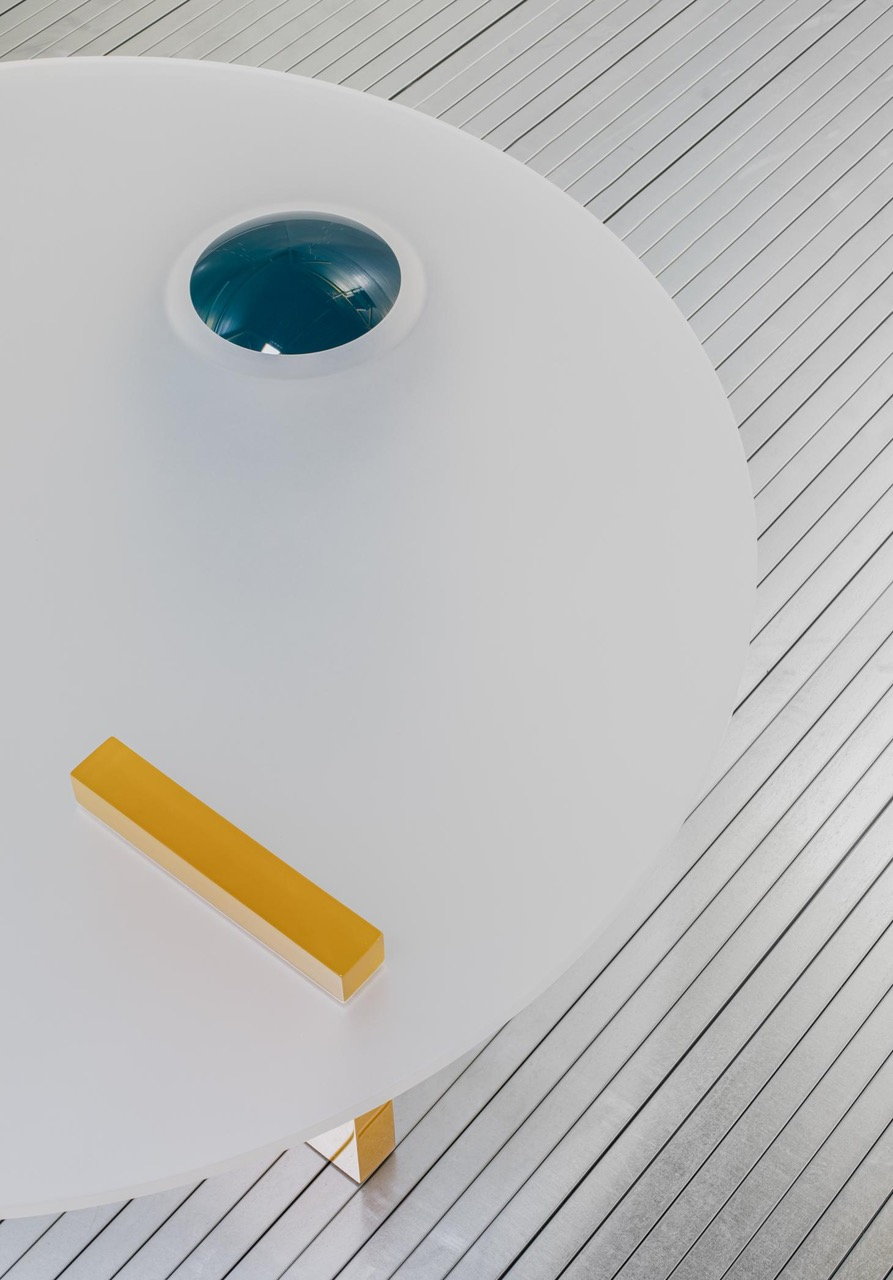 The designers also told Wallpaper that they’re playing with natural materials like terracotta and stone for their next collection, so we may see an interesting pivot from the synthetics of “SOLIDS.” Whatever they come up with, there’s no doubt it will be fresh and creative.