So expertly does Cecilia Paredes camouflage herself against vividly patterned backdrops, the only thing that immediately gives her away is her shock of dark hair. Her painstaking process of painting her own body to match the walls nearly succeeds in making her disappear altogether. Every flower petal is almost perfectly rendered, every shade exactly matched. But these images are more than just pretty pictures or evidence of artistic skill; they’re enriched with hidden meaning that gives us a fascinating glimpse at the artist disguised in each scene. 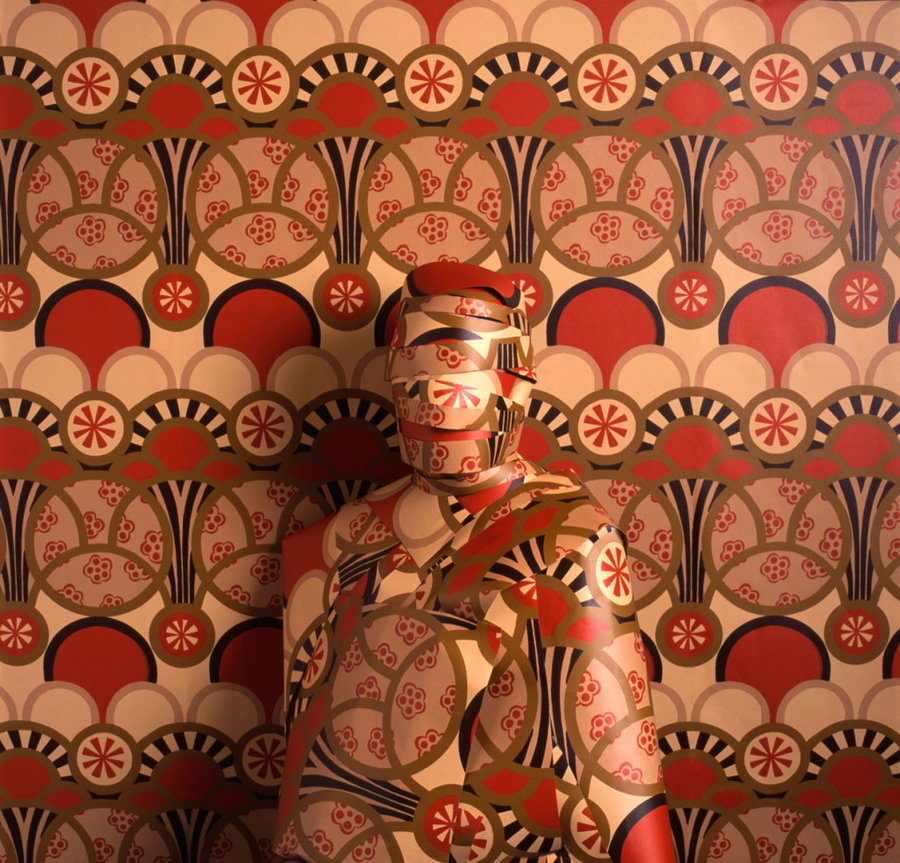 Born in Lima, Peru in 1950, Paredes draws from a deep cultural connection to nature and a fascination with the process of discovery. Working solely in the realm of self portraiture, Paredes makes herself virtually invisible, treating her own image like that of a rare creature to be hunted in the jungle. This is especially apparent when you consider the evolution of her work. In the early 2000s, Paredes completed a series in which she painted herself to look like some of nature’s strangest animals, like armadillos, snakes, and skunks, as well as mythological creatures like gargoyles.

The works were autobiographical, she says; she felt a kinship with “loner” animals and those seen as strange. The works also reflected her desire to fly. Her aim was to erase signs of gender altogether and blur the boundaries between humans and animals. As time went on, more manmade elements began to appear, and her more recent works featuring wallpaper illustrate how she felt as an outsider after moving to the United States. The “nature” is forced and two-dimensional, no longer her native environment, while the three-dimensional artist comes close but never fully succeeds at blending in. 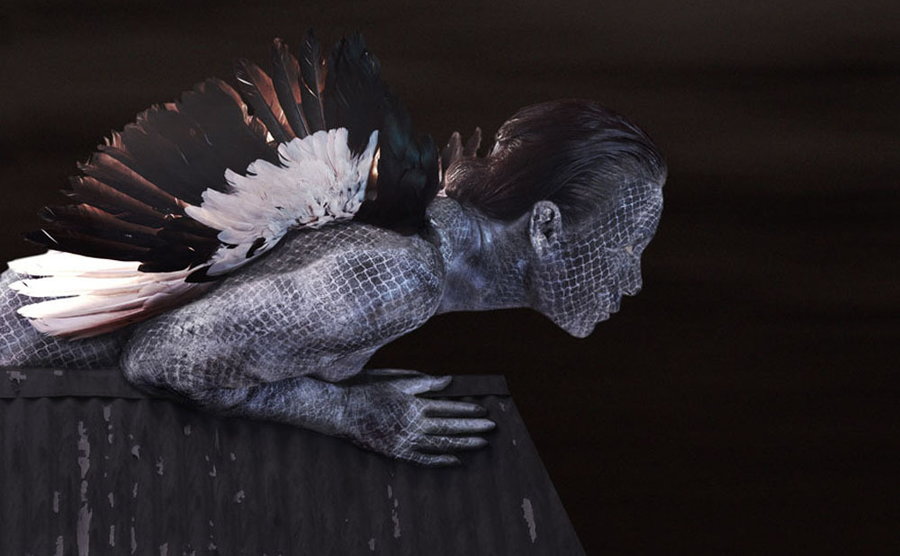 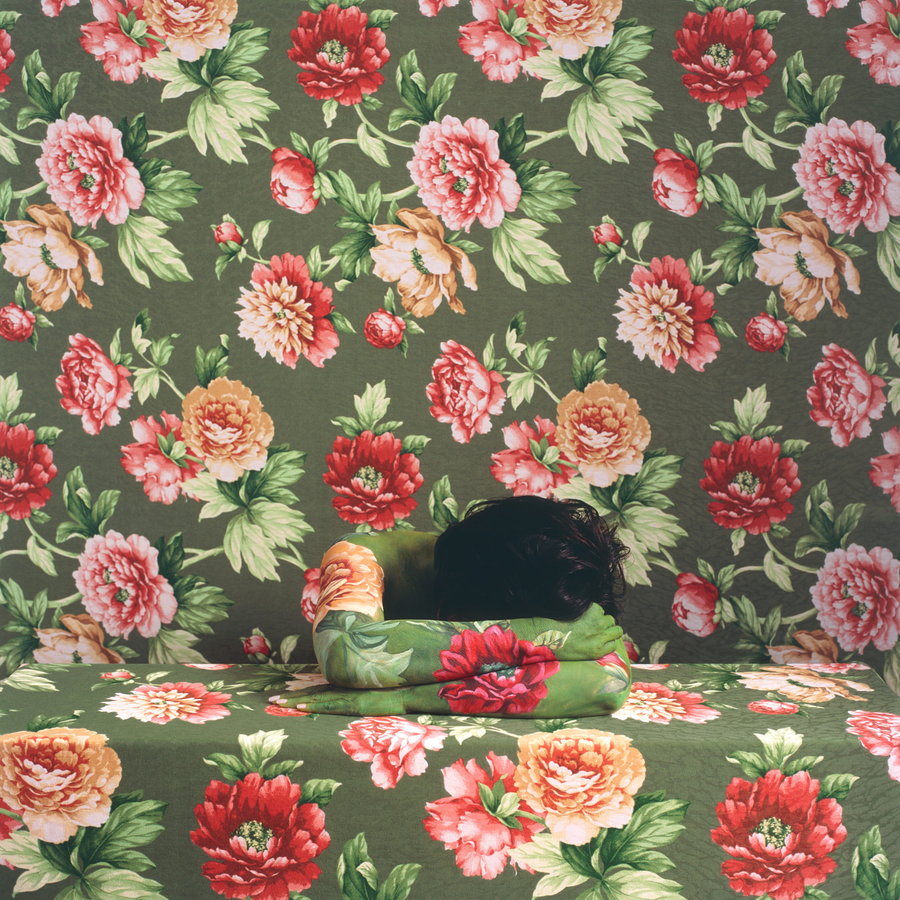 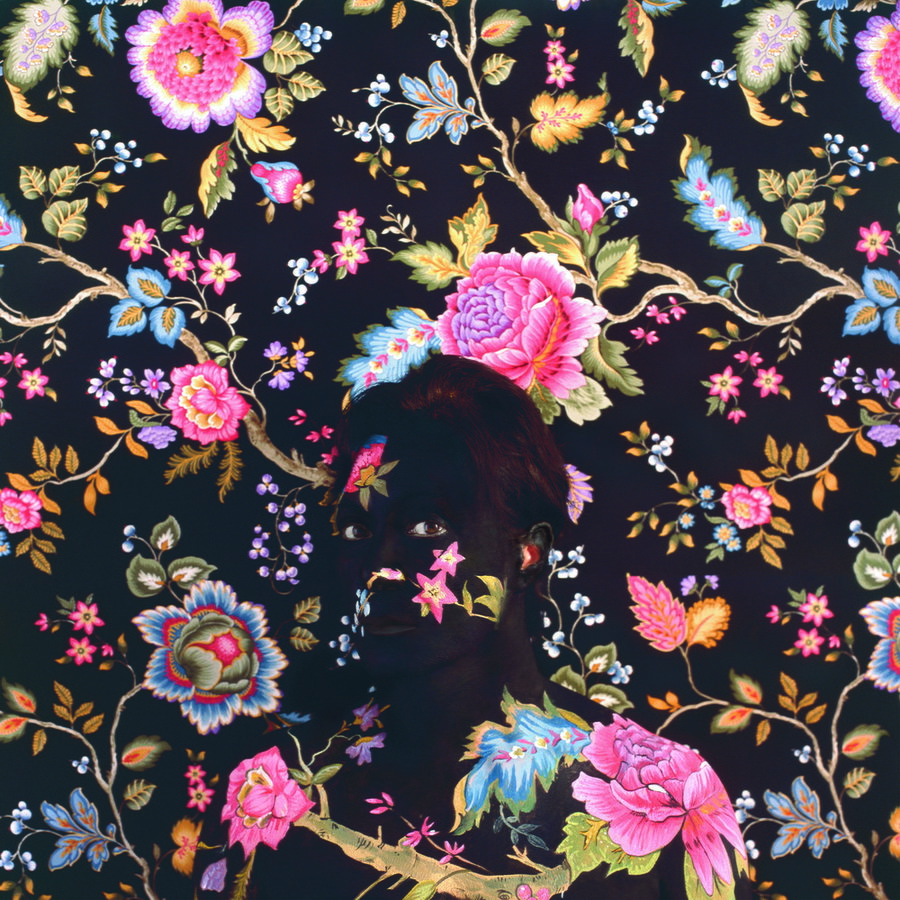 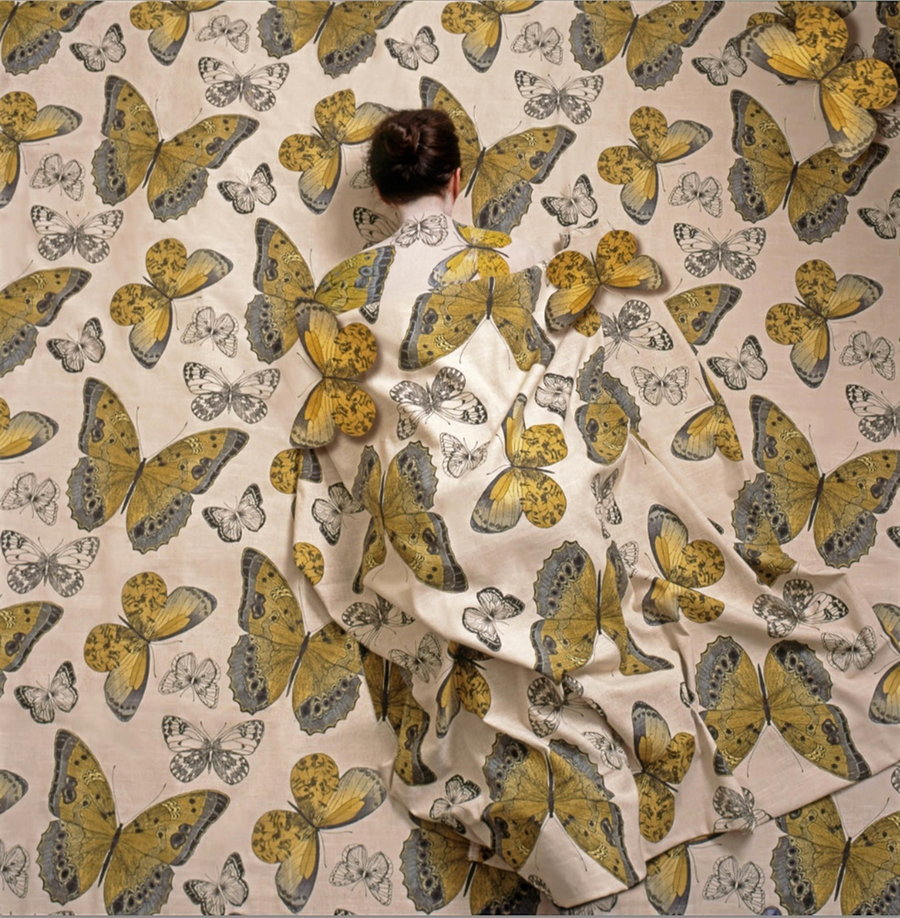 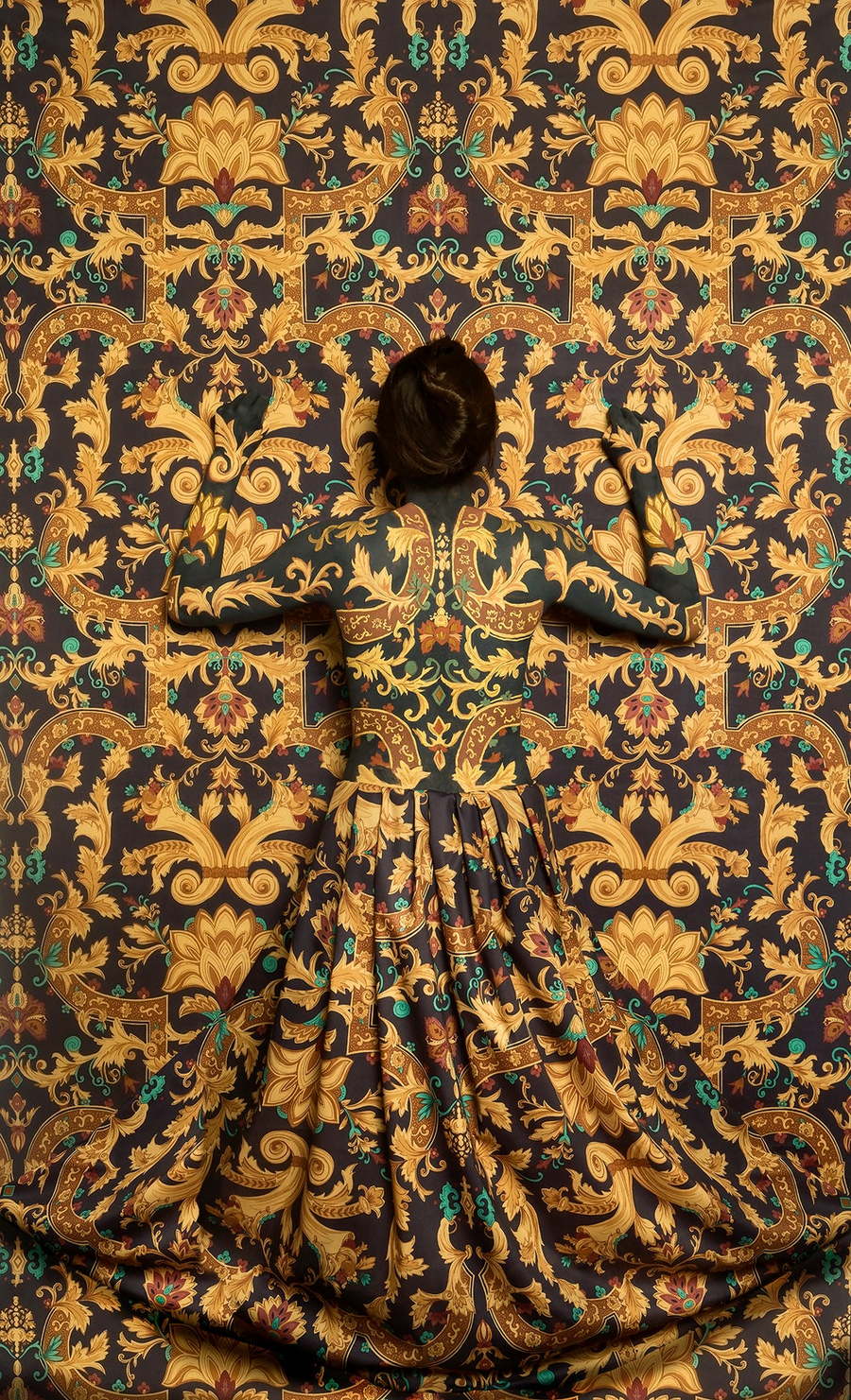 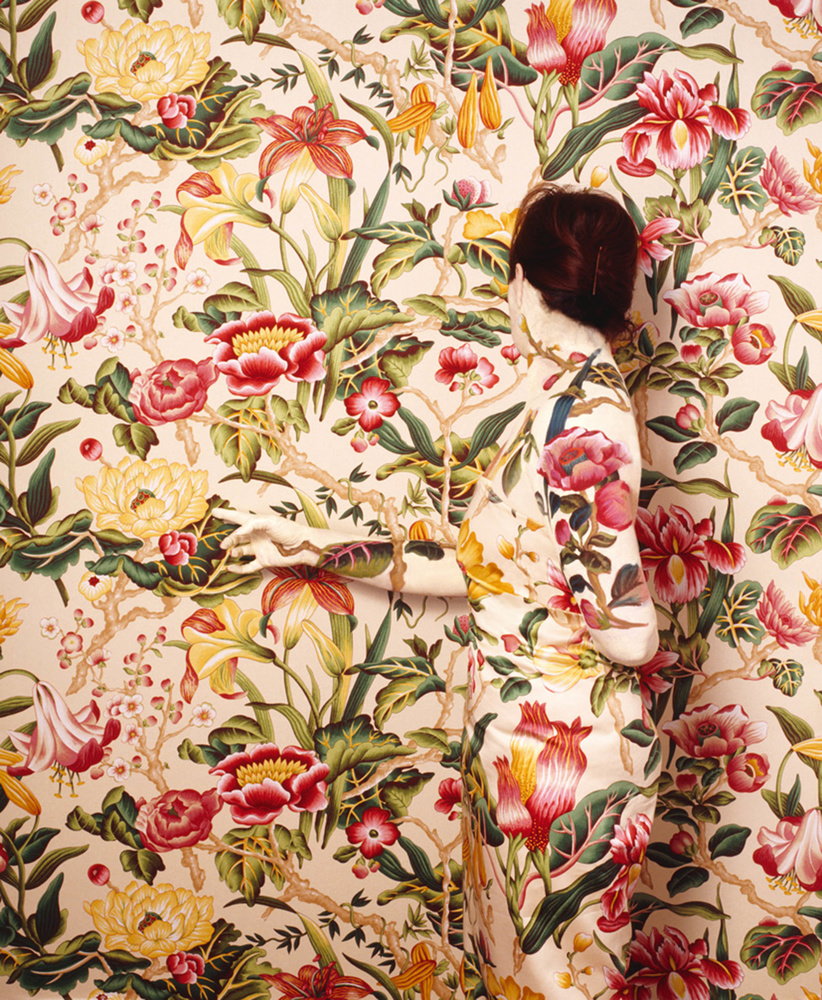 “These works talk about migration and re-location and longing… My life now is pretty nomadic, so behind each image there is a story about a place I have been attached to but had to leave, or a new place where I am living now … how we have to come to terms with such circumstances,” she says in a January 2020 interview with Australian magazine Talking Pictures. “The series started with a static figure. Later the figure gets to ‘participate’ in the action by moving and imitating the background. Then, in the ‘Warriors’ series, the character interprets, grabs, destroys, and appropriates the wallpaper for her own needs and purposes.”

There’s no Photoshop or other digital manipulation happening in these photographs. Paredes plans each composition down to the smallest detail. From afar, the illusion is near-perfect, but if you zoomed in far enough, you’d see the brushstrokes, which the artist likes to leave visible. They add a small but perceptible layer of messiness, alongside Paredes’ own bodily “imperfections” like wrinkles, hair, and scars. 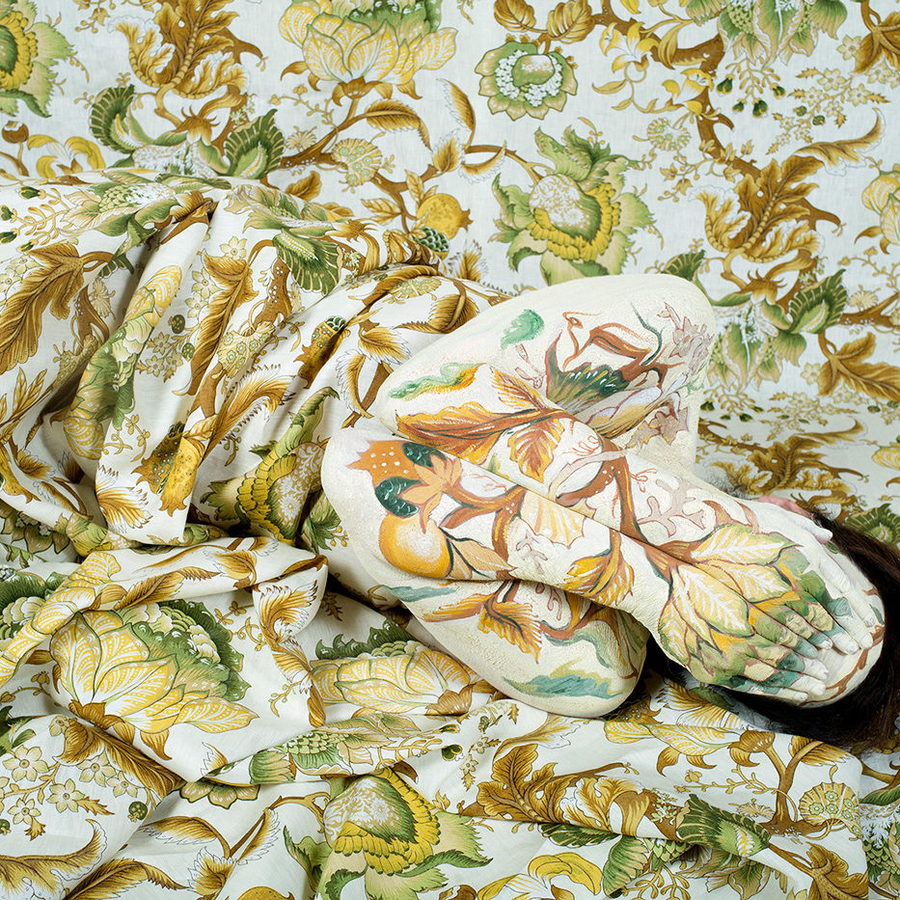 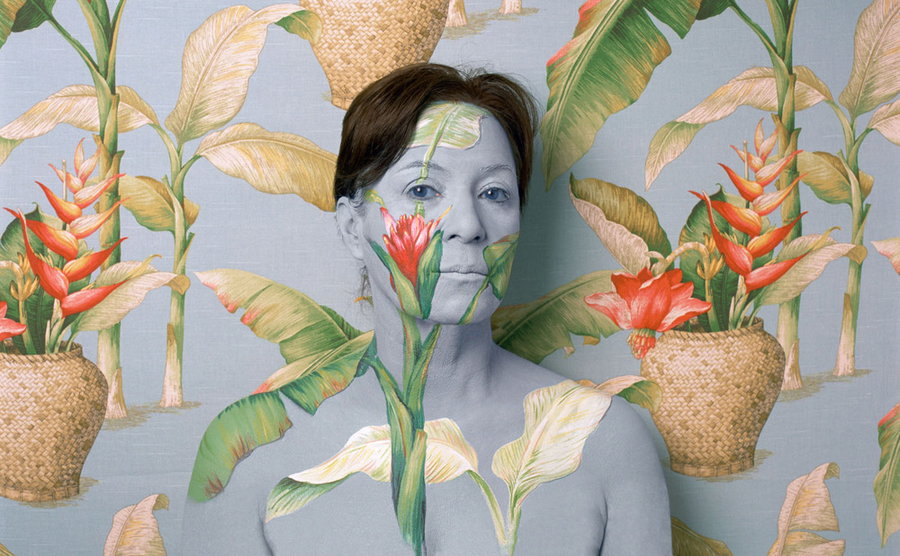 The artist’s theater background comes into play, as well. What we see is the final image, the work that’s presented to the world. But for Paredes, each photograph is just a tiny sliver of what actually took place. She sees each one as a private performance that’s only for her to experience and mull over. “I get pretty much caught up in the performance itself, and sometimes it stays within me for a long time,” she says.