Tesla’s Cybertruck won’t be available until 2022, but people are already coming up with fun ways to modify it into something even more unusual. The CyberLandr is an add-on retractible camper that mimics the Cybertruck’s futuristic angular shape, popping up to offer comfortable digs on the road and disappearing completely into the bed when it’s not in use. Lance King, CEO of software and artificial intelligence company Stream It, came up with the idea when he was preordering the Cybertruck and realized no existing camper was going to fit the truck’s unique body shape. 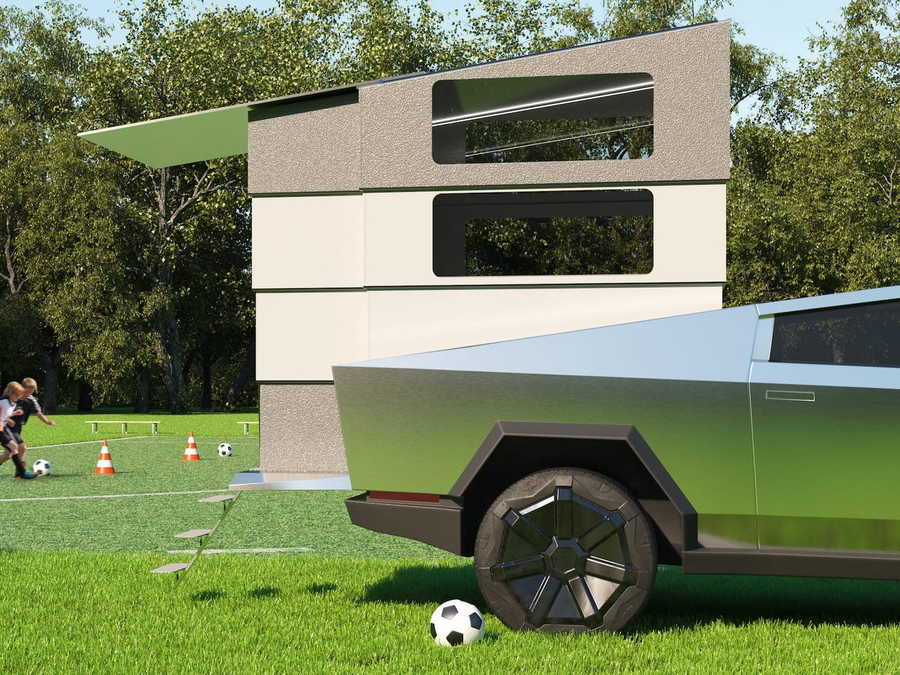 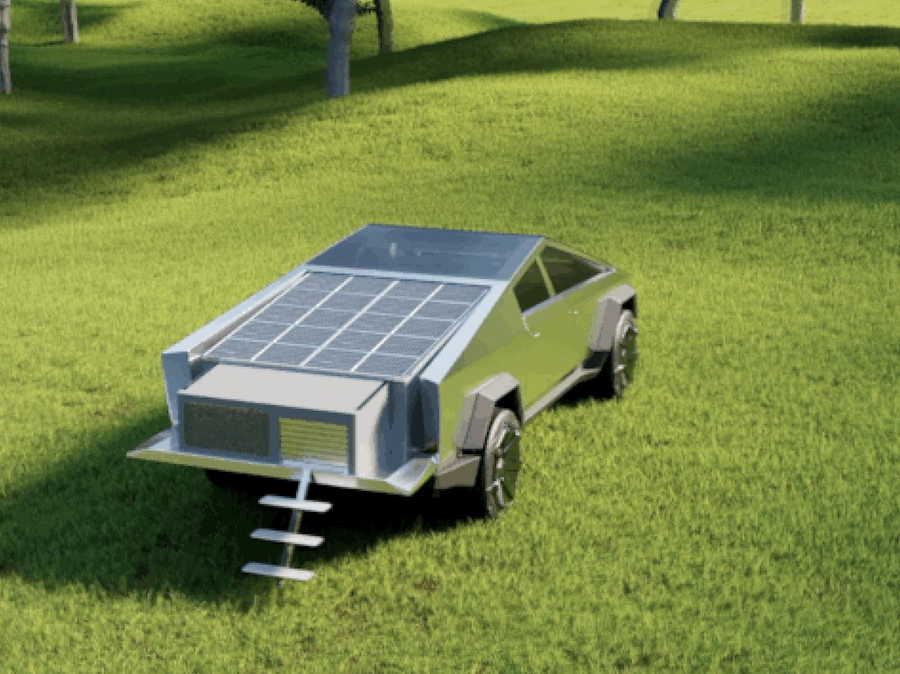 “The only company I can think of that could do that is my company,” King told Business Insider. “We’ve got the software developers; we’ve got the AI; and we’re really creative. We wanted it to be a Tesla-like experience even when you were in an RV.”

That means the CyberLandr is more than just a hunk of metal and plastic that fits into the back of Tesla’s controversial pickup. It’s a piece of high-tech machinery that aims to level up the whole camping experience using Stream It’s AI sensors, solar power, and the ability to connect to Elon Musk’s StarLink satellite internet service. In other words, anyone toting this camper around in their Cybertruck definitely won’t be roughing it.

The uniqueness of the CyberLandr’s design starts with its form factor. Since it fits so snugly into the truck bed, it’s only revealed when the tailgate is opened, offering a fold-out set of stairs and a pop top that rises surprisingly high for comfortable standing height inside. This compactness when closed means the pickup’s center of gravity is maintained during travel, its aerodynamic drag is unaffected, and the driver’s rear visibility is unimpaired. The 1,200-pound weight of the camper is estimated to reduce the range of the electric truck by just five percent, and the whole thing can be lifted in and out of the truck using a special dolly. 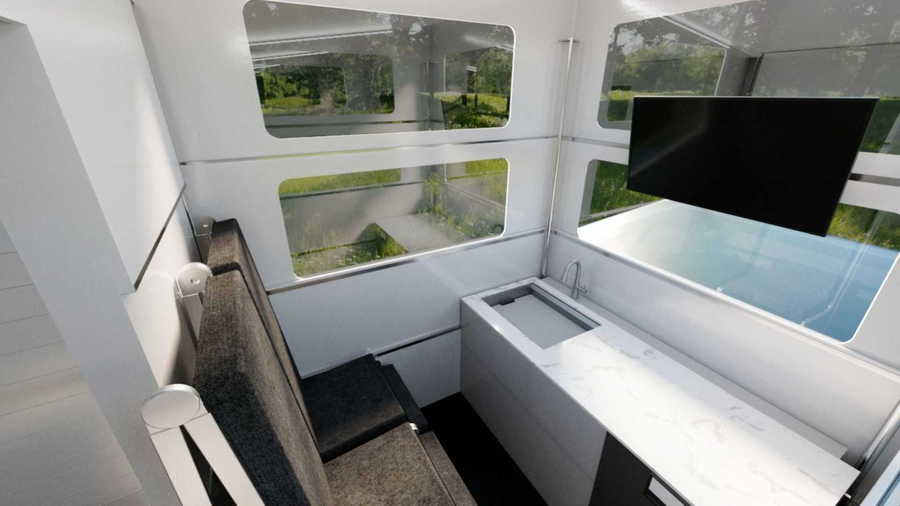 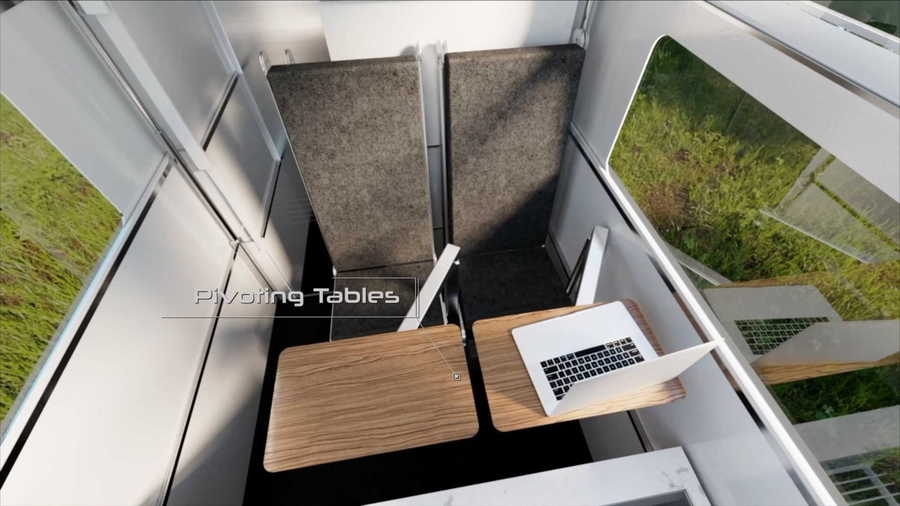 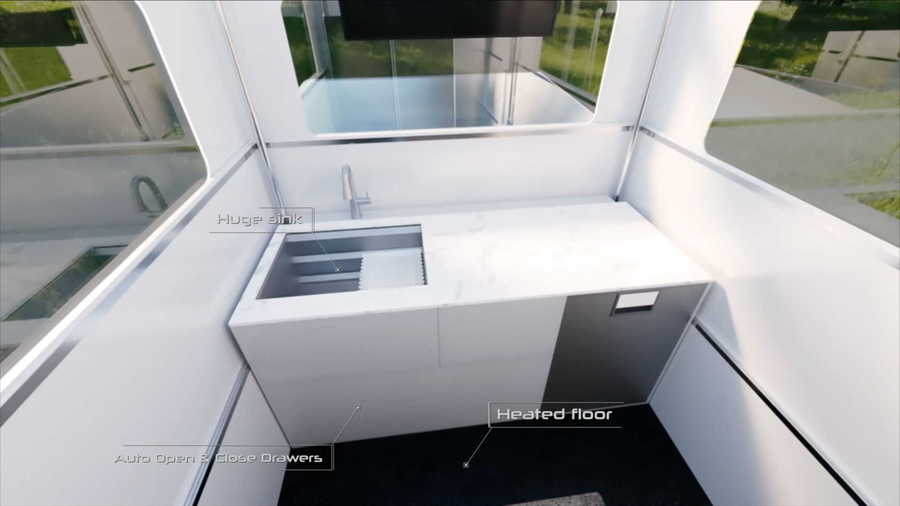 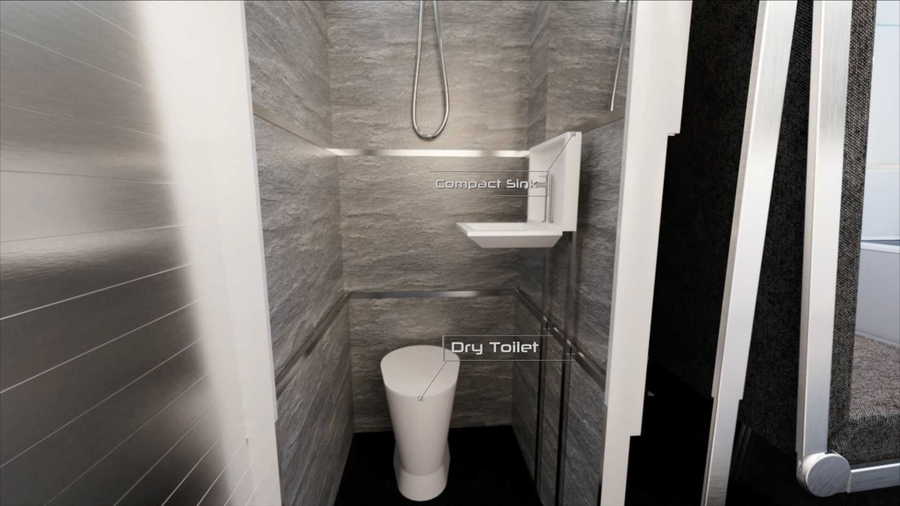 Capable of holding 40 gallons of fresh water and 20 gallons of gray water, the CyberLandr camper manages to pack a functional bathroom into its tiny footprint, featuring a spa-style shower head, heated one-piece porcelain floor, and a self-cleaning dry flush toilet that eliminates the need for a black water tank. The shower and sink water can be continuously recirculated thanks to an onboard four-stage water filtration system with UV sterilization, which also allows you to safely refill the fresh water tank from a source like a river or stream.

Inside, you’ll also find a built-in kitchen with an intelligent faucet featuring touchless voice control, a built-in colander, wash bin, drying rack, and cutting board, along with a five-square-foot porcelain countertop, an invisible induction cooktop, and a compressor fridge. A set of freestanding chairs and pivoting tables slide out of the walls to offer seating inside the camper or outside, if you want to dine al fresco, and they transform into a queen bed when it’s time to hit the hay. A 32-inch smart TV, dual pane windows with electrochromic dimming, a built-in surround sound system, and voice-activated home automation with a 360-degree-view surveillance system add to the sense of a luxury home on-the-go. 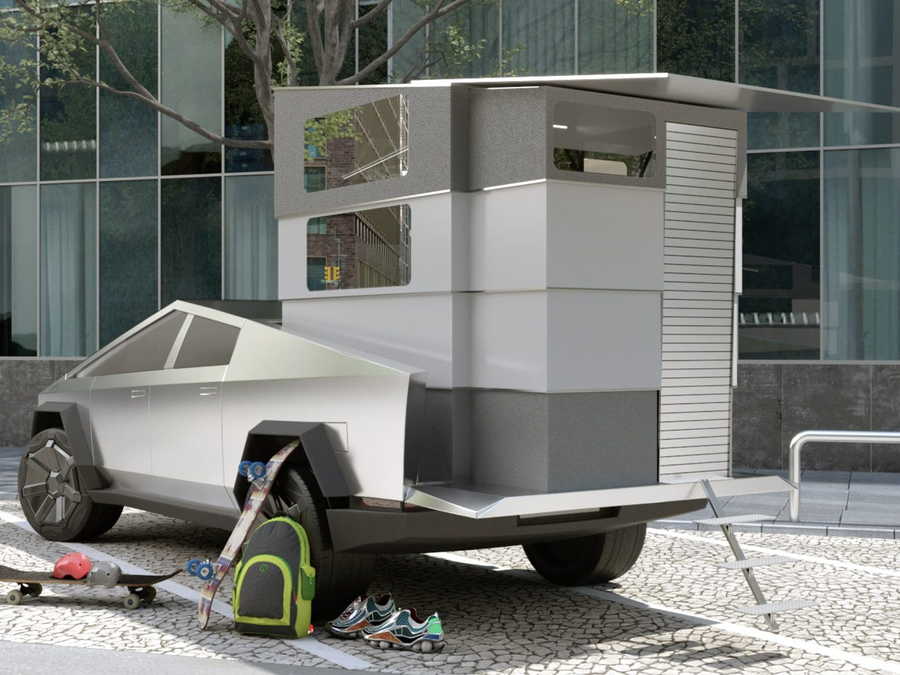 All 20 initial CyberLandr offerings at a discounted price of $39,995 have sold out, but you can still place a preorder at the $43,995 tier for a deposit of just $100. If you prefer to wait until this thing is actually built and on the market, you’ll pay $49,995, which is higher than the base price of the Cybertruck itself. Let’s be real, though – the kind of people who would drop the cash on this high-end, Tesla-specific camper aren’t sweating the price. Production is supposed to start later this year with development and testing beginning after the Cybertruck is available sometime in 2022.

What does Elon Musk think of the CyberLandr camper? One word: “cool.”