Furniture that comes to life has been delighting audiences since 1936 when Mickey Mouse starred in Thru The Mirror, where a rocking chair, nutcracker, umbrella, radio, and telephone, among other decor pieces, frolicked around with him during a dream sequence. The Brave Little Toaster had a life of its own in 1987, and Beauty and The Beast featured a wardrobe, clock, candelabra, teacup, teapot, and feather duster moving as nimbly as a roomful of jitterbug contestants. 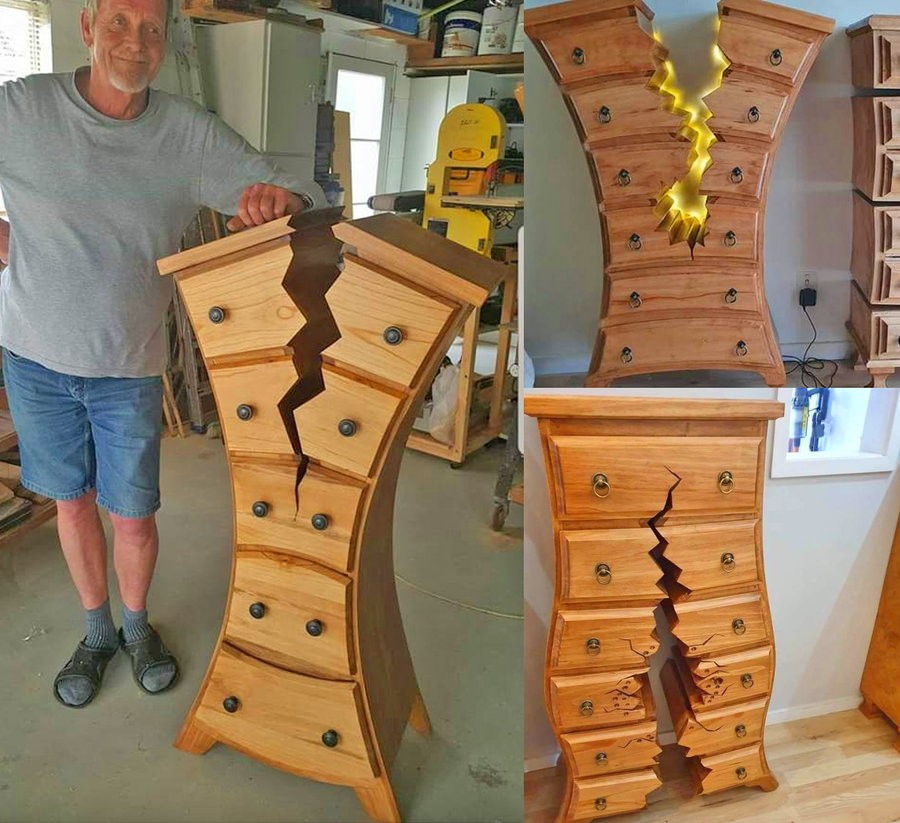 Henk Verhoeff has taken the idea of furniture in motion a lot further with his line of dressers and cabinets that appear to have been broken by animation, pieces that make you think you’re seeing things that couldn’t possibly be real. The icing on this crazy collection is all the pieces are fully functional.

Verhoeff spent 53 years as a joiner/cabinet maker in Auckland, New Zealand. He started crafting what he proudly calls “weird furniture” after he retired. But it isn’t animated movies that spur his creations. When asked about his style, Henk said in an interview with Bored Panda that he “[describes his] style of furniture as broken and weird,” adding: “I like making weird furniture, something that you don’t see in a shop.” 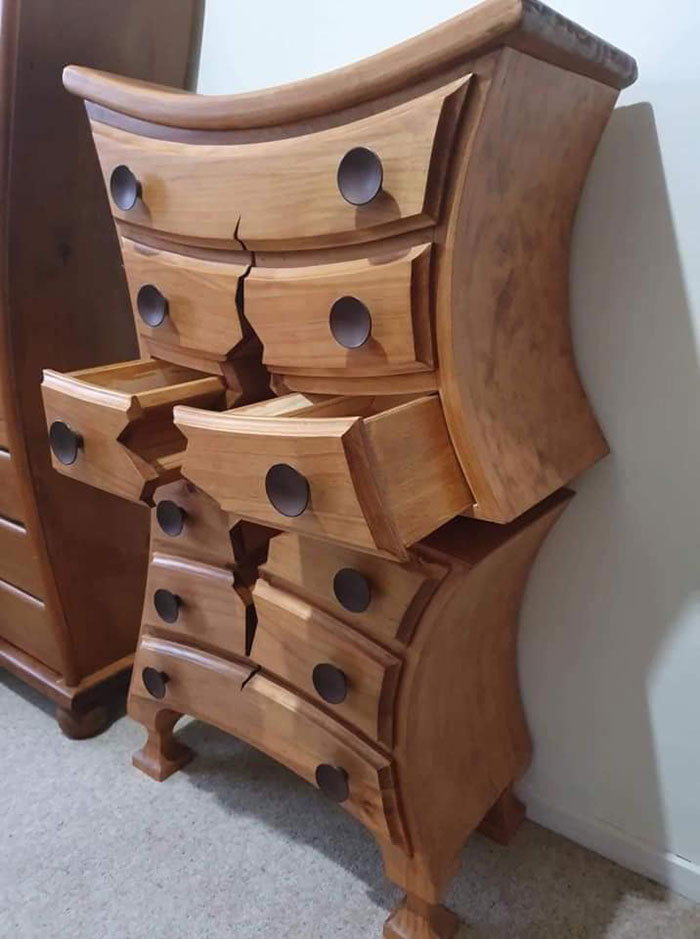 The woodworker’s unique style is considered avant-garde by some, leaving many others to speculate just where his inspiration comes from. Verhoeff insists that fairy tales had nothing to do with sparking his unique line, instead maintaining that all of his designs are exclusively inspired by his “twisted brain.”

It all starts with the choice of wood. Verhoeff uses “recycled New Zealand pine, mostly, but if [he] can get my hands on some Rimu, [he] will also use that.” Of course, this apparently twisted and damaged furniture is much more difficult to build than standard fare. Verhoeff admits that “sometimes details or angles don’t work and I have to start again.” He adds that he creates the furniture at his own pace, a fascinating pastime he cherishes very dearly. “It’s hard to say how long each piece takes me. It’s unset times during the week and it could easily be 80 to 100 hours,” he claims.

How His Work was “Discovered” 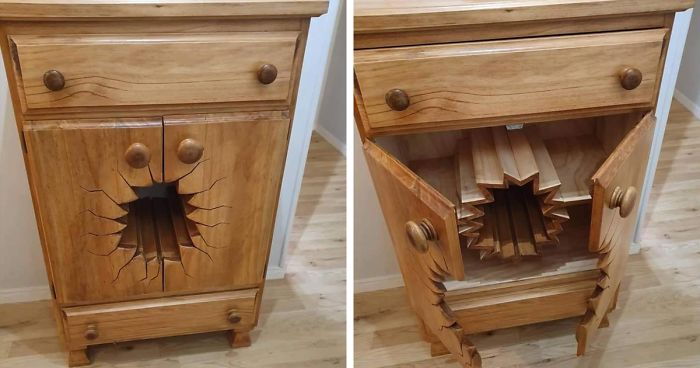 Verhoeff’s daughter Linda was understandably amazed and proud of her father’s remarkable woodworking. On a lark, she posted photos of his unique work on Facebook. Fellow woodworkers went crazy, and the photo collection quickly went viral. “I was absolutely blown away at how this has gone viral, just a post my daughter put up on a page to share. I never expected ANYTHING like this,” Verhoeff admits.

Not for Sale – Yet 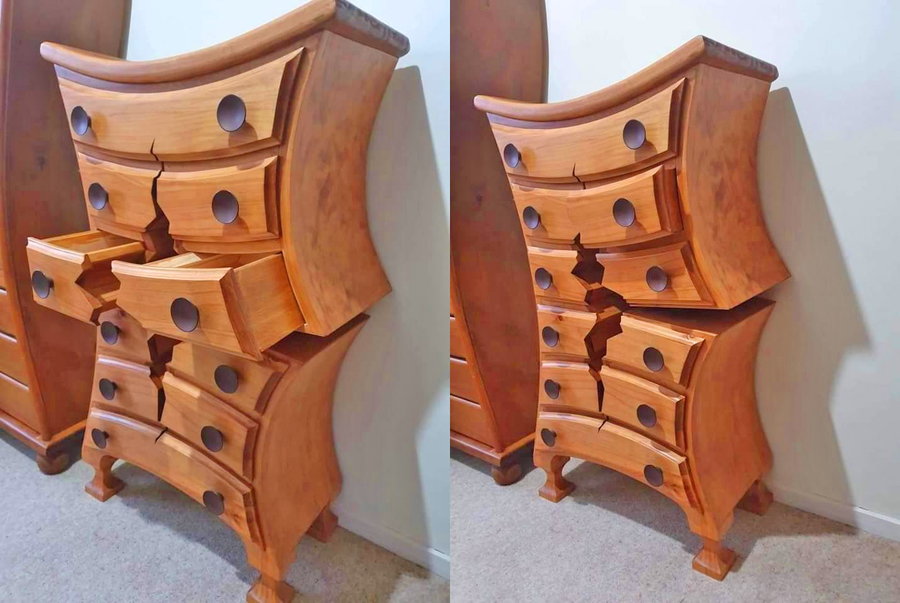 It’s not surprising that many people aren’t satisfied with merely seeing pictures of Verhoeff’s inimitable furniture — lots wanted to immediately order the pieces to be delivered to their homes. After all, any of his pieces would add a touch of whimsy to any room or decor scheme.

Although his fan base is teeming with potential customers, Verhoeff said none of it is for sale. “I started creating them for the pure love of it without the intention of selling them. But when I run out of space, there will be an eBay auction or two. Everything is for sale… except for my wife,” he says teasingly.