Lucid dreaming, a state in which you’re aware that you’re dreaming, gives you some amount of control over what’s happening. People who want to gain this ability experiment with techniques like waking up at a certain point in their sleep cycle and going back to bed, or entering REM sleep from wakefulness while trying to maintain consciousness. It isn’t easy, and not everyone can do it. 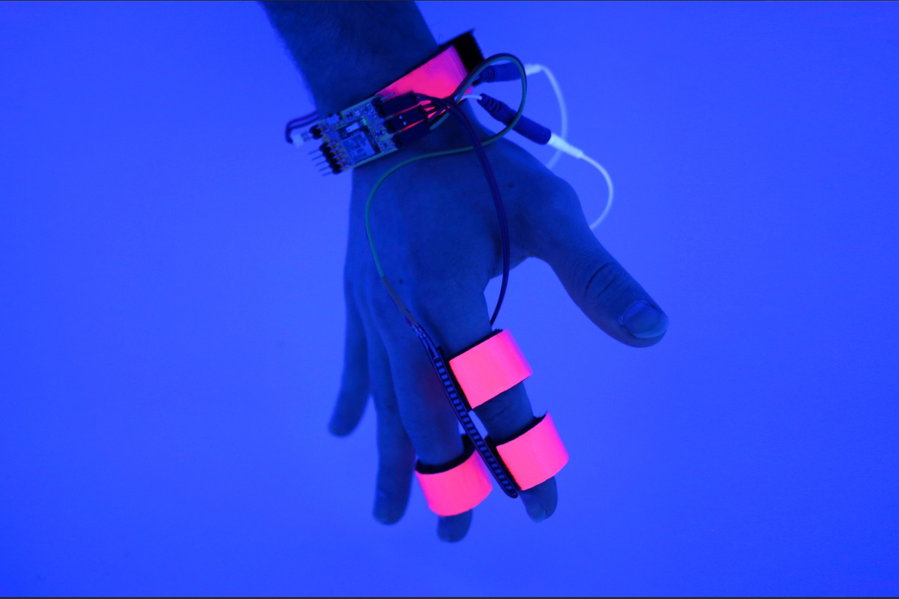 Now, innovations from researchers at MIT’s Dream Lab are making it possible to “hack” your own dreams using an open source wearable device that can track and interact with them, including a glove called “Dormio.”

Adam Horowitz, a PhD student at MIT Media Lab’s Fluid Interfaces Group and fellow Dream Lab researcher, says he hopes the project will help answer questions about whether interfering with dreams could help people change or better themselves through augmentation of memory and creativity.

The Dormio glove features sensors that wrap around the wearer’s wrist and fingers, tracking muscle tone, heart rate, and skin conductance to identify various stages of sleep. When the user slips into a stage called “hypnagogia,” the device plays a prerecorded audio cue. For instance, one experiment with 50 participants played the word “tiger,” and the users reported dreaming about tigers.

“During sleep onset, a window of opportunity arises in the form of hypnagogia, a semi-lucid sleep state where we all begin dreaming before we fall fully unconscious,” the researchers explain. “Hypnagogia is characterized by phenomenological unpredictability, distorted perception of space and time, and spontaneous, fluid idea association. Edison, Tesla, Poe, and Dalí each accessed this state by napping with a steel ball in hand to capture creative ideas generated in hypnagogic microdreams when it dropped to the floor below.”

“With Dormio we modernize this technique, using a hand worn sleep-stage tracking system, social robots’ unique interactive and embodied capabilities, and auditory feedback on sleep stage transitions. Using Dormio, we are able to influence, extract information from, and extend hypnagogic microdreams for the first time: we found all of our subjects indeed dreamed about themes chosen by experimenters prior to subject sleep, and that active use of hypnagogia with the Dormio system can augment human creativity as measured by flexibility, fluency, elaboration, and originality of thought.” 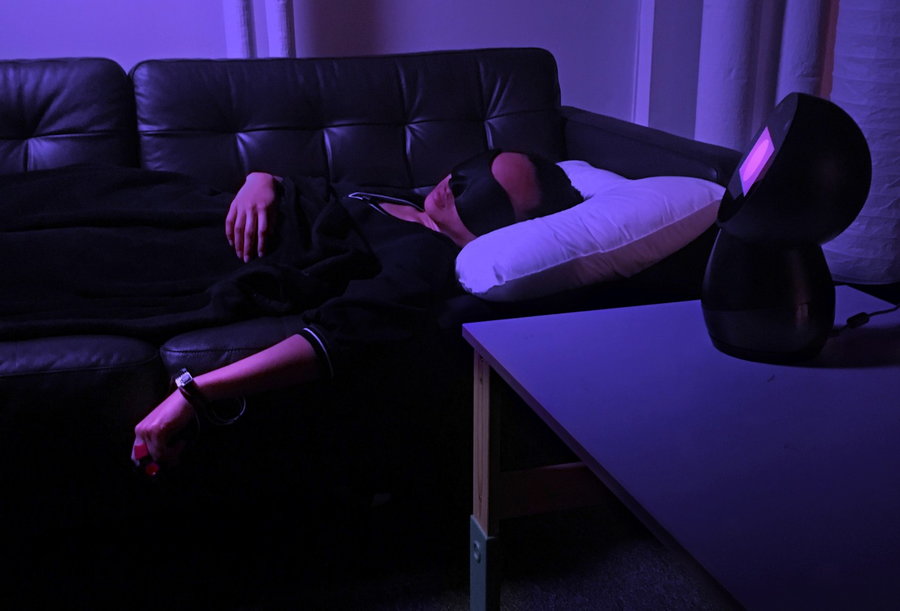 Another Dream Lab project called “BioEssence” by PhD candidate and researcher Judith Amores features a wearable scent diffuser that monitors heart rate and brain waves, releasing a specific scent the user associates with a certain memory or behavior when they’ve reached the N3 stage of sleep, which is the state most associated with memory consolidation. Scent is less likely to wake you up than a spoken word, and it’s directly connected to the memory and emotional parts of the brain.

All of these innovations might either sound exciting or foreboding to you, depending on how you feel about increasingly invasive technology. Dream Lab released a video called “Cocoon” featuring both devices in hopes of soothing fears about the potential ramifications of allowing technology to alter dream states, along with an FAQ addressing potential ethical issues. Their stance is that since users are in a state of semi-conscious hypnagogia, they’re aware of the intrusion.

“Most, but not all, remember what they said throughout the experiment. But critically, we have had people forcibly wake themselves up when they had a weird enough dream that they did not want us experimenters to hear about it. People are monitoring their environment and aware of their descent into sleep, limiting the capacity for inserting any ideas people don’t want inserted, or extracting ideas they don’t want extracted.”