Portable Bluetooth speakers aren’t exactly known for being cute, and for many people, they don’t need to be. After all, they have but a single function to offer, and they’re often compact enough to forgive the fact that they’re so visually uninspiring. But when it comes to the bulkier variety designed to sit on a shelf at home among decorative objects, why shouldn’t we expect more? 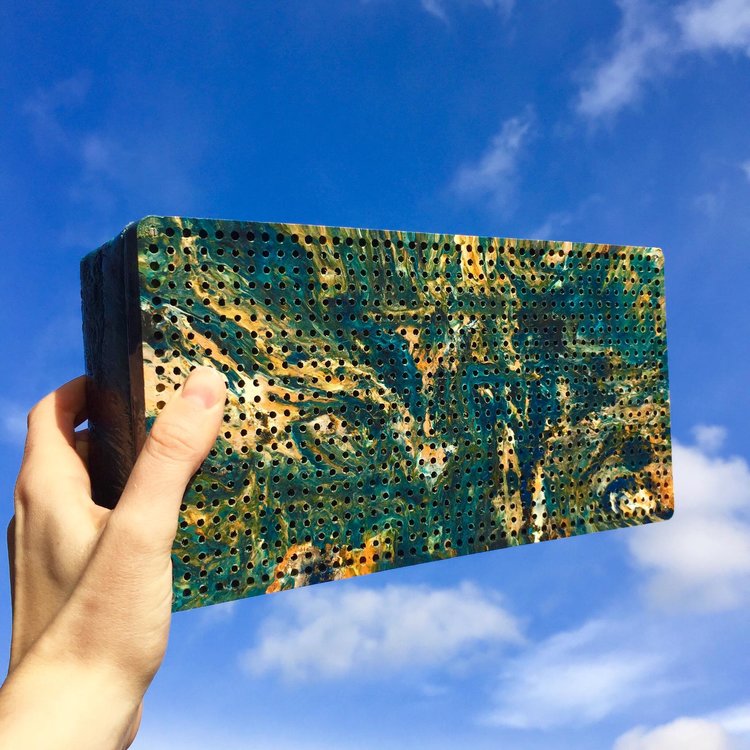 Perhaps it’s time for home speakers to shrug off the confines of their ugly black plastic boxes and pick up a bit of style. A new design called the Gomi takes steps toward that aim with a colorful exterior — not to mention a pretty cool method of sourcing its materials.

Roughly the size and shape of a brick, the Gomi is a portable Bluetooth speaker made of 100-percent non-recyclable plastic waste, or plastic that would normally end up in landfills, toxic piles of electronic waste, and even the ocean. The mix of different plastics that go into each Gomi produce a one-of-a-kind swirl of colors, which means the aesthetic is never boring. It’s offered in three marbled colorways: “city,” a beige-gray, “jungle,” a bright mix of greens, yellows, and oranges, and a deep blue-hued “ocean” blend. 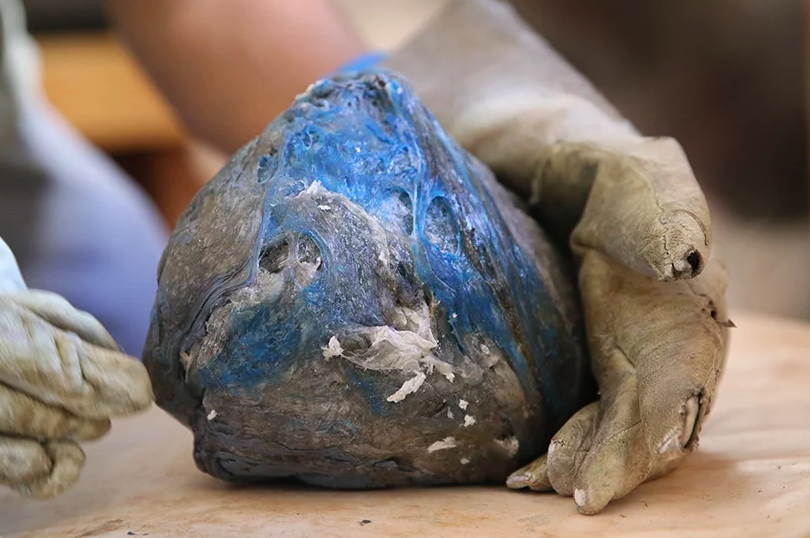 The project is inspired by the massive amounts of plastic trash that currently make up at least 85 percent of the pollution on beaches around the world. Created by a sustainable design studio of the same name based in Brighton, England, the Gomi is currently only available as a limited edition of 500. Each speaker is hand-marbled using three modular plastic components and made using a combination of digital fabrication and traditional crafting techniques.

“We were inspired by the cradle-to-cradle design process, thinking about our product’s full lifecycle right from the beginning,” says Gomi co-founder Tom Meades. “With our Bluetooth speakers, we want to intercept a waste stream that would otherwise be landfilled or incinerated. Flexible plastics / LDPE [are] widely regarded as non-recyclable by UK councils, and so we thought this would be the perfect material to harness and show that through innovative design this can be valuable and does not have to end up as waste polluting our environment. Instead, we can craft this material into desirable objects.” 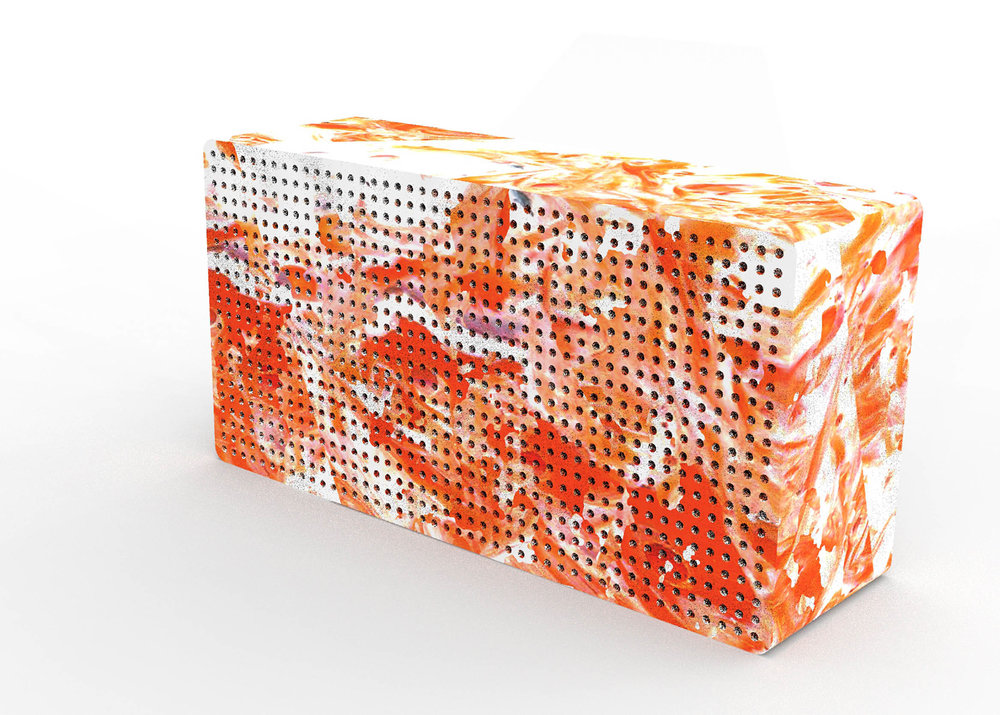 Meades and his team began by collecting these “flexible plastics,” most of which took the form of plastic bags, bubble wrap, and pallet wrap. When all was said and done, over one pound of plastic (or about 100 plastic bags) went into each speaker, which themselves measure 5.4” x 10.2” x 3.1” once pressed into shape. And since the team only heated the plastics up enough to melt them and make them malleable, the manufacturing process itself was also pollution-free.

By this point, you’ve probably still got one big question on your mind. How’s the sound? Gomi says its “exceptional sound quality” was developed with the help of two award-winning sound engineers, with each speaker boasting both a dome tweeter and a base midranger. It plays for 18 hours on a single charge, features just one button, and connects via Bluetooth 4.0. You can also purchase a matching high-speed charger for your Gomi, equipped with a range of ports so as to make it compatible with more devices. 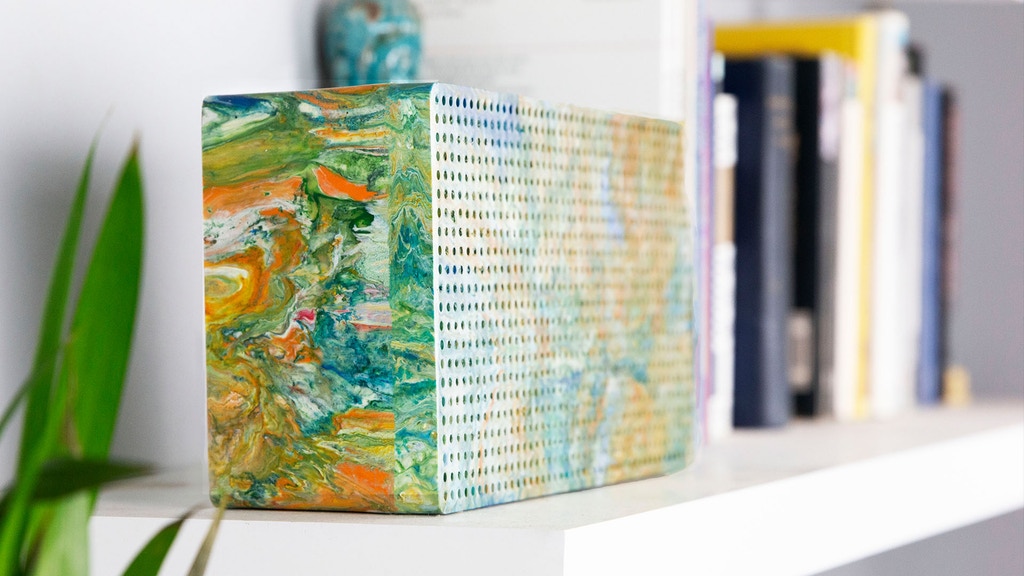 Even better is the fact that the company takes some responsibility for the speaker after it’s served its use — a crucial aspect of a truly sustainable product. More specifically, Gomi repairs used speakers free within two years of purchase, taking them back at the end of their lives so they can be re-melted into new units.