Wireless charging is cool and all, but up until now, it’s required either a bulky, less-than-attractive desktop charging pad or expensive custom furniture with built-in charging capabilities. Wouldn’t it be nice if the charger could just hide beneath your work surface instead of hogging precious space on top of it? A stealthy new option brings that possibility to the table (literally) with surprising ease. You can even charge right through the thickest of phone cases, which is a definite upgrade from most of the wireless chargers that are currently on the market. 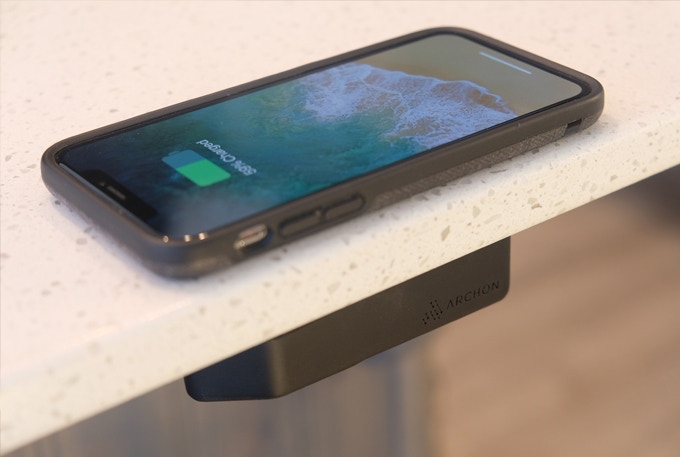 The Archon Wireless Charger crowns itself “the future of charging,” with a virtually invisible design that clings to the underside of tables and other surfaces so you can simply set your phone on top and watch that green progress bar creep toward 100 percent. Making its debut on Kickstarter and Indiegogo to raise funds for production, the Archon claims that it will be capable of charging a long list of compatible devices through wood, plastic, glass, quartz, and even granite.

As with any other charger, it won’t work through metal or magnets, so phone cases designed to work in tandem with magnetic car mounts are really the only ones that aren’t compatible with it. Just remember that ordinary wireless charging pads can’t do any of that — plus they almost always have cords of their own and bright blinking lights that can be irritating in dark rooms. 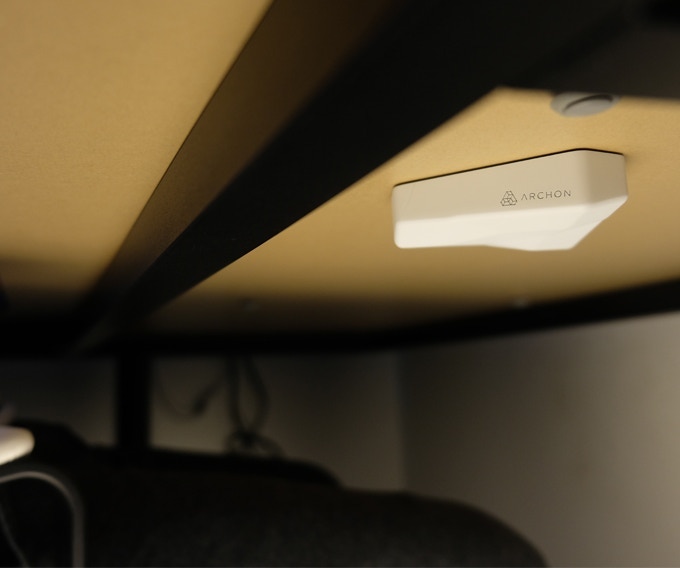 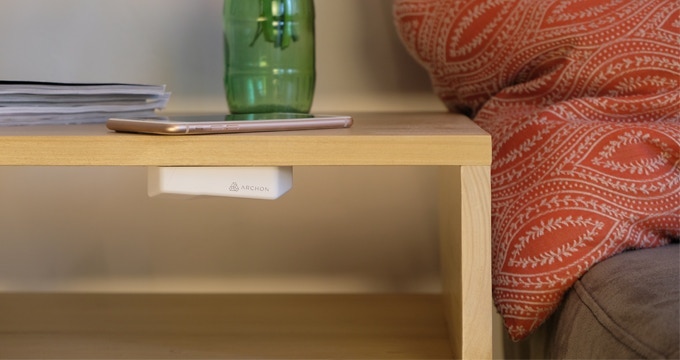 This potentially game-changing wireless charger comes in two models: one that can charge through tables as thick as 25 mm, and a “long-range” option that works with surfaces measuring up to 35-mm thick. It’s compatible with the iPhone 8, 8 Plus, X, XS, XS Max, and XR, as well as a host of Android-based phones like the Samsung S6 and Galaxy Note 9, Google’s Nexus 4, 5, and 6, and over a dozen LG phones. Any device that works with Qi wireless charging should also work with the Archon, which supports fast charging output up to 10 watts on everything but Google Pixel 3 phones (though the company says it’s working on getting Google certification to enable faster charging on that model, too). 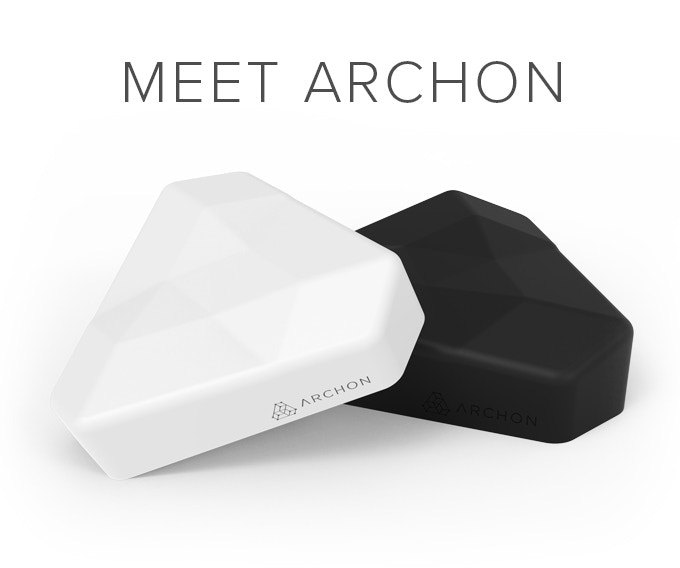 Measuring less than five inches at its widest point and weighing just 12 ounces, the charger tucks away almost imperceptibly beneath tabletops, though it’s not clear exactly how it adheres. Some sort of adhesive seems likely, given that the list of appropriate table surfaces includes materials that can’t be easily drilled into. In any case, it’s a far more minimalist option than most, and at a $59 preorder price tag ($69 retail) for the 25mm and $79 ($89 retail) for the 35mm, it’s probably well worth a bit of experimentation. Orders are expected to officially begin shipping in May 2019.

The company website reads: “It doesn’t matter if you have a pop-socket or the thickest case on the planet, Archon can wirelessly charge your phone through it. Not only that, but with our ultra long range 35-mm version, you can charge your phone wirelessly through a tabletop and a case. Archon is everything that you love about wireless charging minus the annoying drawbacks. No more table clutter. No more bright lights. No more case compatibility issues.“