There’s something simultaneously intriguing and disturbing about the idea of manmade sculptures hiding beneath the surface of the sea, where they’ll only ever be seen by divers. The works can be quite beautiful, like the “Christ of the Abyss” statue in Italy by Guido Galletti, and call attention to important environmental issues, like the “Underwater” Pavilions installation by artist Doug Aiken off the coast of Los Angeles. They can also raise questions about why we humans can’t seem to leave natural sites alone, choosing to leave a visible imprint of our presence on even the most remote locations. 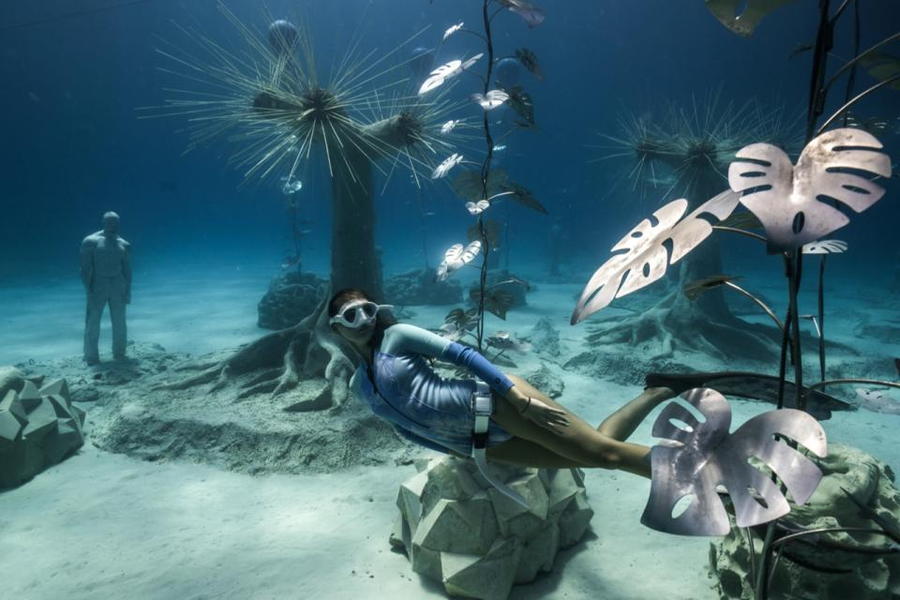 At the Museo Subacuático de Arte (MUSA), an underwater art museum off the coast of Cancún, Mexico, the eerie submerged displays don’t shy away from these contradictions. Snorkeling and scuba diving are supposed to be tranquil pastimes, but these scenes (made of nontoxic marine-grade cement) are meant to provoke. A little boy sits on an upturned bucket surrounded by the sort of trash that can be found throughout the Earth’s oceans. A group of figures bury their heads in the sand. A man dressed like a banker stands in the center of a circle of children, all pointing weapons at him. Objects resembling bombs are strewn throughout the area. 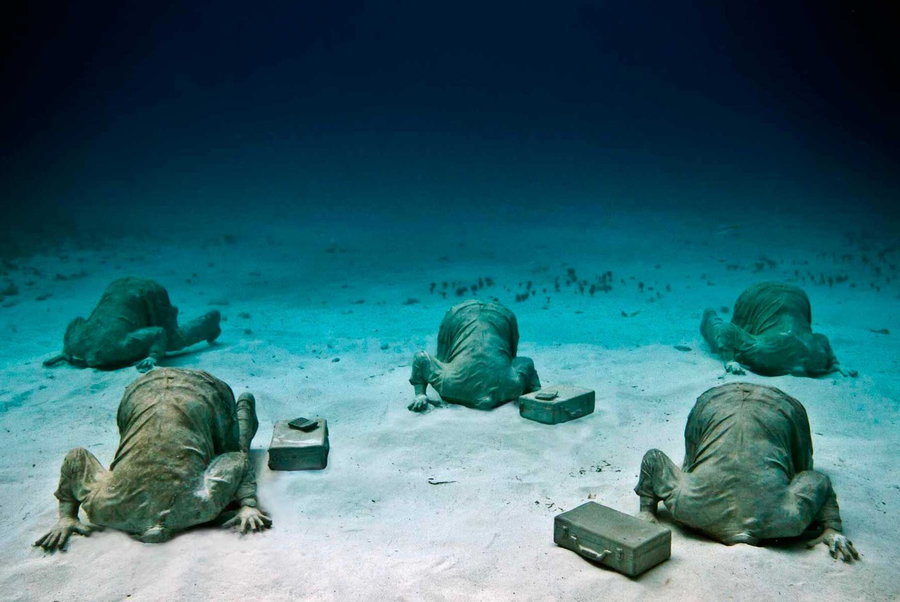 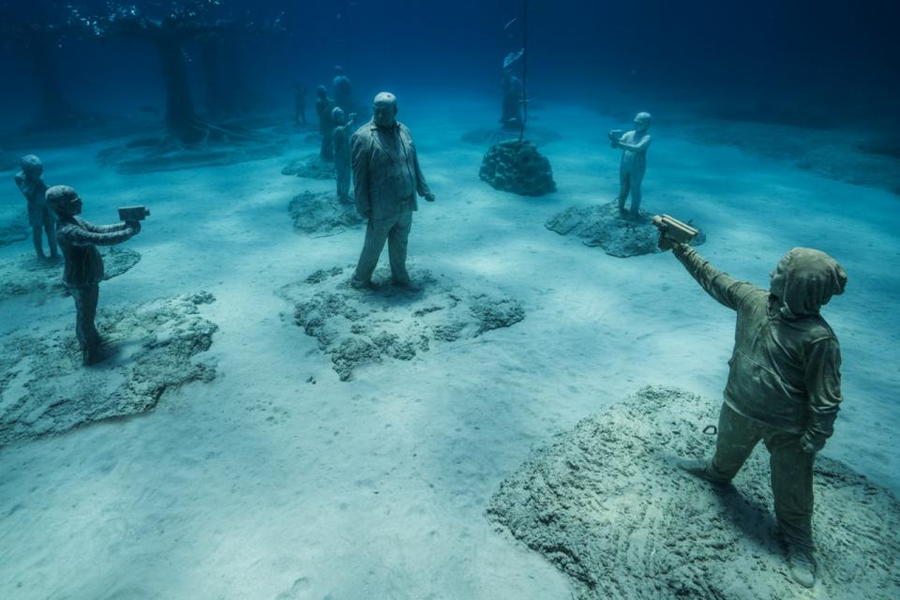 Like many other underwater sculptures around the world, these displays are the work of sculptor, scuba diver, and photographer Jason deCaires Taylor, perhaps the most famous and prolific underwater artist of all time. His art can be found in the seas off Grenada in Spain, near Australia’s Great Barrier Reef, in the Maldives, and near other key tourist destinations. 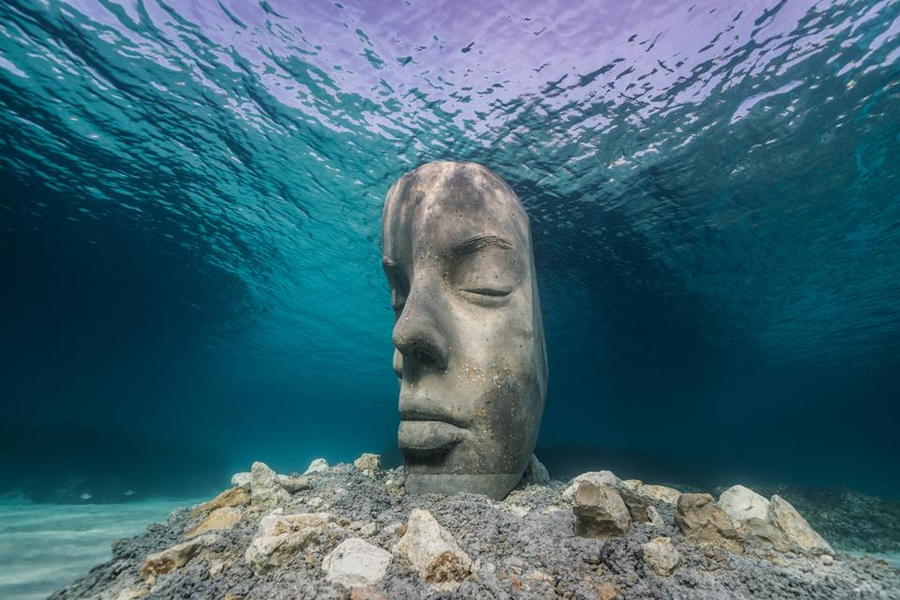 At first glance, it may seem a bit grandiose to fill these places with representations of human activity, regardless of the subject matter. But these pieces are actually crafted to help preserve vulnerable natural reefs that are affected by the presence of divers, creating alternative places to sightsee underwater. They also function as artificial reefs, creating new homes for coral, sponges, and other marine life. 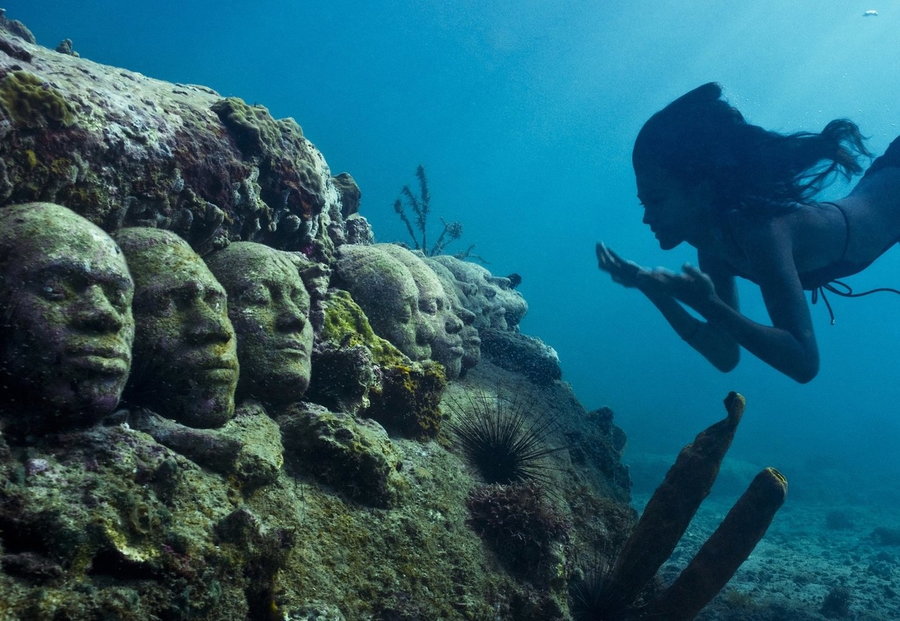 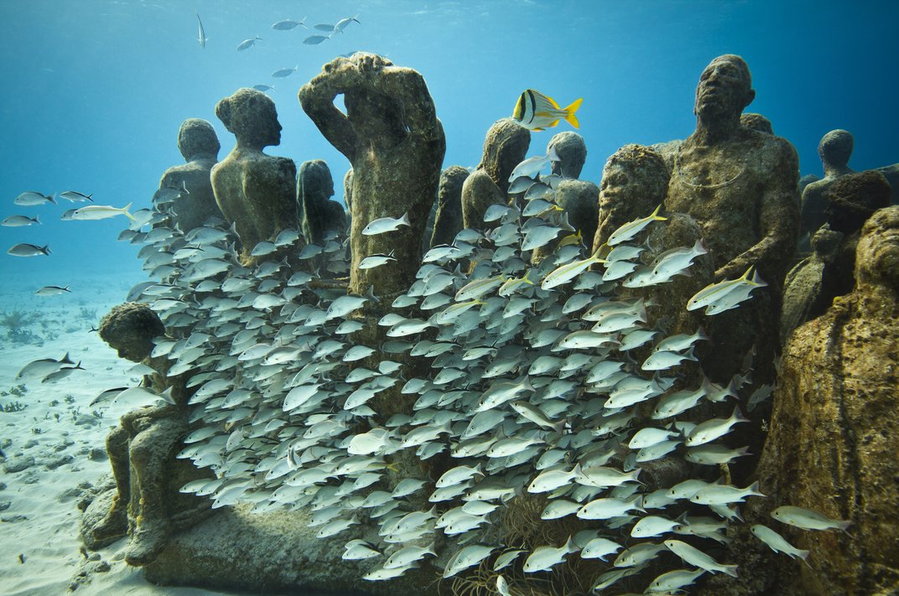 MUSA is Taylor’s brainchild, and he serves as its Artistic Director. Joined by other artists like Karen Salinas Martinez, Roberto Díaz Abraham, Rodrigo Quiñones Reyes, Salvador Quiroz Ennis, and Elier Amado Gil, he’s filled the museum with 500 sculptures occupying an area of more than 420 square meters with a total weight of over 200 tons. “The Silent Evolution” is the largest work, comprised of a group of human figures representing cultures from all over the world. As more marine life entangles itself with the cement statues, they transform, seeming to come alive. 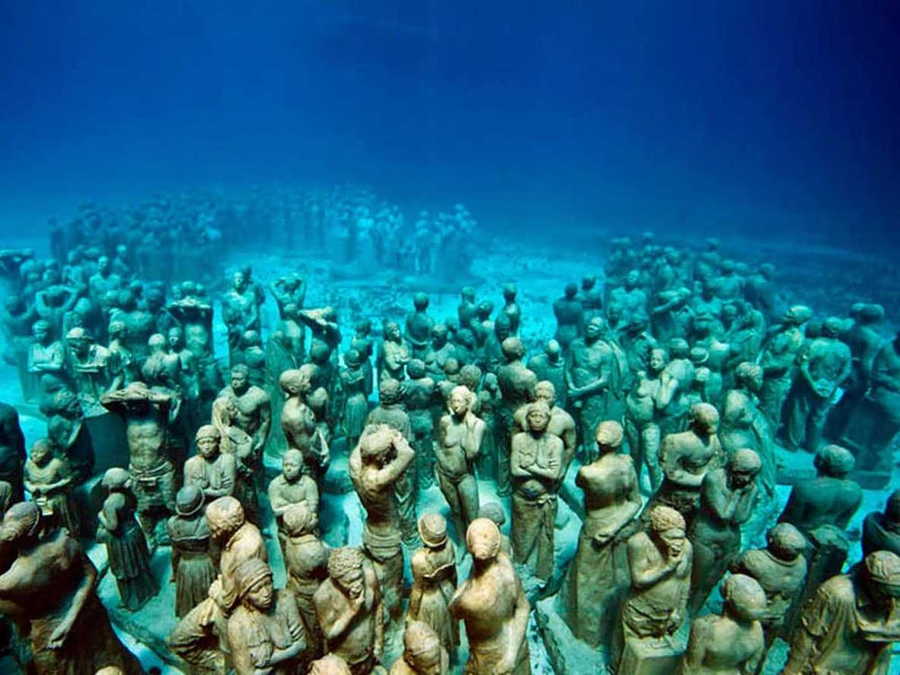 Each sculpture is installed carefully and timed to make sure it’s in place before larval coral spawning occurs. Often placed in areas of barren sandbanks to boost diversity, the installations also give scientists the rare opportunity to study new ecosystems as soon as they’re established. They also provide economic benefits to the areas they’re installed in, mainly in the form of tourist dollars that go back into conservation efforts. 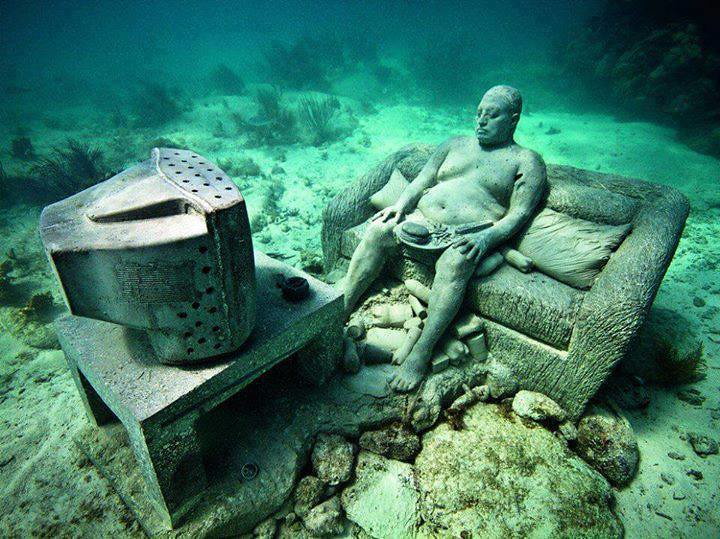 Taylor’s works have inspired other artists to create similar installations around the world, like the Centeen Memorial Dive Park along the St. Lawrence River in Ontario, Canada by David Sheridan. Italian fisherman and activist Paolo Fanciulli similarly dropped Carrara marble sculptures into the Mediterranean Sea to prevent damage to marine life by trawling boats.