On December 4th, 2017, a futuristic art installation in the Pacific Ocean called “Underwater Pavilions” was first opened to the public. The body of water where it sits is called the Catalina Island Essential Fish Habitat. Santa Catalina, a rocky 35-kilometer-long island, is located 22 miles off of the coast of Los Angeles. Those who have explored Santa Catalina have likened it to the South of France or a picturesque Greek island. 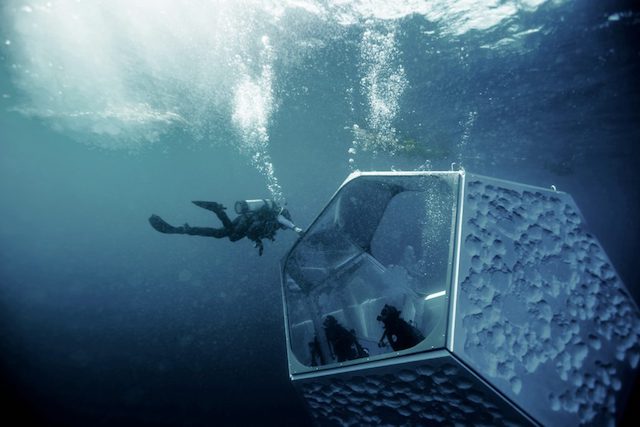 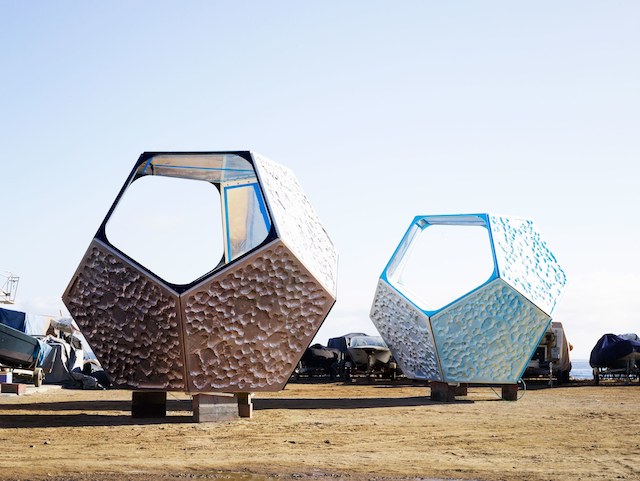 As beautiful as art pieces placed under the sea may sound, the process of building the structures was far from easy. Artist Doug Aitken, who wanted his installation to raise awareness about the declining health of the world’s oceans, even needed some extra assistance in the execution. Keeping all marine life safe in the process was his number one concern. The materials, placement, and installation of the pavilions were all crucial in making or breaking the environmental integrity of the project.

With the help of Cyrill Gutsch, a partner on the project and the founder of the conservation group Parley For The Oceans, and a whole network of specialized workers, Underwater Pavilions eventually came to life. Bill Bushing, a local diver who has lived on Catalina for the majority of his life, conducted a survey of the fish habitat to find the ideal spot for the pavilions. Marine biologist Sylvia Earle and her company DOER Marine helped with the construction. Also recruited was Liz Taylor, a submarine builder and the President of DOER, who contributed her extensive diving experience and familiarity with the local ecology to the team. Taylor also helped Aitken secure all the necessary permits. 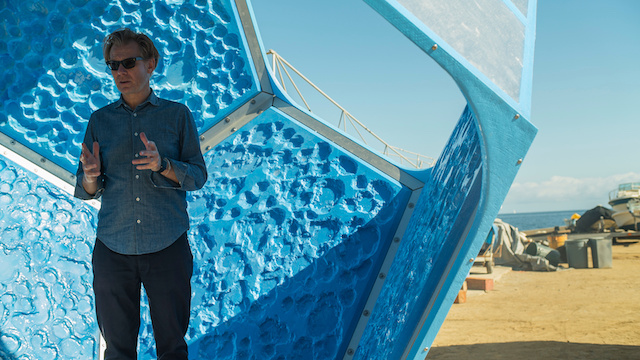 After taking an hour-long ferry ride from mainland Southern California and completing an introductory scuba diving course, you too will have the opportunity to view the installation. While in the water, materials that were selected to have a low impact on the environment will catch your eye. “We conducted pressure testing of materials to get some true measure of anticipated performance and durability,” Taylor says. The structures themselves are 12 feet in diameter (big enough to swim through), and they’re comprised of artificial rock and mirrors that reflect and refract light. “They’re pieces the viewer can swim into, swim through and around, and also exist within the ecosystems, the sea life,” says Aitken.

The purpose of swimming through the structures goes beyond being able to witness art below the ocean’s surface. “It’s both about the single individual having a perceptual encounter, an experience, being separated from a world that they’re familiar with, but at the same time it’s also something that’s a moment in time where people can come together and discuss, and talk, and share, and there can be a sense of crossover,” Aitken told Gutsch. “And that experiencing ‘Underwater Pavilions’ involves viewers to swim in the ocean — one of the world’s most precocious and fragile resources — makes this a powerful work that’s pushing participants to take a long look at the ocean and how their behavior affects it. That awareness is the first step to spurring change.” 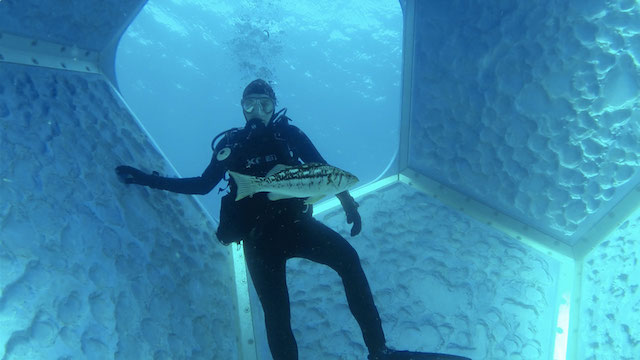 Since December, nothing but positive attention has been flowing in the direction of the pavilions. “I think the pavilions are wonderful,” says UCC biologist David Ginsburg. He oversees a variety of ecological courses in and around Catalina and says that the fish habitat where the geodesics are located is essential to submerged coursework, research, and experiential learning. “Aitken’s sculptures are a welcome addition, they’re a good way to get people outside, in the water, and thinking about conservation,” he says. 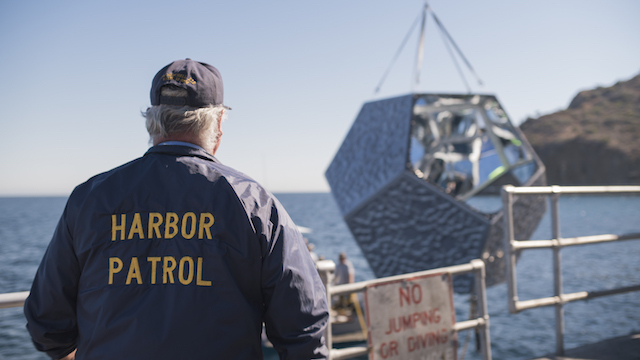 In near future, these submerged structures will be moved. When this happens, scientists will attempt to relocate any of the vegetation that was growing on them. The pavilions will still have the same mission as before: to give divers another point of view and allow them to think about the state of the seas. 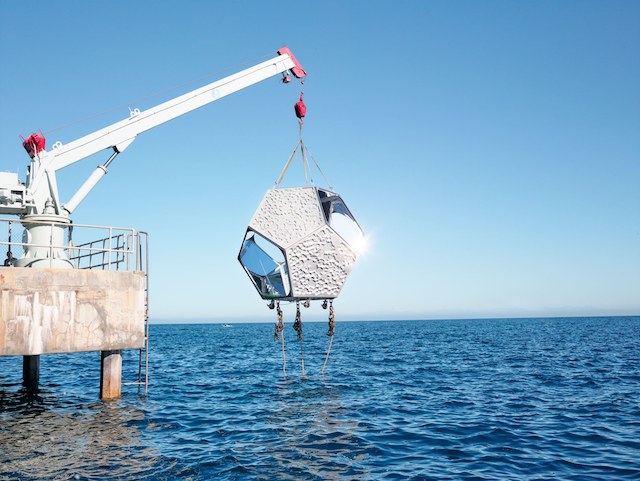 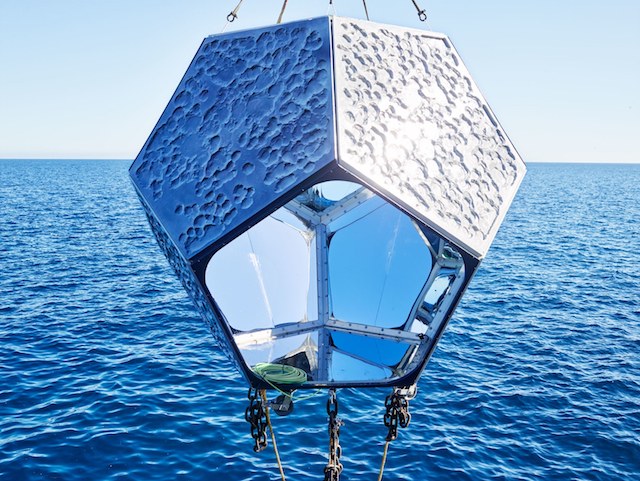 If the ocean frightens you, or you simply aren’t able to visit the installation in person, you’re in luck. Aitken plans to create a virtual fly-through in the next few years. For the time being, though, you can always check out a short clip of the Underwater Pavilions here.