The artist responsible for some of the world’s most incredible underwater works of art just debuted a new installation in a stunning setting: the Museum of Underwater Art off the coast of Queensland, Australia. 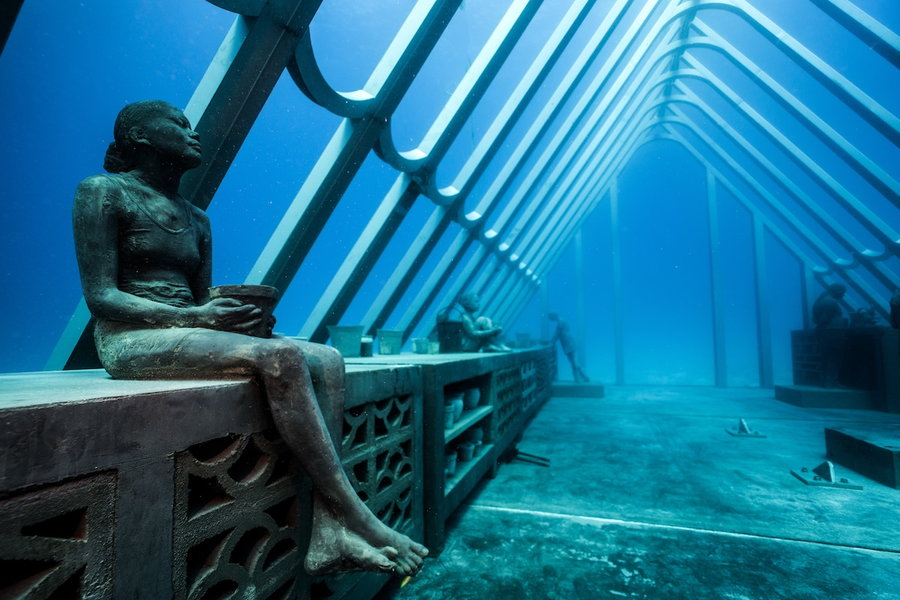 Working with scientists at James Cook University and the Australian Institute of Marine Science, Jason deCaires Taylor has created a collection of figurative sculptures and other structures forming the first artificial reef ever to be installed in the waters near Australia’s famous Great Barrier Reef. “The Coral Greenhouse,” located at John Brewer Reef, opened to visitors in August 2020. 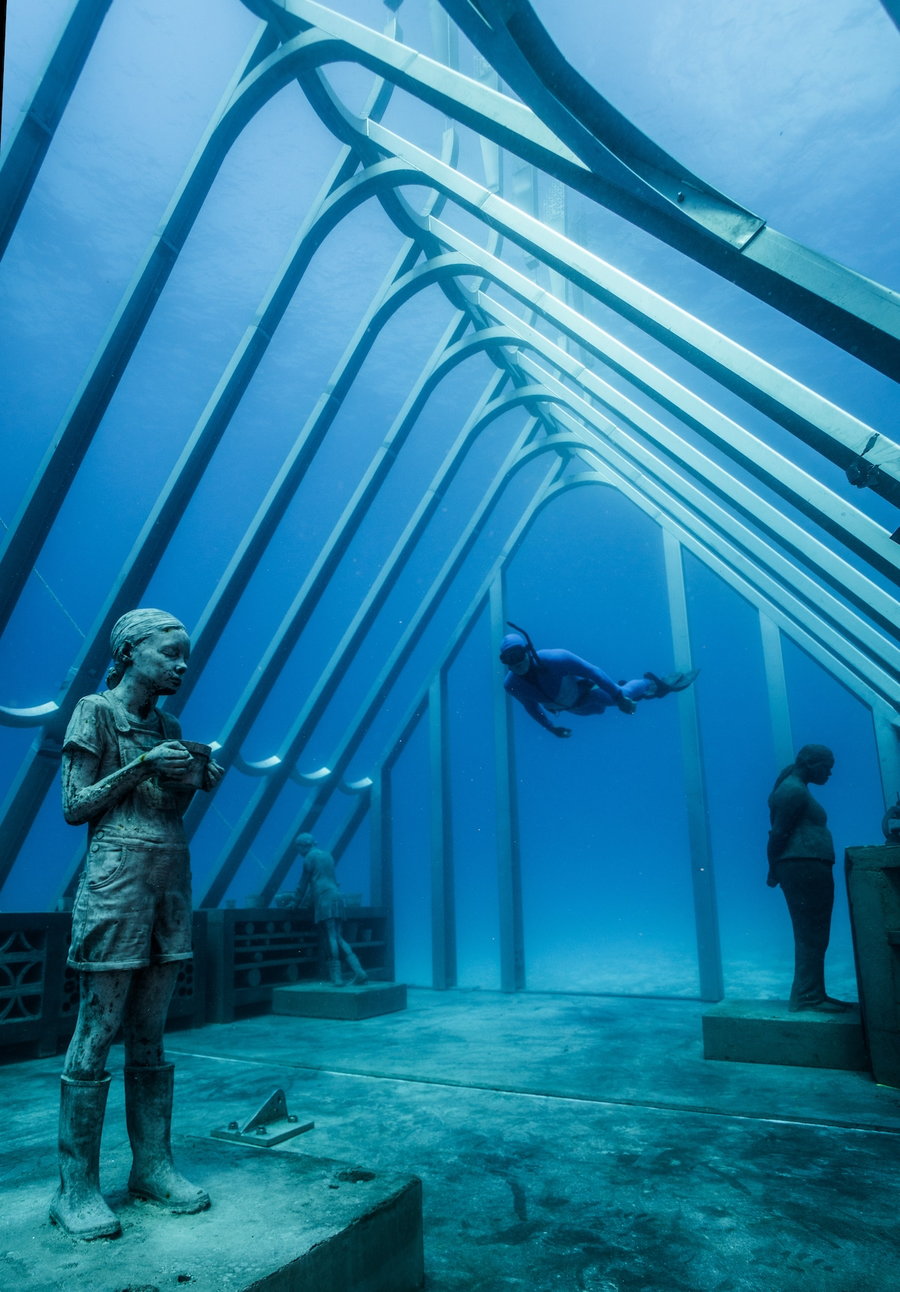 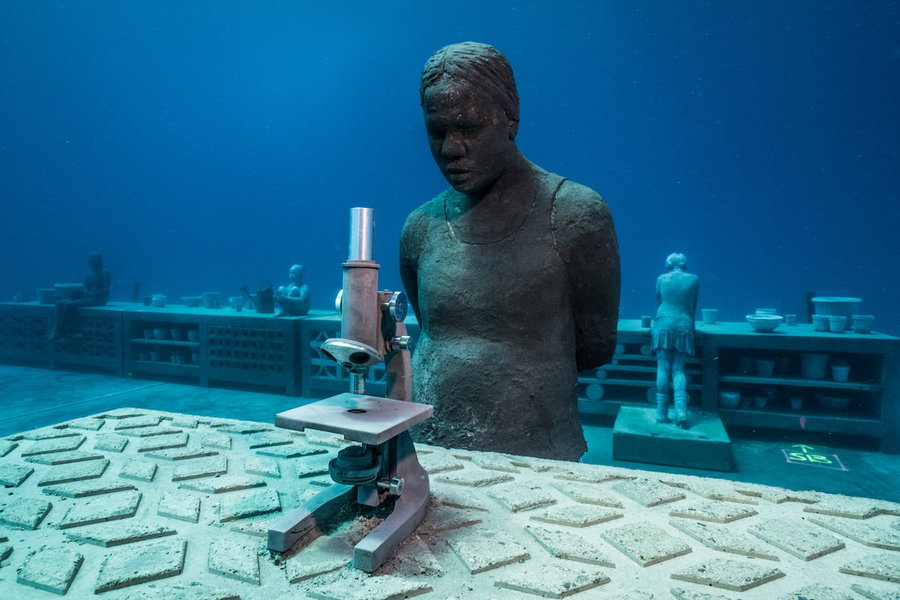 Sharing a message of reef conservation and restoration, the museum is filled with 20 “reef guardian” sculptures. They may be still and silent, but they’re actually doing the highly-important task of propagating coral. That’s right: more than 2,000 fragments from marine nurseries have been planted into the sculptures to help the site generate its own marine ecosystem. Installed just prior to coral spawning season, it’ll offer clean surfaces made of pH-neutral marine cement, to which coral larvae can easily attach.

The 60-foot-deep installation includes a 40-foot-long skeletal building that houses the sculptures, which itself is anchored securely enough to the sea floor to withstand a Category 4 cyclone. Scientists are monitoring the water salinity, pH, and oxygen levels and recording the development of coral with underwater cameras. Each of the sculptures is modeled on a member of the local indigenous community who traditionally own the land. Alongside Taylor and a team of local artists, they participated in workshops to construct and install the statues.

Adventurous visitors can book guided tours of the museum through a variety of different local dive operations, snorkeling or scuba diving right next door to one of the “Seven Wonders of the World,” to boot. These tours vary from shorter group trips to full-day excisions and are held on private chartered boats.

A second installation is a little more accessible to the average person. “” emerges from the water at the end of Townsville’s Strand Jetty, a popular tourist attraction that’s part of a 1.5-mile waterfront business district. Modeled after 12-year-old Takoda Johnson, another member of the Wulgurukaba people, the sculpture shifts in color according to the ocean’s temperature using data collected by the Davis Reef weather station. 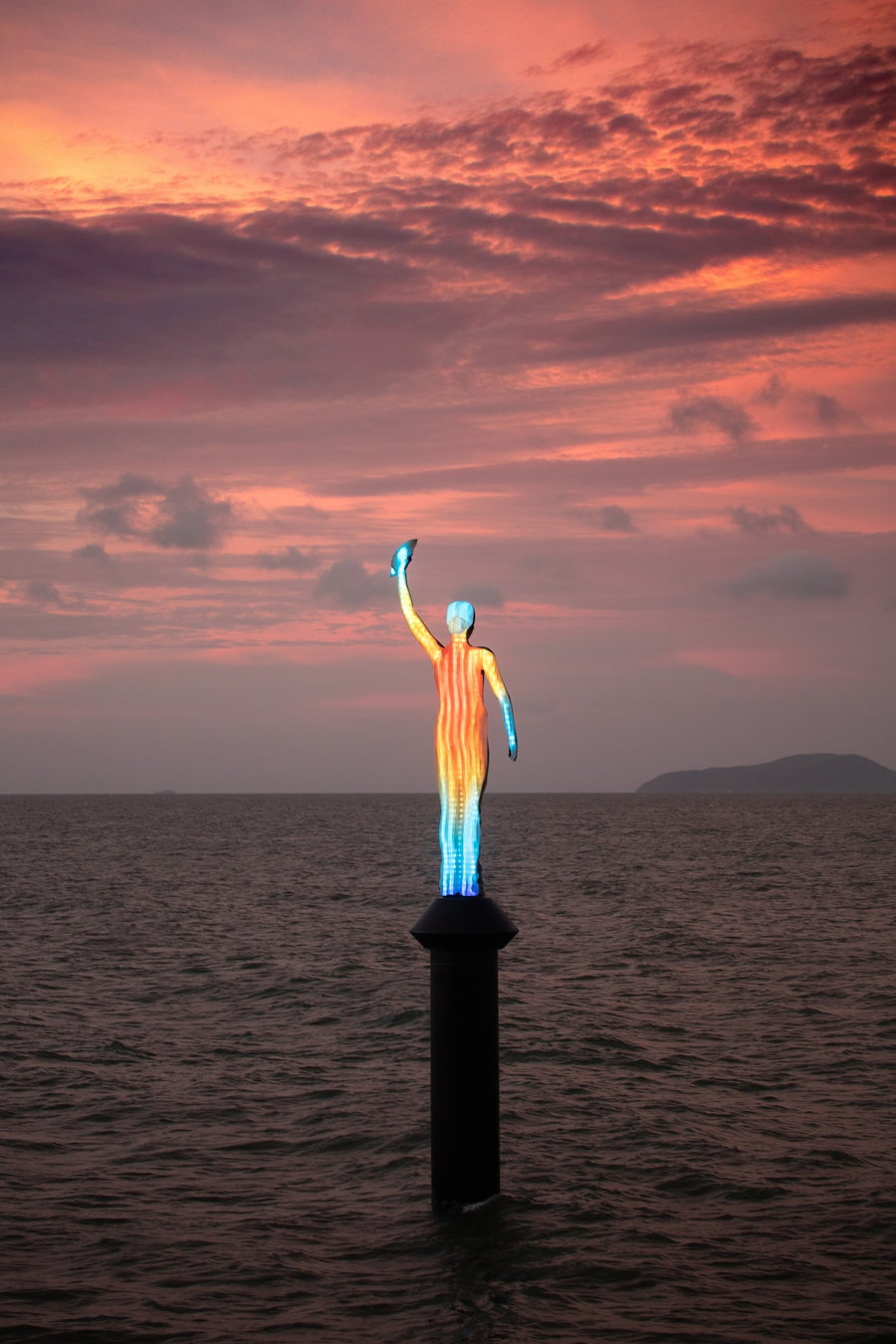 “She looks over the land of her forefathers,” says Taylor.

The Museum of Underwater Art represents Taylors’ first time working in the Pacific Ocean. The UK-born sculptor and scuba diving instructor first gained international renown in 2006 for “Viscissitudes,” a ring of 26 children set underwater off the coast of Grenada, Spain at the Molinere Underwater Sculpture Park. After that, he launched a series of underwater art museums across the globe, including Museo Atlántico near the Spanish island of Lanzarote and the M.U.S.A. Museo Subacuático de Arte in Cancun, Mexico.

Taylor, a lifelong environmentalist, hopes his work will inspire a sense of urgency around protecting our oceans and the life they contain. 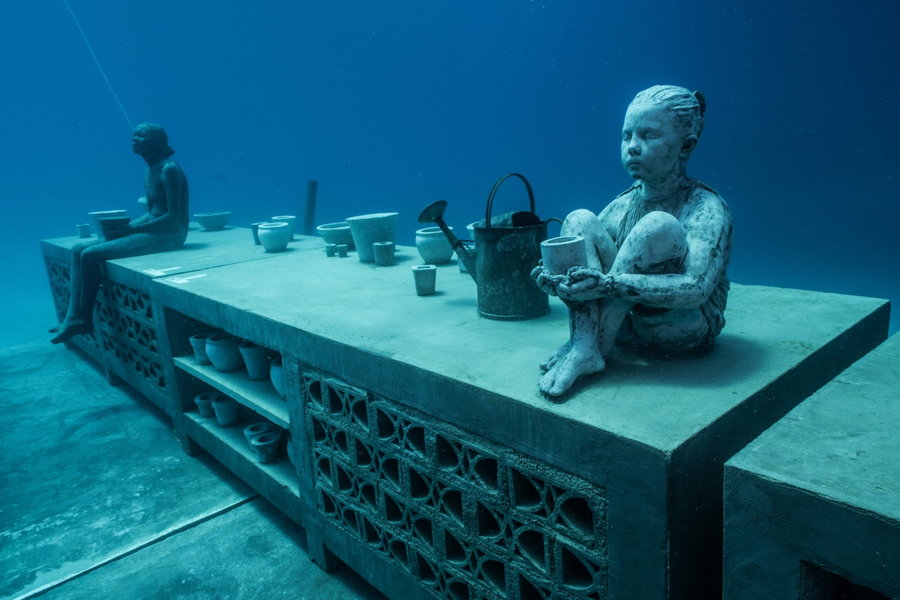 “Our oceans are going through rapid change, and there are huge threats, from rising sea temperatures to acidification, and a large amount of pollution entering the system,” he told The Guardian. “Part of creating an underwater museum is about changing our value systems — thinking about the sea floor as something sacred, something that we should be protecting and not taking for granted.”