Working a little futurism into your interiors doesn’t have to mean making every room look like the inside of a fictional spaceship. That kind of retro-futurism guided by the science fiction of the 20th century is feeling pretty over, anyway. Likewise, a bunch of gadgets aren’t really a “look.” So what does futuristic style really look like today, especially when we attempt to separate the aesthetics from the technology? 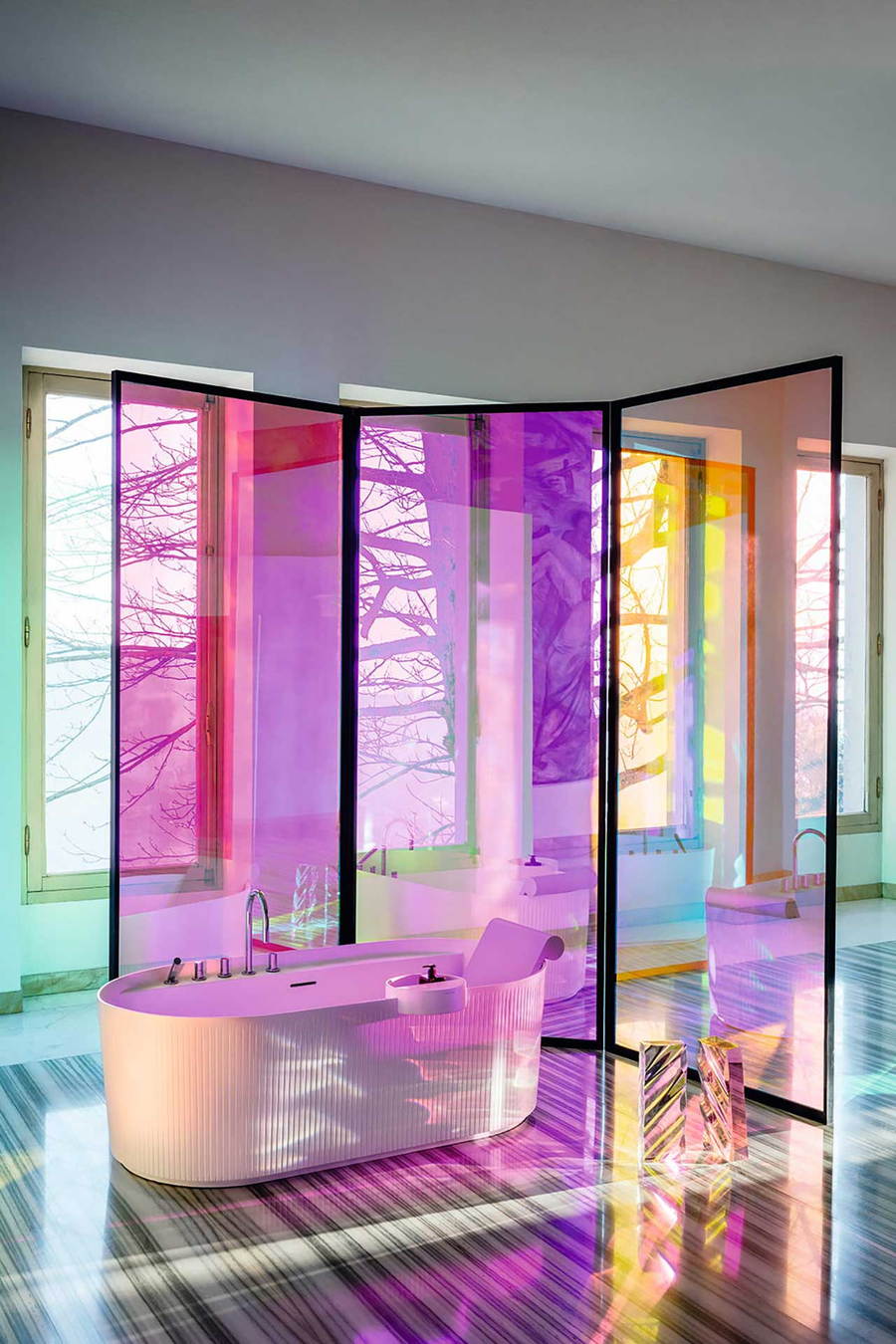 A description on Laufen’s official website explains: “Where once there was the curve, now there’s the tight edge-radius. Fuller forms have given way to slim, but robust, des walls; SaphirKeramik [is] a super-strong ceramic material that allows itself to be fashioned along minimal, architectural lines. The further development of the design language of ceramics makes perfect sense, as it is the most hygienic, hard-wearing, and recyclable material in the bathroom. Laufen itself is renowned for maximizing the creative potential of ceramic materials.” 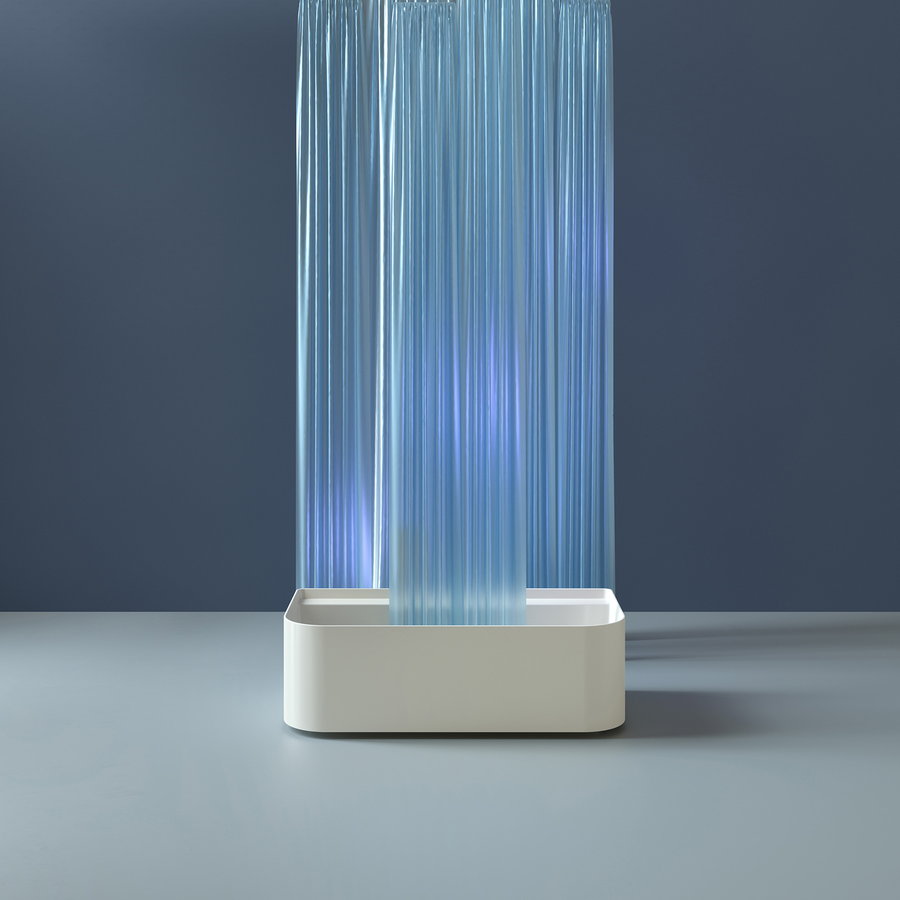 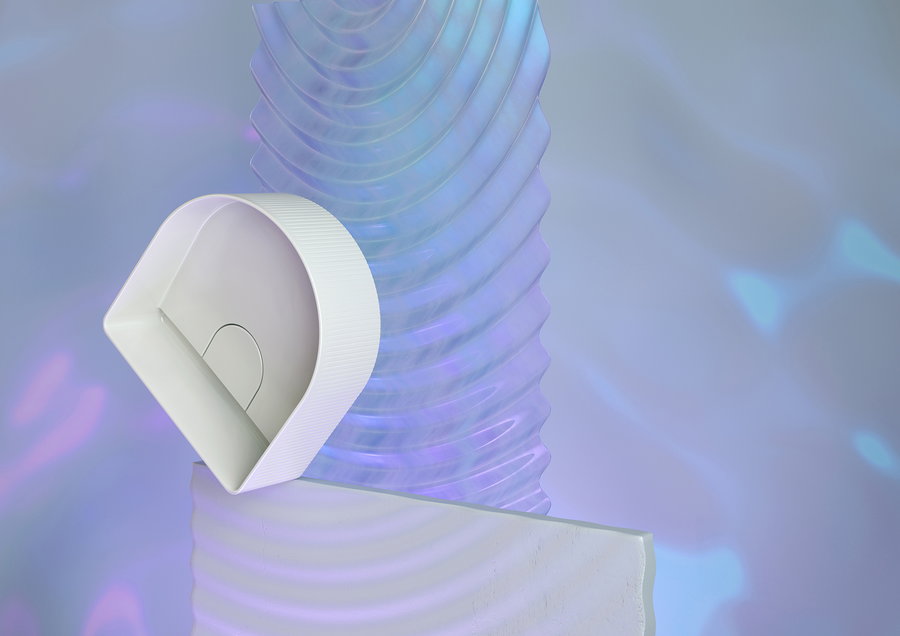 “A revolution in the formal language of ceramics: strong and malleable, SaphirKeramik permits the creation of wafer-thin walls and tight-edge radii of just two to three millimeters while retaining the traditional production process. Its slender profile renders it space-saving, lightweight, and environmentally friendly.”

The material is infused with a colorless material called corundum, which is also found in sapphires and has the same bending strength as steel. The result, in this case, is a groundbreaking collection full of wash basins, bath tubs, bidets, and toilets that look like they’re made of the most delicate porcelain. 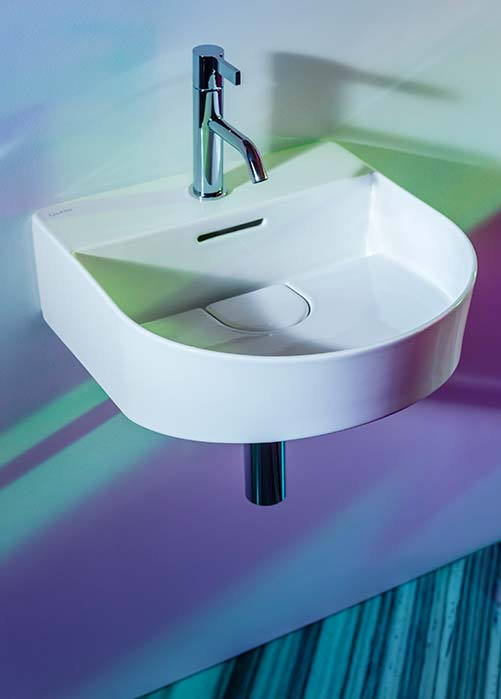 “A cannettata texture covers the edges of the products, accentuating the volumes’ severity and allowing for an unconventional refinement,” says the Spanish-born, Madrid-based Urquiola. “The rigorous geometries accentuate the plans and enhance the movements of the water: the inclined surface of the fund leads toward a transverse slot [that] hides the discharge with a simple gesture.”

“Cannettata” refers to the ribbed texture seen on many of the pieces, which Urquiola adds was inspired the dynamic energy of sound waves and their relationship to water. For the third iteration of SaphirKeramik, Laufen wanted to explore the 3D aspects of the material, asking the designer to play with shapes that haven’t been seen before in bathroom design. 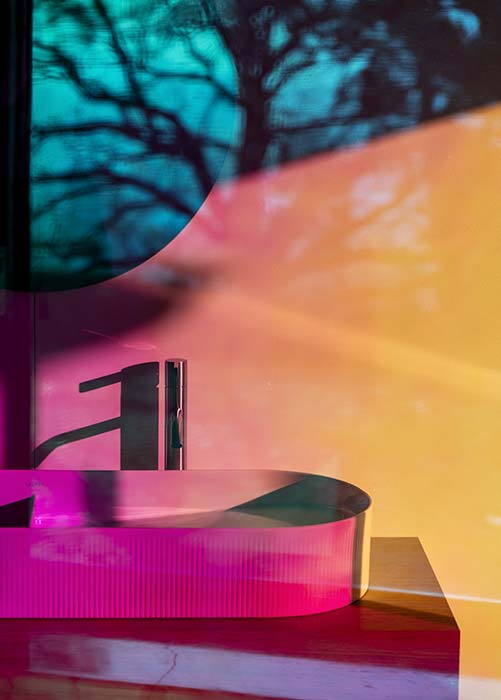 Just as importantly, the pieces have to fit into compact spaces. Living spaces may continue to stay the same size or get smaller in the coming decades, rather than expanding, and it makes little sense to design fixtures and furniture that feel bulky and out of place within their intended environments. Each piece in the SONAR collection can fit easily into a small urban bathroom, making them accessible to more than just those who can afford luxuriously spacious residences.

For instance, one floor-standing wash basin made entirely out of Laufen’s revolutionary ceramic hides all of its own plumbing from view, yet manages to stand just over 16 inches at its widest point. The rounded corners make it easy to navigate around within tight spaces, too, resulting in a profile so compact that one double sink ends up taking up about the same amount of space as a single conventional one. 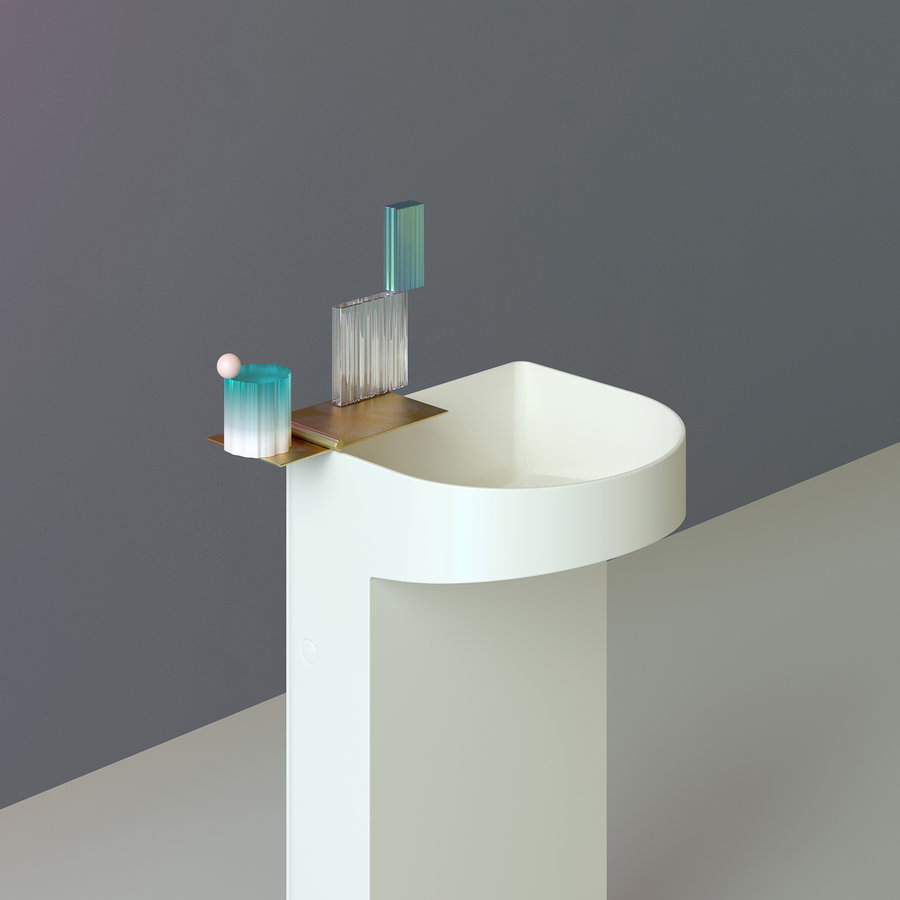 Shimmering transparent panels with iridescent pastel tints top off the collection, some smooth and some with that same corrugated wave-like texture, casting beautiful refractions of colored light around the room. The overall effect is that of a thoroughly modern bathroom — and not a single touchscreen in sight!