One of the world’s most celebrated artists of any era, the prolific French painter Claude Monet is best known as a pioneer of impressionism: the style prizing small, visible brushstrokes that capture the feeling of a scene as much as they do its physical likeness. Named after Monet’s 1872 painting Impression, Sunrise, impressionism helped propel visual art away from strict realism toward the moodiness of abstraction. Monet took particular interest in capturing the changing qualities of light through different seasons, and his most striking works might just be those focusing on the dappled appearance of sunlight on water. 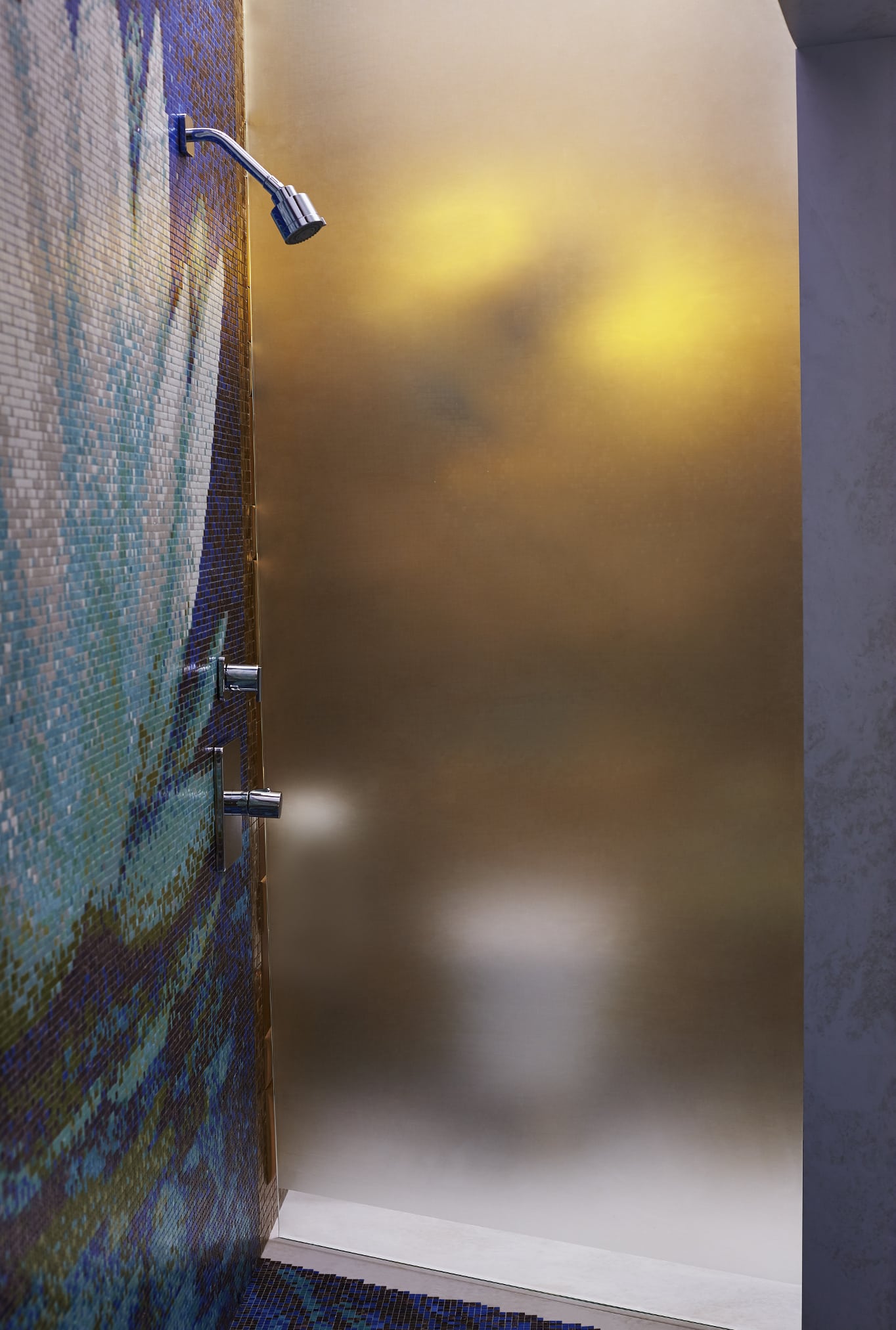 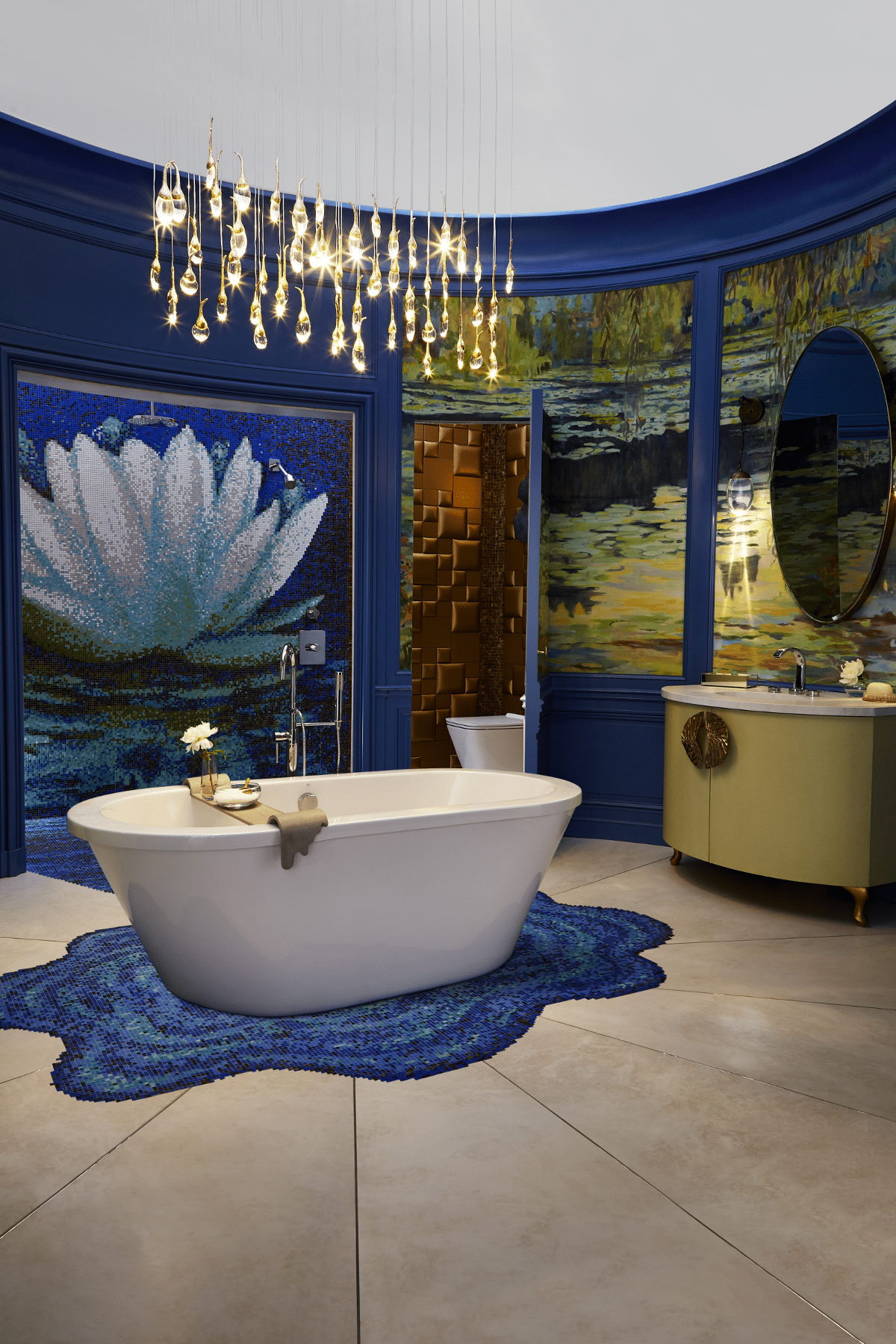 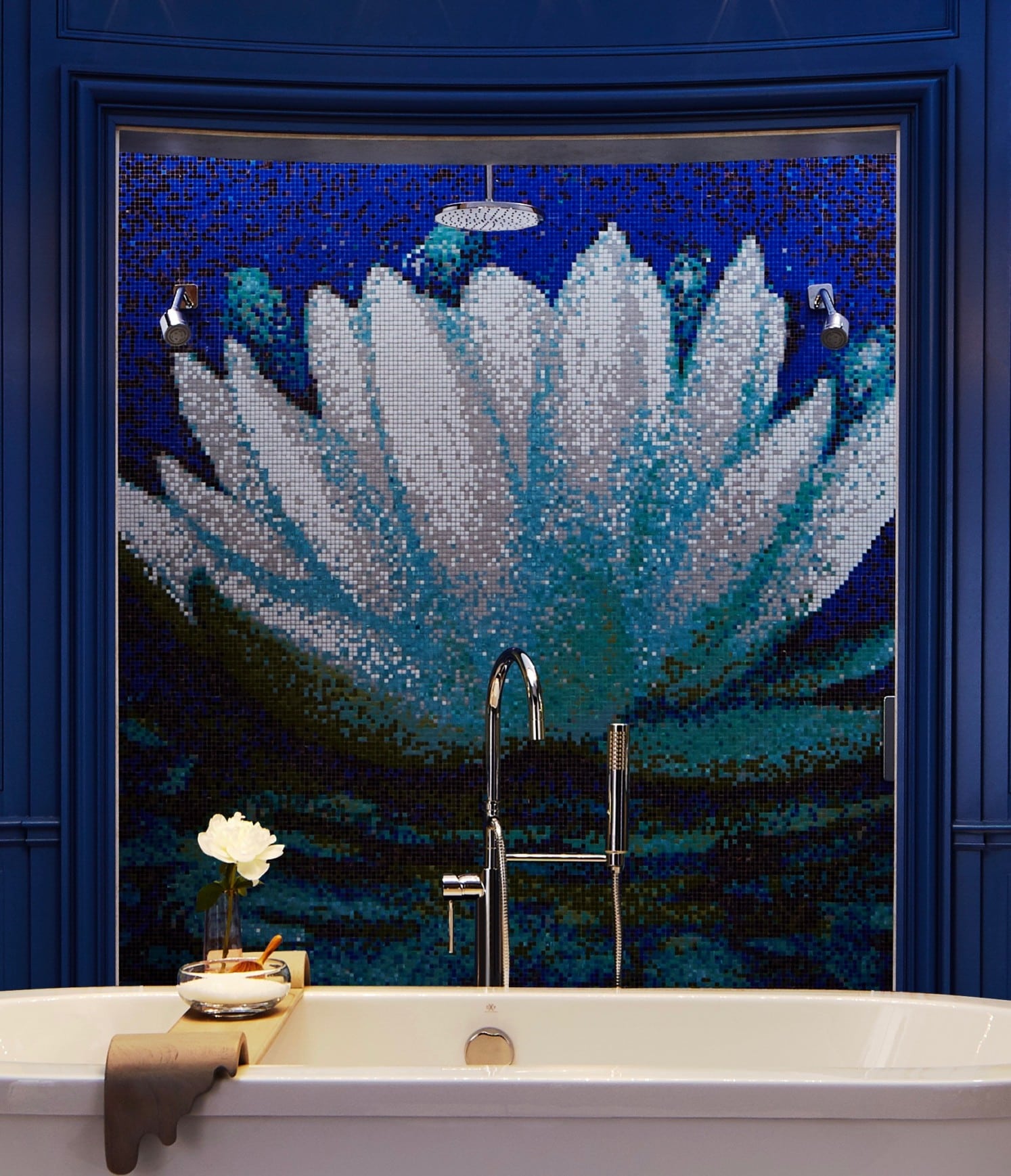 When Boston-based designers Sally Wilson and John Kelsey of Wilson Kelsey Design were tasked with creating a luxurious bathroom based on artworks from the period between 1875 and 1915, Monet’s water lily paintings quickly came to mind. The duo visited the Orangeries Museum in Paris and took in an oval room designed by Monet himself to house his oversized water lily panels, noting the “modern sensibility expressed by their simplicity.”

“While Impressionism may seem traditional today, at the time it was considered avant garde,” they explain. “The late 19th century was a time of transition and flux. Impressionism was part of the movement away from classicism and realism toward expressionism and deconstructionism. In fact, impressionism was the modern movement of the period. The potential to create visual tension and excitement around that ‘moving away’ was very inspiring to us!” 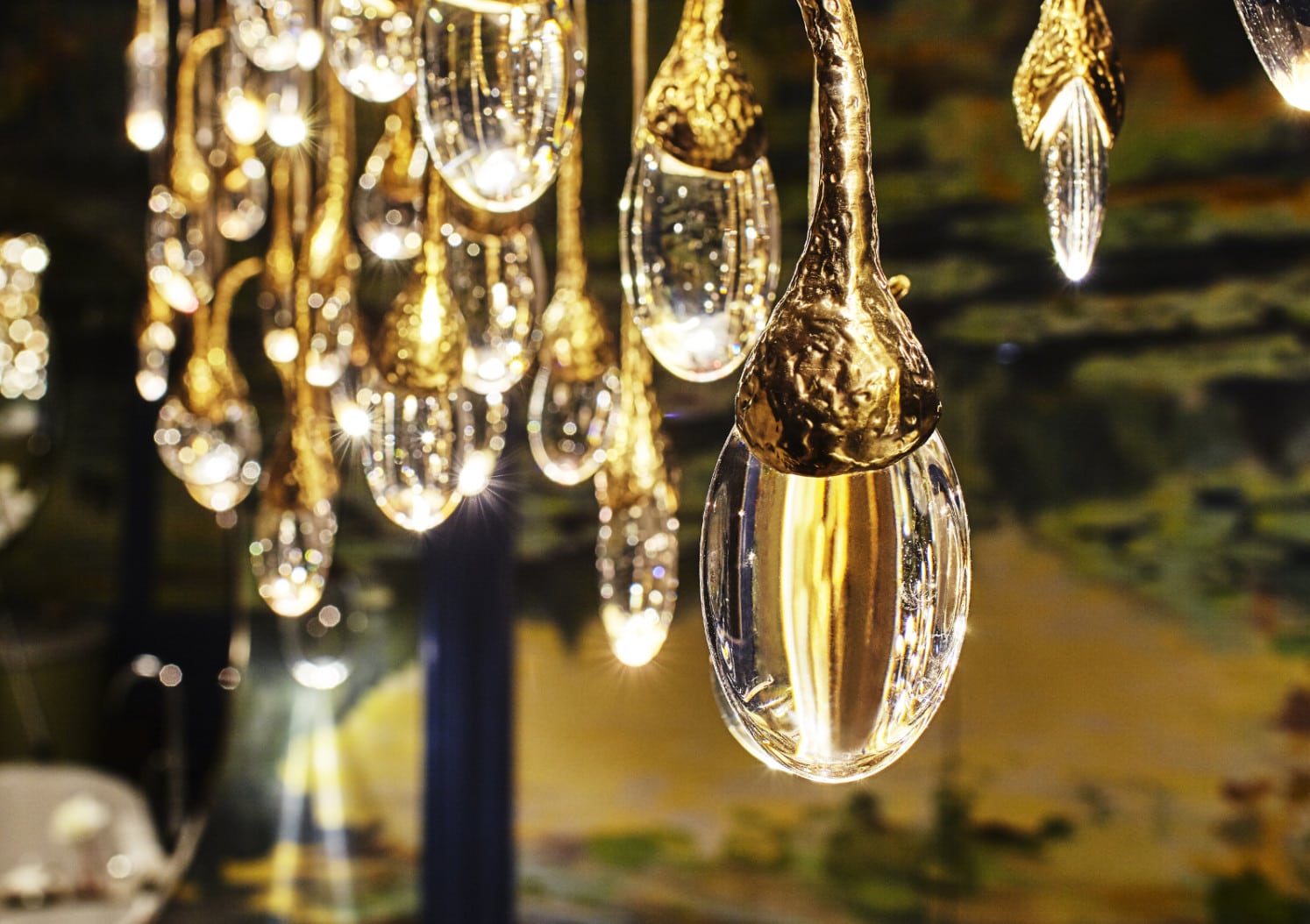 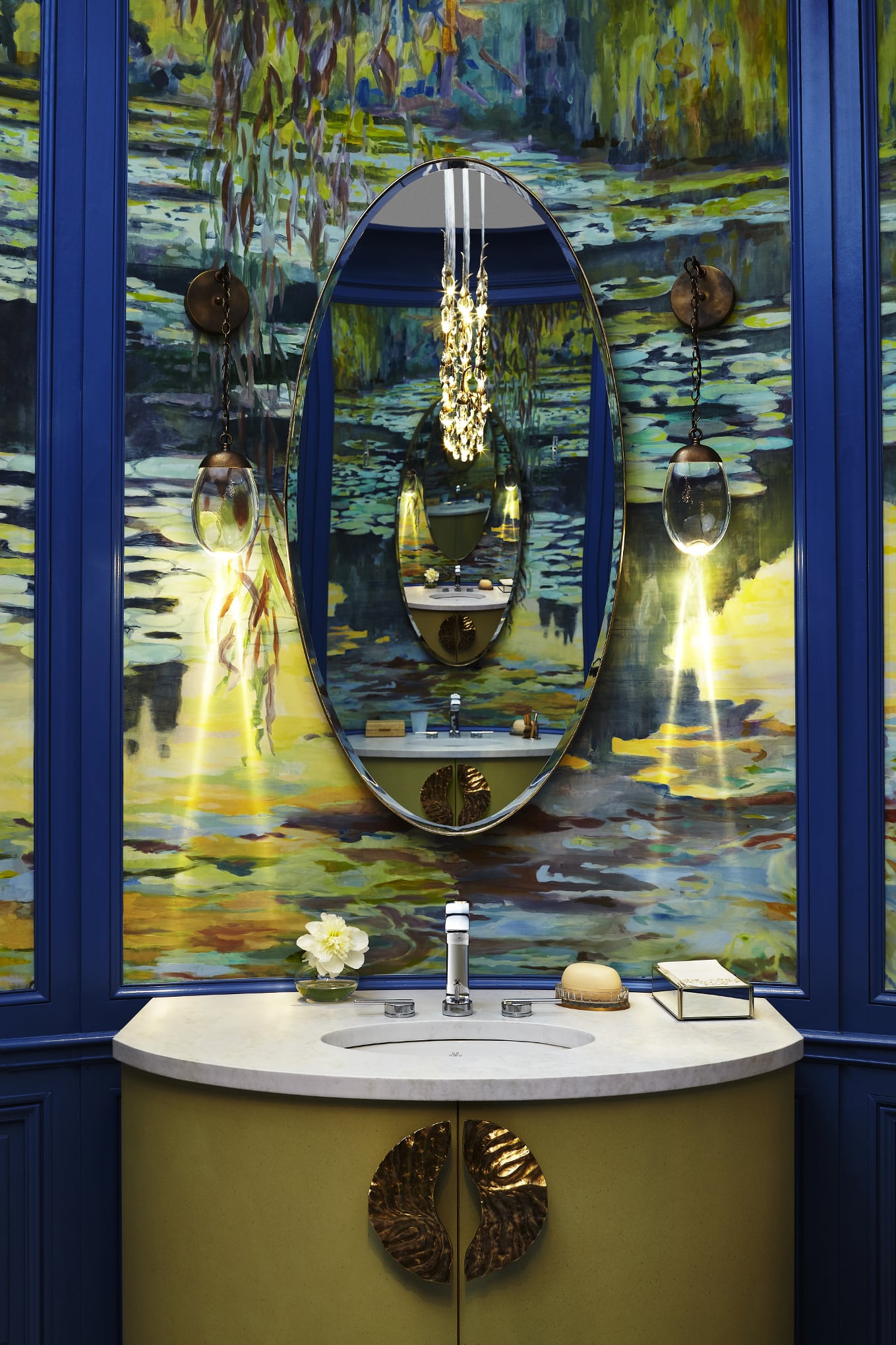 The result is a work of art in its own right — an ovoid bathroom featuring impressionistic water lily wallpaper, French paneling in the color “Chicago Blues” by Benjamin Moore, a water lily glass tile mosaic, and sculptural golden accents. First unveiled at the 2018 DXV Design Summit in New York City, the bath pays tribute to Monet in both its incorporation of his works and its successful distillation of a mood. Its harmonic contrast of classical and modern elements makes the space easy on the eyes and keeps most of the focus on the artistic features.

“A Monet hallmark is the reflection of light on water, and a bathroom is all about water,” says John Kelsey. “Our goal was to celebrate Monet and his Lily Pad Series within the context of that era’s architecture while adding a modern sensibility and technology via our fixtures, lighting, and materials.” 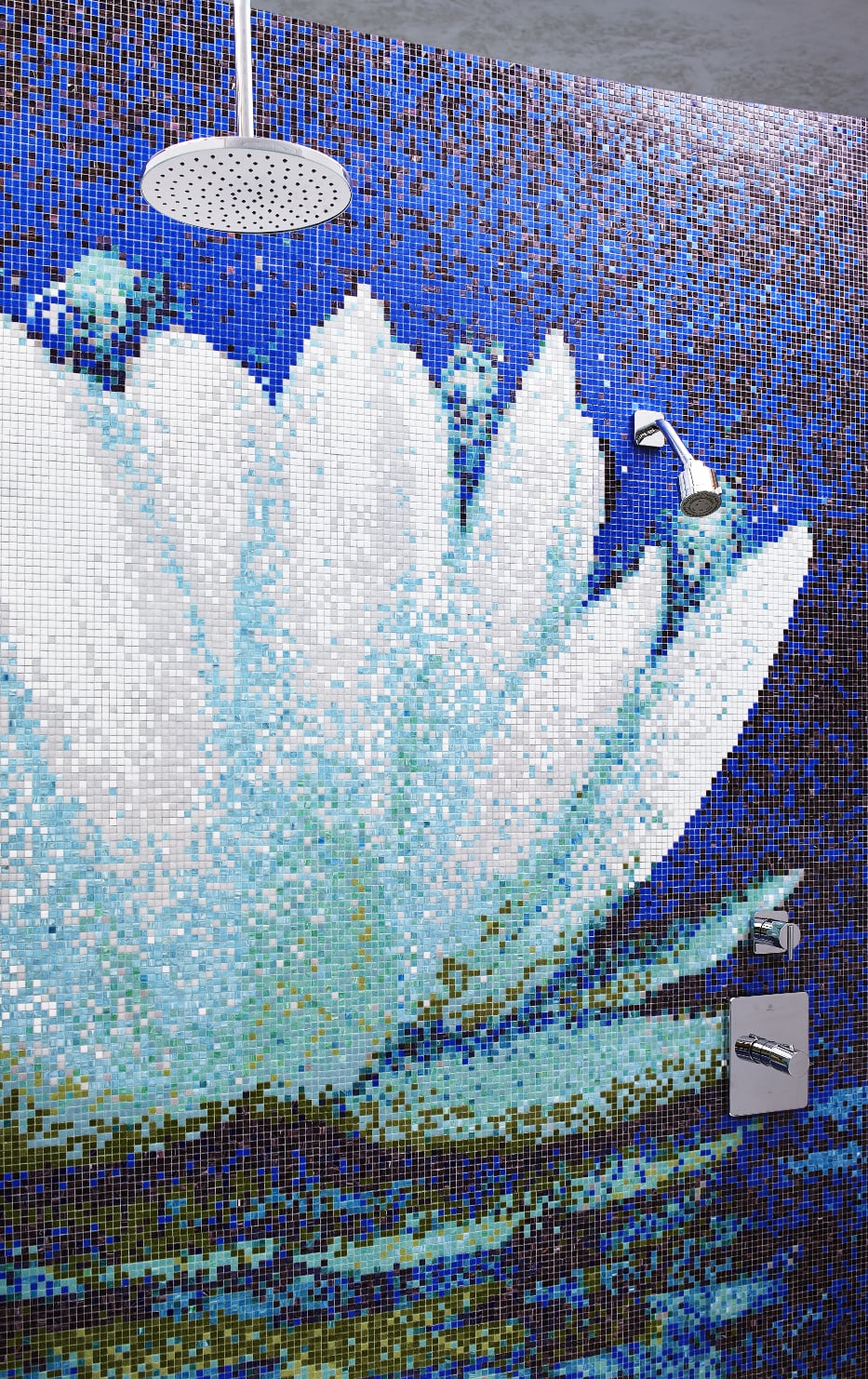 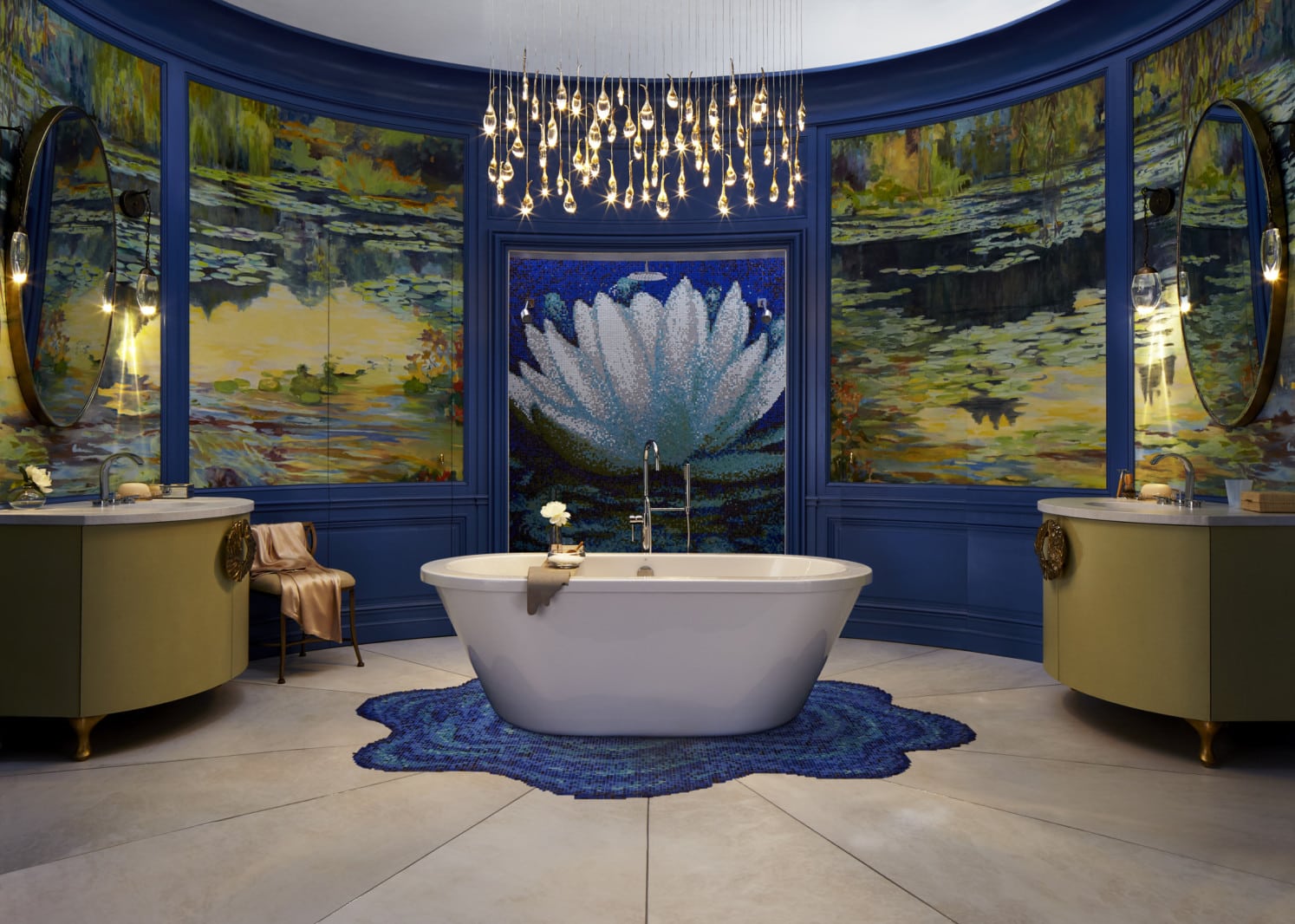 Who wouldn’t want to sink into this sumptuous freestanding tub designed by Lowell, enjoying Rem Collection faucets with water flow patterns reminiscent of natural waterfalls? The vanities are elegant and understated, and the open-air shower wall has a pointillistic effect thanks to its use of thousands of tiny tiles, all of which were computer-designed and robotically manufactured by Artaic. Another set of dark blue background tiles spills down onto the floor to create a pond effect around the tub.

Concealed doors hide dual gold-lined water closets for a little couple’s privacy, with glass walls between the shower and these closets putting on their own displays of golden light at the flip of a switch. Additional details include hand-painted water lily tables, a modern chandelier with organically shaped lights, sculptural cabinet pulls by Serie Rare, and a ginkgo leaf sconce from Charles of Paris.