We’re on the cusp of an electric car revolution – one where we leave polluting fossil fuels in the ground where they belong. Tesla is pushing the envelope with increasingly futuristic-looking cars, trucks, and other EVs, but other automakers are catching up, debuting fresh new designs and green versions of their existing models. Some fans of classic cars are even dropping big money to convert vehicles like vintage Porches, Volkswagen Beetles, Mustangs, and Ferraris into electrified versions with surprising amounts of power. Doesn’t that make you wonder what some of Hollywood’s most famous cars would look like if they got EV makeovers of their own?

Well wonder no more, because this series of “e-imagined” vehicles literally draws it out for us. Dreamed up by Money.co.uk, these fantasy makeovers transform the A-Team van, Herbie the Love Bug, the Ghostbusters Ecto-1, Back to the Future’s DMC DeLorean, and James Bond’s Aston Martin DB5 into electric cars without sacrificing the look that makes each one iconic. 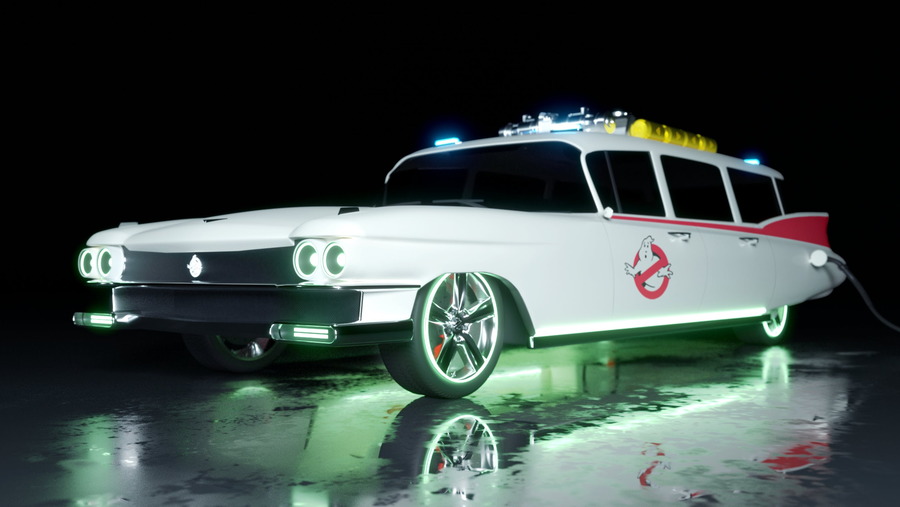 Who you gonna call when you need some eco-friendly ghostbusting? The reimagined Ghostbusters Ecto-1 brings this film and TV franchise’s unforgettable 1959 Cadillac into the 21st century. It’s the very same vehicle we all know and love, but subtle new additions hint at what’s going on under the hood. The designers explain that “while the new movies still feature a petrol-powered ghostbusting machine, we opted to give our heroes a cleaner, greener way of saving the city, with Slimer-approved (and inspired) lime green lighting.”

Arguably cinema’s most famous sci-fi car, Doc Brown’s time-traveling DMC DeLorean has got to be the coolest car from any 1980s movie, period. At the time, it was also the most futuristic car design on the market. Produced for just two years between 1981 and 1982, the rear-engine, two-door, two-passenger sports car by the DeLorean Motor Company was best known for its gull-wing door style and stainless steel body panels. It was ultimately the only model produced (with about 9,000 units sold) by DMC before the company filed for bankruptcy and shut down. 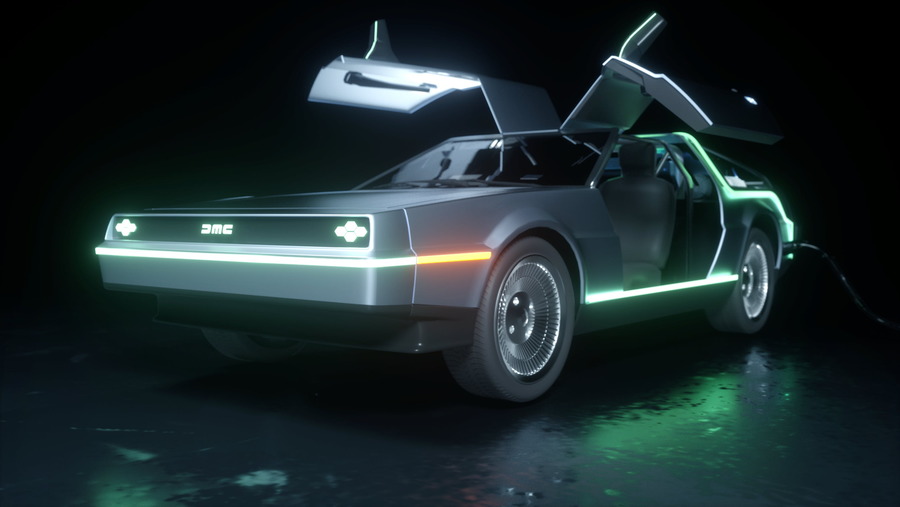 Part of what sunk the DeLorean was its lack of power, especially for the high price. This fantasy “E-Lorean” overcomes that issue with an electric engine, and of course, the doors are still a primary feature. The Money.co team notes that “these days, the DeLorean has enjoyed cult appeal and is still popular with collectors due to its short life span and association with the franchise. While rumors of a Back to the Future reboot have never come to fruition, with our 2021 concept E-Lorean we hope Doc Brown might one day fire up the ‘Musk Capacitor’ to go back to the 80s and warn DMC.”

There’s a lot to love about the adorable Volkswagen Beetle, especially the 1960s iteration so beloved by the hippies. There’s simply no other car like it. The Beetle had a long and historic production run between 1938 and 2019, when it was finally discontinued, and now, vintage models are highly sought by collectors who want to restore them to their original glory (and/or convert them to run on electricity). On the big screen, the Beetle is most often associated with the 1968 Disney hit The Love Bug. 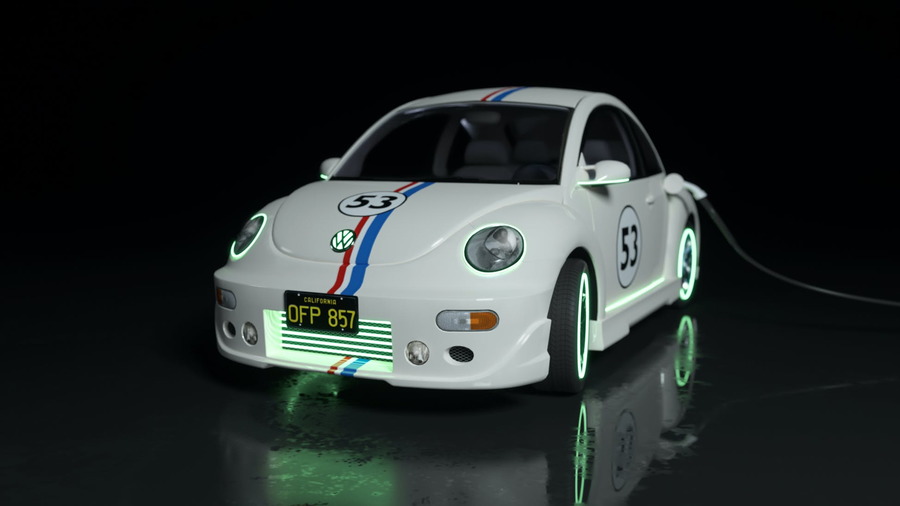 “Our E-tle concept oozes cool and 60s chic, while staying true to the ‘flower power’ essence of the 1960s. With Volkswagen firmly declaring their future as electric, with its new I.D range and success of the E-Golf, we’re hoping that our concept E-tle might not be too distant of a dream.”

Okay, so this one is definitely unlike any GMC Vandura you’ve ever seen. Instead of taking the subtle route, this electric makeover totally changes the A-Team’s classic ride, which was probably the most awesome Chevy van to ever exist. And what provided the inspiration? No less than the controversial Tesla Cybertruck. 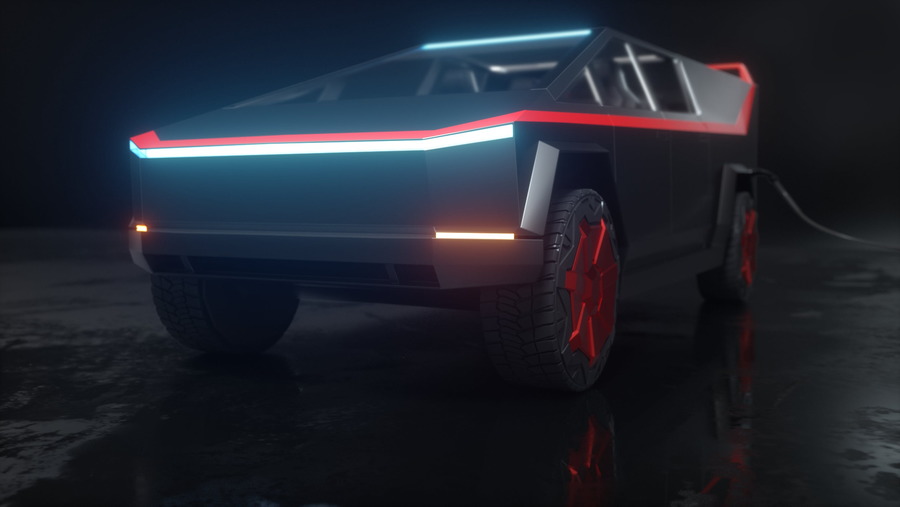 “Originally a GMC Vandura, which ran production from 1964 to 1996, our reboot takes inspiration from the upcoming Tesla Cyber Truck, allowing the E-Team to supercharge their van in between their escapades.”

James Bond has had no shortage of luxury vehicles over the decades, but none say “007” quite so distinctly as the Aston Martin DB5 featured in Goldfinger (1964), Skyfall (2012), and other films from the franchise. 25 of them were commissioned for the latest film No Time to Die, which is set to premiere in October 2021. When you can find one of these rare classics, you’re looking at a price tag of around $1 million USD. 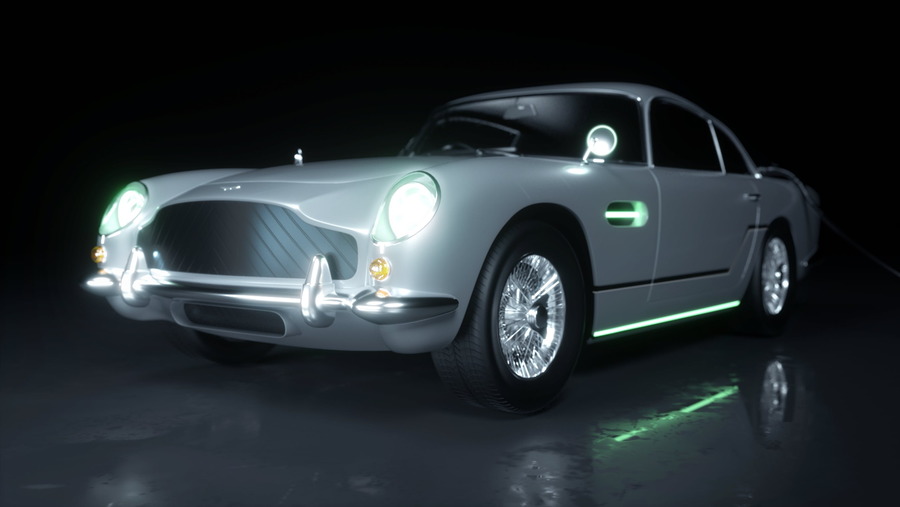 The designers had no intention of messing with perfection on this one., explaining that “unless you’re James Bond or Q and you’re fitting rocket launchers or an ejector seat to it, it’s probably best to leave the iconic DB5 alone. Our EB5 retains all the classic features of the car, with just a touch of EV styling and modern curves, including a Porsche-style front storage trunk for gadgets or golf clubs.”