Volkswagen’s classic “flower power” bus is getting an electric remake to bring its charms into the 21st century. 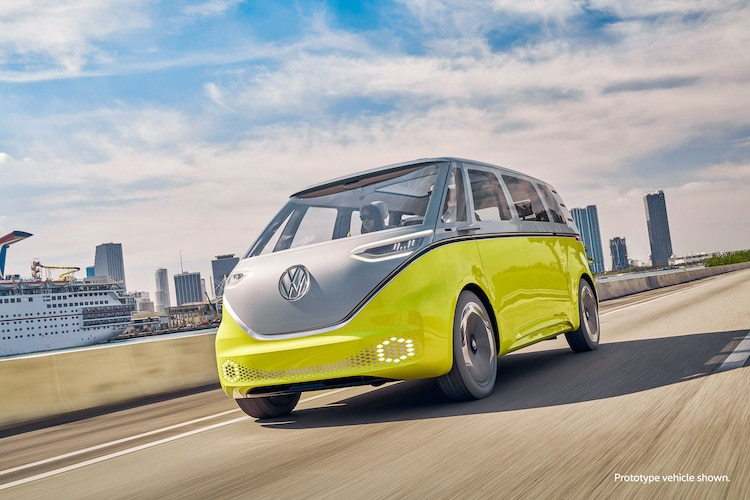 “For me, the I.D. Buzz concept is the most beautiful and most exciting electric car in the world,” says Dr. Herbert Diess, Chairman of the Board of Management for the company. The German automaker hopes to bring back the nostalgia of the original VW Bus, a vehicle that became synonymous with the cross-country freedom of the 1960s and 1970s. 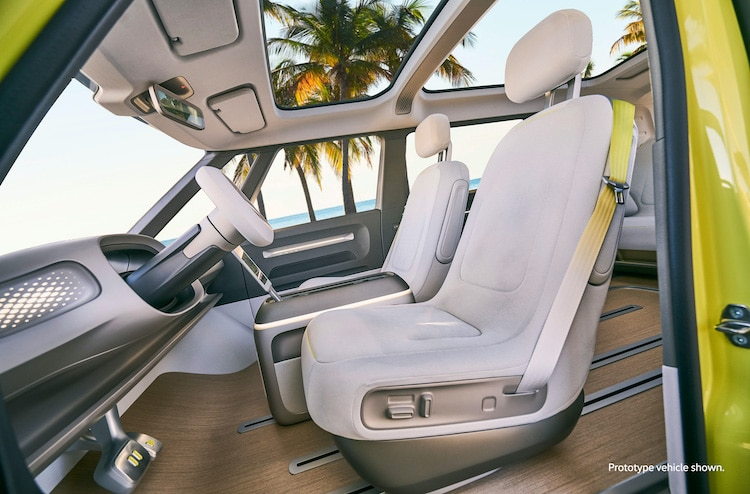 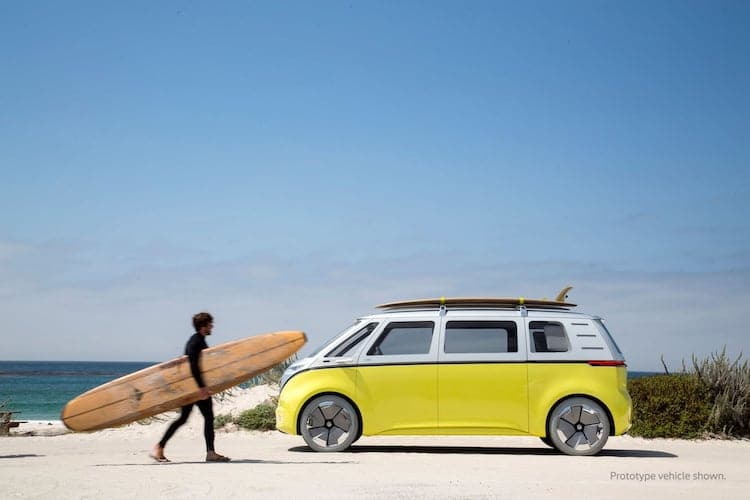 “It took you everywhere with your friends, it was a car but also a home on wheels. It was both reliable and unconventional. It was highly emotional,” says Diess, adding that “it was and still is a wonderful car.”

“The I.D. Buzz stands for the new Volkswagen,” Diess explains. “We are fully committed to the future of mobility, and we want to reignite America’s love for VW. Our goal is clear: we want to make the fully electric, fully connected car a bestseller around the world. The iconic car of the electric age must be a Volkswagen.” 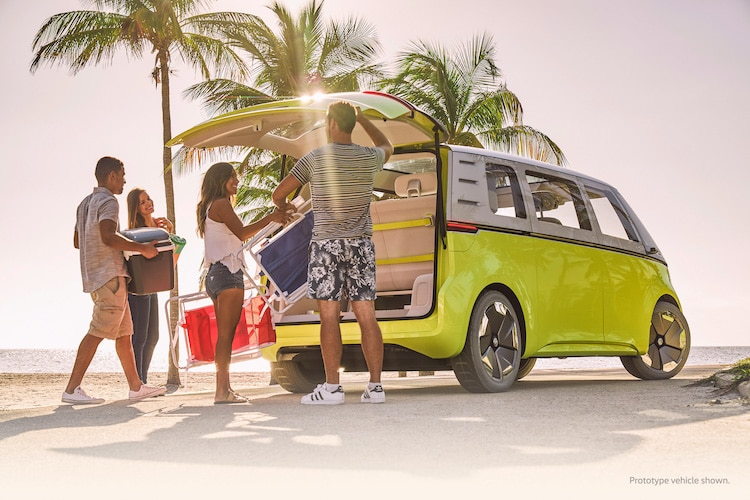 The van will join VW’s current electric offerings, the I.D. 3 and the I.D. 4 crossover, and is set to roll out in Europe in 2022 and the United States the following year. It will be available in both commercial and passenger models in Europe, while the U.S. will only get the long-wheel base passenger version.

The basic rear-wheel drive option can provide up to 200 horsepower, while the all-wheel drive upgrade boasts up to 300. Of course, both are a far cry from the 30 horsepower generated by the first 1950 VW Bus.

Each axle will get an electric motor, with the 111kWh battery pack in the car’s MEB chassis allowing for a range of up to 300 miles on a single charge. With its proprietary fast-charge system, the I.D. Buzz can regain roughly 80 percent of its energy capacity with just 30 minutes recharging at 150 kW. 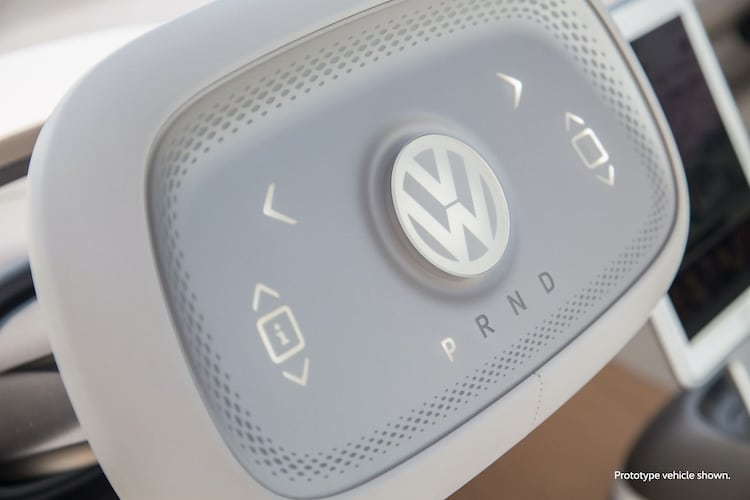 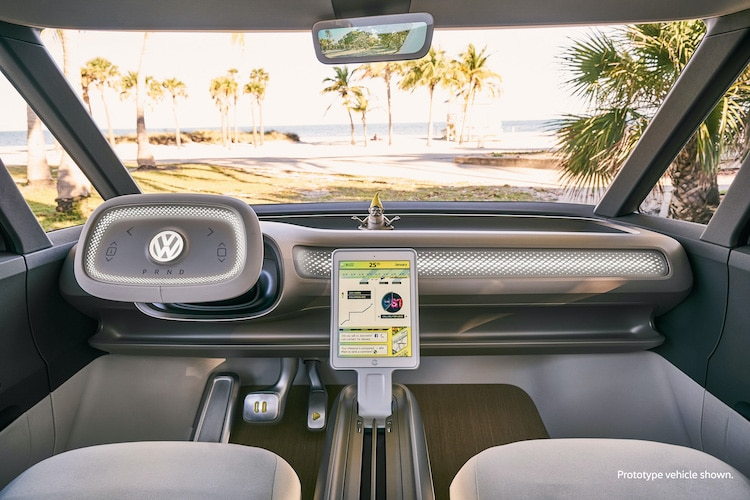 Not only will it be more eco-friendly than its predecessors, but VW’s new van will also be much smarter. Incorporating some of the company’s autonomous technology, the I.D. Buzz comes with a fold-away steering wheel, pop-up laser scanners in the roof, and an augmented reality heads-up display. In 2025, the European market will get a version that includes the fully automated “I.D. Pilot” mode, intended for taxi and delivery services. It will also be Volkswagen’s first completely self-driving vehicle.

“These cars will offer everything — and even more — than you have seen from other electric carmakers.,” Deiss says. “And they will be much more affordable.”

Announced as a concept in 2017 and originally slated for the U.S. market in 2022, Volkswagen of America CEO Scott Keogh recently confirmed in an interview with Automotive News that the new “love bus” would not be available until 2023. 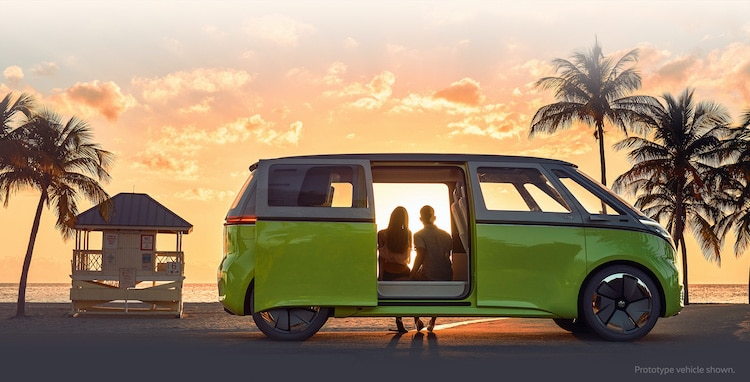 “I wish it was coming next year,” he said. “It’s not going to come quite as soon as that; it’s going to be a little bit later than that.”