On September 22nd, a crowd gathered around a dock at the Linton Bay Marina in Panama to watch as the SeaPod by innovation technology company Ocean Builders was unveiled. Panama’s President Laurentino Cortizo was among the onlookers waiting to step inside the luxury floating home. But the event went sideways — literally — when the prototype suddenly toppled over, leaning into the adjacent dock. It may not have been the most auspicious start for the spaceship-like pod home meant to kick off Ocean Builders’ vision of an eco-sustainable paradise, but nobody was hurt, and the company says it’s eager to try again. 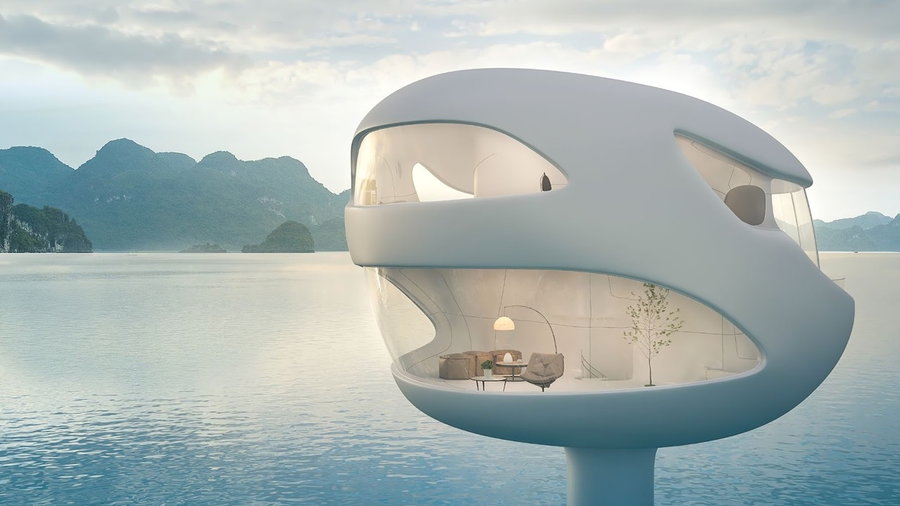 Designed by Dutch architect Koen Olthuis, the SeaPod is supposed to represent a new way of living in harmony with coastal ecosystems. Ultra-minimalist and nearly all-white, the unusual home features 830 square feet of living space spread across three levels, including a bedroom, kitchen, living room, bathroom, and storage areas. It’s perched on a 7.5-foot-high pillar connected to a floating base hidden beneath the surface of the water. This stabilizing base uses more than 1,688 cubic feet of air-filled tubes to stay afloat. To get to and from the home or order supplies, occupants wear a smart ring that summons a vehicle or a food delivery drone. Prices range from $295,000 for the smallest and most basic pods up to $1.5 million.

Titanic II is gonna be a banger. #seapod

The idea behind the SeaPod is to unlock the ocean as a new frontier offering a high quality of life. In contrast with “green technology,” which usually refers to sustainability, Ocean Builders calls its philosophy “blue technology,” turning rising sea levels into a positive by working with the oceans instead of against them. The design of the SeaPod is based on the forms and materials of sea shells, which the company cites as beautiful, organically shaped, and naturally strong. 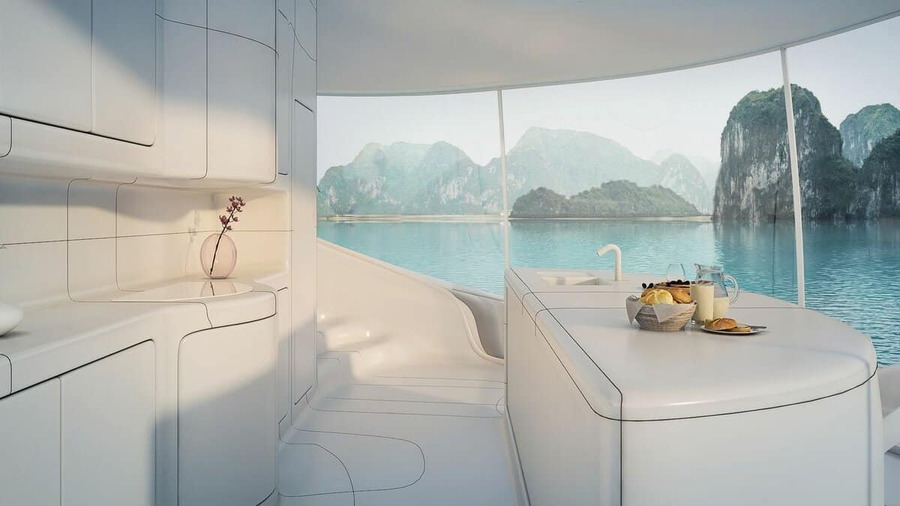 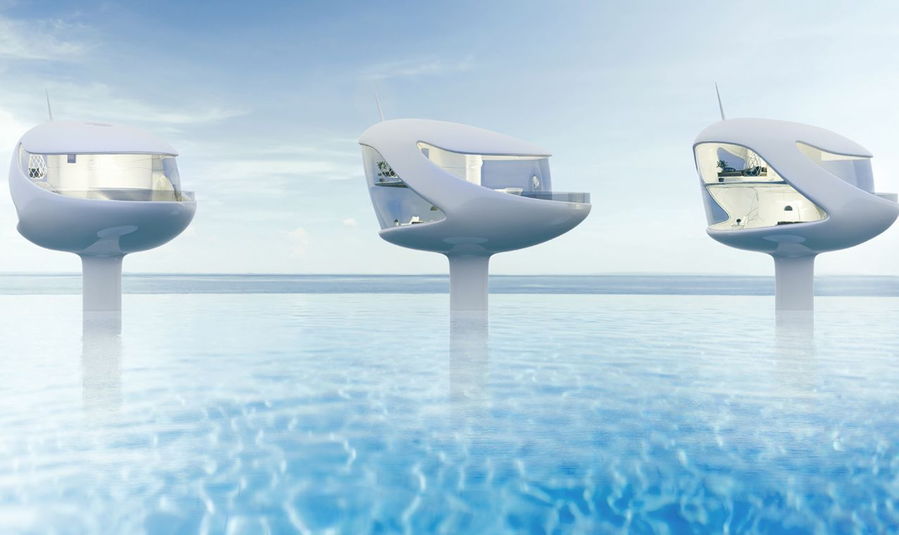 Ocean Builders CEO Grant Romundt says: “Every day, thousands of people all over the world move closer to the top 15 major metropolitan cities which are within 50 miles of a coastline—a trend that will continue to grow… We’ve been motivated by the opportunity to change and challenge the traditional real estate and tourism models and create first-in-class living experiences that can give back to our ocean environment.” 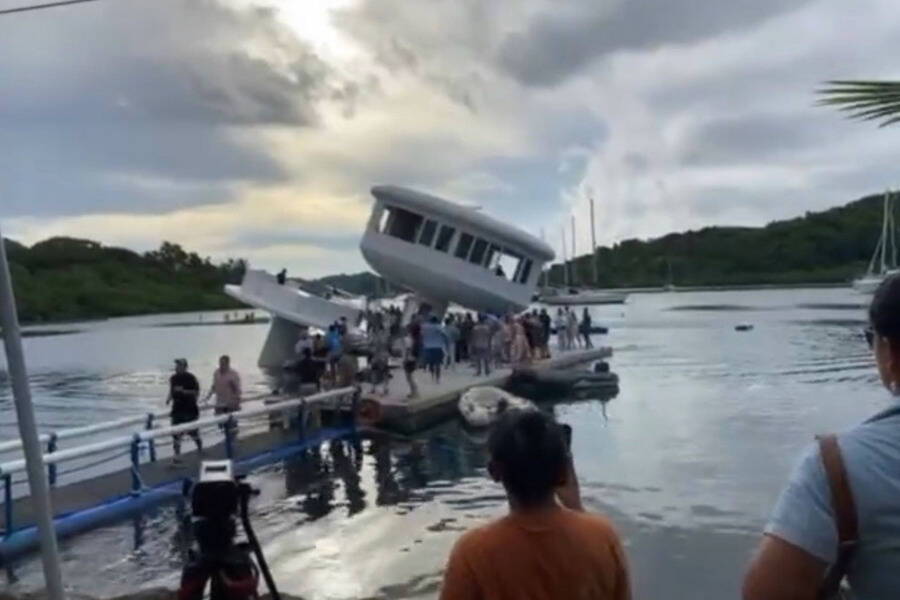 If all of that sounds a little too futuristic to work, the failure of the launch event might seem like a sign that this technology isn’t quite ready for prime time. Ocean Builders says the embarrassing incident was caused by a bilge pump malfunction that affected the balance of a steel spar in the prototype and caused it to flood. They insist that there was no damage, and in a statement to Autoevolution, a spokesperson for the company says “Like all innovation and new technology, there is a likelihood of trial and error, and that provides an opportunity to learn, improve, and continue to innovate on ocean technology.”

Every innovation has its stops and starts along the way, and an incident like this isn’t necessarily indicative of failure. But one interesting thing to note is that the prototype is so visually different from the company’s renderings. What was revealed in Panama last month looks more like a standard marine lookout tower than a sexy futuristic floating home, raising the question, once again, of whether this launch was just a tad rushed.