With the constant advance of global warming, polar ice caps continue to melt, causing sea levels to inch up every year. For coastal towns, this danger is real and immediate – but Iranian architect Sajjad Navidi has devised a nature-based concept that could insulate rural communities from the effects of higher tides: the Puffer Village. 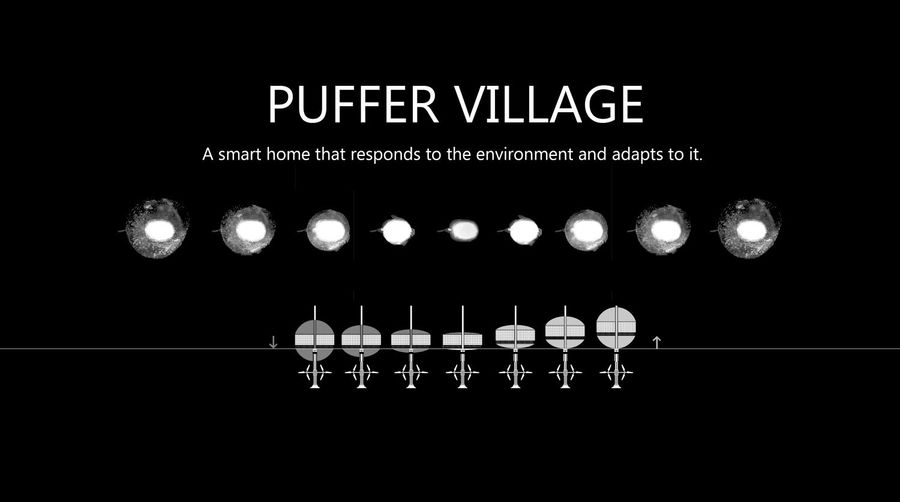 “One of the major future crises of the world is rising sea levels, which could pose a serious threat to human survival,” says Navidi of his design. “… We need a system that can adapt to sea level conditions. Nature always has the best answer for us.”

He used the lake village of Ganvie in Africa’s Benin region as an example of a place where his idea might have great benefits. The people there build their houses right on the water, but with constant exposure to the elements, they get easily worn out and destroyed over time. Residents live under constant threat of collapsing homes and potential loss of life from this unpredictable occurrence. 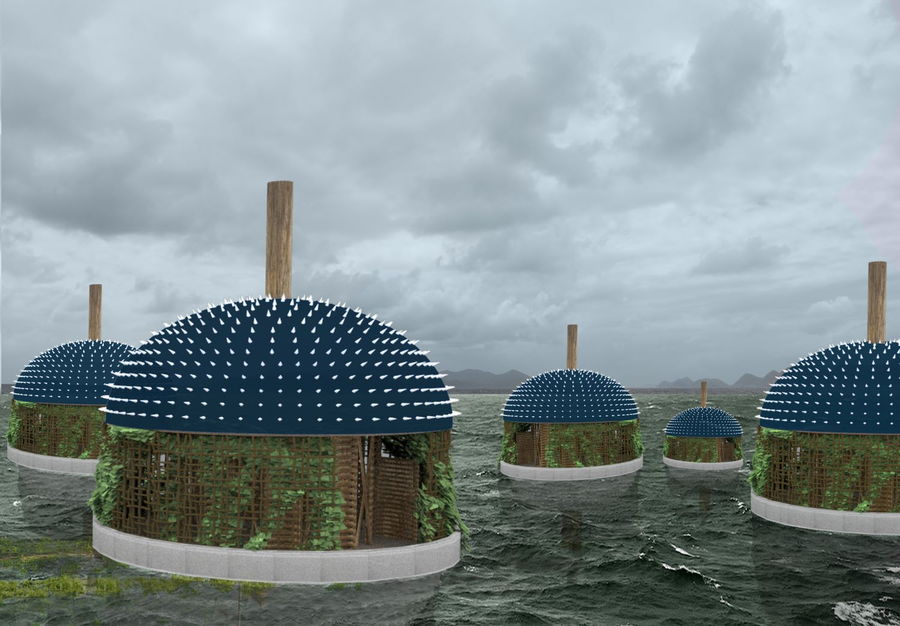 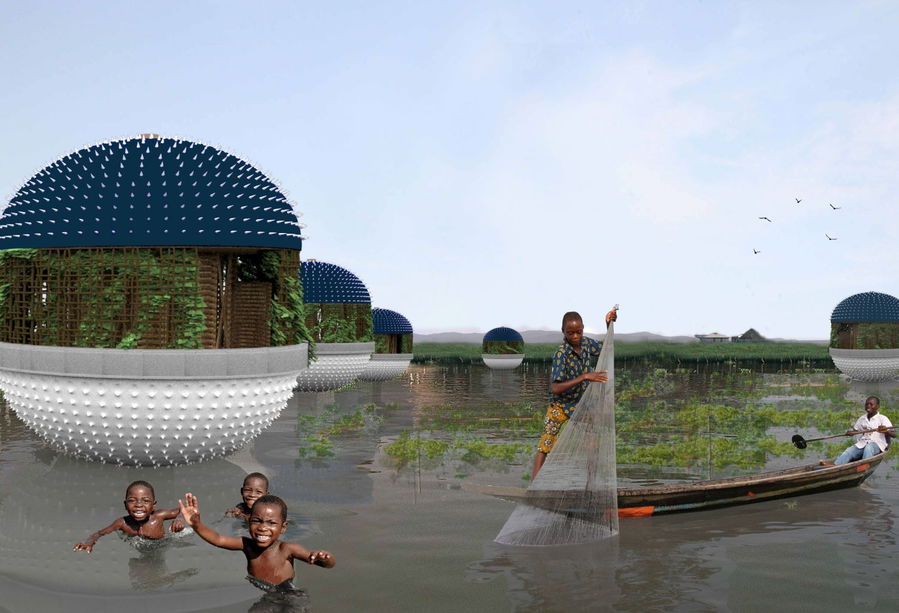 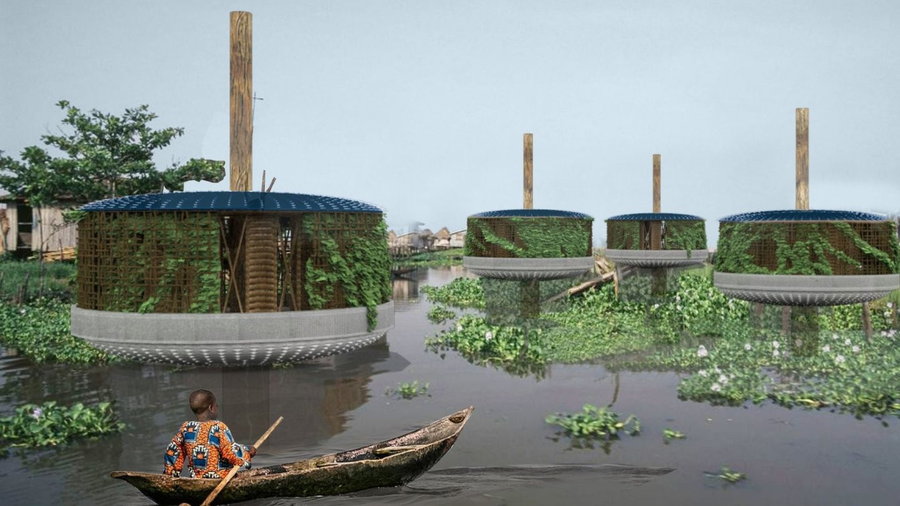 Navidi’s creative solution to the problem began by looking to the survival skills of that area’s native animal populations. With many varieties of pufferfish in the nearby Lake Nokoué, the architect studied their biomimetic structure and the way they escape enemies by means of water or air inflation.

The scheme of the resulting Puffer Village is comprised of individual dwelling pods that can rise to the water’s surface when the tide is high or as the level rises gradually over time. It can also deflate and hunker down during stormy conditions, protecting the homes from floating away or being damaged.

The process involves balloon skins integrated on the roof and under the water that can fill with air or water according to climate conditions. In stable water and weather periods, the skins are closed and collapsed, giving the roofs of the houses a flat appearance. When the sea level rises, a sensor is triggered that activates the air fan under the house, inflating the balloon skins and causing the structure to rise to the surface of the water. During storms or times of rough seas, a separate water wave sensor tells the base pores to let in water, making the houses heavier and better able to withstand the wind and breaking surf. 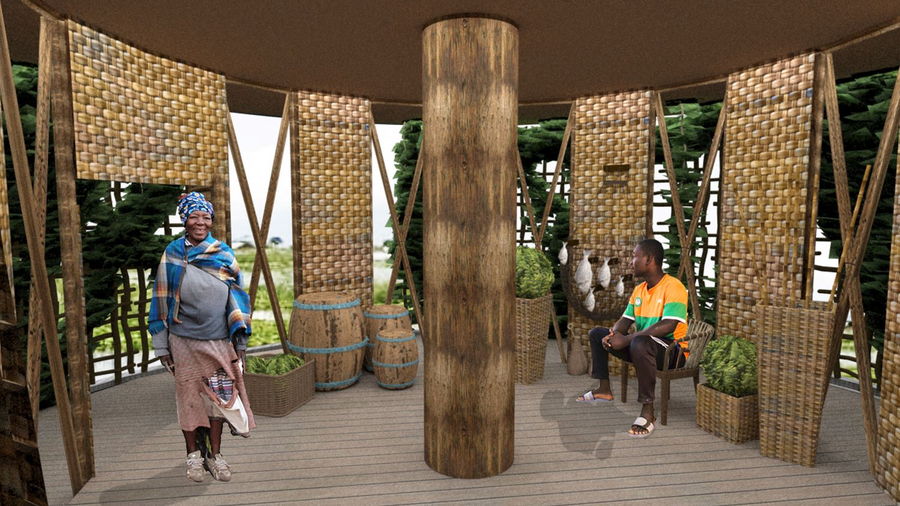 Even better, each pod is meant to be self-sustaining in its energy needs. A tidal energy system will generate electricity from sea waves, while flexible photovoltaic panes on the roof will produce additional power from solar radiation. An aquaponic system will support food production by supplying fresh water to the plants growing vertically on the houses’ wooden walls.

Each home is secured to a concrete column in the sea floor, and Navidi envisions placing pillars all over the region to allow for generational village expansion. 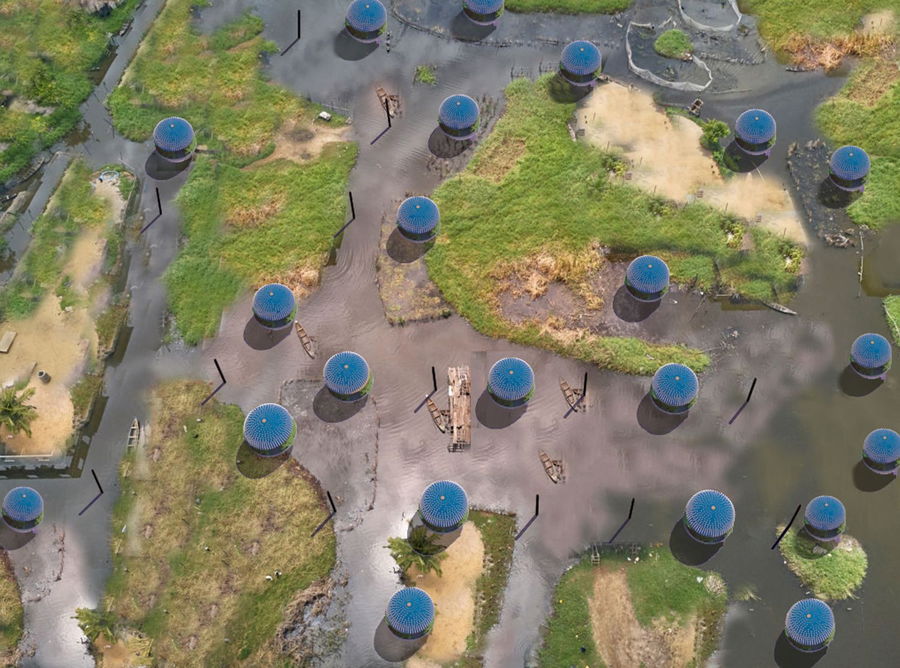 Navidi’s unique Puffer Village proposal was a top ten finalist (out of 2,000 entrants) in the 2021 Jacques Rougerie Foundation competition, an annual contest promoting innovative ideas for living on the sea or in space.

Photos of Navidi’s inflatable village and his other works can be found on his Instagram page.