As a way to maximize seaside living without the associated cost and environmental destruction, Panama-based company Ocean Builders is rolling out a line of floating home pods that can be positioned off almost any coast. 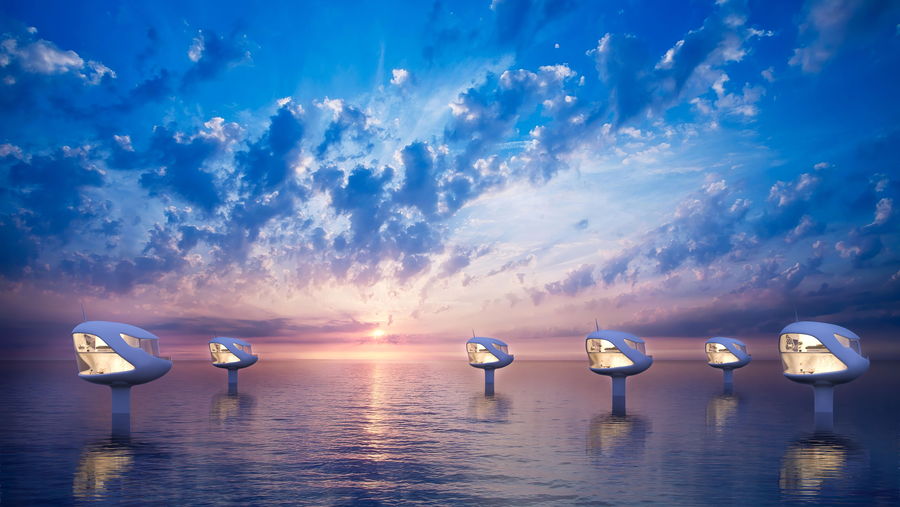 Dubbed the “world’s first eco-restorative homes,” SeaPods are the brainchild of the company’s Head of Engineering Rüdiger Koch and Chief Executive Officer Grant Romund. The two partnered with Dutch architect Koen Olthuis and his firm Waterstudio to design a home suited for an aquatic lifestyle. 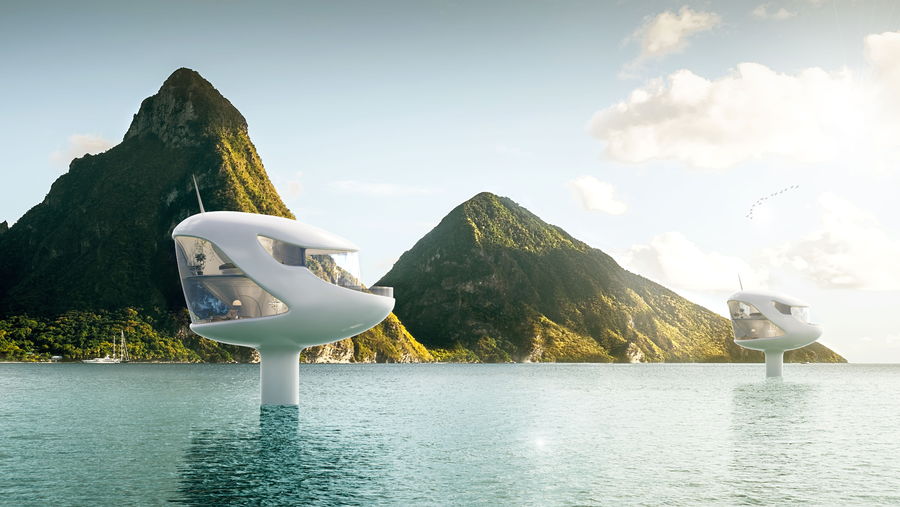 The pods’ floating capabilities were inspired by the physical properties of an iceberg. Just like most of the mass of an iceberg is underwater, the SeaPods have over 1,688 cubic feet of buoyant, air-filled steel tubes that rest below the surface, pushing the spherical living spaces almost 10 feet above the water. 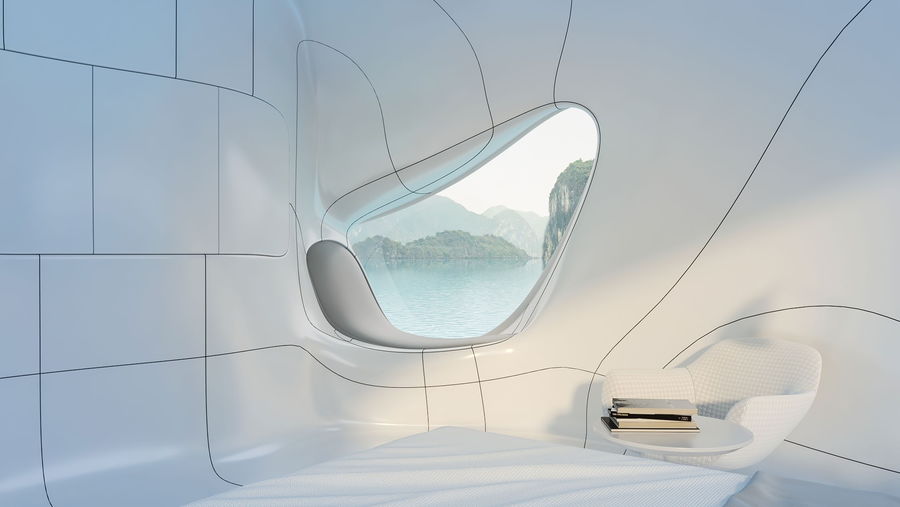 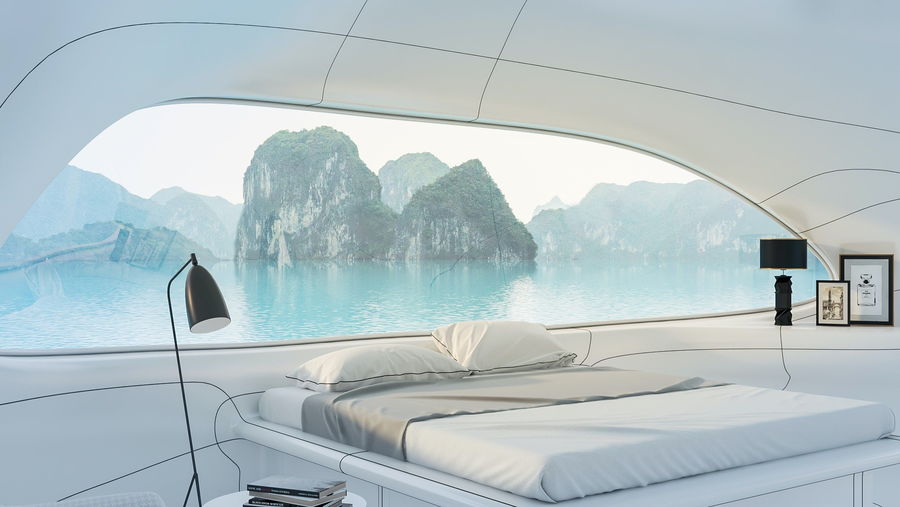 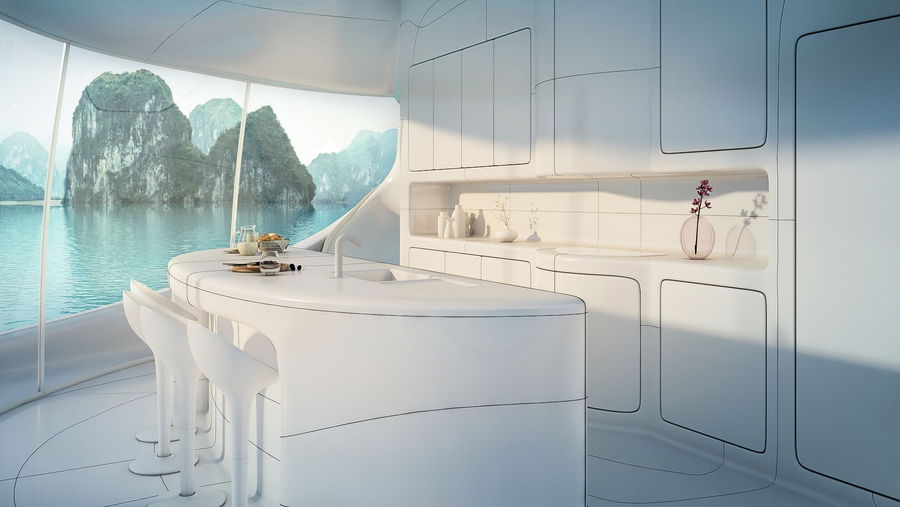 Each Pod offers 833 square feet of living space within its three-and-a-half floors, including a master bedroom with stunning panoramic views, living room, kitchen, and bathroom. The entire space is futuristically simple with hidden light switches, power outlets, and lightbulbs. LED light strips that can provide either blue-toned daytime or yellow-toned nighttime lighting are tucked within floor and ceiling grooves for a true minimalist look. Even cooler, all functions are controlled by “smart rings” worn by the residents, allowing them to turn on their music or unlock a door with just a wave of their hand.

“If Apple had built a home, I think you would end up with the SeaPod,” said Romundt in an interview with CNN. “…There’s a lot of technology built into the homes. I like to think of it as, instead of having a phone as a digital assistant, your home actually becomes your assistant, and you can use it to optimize your life.” 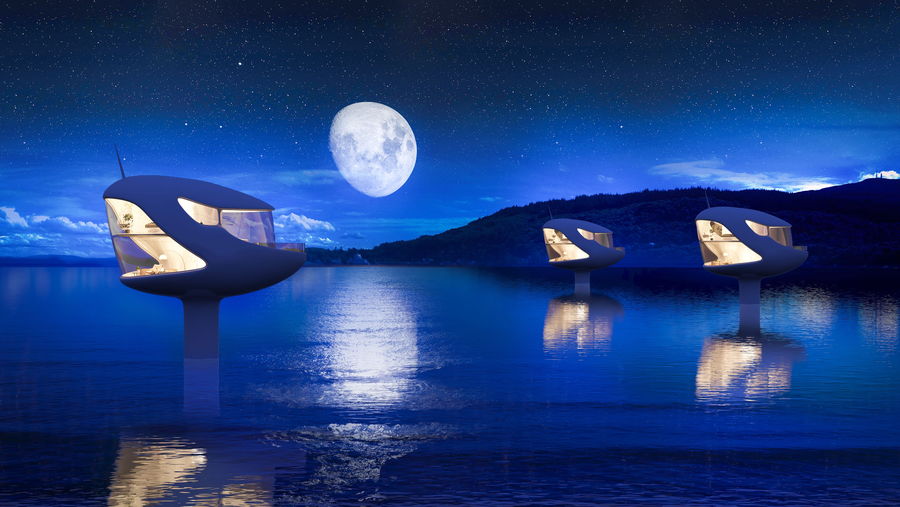 The pod structure is crafted to grow with changing technology. “We have designed Pods to be easily upgradable,” the company writes on their website. “There are set locations behind walls where new devices and components can be plugged in like LEGO pieces for upgraded functionality as technology improves.”

The software controlling the Pods can also be updated remotely. It will be like “a mobile phone where you can install new ‘home apps’ that are constantly being developed.” New automations and sensors can be hot swapped as needed. 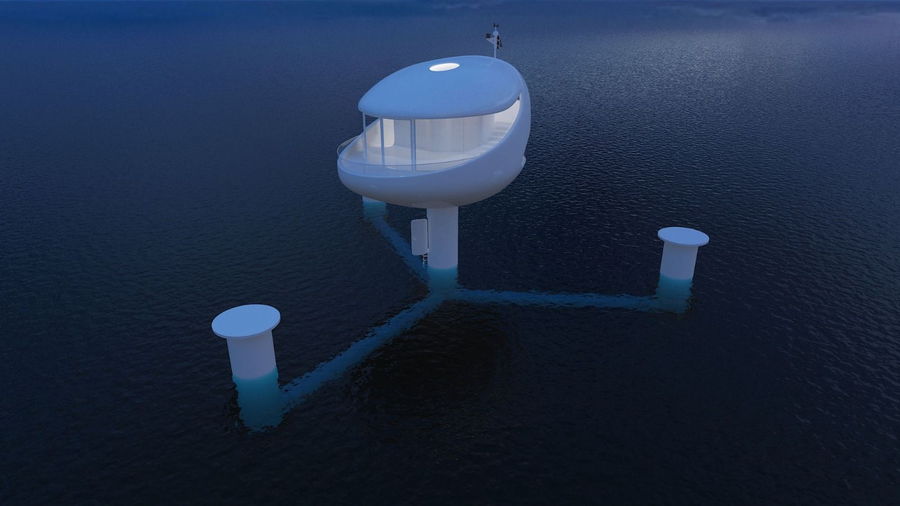 Perhaps the best part of the SeaPod lifestyle is the symbiotic existence with the natural world. Instead of destroying natural habitats when a traditional house is built, “when you build a home on the water you actually create a habit for ocean life to thrive,” Ocean Builders said. “…Anytime you put something in the water that makes shade it attracts sea life. It often starts with barnacles and other life starts to grow on the underwater surface of your Pods. This can lead to coral growth and eventually homes for fish.”

The first set of pods are already under construction in Panama’s Linton Bay Marina and are scheduled to be completed and revealed online in late September. They’re expected to sell for between $295,000 to $1.5 million each, with potential buyers being able to move in at the end of 2023. An additional 1,000 pods will go into production by 2024. 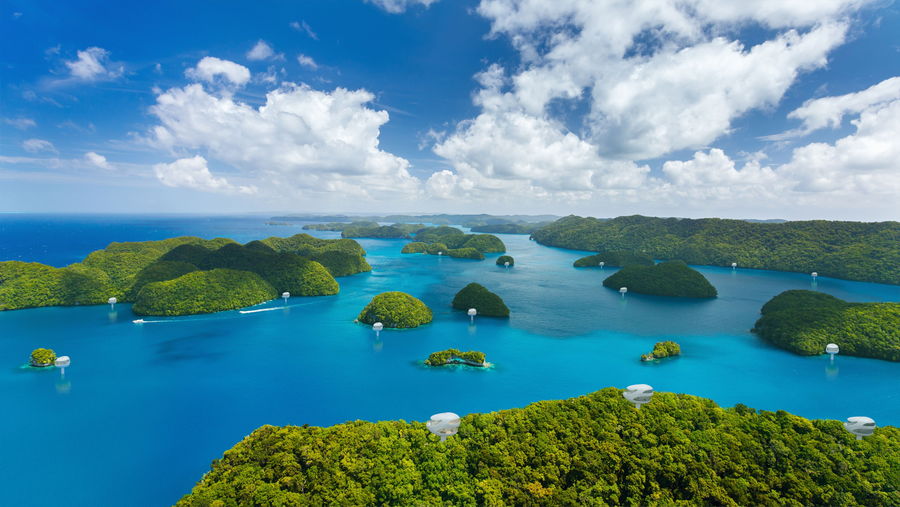 Also in the works from Ocean Builders are two other pod models: the land-based GreenPod, and the eco and budget-friendly EcoPod.