Luxury fashion house Dolce & Gabbana recently crafted a tiara the owner can only wear in the digital world — and it fetched over $300,000 at auction. 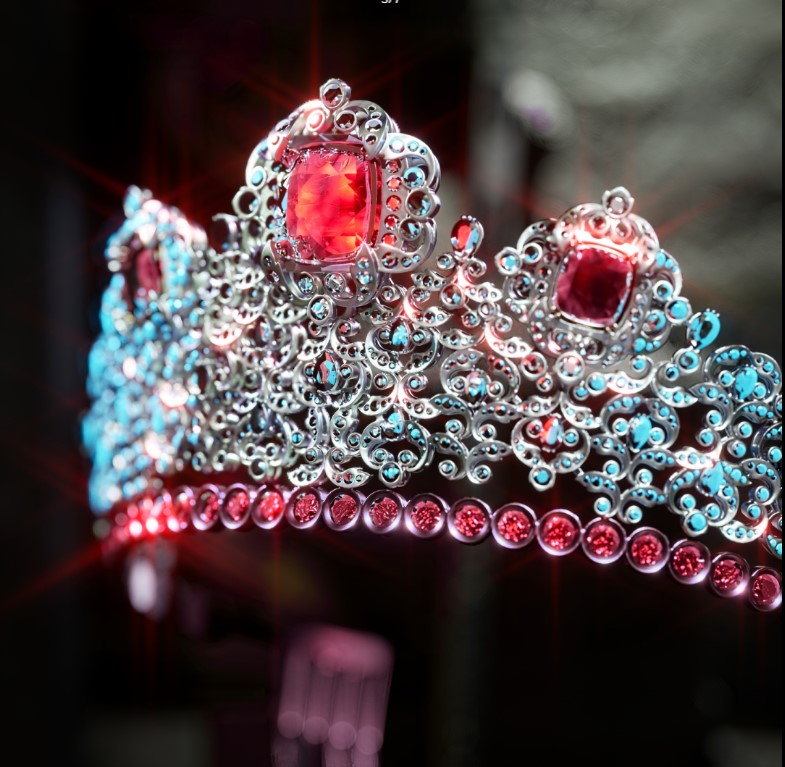 The Impossible Tiara was one of the nine-piece Collezione Genesi (Genesis Collection), designed personally by founders Domenico Dolce and Stefano Gabbana as a part-NFT, part-physical anthology to supplement fashion lovers’ metaverse wardrobes. 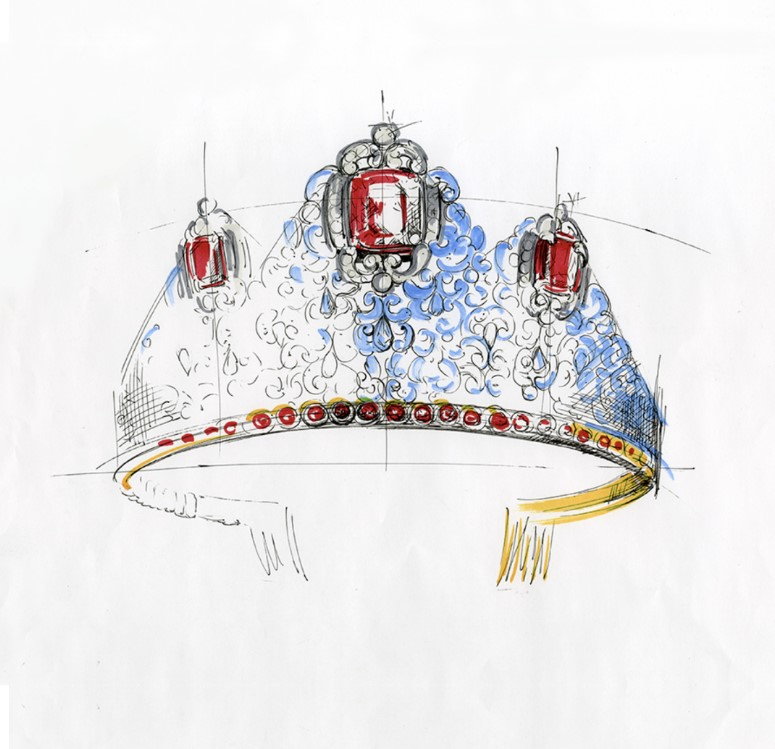 “The Impossible Tiara stems from the idea that the only limitation in digital design is one’s imagination. This was hugely inspiring to the designers, who set out to create a tiara that could only ever exist in their imaginations,” according to the UNXD listing, the digital luxury marketplace that helped conceive the collection idea and auction off all the pieces. “What makes this historic piece ‘impossible’ is that it is simply not possible to find the featured gems anywhere on earth.” 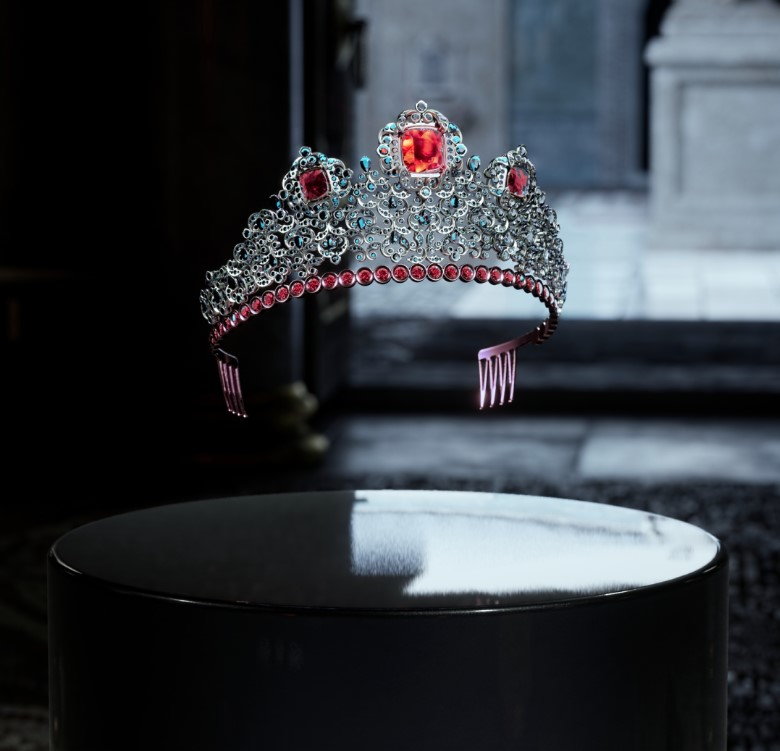 The buyer of this pretty virtual diadem gained a 4K-rendered animation and stills, the original hand-drawn sketch, and a custom recreation in one open metaverse of their choice. Also included were exclusive perks like one-year access to Dolce & Gabbana Alta Moda and other fashion couture events, as well as a private tour of the D&G Milan atelier. 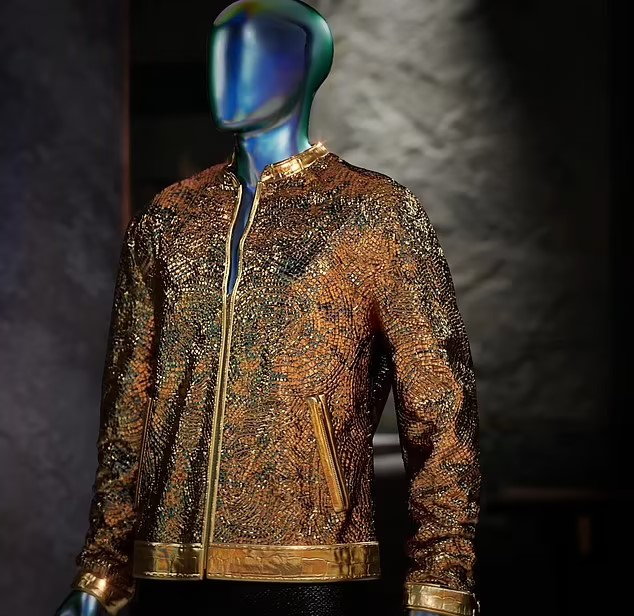 The highest bid was for 99.9 Ethereum (ETH), a cryptocurrency, that translated into over $309,000 US dollars. Secretive purchaser Pranksy (a riff on the name of anonymous artist Banksy) wrote in an email after winning the Impossible Tiara and other items, “I was really excited about D & G entering the NFT space, especially as my wife, Magpie, and her close friend, one of my company directors, Josephine Dwyer-Mann, have a real passion for haute couture. NFTs in fashion have huge potential, especially when linked — as D & G has — to the physical.” 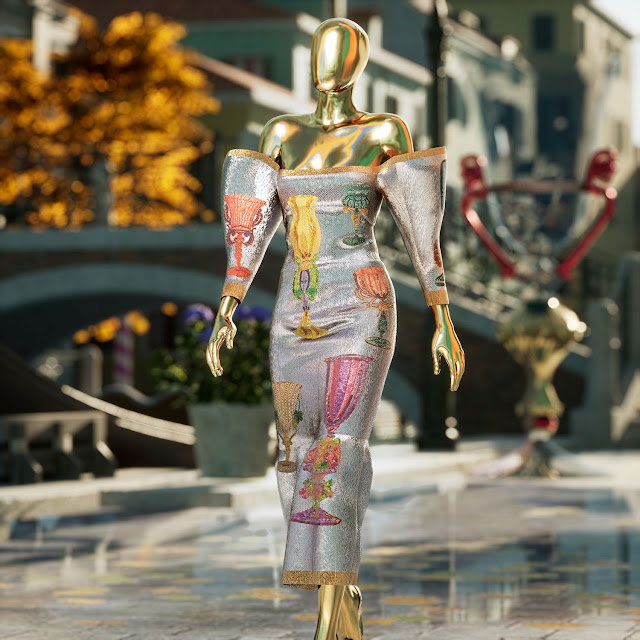 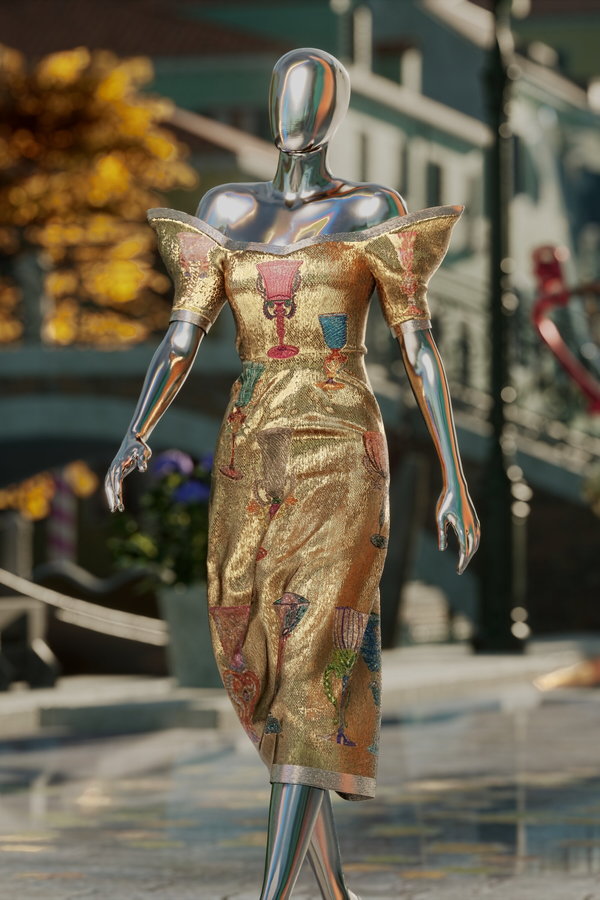 Pranksy also bought three other pieces from the Genesis Collection: a virtual-only Golden Impossible jacket for 99.99 ETH, and the silver and gold versions of The Dress from a Dream, which were rendered in both digital and physical form, for 188.1 ETH and 225.5 ETH, respectively. 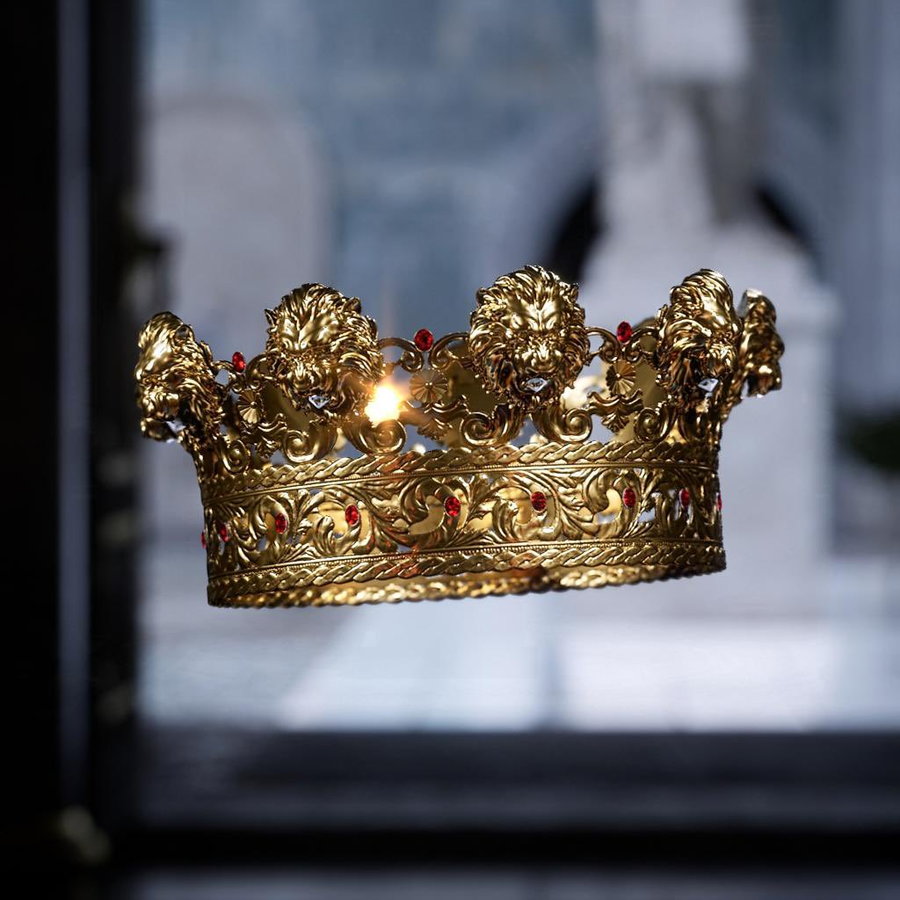 Another buyer, “Seedphrase” (aka Australian investor Danny Maegaard), snagged the collection’s digital and physical Lion Crown for 292.82 ETH, writing in an email that “being the first NFT collection by any major fashion house, [this purchase] made a lot of sense from an investment perspective, as I anticipate these pieces to appreciate in value.” 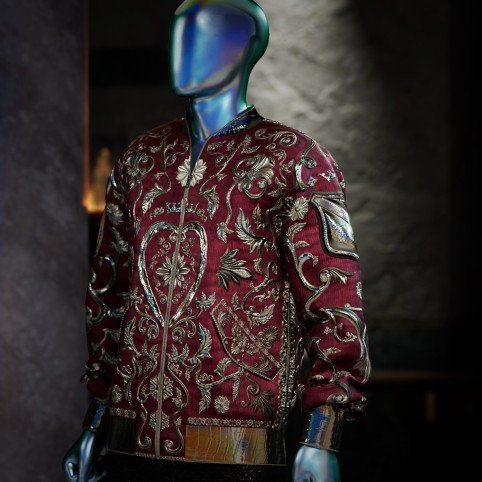 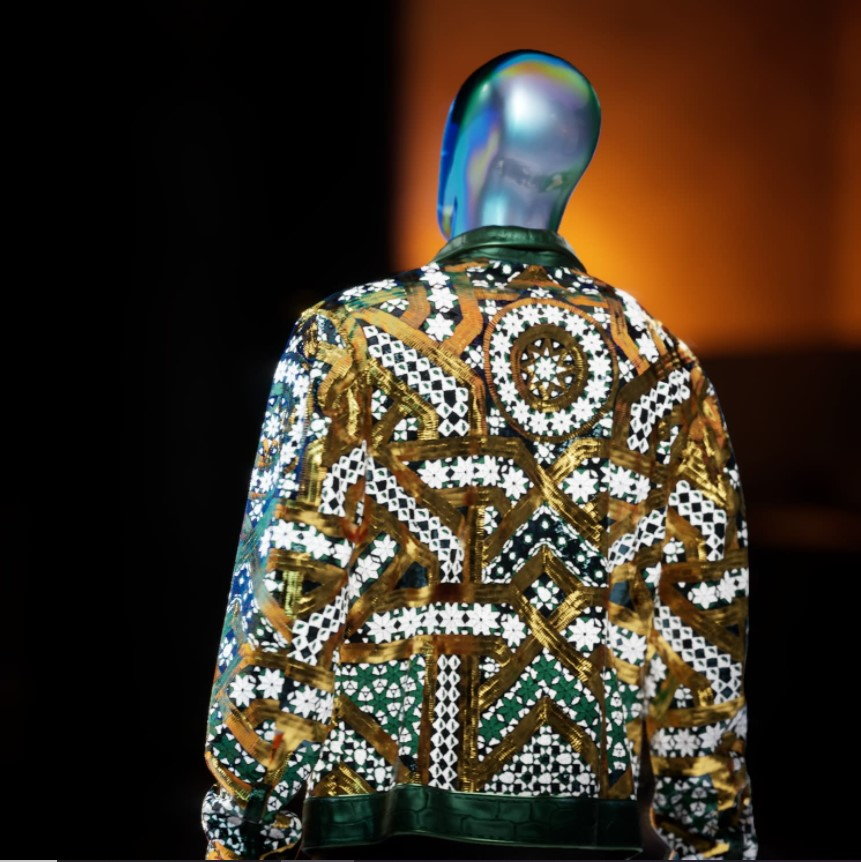 The Genesis items also included a physical and digital iteration of a Glass Suit and two other virtual jackets. The piece that earned the most at auction, however, was the digital and physical Doge Crown, which went for 423.5 ETH, or $1.25 million, to Red DAO, a decentralized autonomous organization whose goal is to invest in digital fashion. 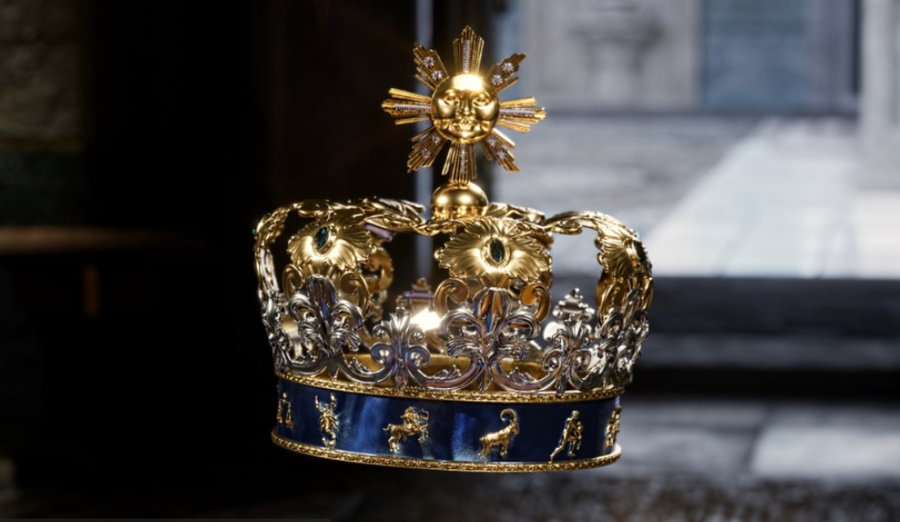 The collection commanded such high prices because of “of provenance; rarity — there were only nine, sold at once; craftsmanship; and utility — people can use them in the metaverse and have physical experiences, too,” explains Sashi Menon, Dubai-based publisher of Vogue Arabia and founder and CEO of UNXD. “The sale resets the market.”