Even though the COVID-19 pandemic has kept most art lovers out of galleries this year, sales of contemporary art have skyrocketed, largely thanks to the rise and popularity of non-fungible tokens, or NFTs.

According to an annual report from market information firm Artprice, contemporary art auctions bounced back in the 2020-2021 fiscal year, hitting an all-time high of $2.7 billion and up a whopping 117 percent from the previous year.

“With the help of strategies offering a large number of works at relatively affordable prices, contemporary creation has withstood this crisis better than any other creative period,” said Artprice CEO Thierry Ehrmann in the report. “Photography and prints have been particularly successful in this new online environment, and in 2021, we have seen the sensational arrival of completely dematerialized artworks, the famous NFTs.” 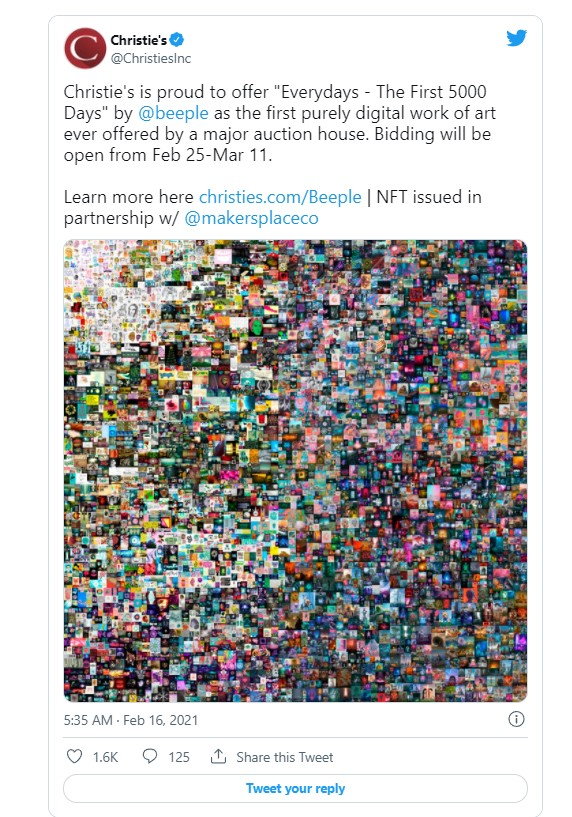 The NFT art craze began in earnest with the March 2021 sale of “Everydays –The First 5000 Days” by digital artist Mike Winkle (aka Beeple). Ending with a $69.3 million bid, the online auction through Christie’s pulled in 22 million buyers and spectators, with the majority of the buyers notably being under age 40. At that price tag, Beeple’s work was the third highest amount ever realized by a living artist. 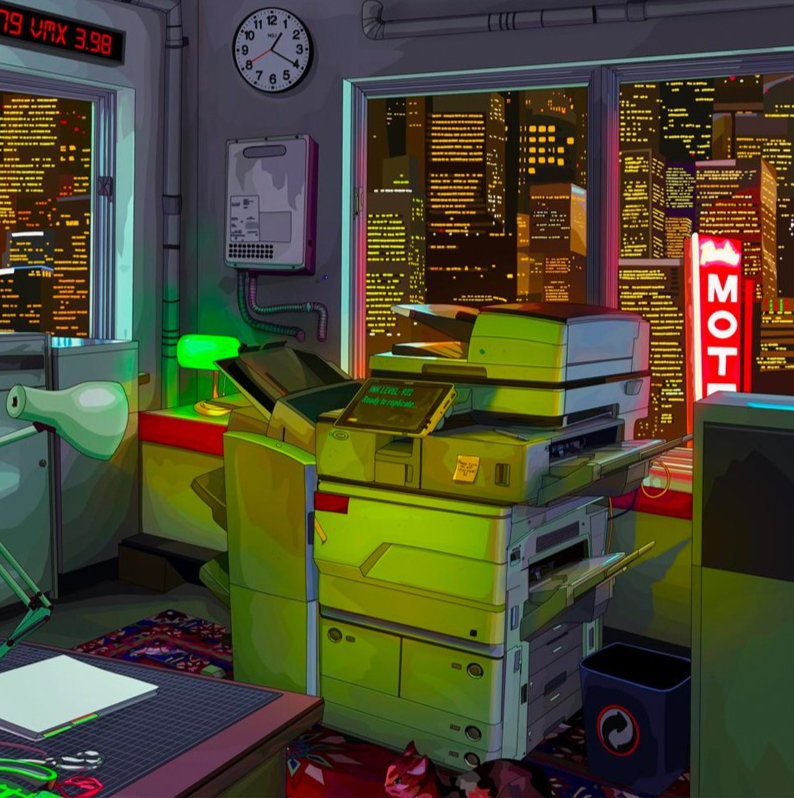 Just a few weeks after that, Canadian artist Mad Dog Jones offered up his “Replicator” NFT, a digital rendering of a photocopy machine that can spawn a new discrete version of itself every 28 days, becoming the first multi-generational NFT to be sold at auction. After starting with a $100 bid, Jones ended up with $4.14 million, a new record for a living Canadian artist. 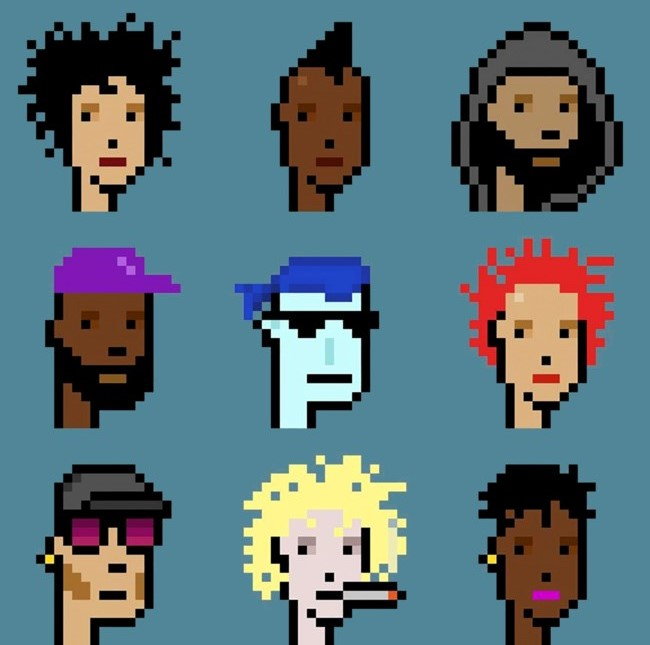 In May of 2021, Larva Labs put up for sale a lot of nine of their “Cryptopunks,” pixelated cartoon-like heads used for avatars and Twitter profile pictures. They fetched a stunning $16.9 million – $10 million over the pre-auction estimate. 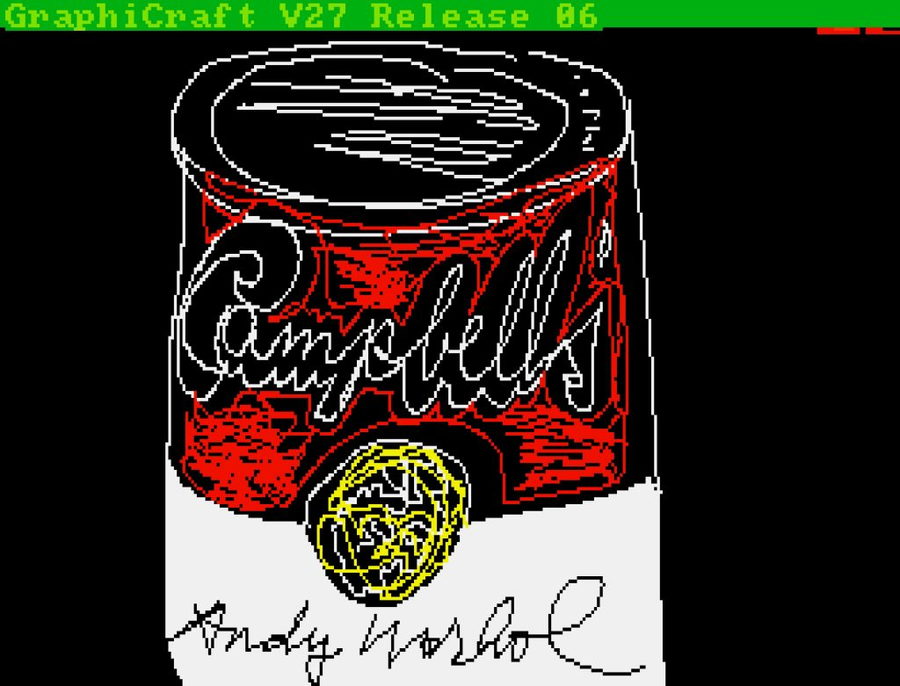 At the end of May, the Warhol Foundation sold the first tokenized version of Andy Warhol’s Campbell’s Soup Can for $1.17 million. And on June 10th, the first smart NFT was sold on Sotheby’s for almost $480,000. Robert Alice’s “To the Young Artists of Cyberspace” is an AI-powered talking head that can converse with the buyer, always learning from the interactions to make her answers more applicable. The same day, the first NFT ever created, “Quantum” by Kevin McCoy, was also posted on Sotheby’s, raising a final $1.47 million.

As groundbreaking and profitable as NFTs as art have been, Artprice’s report found that another big change to the contemporary market this year was the “tremendous” increase in Asian interest. 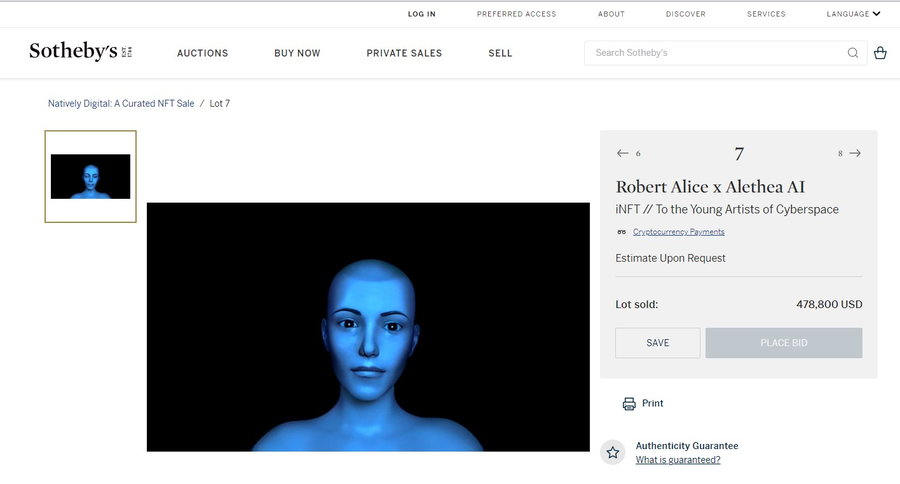 “This year, Hong Kong has effectively established itself as the world’s second city for contemporary art after New York,” wrote Thierry. “The eye-watering results…have been remarkable, not only for Western artists as highly regarded as Jean-Michel Basquiat and Richard Prince, but also for ultra-contemporary creations. In effect, Hong Kong is now playing an accelerator role for the most prominent young Western artists, and it is establishing itself as New York’s primary competitor for the promotion and sale of contemporary and ultra-contemporary art.”

The report noted that Chinese purchases accounted for 40 percent of all auction sales while the United States’ share slipped to 32 percent. Great Britain was a distant third at 16 percent. 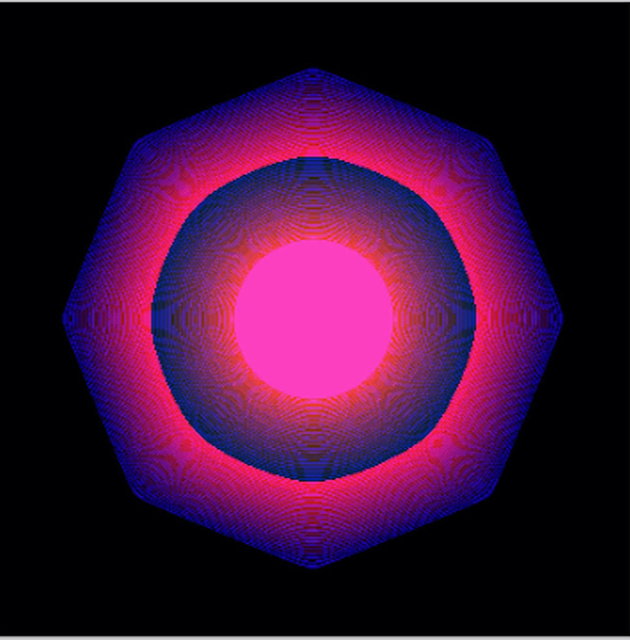 Thierry also remarked that this past year has seen “buying and selling habits transformed, the very notion of ‘collecting’ being fundamentally shaken by NFTs, and art history itself somewhat fitfully evolving towards greater inclusion and diversity.”