Elon Musk is notorious for his “go big and bold or don’t go at all” philosophy, so when he introduced his post-apocalyptic Cybertruck a while back, fans were excited but not really surprised. It looks like a modern art exhibit and publicly failed the unbreakable glass test, but naturally Musk remained undaunted. 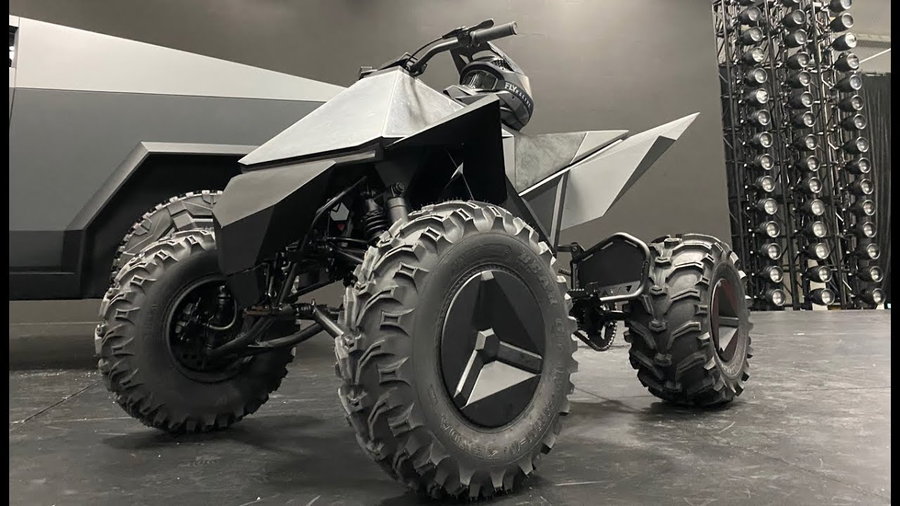 Even better, he unveiled a playful add-on for the Cybertruck during the glass test demonstration: an ATV called the Cyberquad.

The ATV introduction was definitely surprising and fun, but only one aspect of the toy was actually revealed: the fact that it costs extra. Also implied was that the Cyberquad was not going to be available on its own. In other words, you have to buy a Cybertruck to get the option to purchase the Cyberquad ATV. Predictably, Musk vaguely hinted that “someday” the ATV may be available to purchase separately. 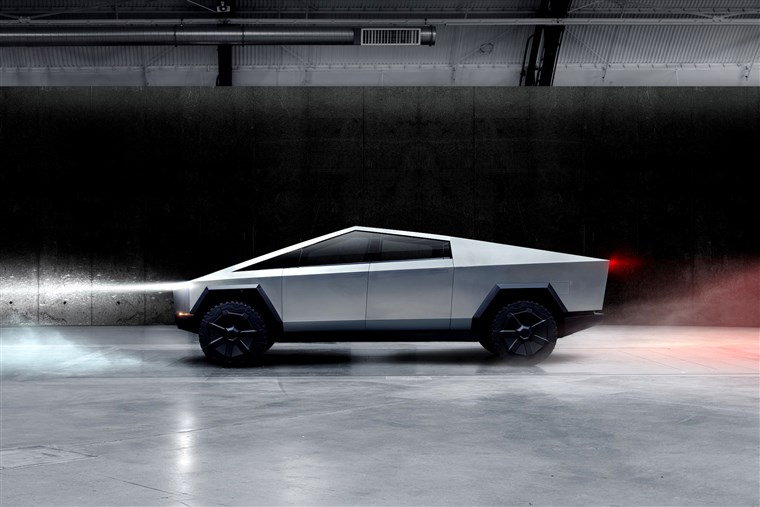 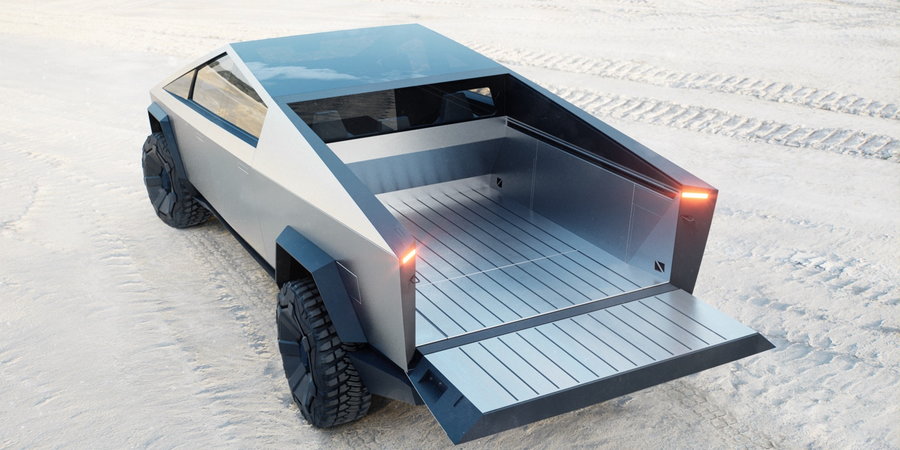 As a Tesla employee drove the Cyberquad onto the bed of the Cybertruck, you could almost see question marks appear above the spectators’ heads. They wanted to know how much it would cost, its capabilities and specs, whether or not it would be available at the same time the Cybertruck shipped, and so much more.

Alas, all the information Tesla offered was that the ATV could accommodate up to two passengers at a time and be charged from the bed of the Cybertruck, though not wirelessly. To date, there is no Cyberquad information available on the Tesla website.

What We Do Know 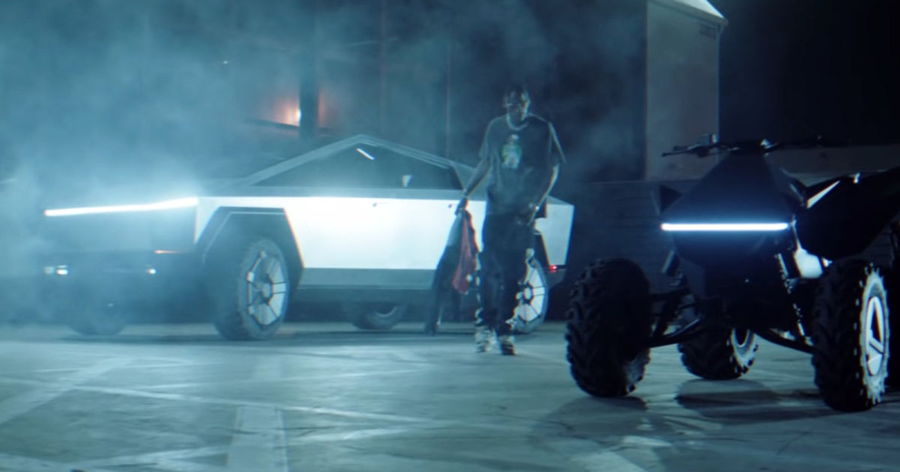 The roll-down cover and built-in ramp in the Cybertruck’s tailgate seem to have been designed specifically with the Cyberquad in mind. Of course, that feature could simply be for convenience and security, akin to a covered bed and ramp on a conventional pickup truck. But unlike standard pickup trucks, the body and cab of the Cybertruck are one continuous form. No word on whether the Cyberquad will have a similar design.

The Cyberquad moniker has already been trademarked by Tesla for their ATVs. After the public presentation, Musk tweeted that the ATV would definitely be available for purchase at the same time as the truck, though of course that date it still unknown. Production of the truck is allegedly scheduled to begin in the latter part of 2021, but it’s unclear whether the Cyberquad will be concurrently produced.

Honda’s line of ATVs with comparable appearance and internal combustion power run from $5,000 to $10,000, although Tesla has never been concerned with competitive pricing. 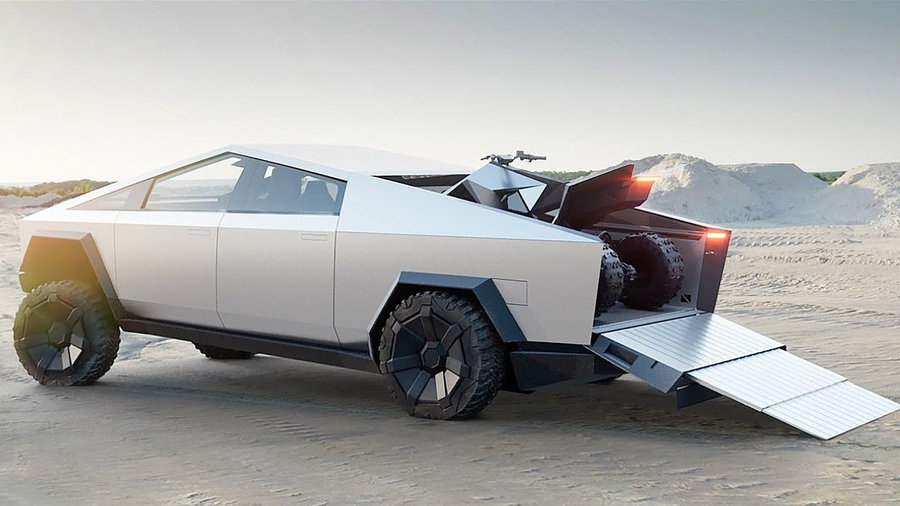 On December 28th, Cybertruck made its entertainment industry debut in a video for a newly-released Travis Scott piece. Although the truck is parked in the film, the video also features Scott riding a prototype Cyberquad ATV in assorted scenes. It’s not much, but that might be all you get on the Cyber duo for the next year or so.