As challenging as sloped building sites may be for architects, they’re also an opportunity to unleash some serious creativity. Homes with varying levels, some built into the earth, can unfold in a way that feels exciting, with each room offering its own unique experience. But often architects have to choose from two radically different approaches: invasive building methods that totally disturb the landscape, or highly engineered solutions aiming for the lightest possible touch on the setting while maintaining structural integrity. 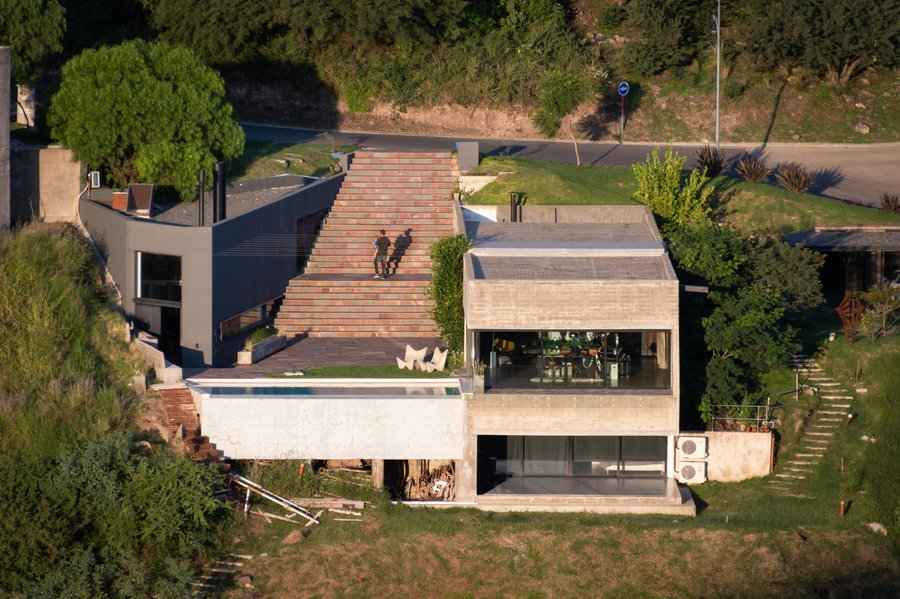 For “A House Hidden in the Landscape,” architecture firm FRB Arquitectos took the seldom-trod middle path. Since the house’s hillside location isn’t too dramatically steep, its design was able to follow the natural topography with minimal intervention. A succession of inverted overhangs creates a multi-tiered space with plenty of room for outdoor recreation and enjoyment of the views overlooking Córdoba, Argentina.

The home starts at street level with a wide staircase set into a lawn, both of which technically form part of the roof. The staircase becomes almost like an amphitheater from which to take in the surrounding Sierras Chicas hills, dividing the social parts of the home from the private ones. Almost none of the actual house can be seen from the street. In fact, passersby could be forgiven for thinking it was part of a public park. 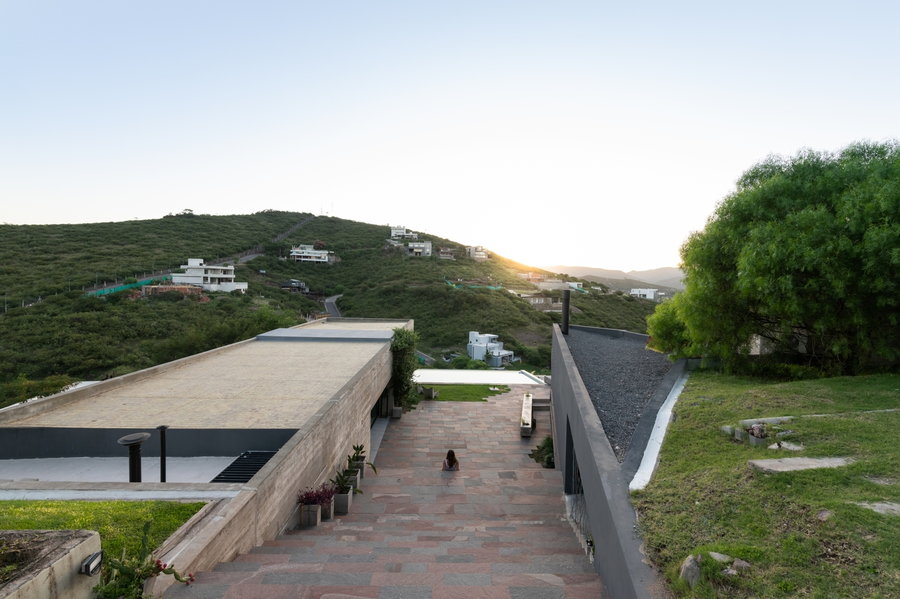 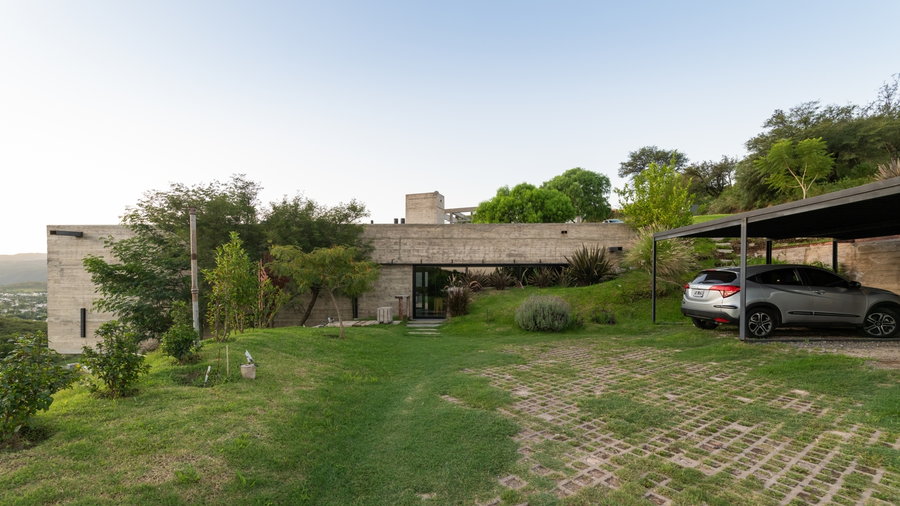 The architects explain that the house’s “walls emerge from the ground joined to the soil, with the roof being the protagonist. An exterior staircase acts as the main entrance and descends to a central courtyard that organizes the arrival to the interior. The pool, overlooking the horizon, is at the end of the access axis. The main volume is projected in the perpendicular direction, housing a fundamental part of the program including both housing and working spaces.”

“Another volume that functions as a study and barbecue area is located on the opposite side of the lot. Both volumes protect the courtyard from the wind, creating a particular microclimate while incorporating the exterior space into family life. The windows of the facade, with the possibility of being completely opened, allow a connection between the interior and the exterior through the courtyard, generating the concept of a gallery-house. A vehicular-level entry, comfortable enough in relation to the slope, blocks the south facade from the most intense rains.” 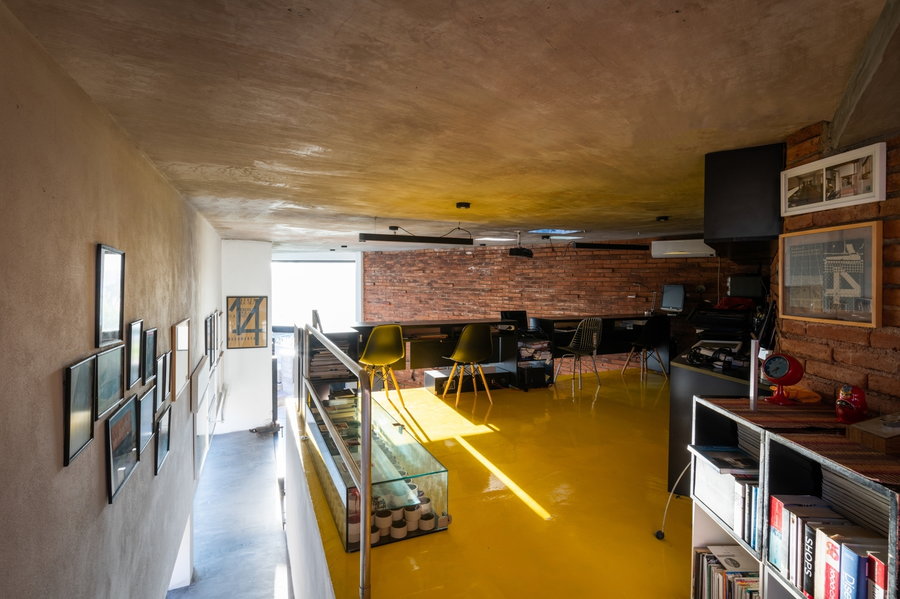 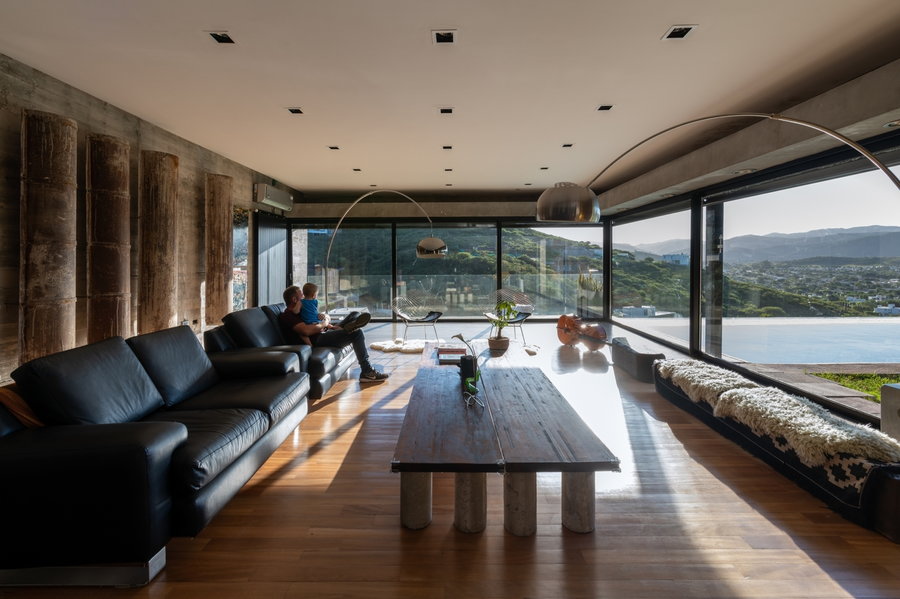 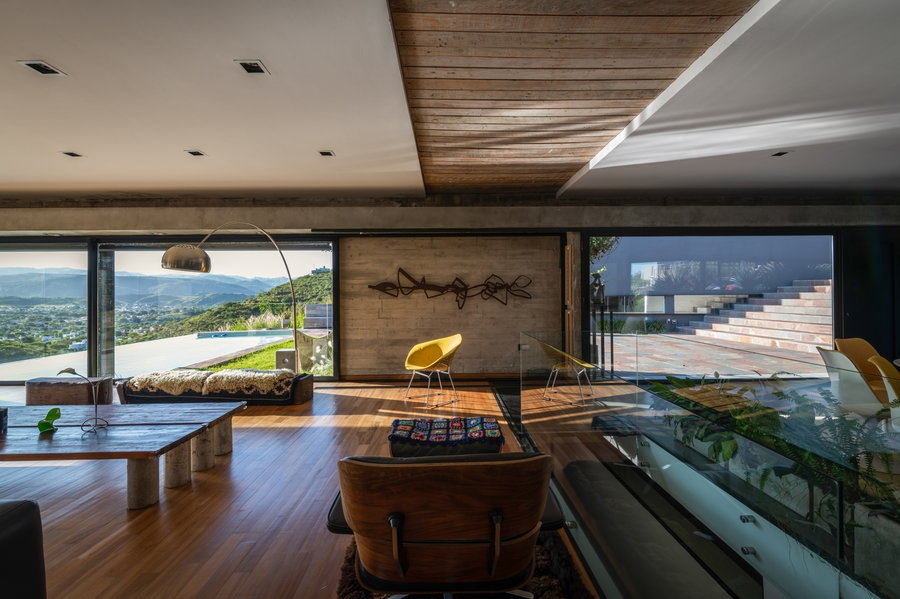 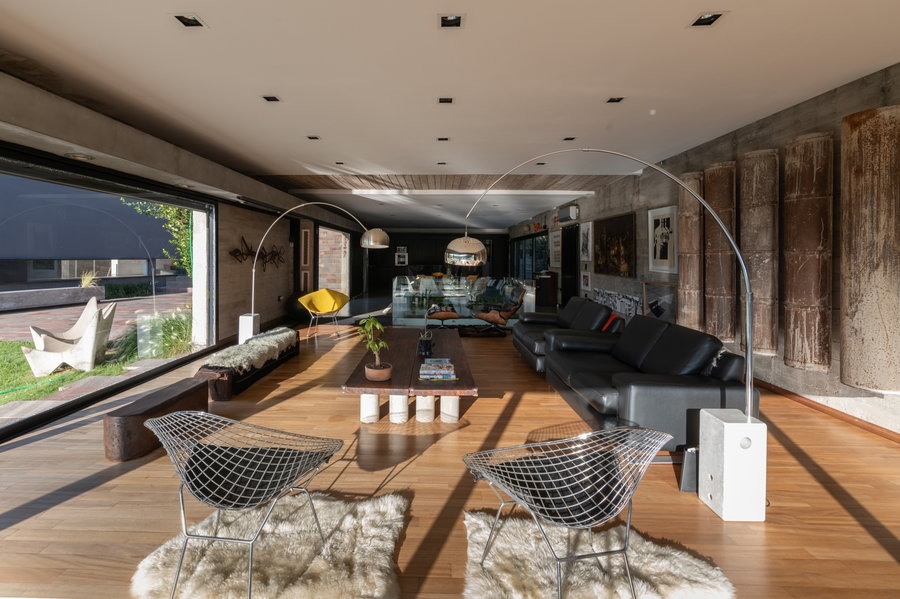 There’s a curious division in aesthetics between the two main volumes of the home, with one consisting of a lighter textured concrete facade and the other smoother, darker, and more rounded. This plays into the separation between work and play, social life and private life. It also picks up various shades and materials in the landscape itself, from the bright cloud-white of the pool to the sand, clay, and rock of the facade and stairs. 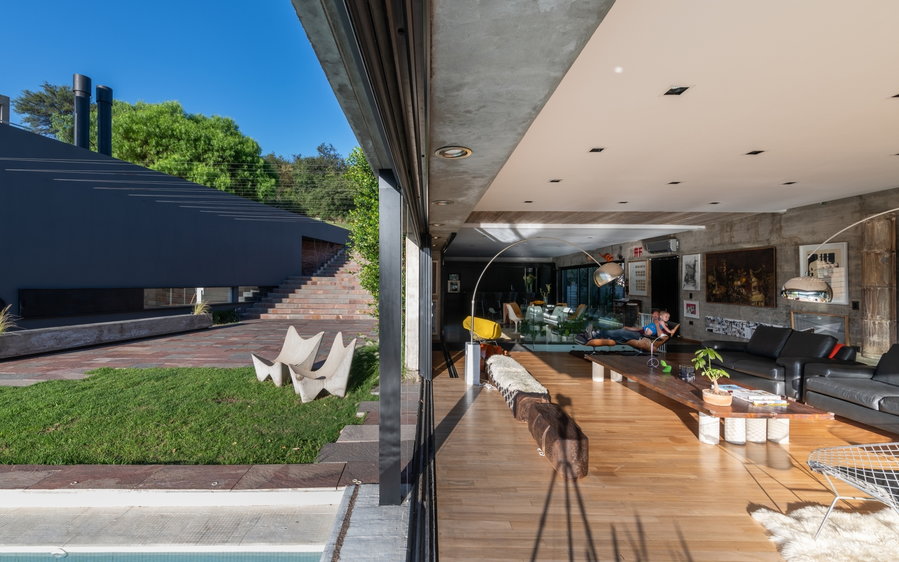 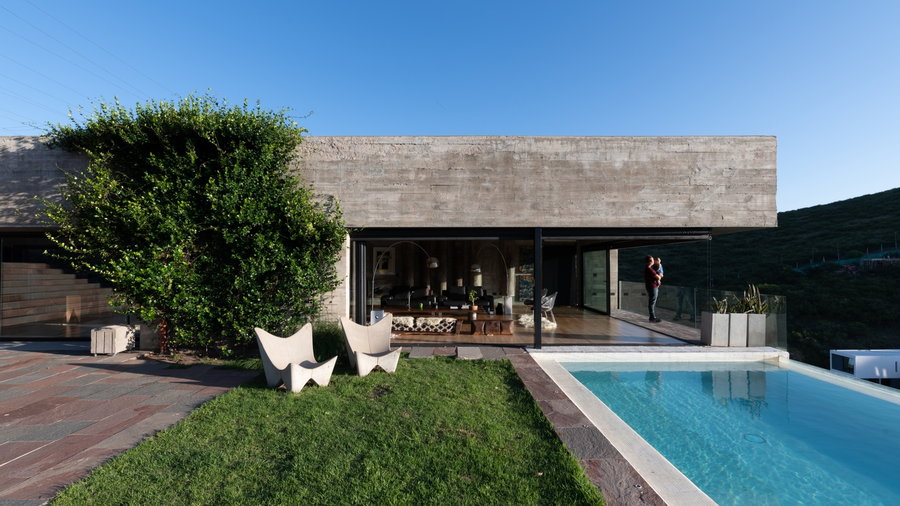 The most intriguing element of the home might just be its least flashy. Tucked around a corner, steps set into the grassy hill cascade down from a side door hidden among the trees, adding to the sense that the home’s interiors are teeming with things to be discovered. Whereas the living spaces are positioned for the best possible views of the surrounding hills, the stairway elements anchor the home in its own hillside setting.