Climbing a maze of virtually endless staircases only to arrive at nothing in particular may not sound like something most people want to do in their free time, but when a new structure called “Vessel (TKA)” opened in New York City on March 15th, over 1,000 people waited at its base to do exactly that. Designed by Thomas Heatherwick, the copper-colored Vessel looks sort of like a cross between a cone of meat roasting on a stick and a beehive, looming 150 feet into the air above the new $25 billion complex known as Hudson Yards. 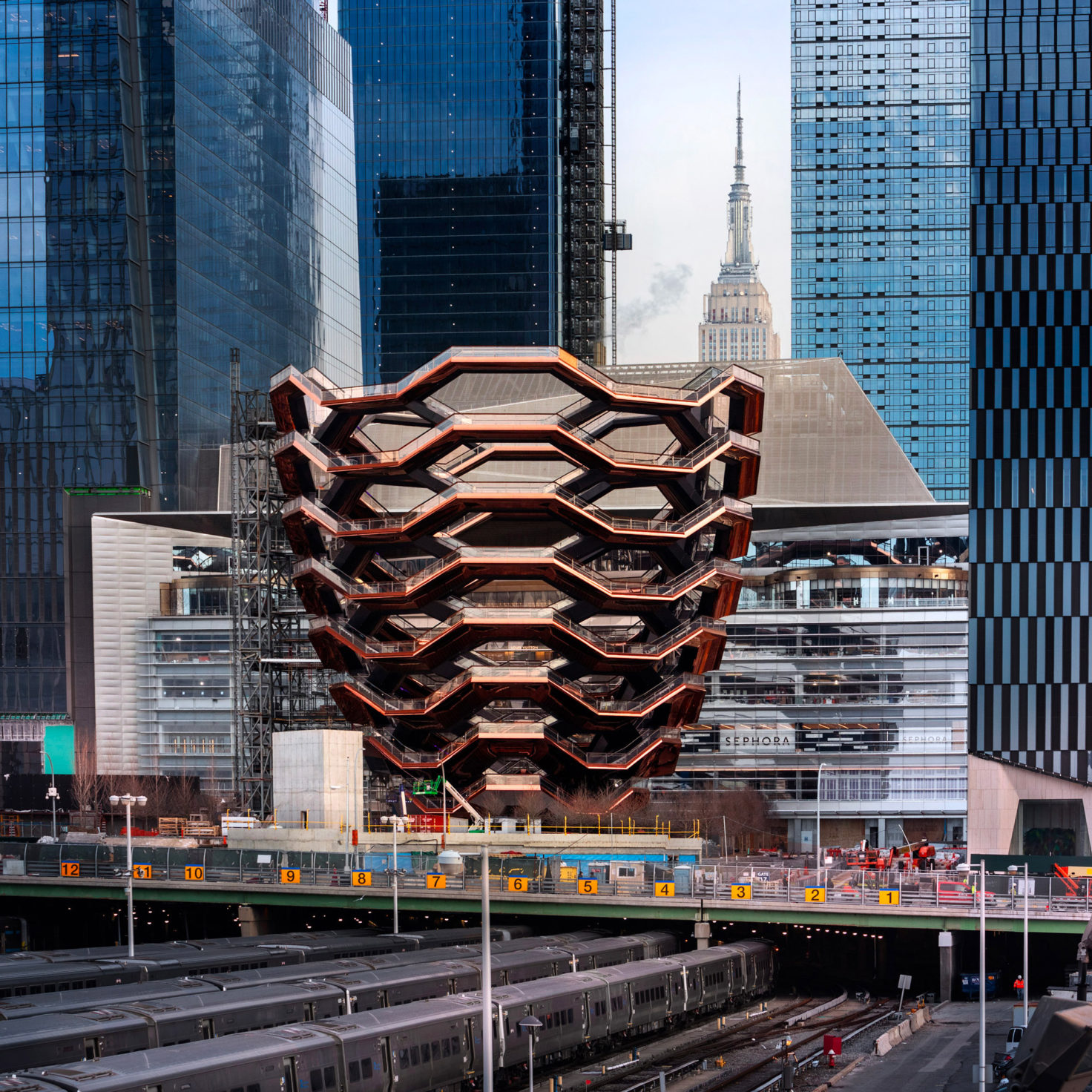 Continue reading below
Our Featured Videos
As Heatherwick sees it, Vessel is neither a building nor a sculpture. Rather, he sees it as a massive piece of urban furniture inviting the city to climb, and he hopes it will become as much of a landmark for Manhattan as the Spanish Stairs are to Rome. Consisting of 154 staircases, over 2,000 individual steps, and 80 landings, it’s meandering path spans over a mile in length when spread out from end to end. From each landing, visitors can gaze out at the inscrutable facades of office towers and apartment blocks with price tags ranging between $4 and $32 million, as well as the Hudson River beyond. If they turn to look inward, they’ll get a rather dizzying view of the structure itself. 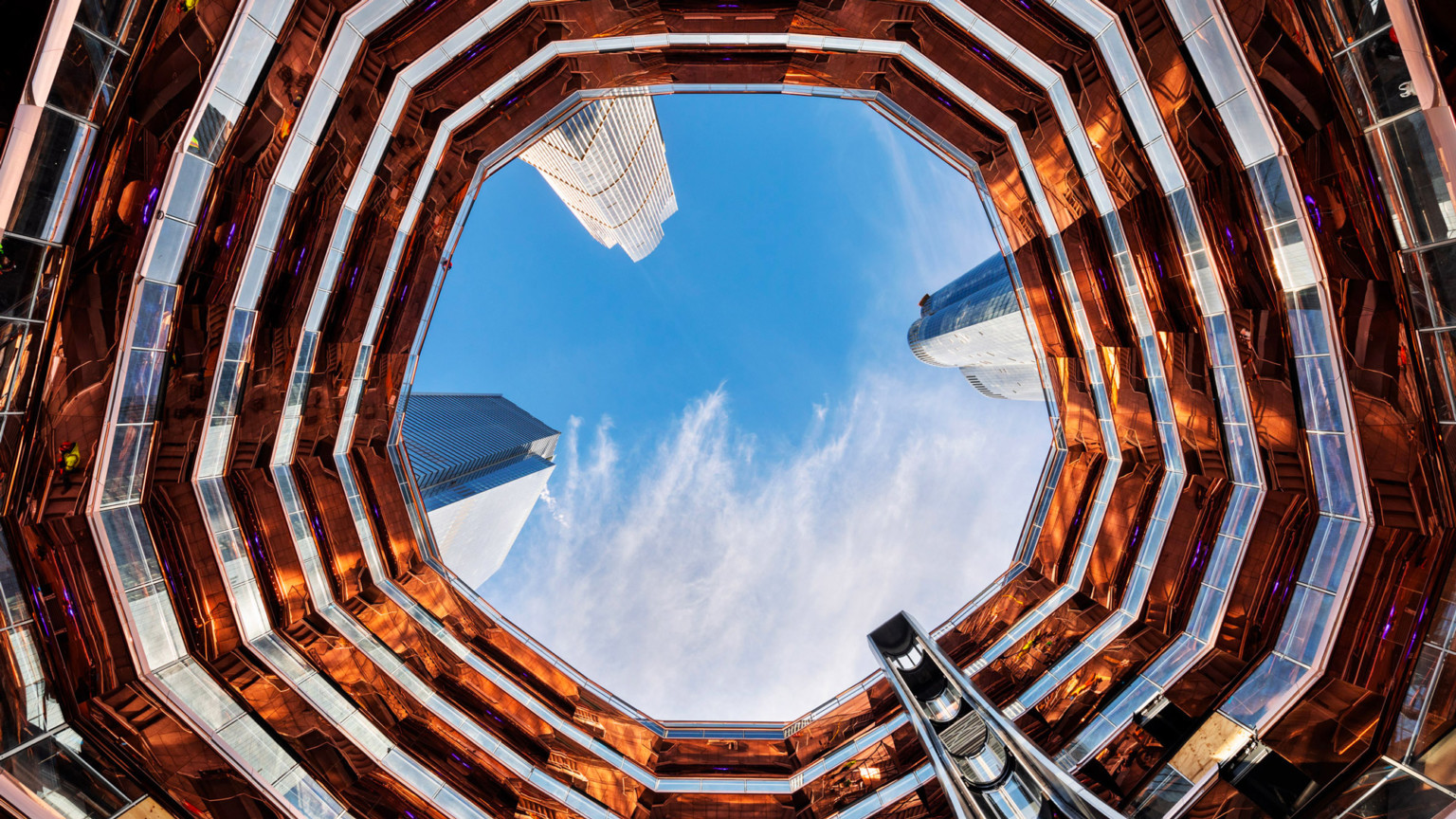 “To create something meaningful, the studio wanted to create a structure that visitors could use, touch, and relate to,” reads Heatherwick’s description of the project. “Drawing inspiration from the ancient step wells of India, the studio sought to evoke the powerful effect of their repeating steps, flights, and landings that reach down to the earth… polished copper undersides contrast with the raw painted steel surfaces of the complex architectural framework, enlivening the structure with reflections of the surrounding city. Forming the heart of this large new district, Vessel represents the intention for Hudson Yards to create a meaningful public legacy for New York.”

It should be noted that “Vessel” is only a temporary name. Heatherwick says the structure’s final name will be determined by the public as they continue to experience it. Thus far, suggestions have been less than flattering: among those listed on the NYC subreddit are “Shawarma,” “The Abdomen,” “Staircase McStaircaseface,” “UnitedHealth Group Vessel Brought to You by Papa John’s Dot Com Bowl” and “Chalice of the Privileged.” Even professional editorials have called it everything from an “alien tribunal” to “a billionaire’s fantasy city.” 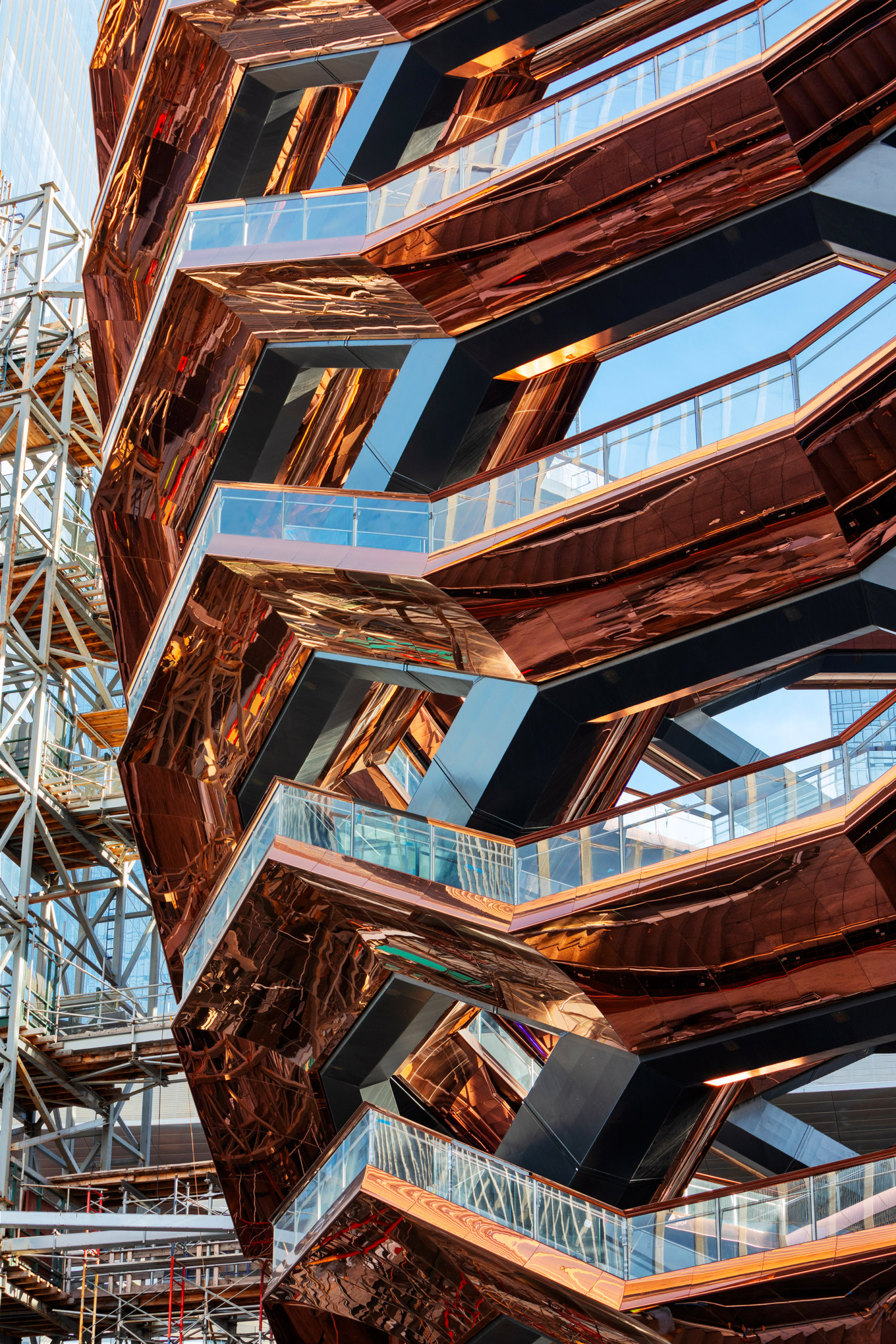 Much of the criticism surrounding the structure stems from Hudson Yards’ apparent inaccessibility to everyday New Yorkers, and the fact that it was built using $4.5 billion in taxpayer money. The complex is built above a 28-acre rail yard on the city’s “Far West Side,” which formerly represented the largest swath of undeveloped property in Manhattan, and is only half complete at this point. 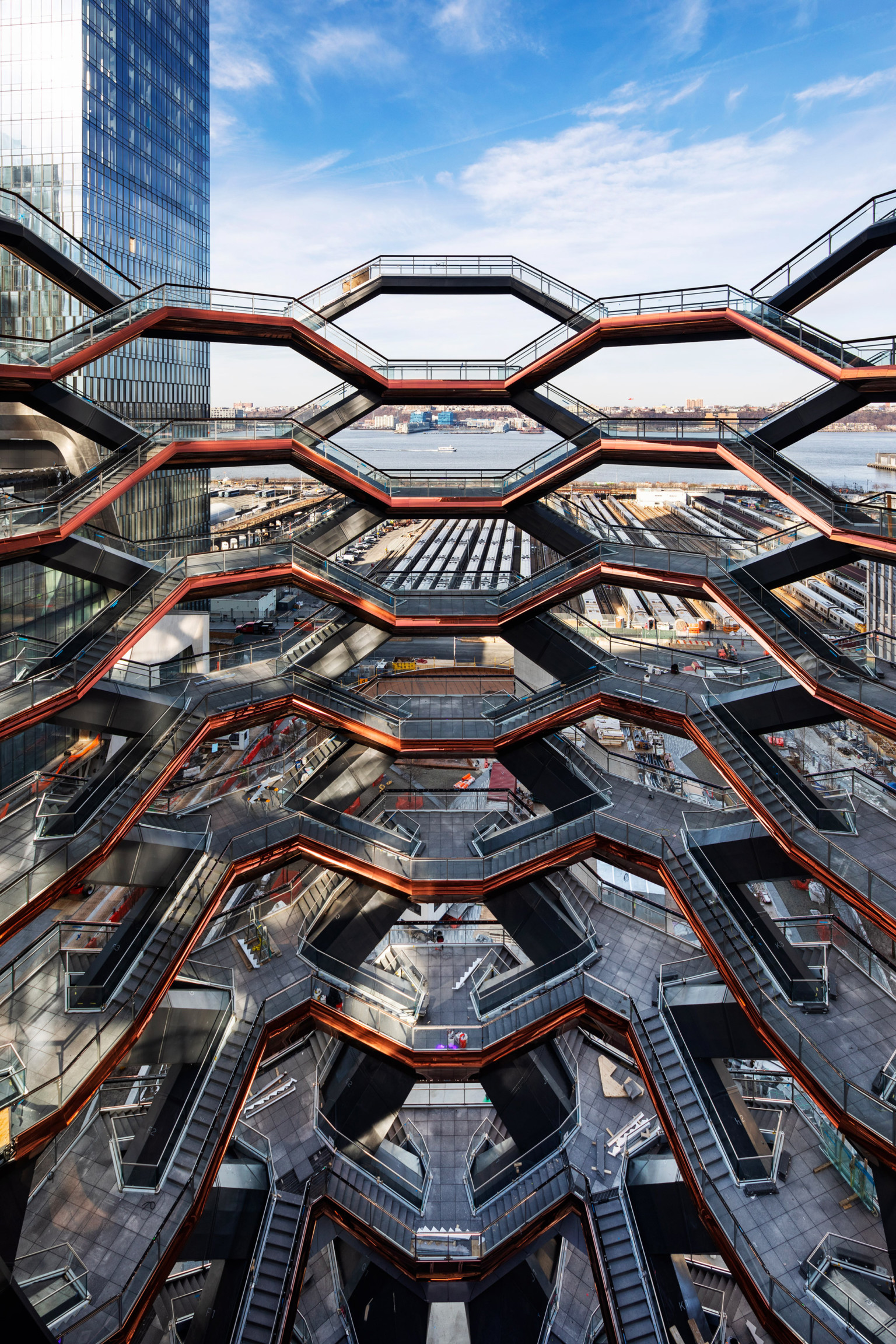 Controversy aside, the public is clearly clamoring to take part in the experience of climbing Vessel, even if all they get from it is an elevated heart rate and a red face. It shouldn’t be too hard to do, either, considering 700 people can be on it at one time and climbing is totally free. Still, visitors are encouraged to snag reservations online at least 14 days in advance, as all upcoming reservations are currently sold out. Hundreds of people lined up to get inside on opening day, and social media platforms like Twitter and Instagram have been flooded with the resulting selfies ever since.