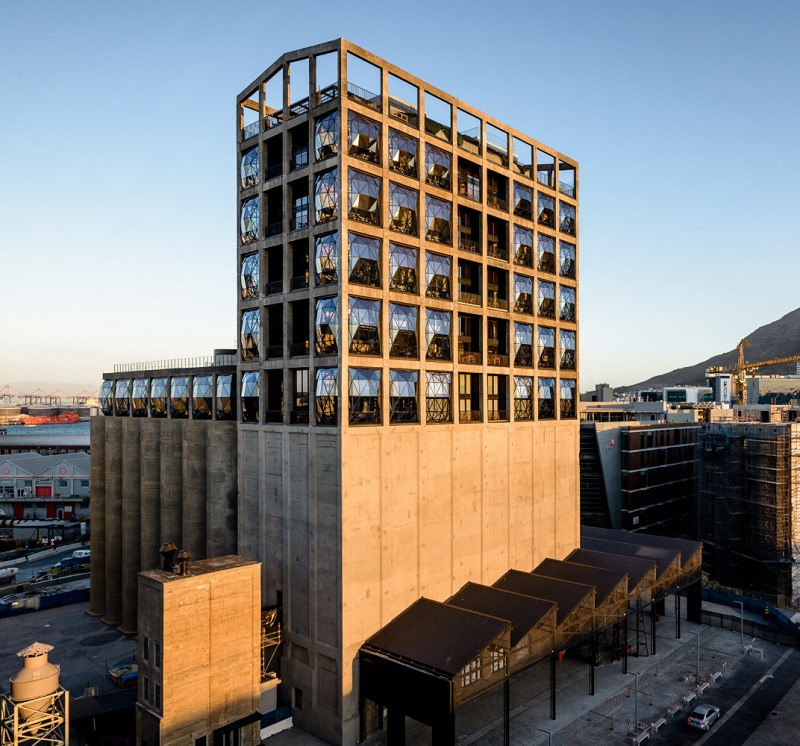 A unique new hotel called The Silo has recently opened in Cape Town. Conceived of by visionary designer Thomas Heatherwick and his team at Heatherwick Studio, this luxury hotel used to be a historic grain silo on Cape Town’s V&A Waterfront. The silo, which was built in 1924 and spent the better part of the century as a key player in the Table Bay harbor trade system, was earmarked for redevelopment in 2013 when Heatherwick was commissioned to reimagine the industrial building as “a not for profit cultural institution housing the most significant collection of contemporary art from Africa and its diaspora.” While the hotel itself is spectacular, it is only the first part of the larger Zeitz MOCAA development that will soon be open to the public. 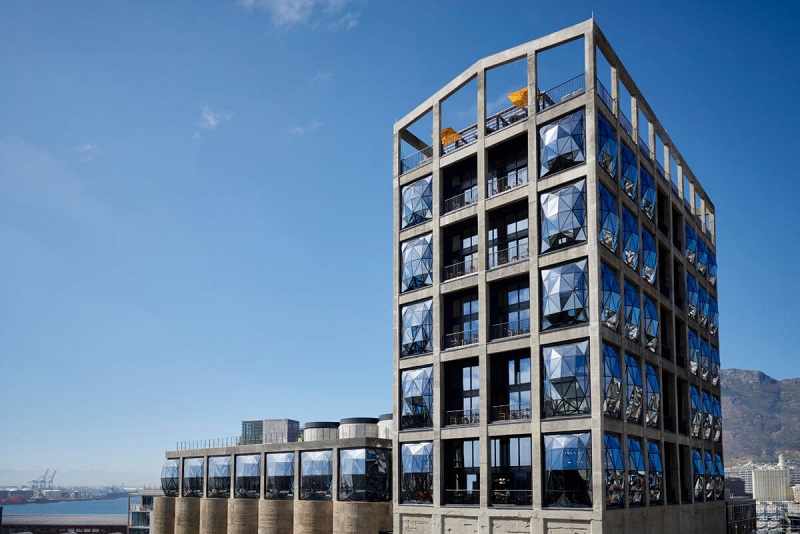 The building contains 42 densely packed cylindrical silos that have been hollowed out to house the hotel and art museum. Heatherwick Studio had to work around the building’s industrial features — and the fact that the structure was never intended to be habitable — so they decided to convert the silos into a cathedral-like atrium to allow some light into the cavernous space while preserving some of its former glory. 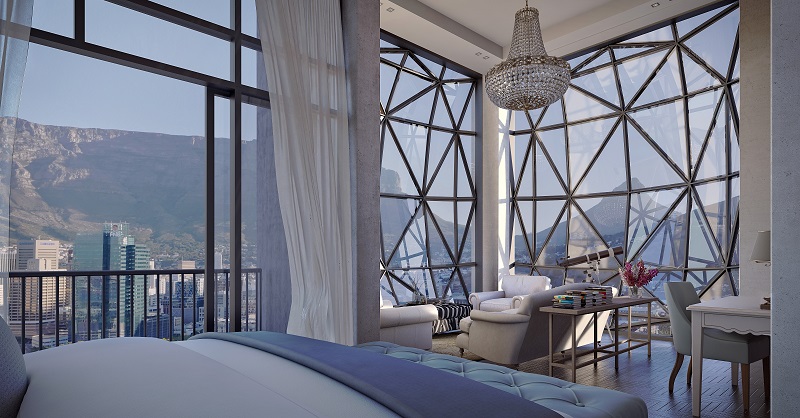 The hotel sits above the soon-to-be contemporary art museum and is largely visible from the outside. A series of bulging windows has been set into the existing lengths of silos that span the building’s facade. Old floors and bays are marked by the structure’s original concrete divisions, whose harsh, solid look is offset by the windows’ modern geometric patterns. The building’s newfound translucency not only gives the Silo an iconic and inviting aesthetic, but will also allow it to shine as a beacon of light throughout the Cape Town harbor. In total, the hotel has been equipped with a comfortable 28 guest rooms. 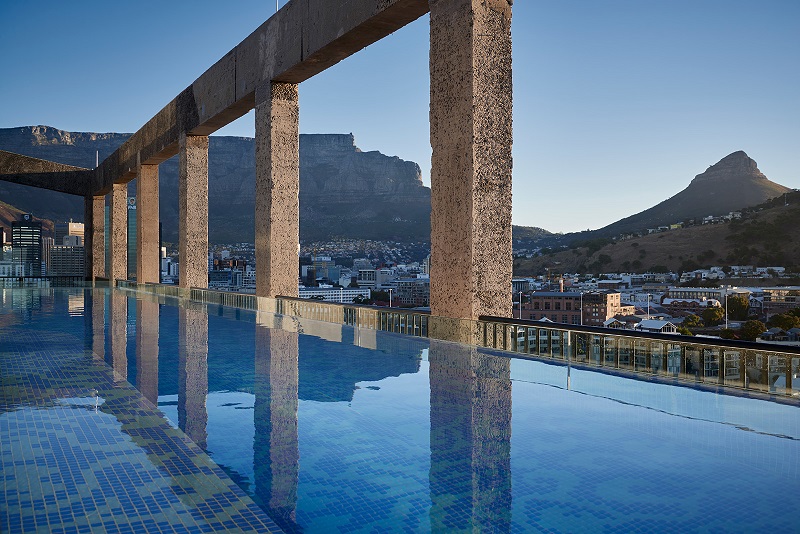 Operated by hotel group The Royal Portfolio, The Silo occupies the grain elevator portion of the complex and is spread out over six floors that overlook the bay, the city, and the surrounding hills. Each room was personally designed by The Royal Portfolio founder, famed South African interior designer and Cape Town native Liz Biden, whose discerning touch is visible in every aspect of the decor, from the choice of fabrics down to the light fittings. She explains: “My goal has always been to pay tribute to luxury and [provide] comfort for our guests. This has meant balancing the stark and industrial style of the architecture with aspects of classic glamor and modern comfort.” 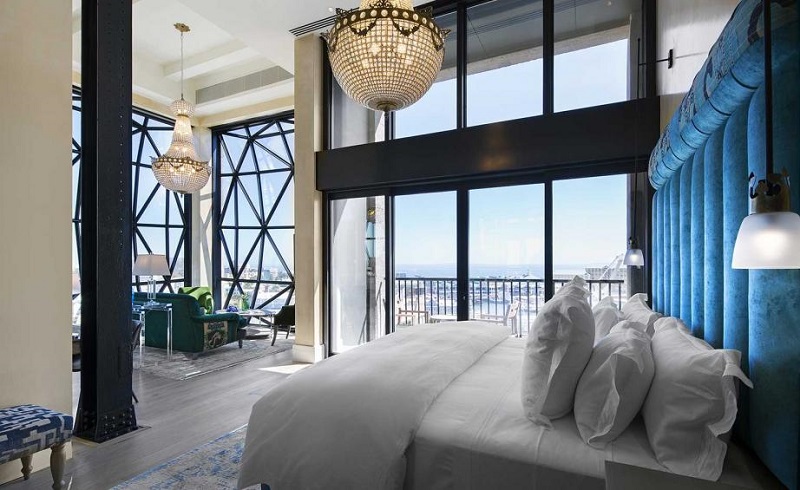 One of the main concepts leading the interior design was an emphasis on the contrast between old and new, or the highlighting of the building’s original purpose while simultaneously pointing towards its contemporary character. Biden has crafted a luxury experience within The Silo that is quintessentially South African, and Heatherwick has ensured that the entire complex will become synonymous with Cape Town’s skyline in the near future. It shouldn’t take very long at all for the building to become an icon considering the fact that the V&A Waterfront is one of South Africa’s most frequented tourist destinations and attracts over 24 million visitors a year.