A new hotel in China is making waves in the international hospitality industry for its stunning design and beautiful setting. Recently awarded the number-two spot on Condé Nast Traveler China’s “The New Aesthetic — Hot List 2017,” the Alila Yangshuo Hotel in southern China’s Guangxi region is housed in a former sugar mill, which itself resides in a dramatic valley surrounded by sharp karst rock formations. The mill, built in the 1960s in a characteristically industrial style using brick and structural steel, has been given a new lease on life thanks to the addition of hotel spaces and the renovation/reappropriation of its existing structures to create an experience unlike any other. 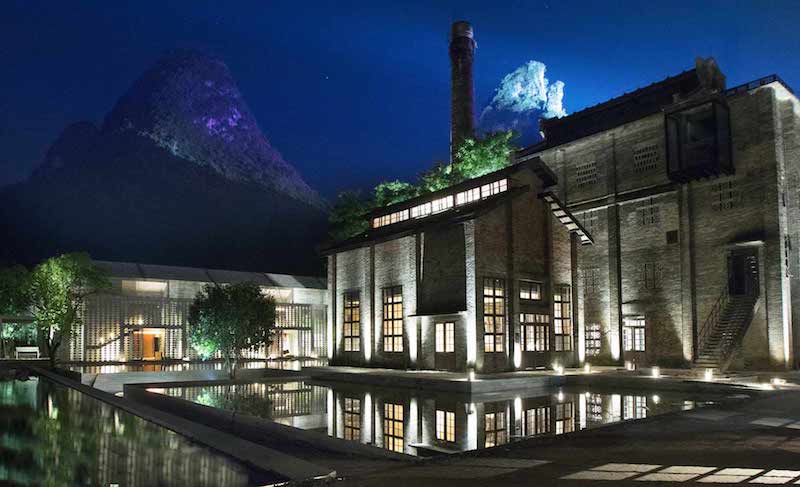 The complex was designed by Vector Architects in collaboration with interior designer Ju Bin from Horizontal Space Design, consisting of two existing elements — the mill buildings and an industrial steel truss — and a number of new buildings that have been conceived of in a manner that clearly sets them apart from their surroundings. Rather than trying to emulate the existing architecture, the architects decided to create additions that were complementary to it yet distinct in the way of their material palette. The building materials used have similar textures and treatments to those of the bricks used in the original mill buildings, but they are clearly contemporary in nature and serve to add another layer to the site’s already rich history. 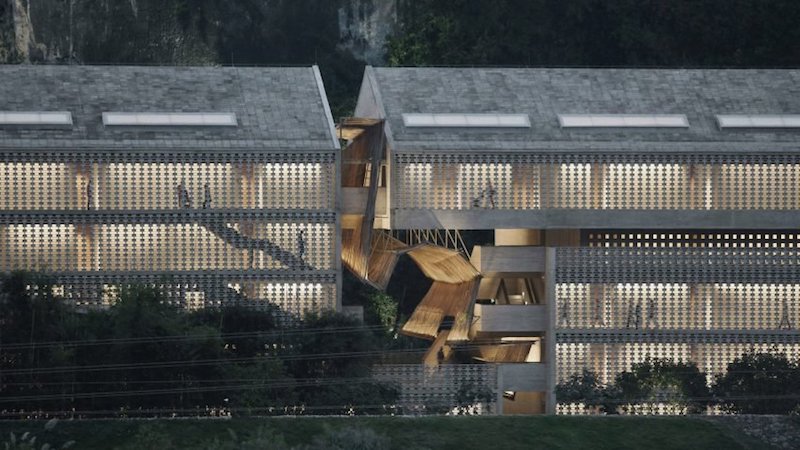 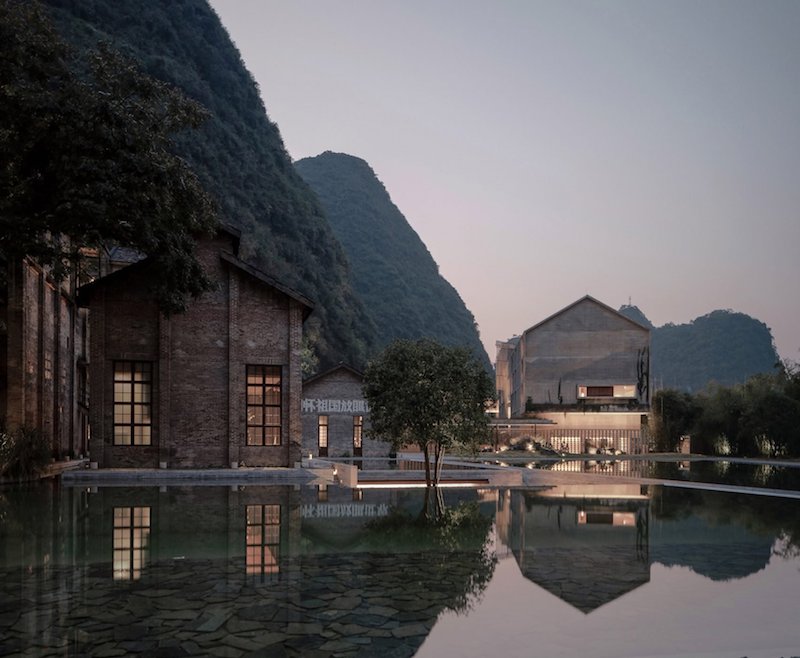 The form and massing of the new buildings are similar to those of the existing ones, making heavy use of deep-pitched roofs and almost solid gable walls. However, the new additions mainly house guest rooms, and as such, their walls have been built from a perforated curtain of concrete blocks, allowing light in and out and giving them all a luminous look when they’re lit up at night.

Weaving in and around the mill buildings and guest accommodations is a network of gardens, which visitors can wander through and use to view the hotel complex (and its stunning backdrop) from a number of different perspectives. This external circulation system is mirrored by an internal one, which itself is made up of corridors and leads guests through a series of surprising spaces that the architects refer to as “caves.” These areas afford visitors impressive framed views of the surrounding mountains and help form a connection between them and the entire landscape. 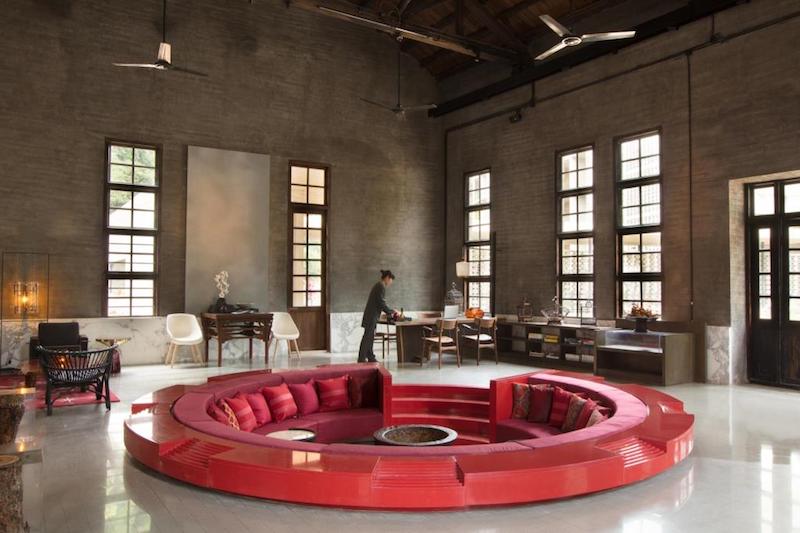 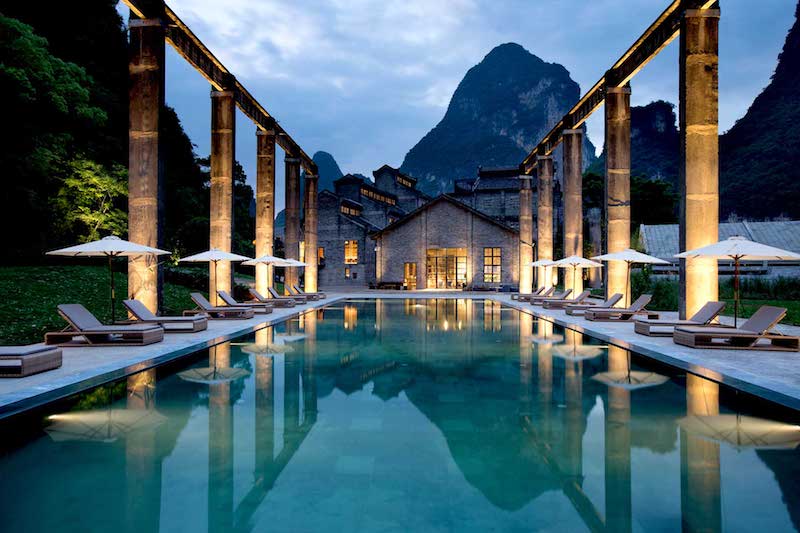 Perhaps one of the most ingenious changes that’s been made to the former mill is the addition of a swimming pool, which has been set in a raw concrete platform bound by a series of industrial trusses, making it a stark but captivating place to relax and one that juxtaposes the might of Chinese industry with the awesome forces of nature that pervade this inspiring setting. The success of the project lies in how the architects have managed to combine old and new to create something both familiar and unexpected. At the mill, this is experienced in carefully thought-out moments of beauty that contextualize both the architecture and its history (past and present) within a gorgeous landscape.