Many New England cities (especially the smaller ones) contain mills that are well over 200 years old. On top of that, these mills are often in unbelievably pristine condition. The manufacture of high-quality clocks, machine parts, textiles, and shoes kept the communities in these areas thriving for generations, but as the 20th century ushered in the age of industrialization, the mills quickly started to close. Luckily, the structures themselves, mainly made of nearly-indestructible brick, steel staircases, and old-growth wood beams, have remained beautifully intact. 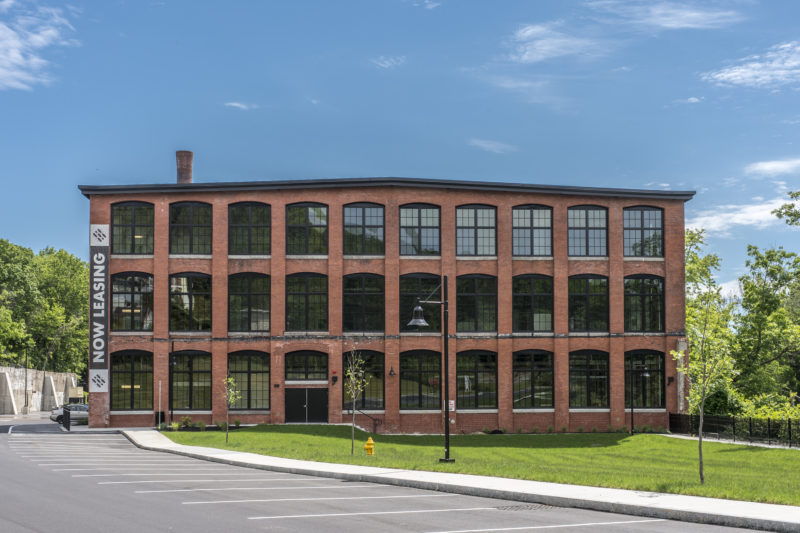 In Fitchburg and Ludlow, Massachusetts, The Architectural Team (tat) and Winn Development recently joined forces to transform two historic mill sites into 21st-century multifamily residences. Both renovations retain the old-world charm of the original structures but employ a few modern enhancements to make them more comfortable and convenient. 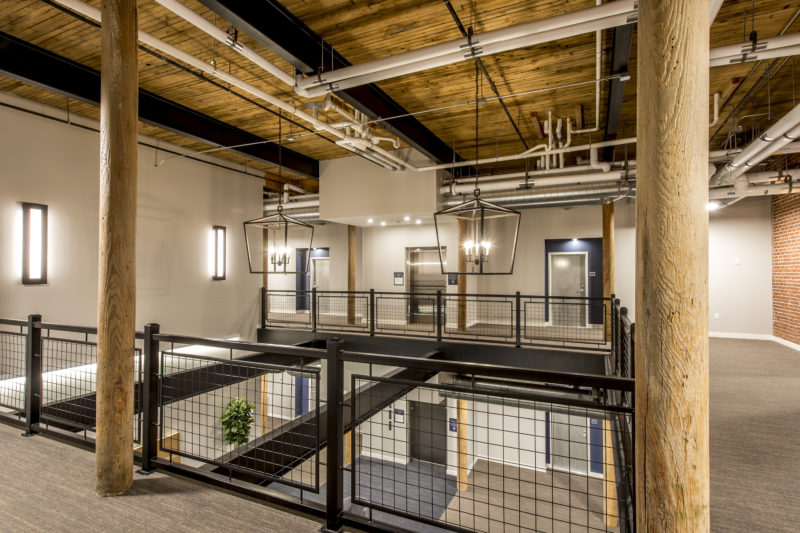 Situated on the banks of the Nashua River in Fitchburg is Yarn Works, once called the Nockege River Mill Building. For decades, Fitchburg fought to stay viable in rural north-central Massachusetts, finally getting a break when a commuter rail line was built connecting the town to Boston’s North Station. All of a sudden, comparatively affordable real estate was not impractically remote, allowing the restoration of Yarn Works to begin.

At the outset of the project, the 182,500-square foot textile mill, a proud part of the National Register of Historic Places, was fraught with challenges. For starters, the Yarn Works property is located in a flood zone that was established over a century ago. Back then, the overflowing river water simply flowed through the mud and clay basement of the mill. The team’s first plan to fill in that basement was rejected outright, as the space was seen as an integral part of the building’s flood storage capacity. The next-best solution was costly but workable: builders elevated the first floor about 27 inches by building a steel and concrete deck. 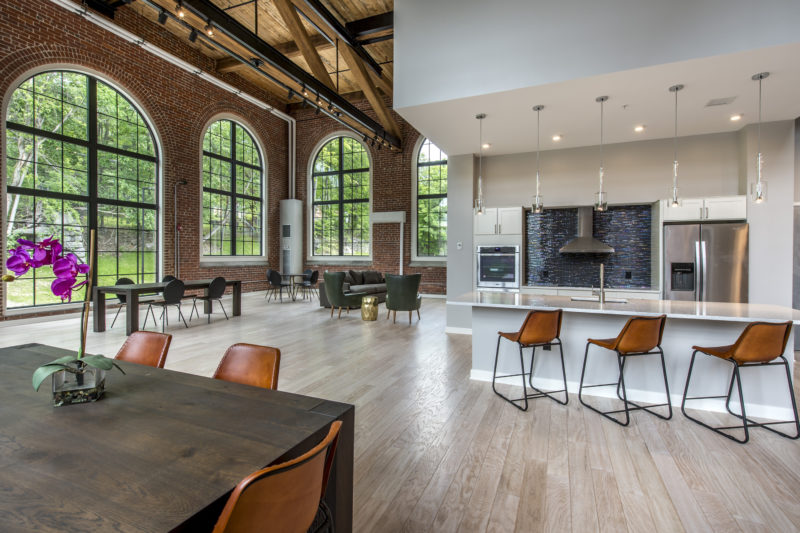 The structure also required seismic upgrades and replacement of its wood-framed 12-foot-by-eight-foot windows. All the mortar and brick on site had to be restored to its original state, and all the wooden floors had to be refinished or replaced to meet historic tax credit requirements. The floors also required sound absorption retrofits to eliminate echoes.

The Restitution of Ludlow 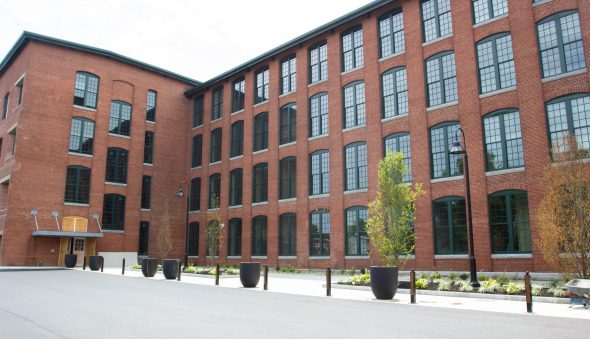 A major part of the Ludlow Mills Preservation and Redevelopment Master Plan, the Ludlow complex occupied 1.2 million square feet of warehouse and mill space on a 170-acre parcel along the Chicopee River. There were over 60 other structures on the site, including banks, stores, schools, and housing for workers. The four-story, 108,163-square-foot mill needed much of the same restoration as Yarn Works, from masonry to window replacements.

A big loading dock in the back of the first floor made the biggest difference at the Ludlow location. A number of the first-floor units ended up being extended into this area, making them almost double the size of apartments on the floors above them. 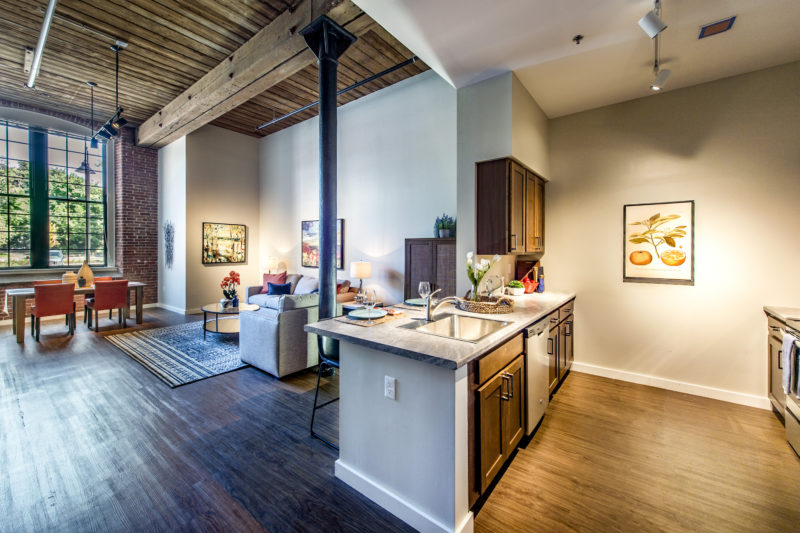 The $24.2 million Yarn Works reconstruction made available 29 one-bedroom, 58 two-bedroom, and nine three-bedroom apartments, all at market rate and with ceilings as high as 15 feet, original beams, bare brick, and authentic wood plank floors.

The “Residences at Mill 10” project yielded 63 one-bedroom and 12 two-bedroom apartments. The complex also offers a fitness and yoga center, a reading alcove, a cyber café lounge, and common areas on all four floors.