A ruin can be a priceless piece of antiquity – or a worthless pile of rotting timber and crumbling stone when left to waste away in the elements. This may be the most daring building conversion of our times – a collection of castle-like ruins on top of a hill that has been radically remodeled into something barely recognizable as a paid retreat. 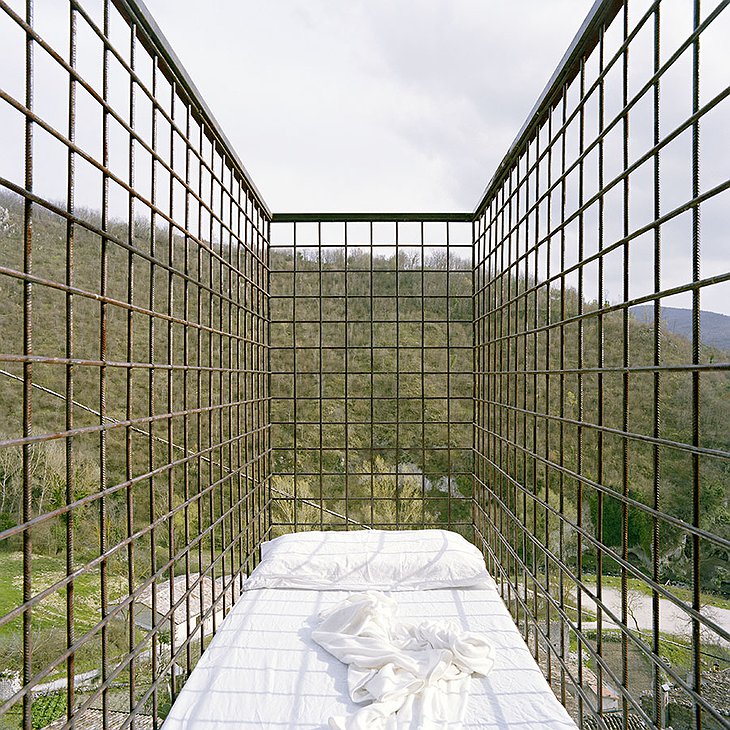 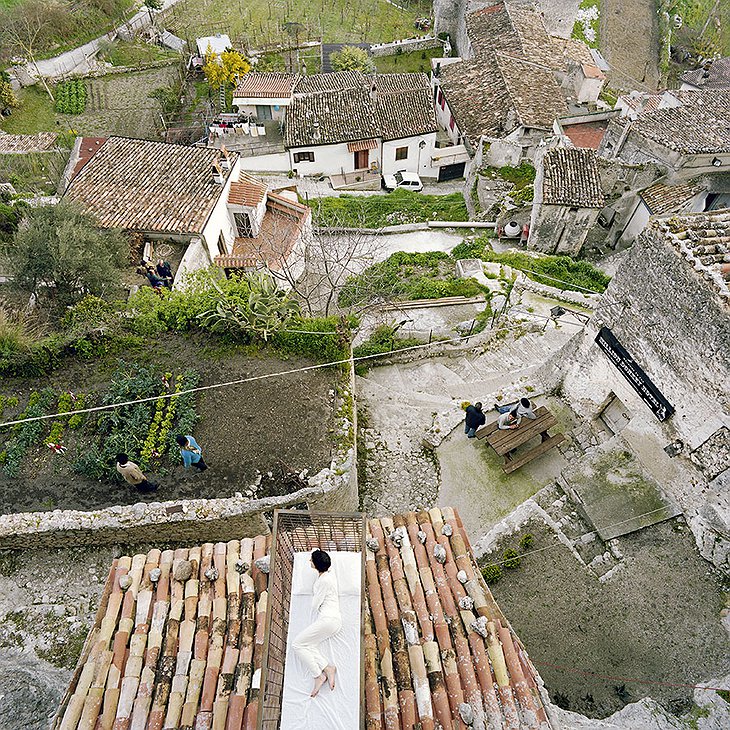 Maybe the name Million Dollar Donkey should have been a clue that this is not the kind of stay the typical tourist is expecting. A bed hangs in the hair – cantilevered out in space, suspended within a steel mesh cage – not at all an experience one expects to find on a cozy getaway in some ancient castle space. These converted ruins still resemble their pre-makeover state with some added flair and functionality. 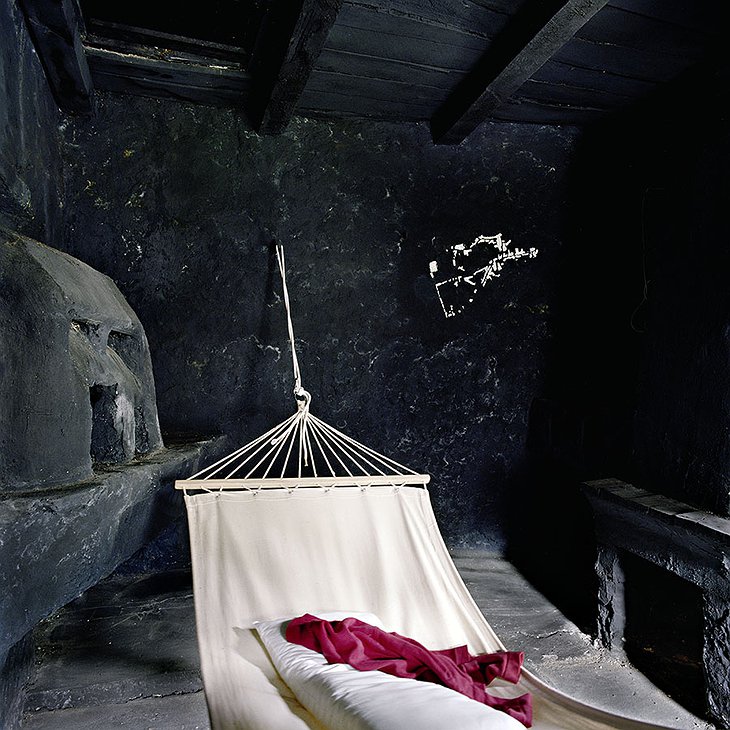 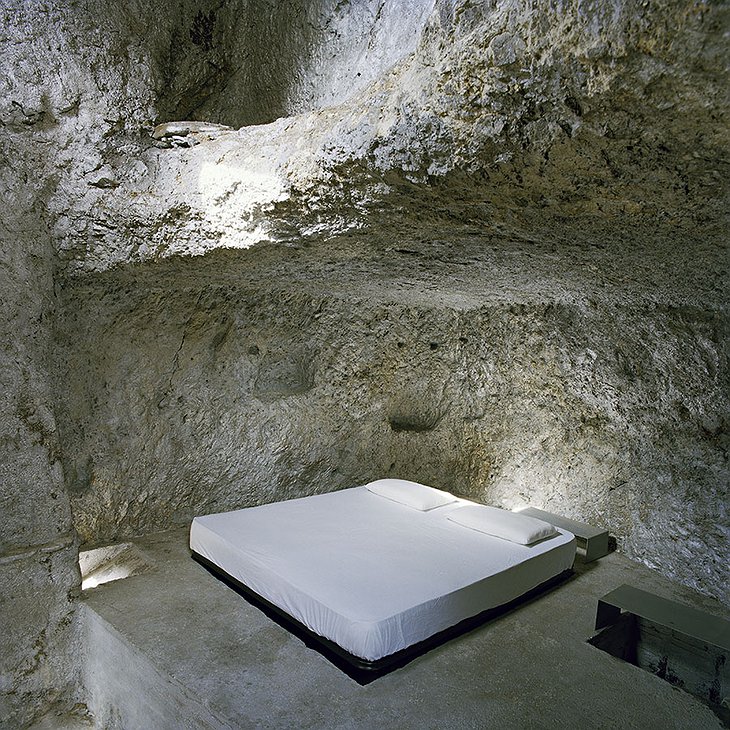 There is something gritty and real about this offbeat hotel – clearly-new construction adds a layer to the existing architecture rather than seeking to detract from or overwhelm it. Steel girders support spartan beds and minimalist interventions make the rooms seem barely habitable, but in a strangely good way. 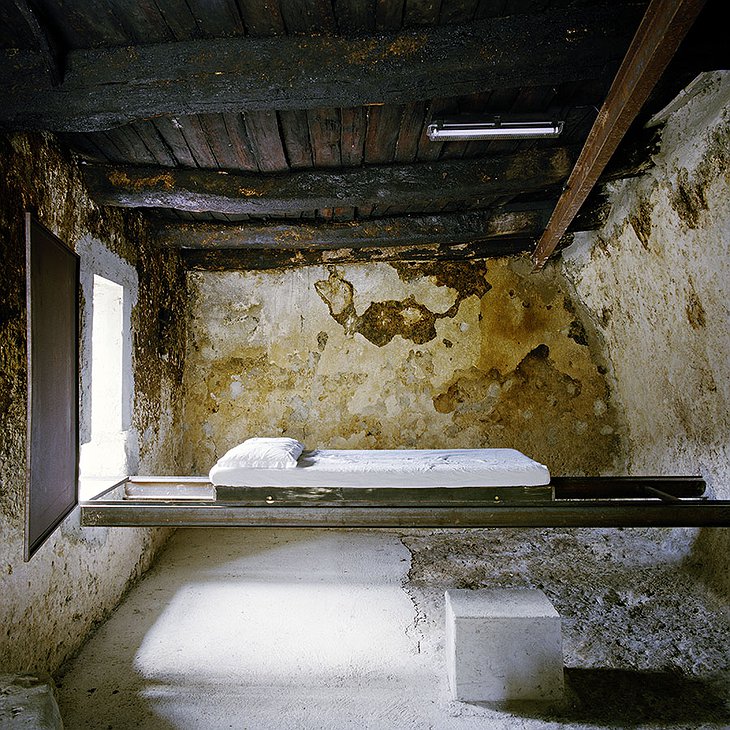 Avoiding conventional hotel aesthetics as well as a contemporary tendency toward cliche historicism, this medieval hotel redesign project by Feld72 is unlike anything most visitors have ever seen. The approach is a unique attempt to “focus on the relation between identity, territory and social space” – a unlikely union of modern design, postmodern art and historic preservation. The question was how to “transform lost spaces of migration” for “the future … without denying its past?” 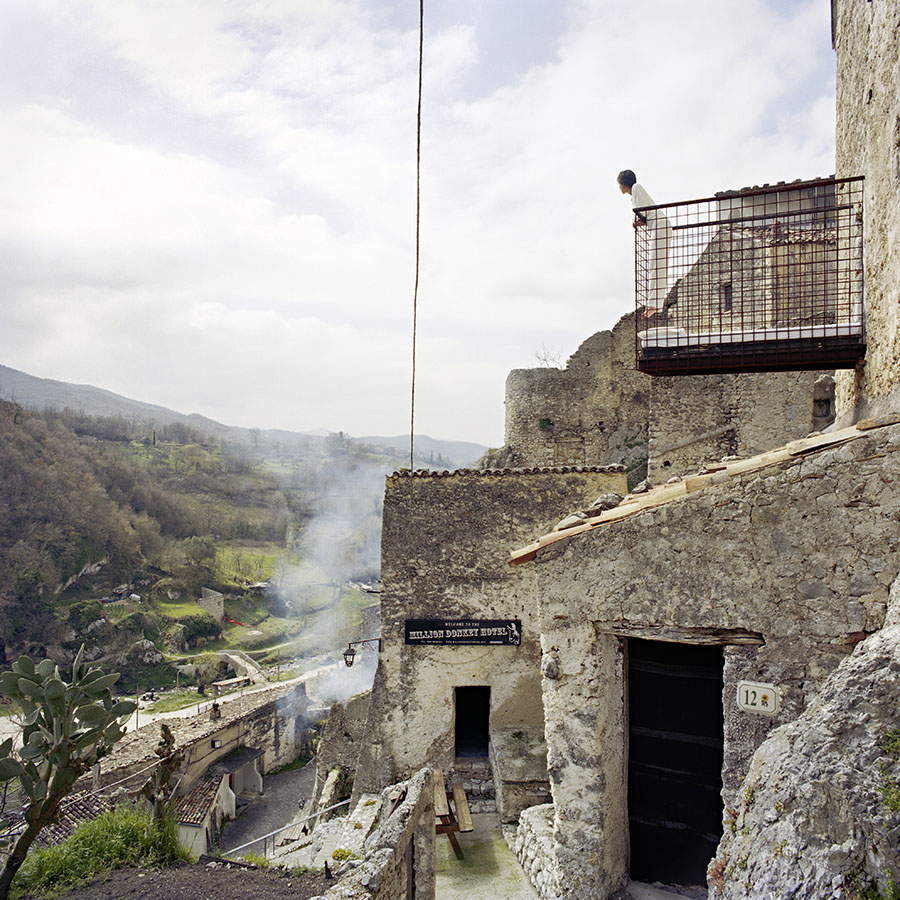 Making for an even more authentic feel, many of the interior areas have been left unrenovated. This is more than just a hotel filled with rooms – it is a series of spaces packed with all kinds of potential. “They can be used as meeting places, bedrooms, siesta spaces and a public bathroom. Occasionally they are filled with the protagonists of a new, much more contemporary kind of migration: the nomad of nowadays, the tourist, which in some moments can transform these spaces into a non-commercial version of a Hotel. But this all depend on the public itself on their own responsibility how they use and how they share their new spaces.”