Trying to attract a younger, more feminine audience to the electric car market, Chinese auto company SAIC-GM-Wuling has unveiled a new version of its Hong Guang Mini: the Macaron. 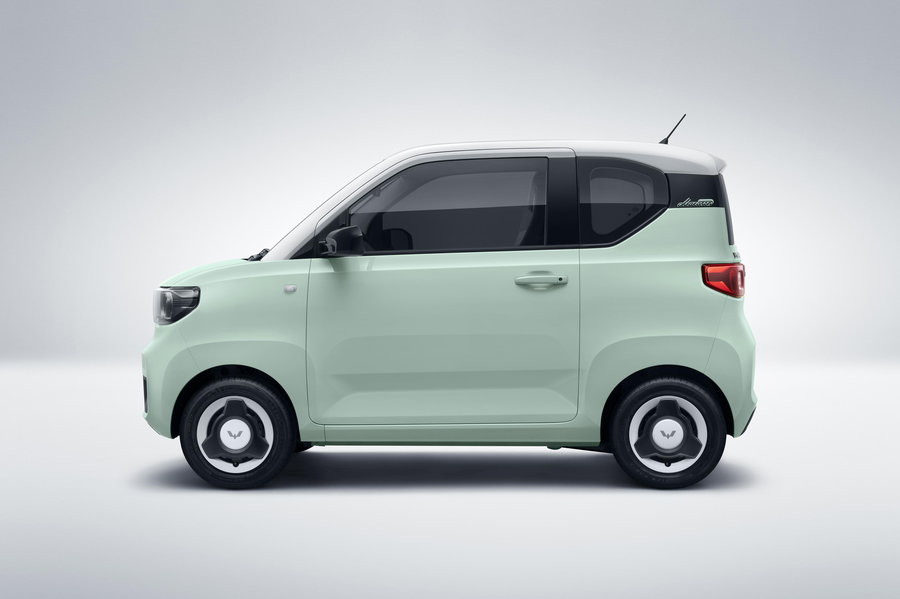 The tiny car model will come in three pastel colors inspired by the iconic meringue cookies. The company – partly owned by General Motors (GM) – is also adding darkened LED headlights and two-tone alloy wheels to give a more personalized feel to its top-selling electric vehicle. 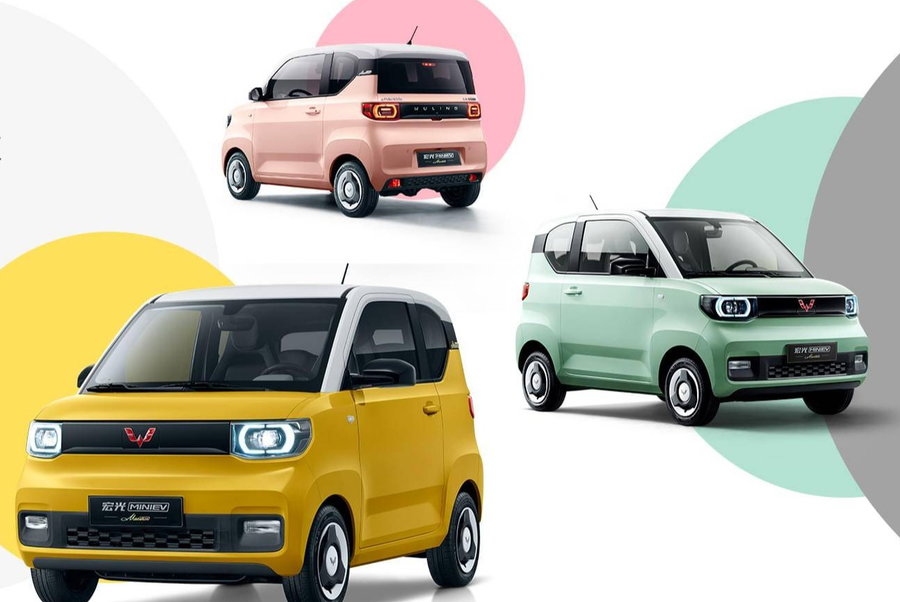 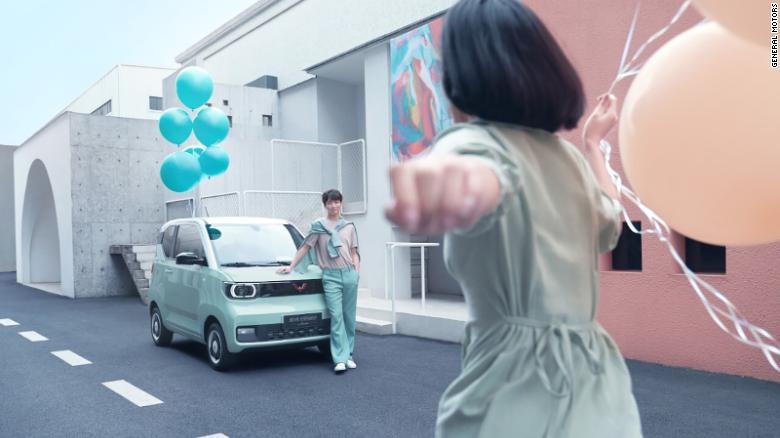 To ensure an exclusive color palette, the Wuling brand tapped paint maker Pantone to cook up the pastry-themed hues. Buyers will be able to select the Hong Guang MINI EV Macaron in Avocado Green, Lemon Yellow, or White Peach Pink. An additional upgrade for this version will include enhanced safety equipment (low-speed pedestrian warnings, reversing camera with rear park sonar, and driver-side airbags) at the base trim level.

Under the hood, the Macaron will get a 27-horsepower electric motor, an increase from the 17.4-horsepower issue for the standard Hong Guang MINI EV. However, it will retain the same13.9 kWh battery and 106-mile range.The car will also keep its miniscule size, measuring just 115 linear inches from front bumper to back. That makes it two feet shorter than even the Fiat 500, one of the smallest cars on the US market. 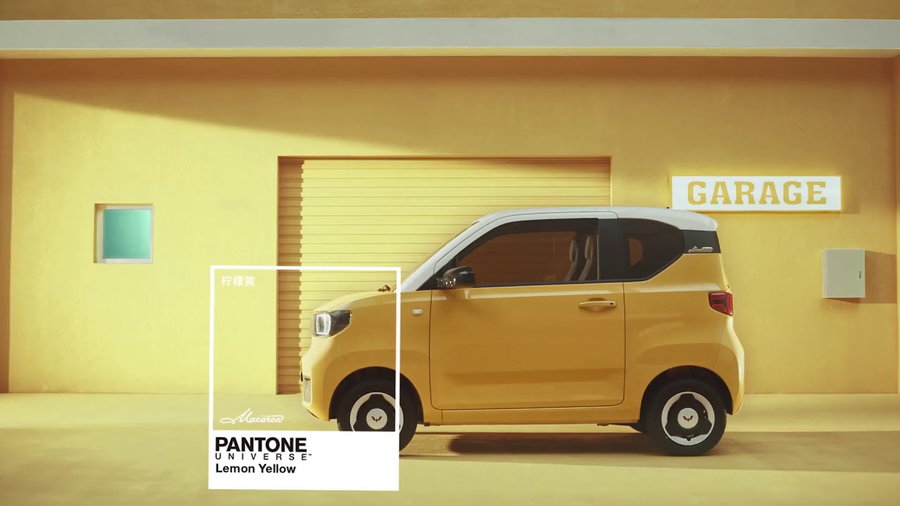 Although technically a four-seater, the Hong Guang Mini EV’s “2+2” layout is most functional with the backseats folded down. Its tiny frame and electric engine make it particularly well suited for China’s urban commuters.

After entering production in 2022, the Macaron will start at the very affordable price of 37,600 CNY (roughly $5,750 USD), itself still a bump up from the standard Hong Guang Mini EV’s price tag of $4,500. Some reports suggest the popular mini car will also be offered in Europe as FreZe Froggy, although it could cost twice as much there due to European environmental regulations. 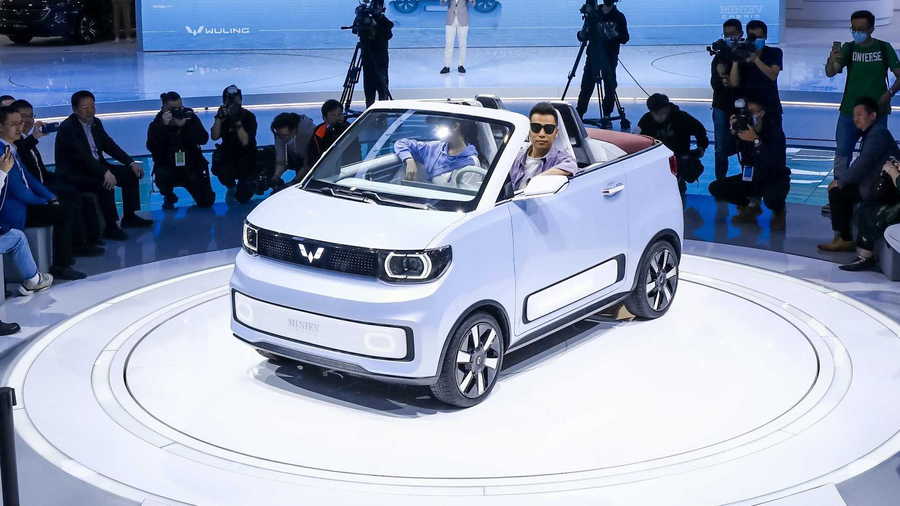 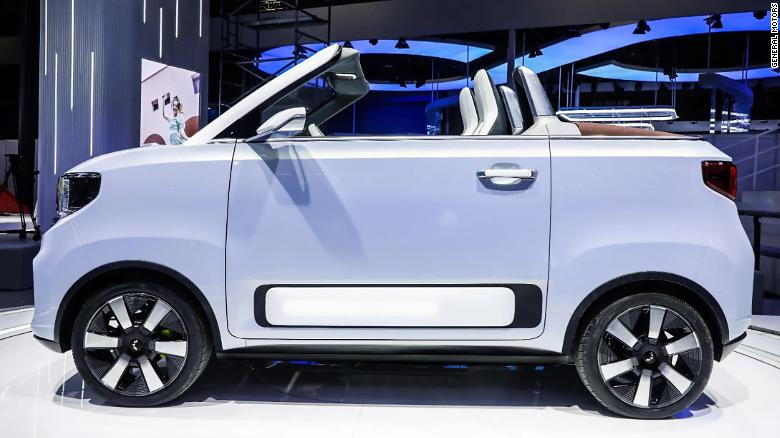 Also announced was the Hong Guang Mini EV Cabrio, a convertible version with a folding cloth roof. Although it will also begin production next year, no price has been revealed for this model.

Describing the Cabrio at the 2021 Auto Shangai event, Wuling said it “has a chic exterior design, with a stylish two-tone color scheme featuring an Island Blue body and a Sunset Red top. The addition of six-spoke wheels will suit the preference of the younger hip generation.” They added that “the display screen has been doubled in size to 10 inches. It will connect users to the world around them.” 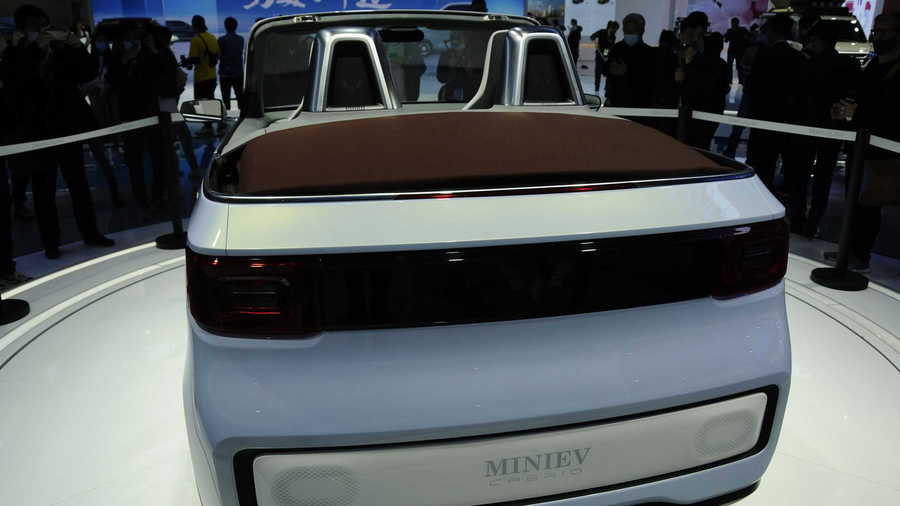 The Macaron and Cabrio versions are likely to strengthen the Hong Guang MINI EV’s market share in China, where it has already surpassed Tesla as the best-selling electric vehicle. After hitting the market in July 2020, GM reports that over 270,000 models have been sold. 25,778 MINI EV’s were purchased in China in January alone, compared to just 13,843 sales of the Tesla Model 3 there.

That discrepancy certainly may have something to do with the price tag, as the Model 3 retails for $39,000 in China. However, Tesla continues to thrive there, having more than doubled its sales volume last year. 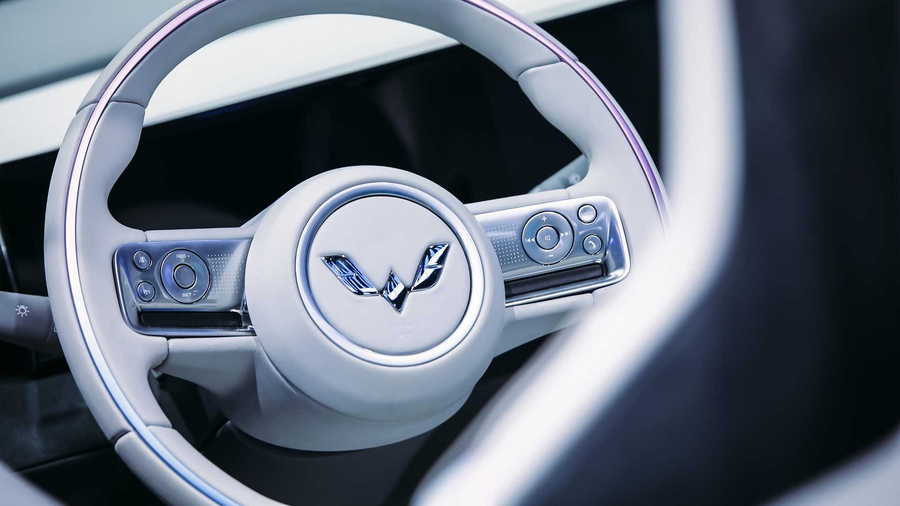 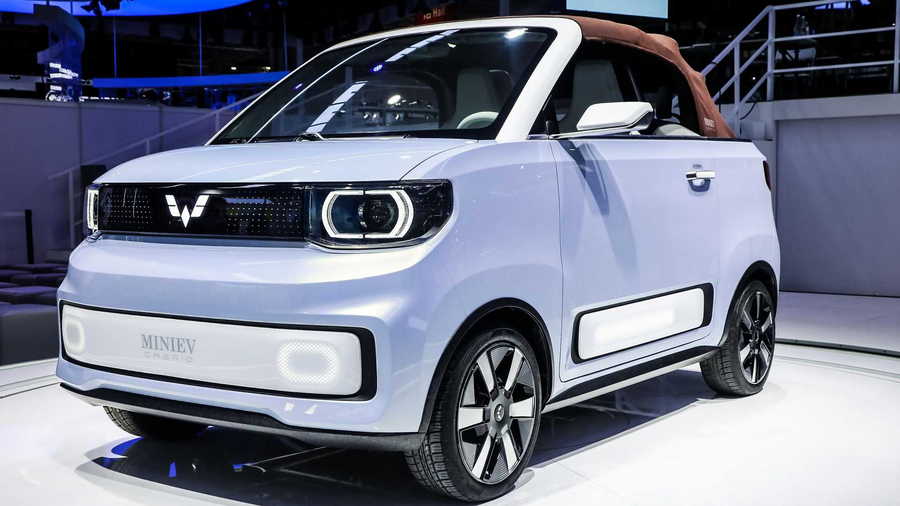 The Chinese government has promoted sales of electric vehicles, including the MINI EV, by offering free and guaranteed license plates. Without that promise, it can take months or years to secure a gas-engine car though one of the state auction systems.