China has been leading the way in new technologies for some time now. This vast nation has pioneered some of the smartest developments in the battle against climate change, and they’re also at the forefront of the technological revolution taking place in the automotive industry. It’s rare these days that tales of driverless cars and electric forms of public transport are not making headlines, but China has once again proven that it is most definitely a world leader in the field of intelligent vehicle design. 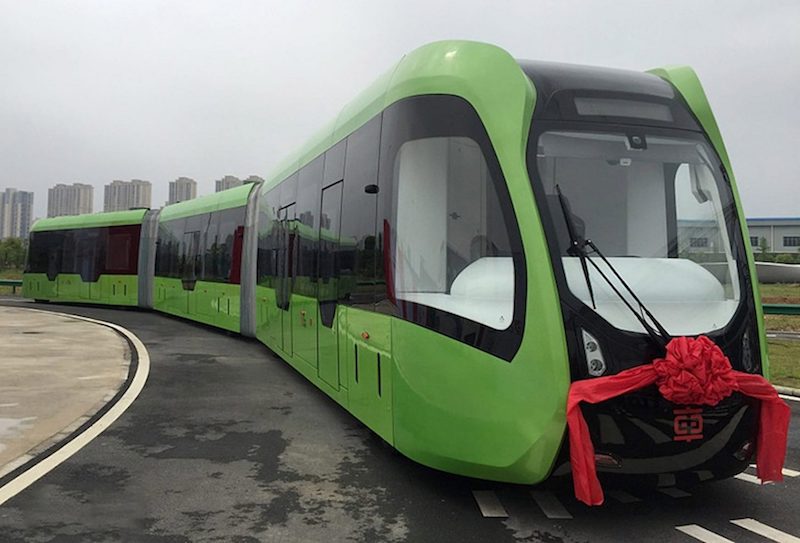 While much is made of self-driving prototypes (some of which has even been road tested), China’s new public transport system is truly innovative. A step ahead of all current forms of public transportation, it combines elements of the city’s train, bus, and tram systems. Developers are calling it the “rail bus,” and it just made its first journey in the Chinese city of Zhuzhou this past October. 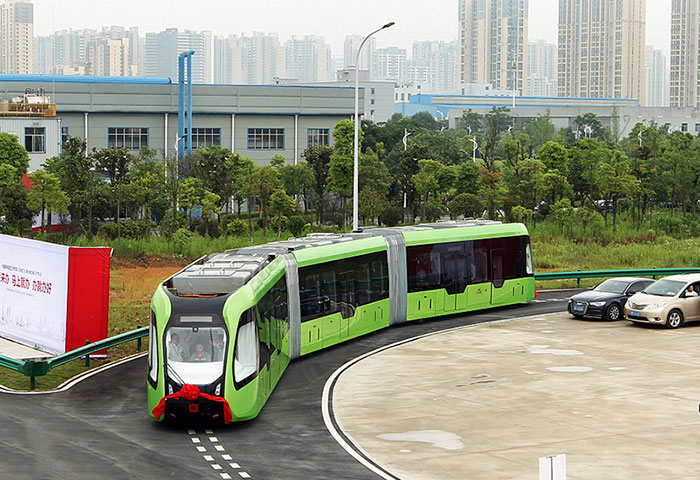 While this is not the first time a driverless form of public transportation has been floated or even tested in the public sphere, the “rail bus” is different in that it runs completely independent of any fixed track. Both trains and trams run on tracks, and electric buses are guided by overhead cables, but the “rail bus” finds its way around the city using painted markings on the road. Special sensors on the underside of the bus scan the markings as they pass, directing the vehicle onward and eliminating the need for a driver altogether. Of course, as a safety precaution, the front of the rail bus has been designed with a driver’s cabin in the event of an emergency. On the bus’ first real journey in October, a driver went along with the vehicle just in case. 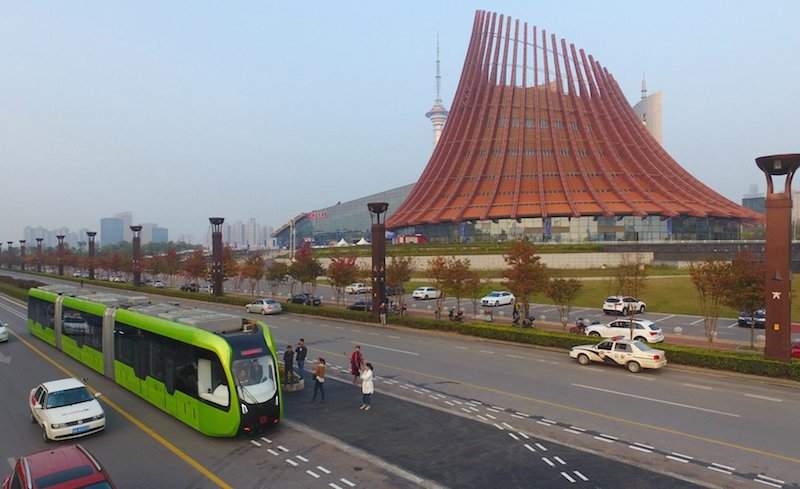 The design was first unveiled last July by the Chinese transport company CRRC, who lauded the fact that the rail bus was more eco-friendly and cheaper to run than current transport systems operating in Zhuzhou. The city suffers from severe traffic congestion, and it’s hoped that the rail bus will contribute to alleviating some of it, especially since it runs above ground, which allows it to operate on the existing infrastructure and only requires the painting of transmission markings in the streets. By contrast, a new subway system would cause major disruption and be a lot more expensive to install. The cost of the entire system is estimated to be at about 80 percent of what a subway system would cost. 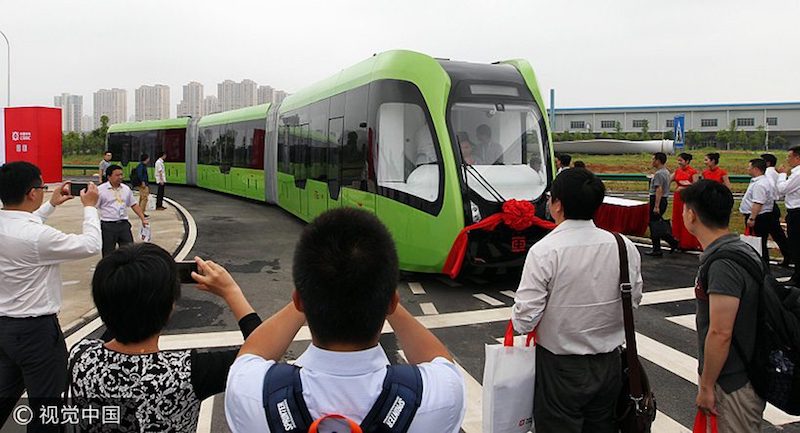 The route trialed in October was 3.1 kilometers in length and broken up by four stops. The fact that the vehicle is electric means that it can run for 40 kilometers on a single charge. Each vehicle measures 30 meters in length and would be replaced after about 25 years of use. Its maximum velocity will be approximately 70 kilometers per hour. It’s expected to start running full-time in 2018, with each bus being able to accommodate as many as 500 people at a time.

Dornob recently profiled another self-driving vehicle. You can check it out here.