Before every city became a place, it was nowhere. With all due respect to the challenge of city-building from scratch, it’s quite easy to build something out of nothing. The real challenge lies in building a destination, or a place where people will want to live and experience a number of different attractions. 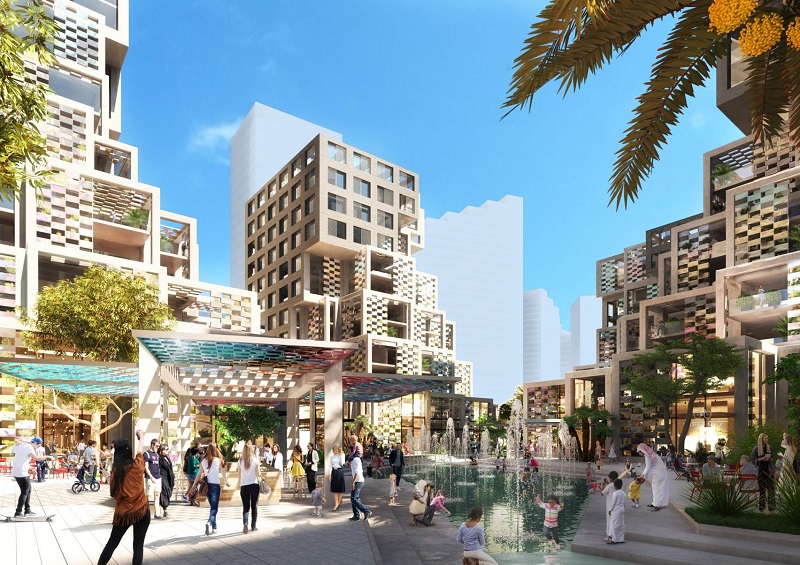 When Abu Dhabi-based real estate developer Imkan Properties wanted to create a place for creative, entrepreneurial millennials, they sought out the services of MVRDV and BIG, two well known European architecture firms, as well as those of the local firm Dewan Architects. When completed in 2020, the sprawling mid-rise tower project, officially referred to as “Pixel,” will be a 161,000-square-foot mixed-use development that houses shops, offices, coworking spaces, and art studios on its first three floors, with 480 apartment units built into the upper ones. Imkan Properties hopes that Pixel, which will make up part of a new “soulful place” in the city called Makers District, will help turn the neighborhood into “the new beating heart of Abu Dhabi.” 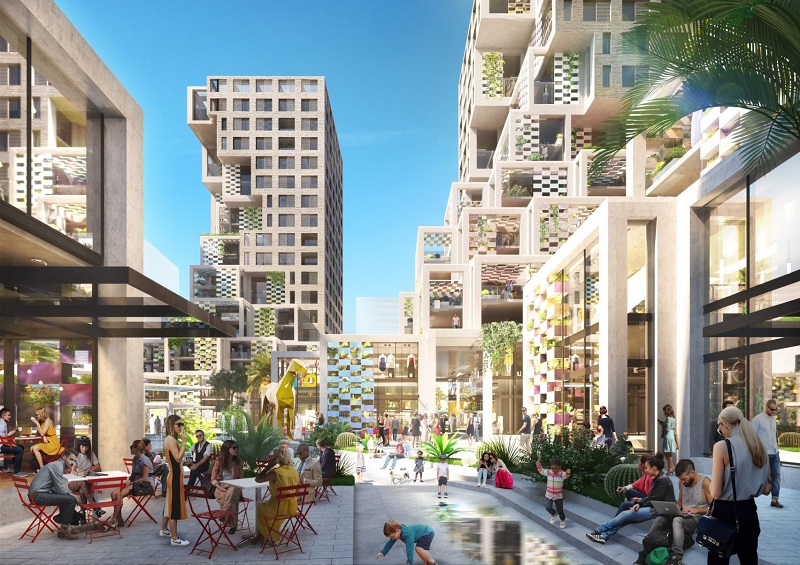 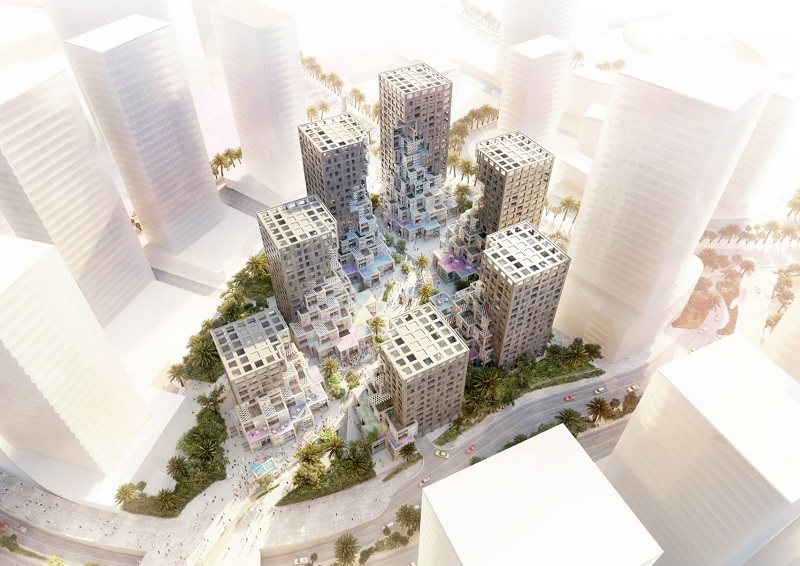 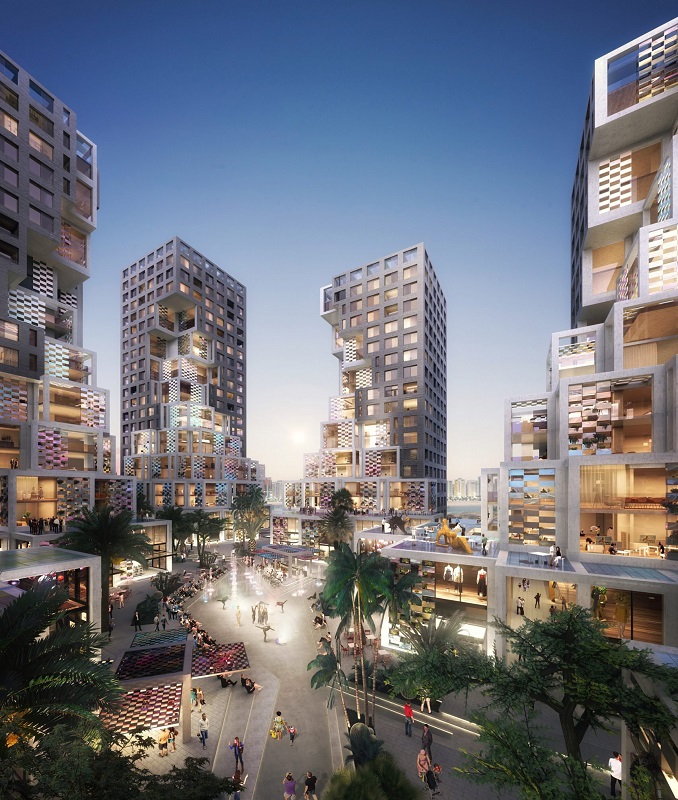 Many places attempt to transform large sections of their cityscapes overnight, but few are as deeply committed to quality as those in the Persian Gulf. In cities like Abu Dhabi, it’s either go big or invest in somebody who is going big. To understand the confidence this city has in making a destination out of almost nothing, consider its history.

Although Abu Dhabi has existed since about the third millennium B.C., its ascension in the world of urban systems has really only occurred within the last 30 years. In the middle of the 20th century, the UAE capital barely had over 20,000 residents. Today, its center is a metropolitan hub with approximately 2.65 million inhabitants. It is a city teeming with wealth, luxuriance, and burgeoning cultural ties to the West through institutions like the Louvre Abu Dhabi and the soon-to-be built Guggenheim. The rapid development that the city has experienced over the last 60 years is not exactly making a place out of nothing, but it comes quite close.

Makers District, which is situated on Reem Island, will be directly adjacent to Saddiyat Island, home to the aforementioned cultural institutions, the Sheikh Zayed National Museum, a biennial exhibition space, a performing arts center, a maritime museum, and the NYU Abu Dhabi campus. All of these places are big institutions designed by big-name architects, and they’re all working together to make the city more of global player and, at the local level, a vibrant place to live.

With Pixel, which is scheduled to begin construction during the first quarter of 2018, MVRDV and BIG are attempting to create a magnetic place that attracts creatives, shoppers, tourists, and urban flaneurs. Ironically enough, BIG (a company known for its experimentation with forms on massive scales) was not put in charge of designing Pixel’s seven towers. However, they are handling the development’s central public square and the quaint gardens at its edges. 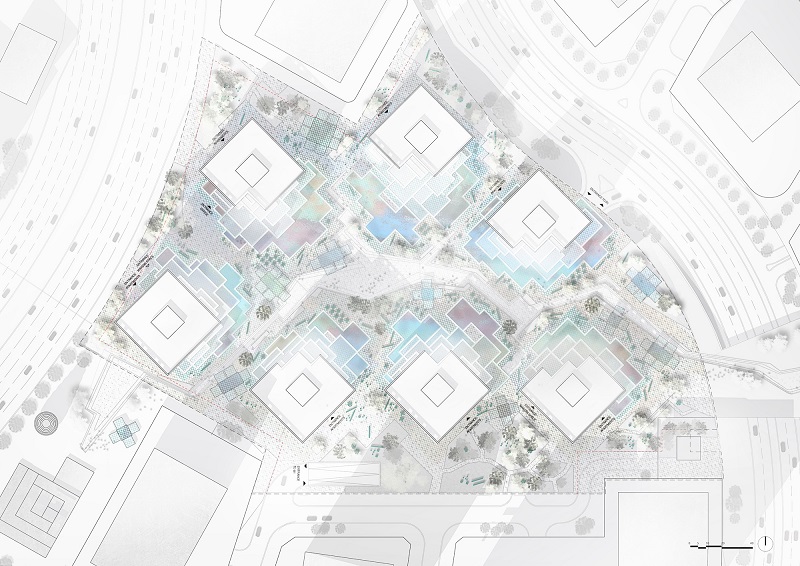 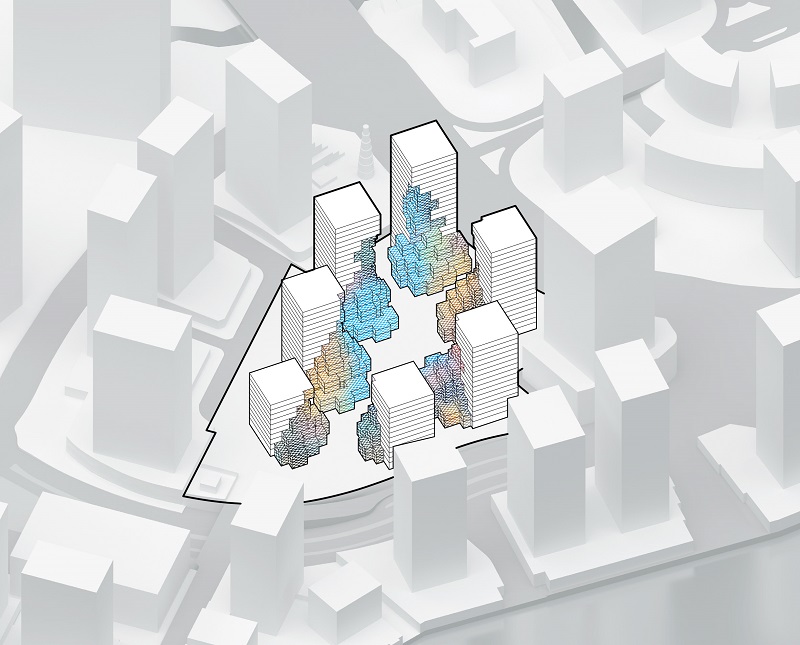 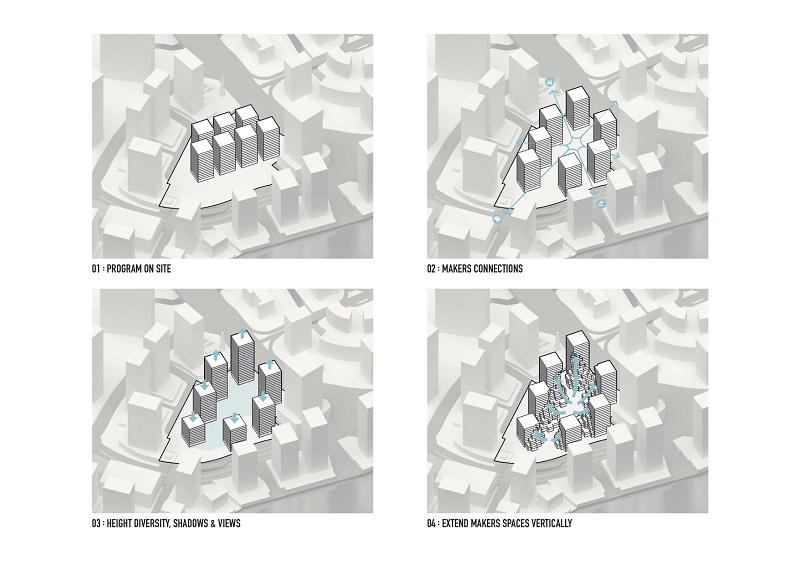 MVRDV’s concrete façades will have the appearance of dissolving into pixels. This is a formal gesture meant to maximize the waterfront views from inside the towers and allow the development to communicate as broadly as possible with the rest of Makers District. By minimizing the mass of the towers, Pixel might just avoid feeling like a secluded community — a problem that plagues many such developments, regardless of the socioeconomic status of its inhabitants. The success of the central public plaza will depend on the quality of its shops, the work that the local artisans make there, and the innovations that its resident startups create. With six paths leading from the rest of Makers District to the center of the project, Pixel should have no problem drawing people in, especially if the plaza is used as a creative event space. 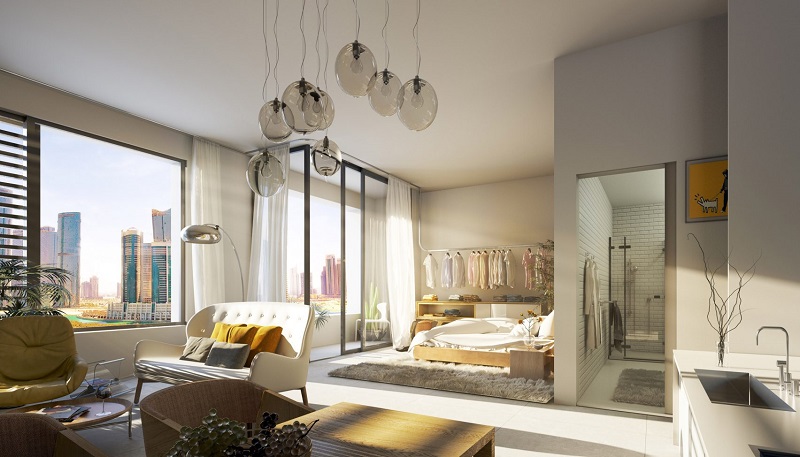 Though people will be walking through the valley of creativity, will they be inspired to continue coming back, build the next Emirati startup there, and live in the new heart of Abu Dhabi? It’s difficult to answer those questions with nothing but renderings, which themselves are only “pixels” on a screen, to go off. The overall success of Pixel, Makers District, and the cultural hub that Abu Dhabi is building will depend of whether or not people are seduced by the genuine quality of the city.