You know what they say about people who live in glass houses—they shouldn’t throw stones. If you’re able to take this originally-metaphorical advice literally, you might consider the advantages of building with glass bricks. This visually-striking construction medium is sturdy, allows designers to get very creative with color schemes, and can add plenty of light to a room without compromising its privacy. Take, for instance, the “Crystal Houses” building by Dutch architects MVRDV. This facade gives Amsterdam’s high-end shopping street, PC Hooftstraat, a distinct character without detracting from its historical aesthetic. In this design, new meets and embraces old. 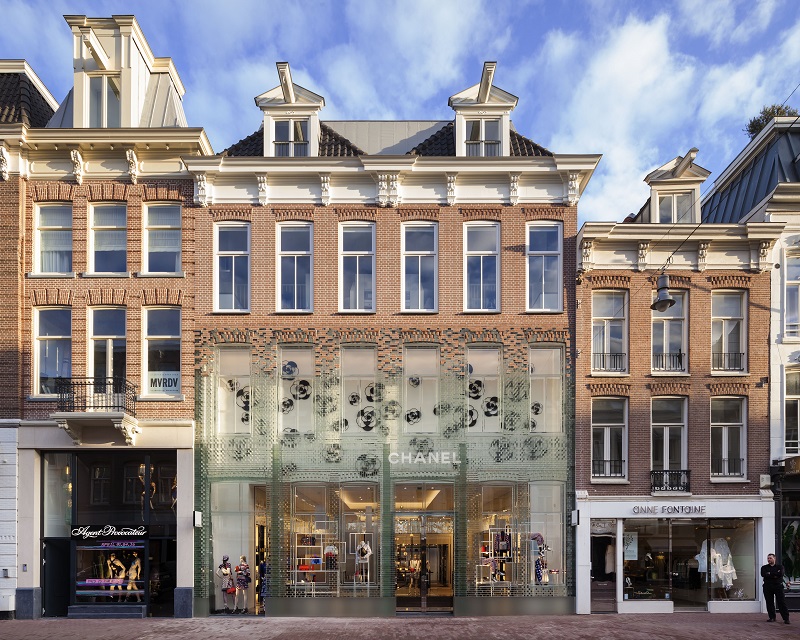 As its name suggests, the Crystal Houses facade is constructed almost entirely from glass. It incorporates glass bricks, glass window frames, and even glass architraves (i.e. the molded frames around doorways)! The entire building, which was completed in 2016, boasts an impressive 620 square meters of retail space in addition to 220 square meters of housing. We’re not sure how expensive it is to live on PC Hooftstraat, but we suspect that such a prime residential location might be just a little out of most people’s price range.

When designing Crystal Houses, MVRDV’s two biggest priorities were preserving the building’s history and creating an authentic-looking brick facade. The architects explain, “The near full-glass facade mimics the original design, down to the layering of the bricks and the details of the window frames, but is stretched vertically to comply with updated zoning laws and to allow for an increase in interior space.” The crystal blocks run up the length of the building, “eventually dissolving into a traditional terracotta brick facade for the apartments (as stipulated in the city’s aesthetics rules), which appears to be floating above the shop floor.” The storefront’s gradual transition from old to new provides a refreshing visual alternative to the cookie-cutter shopping malls we all know and tolerate. 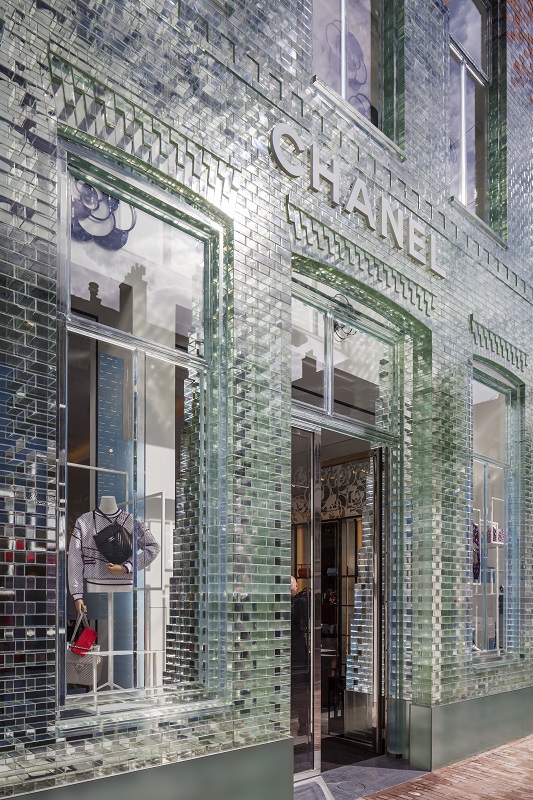 Of course, a project as stylized and detailed as Crystal Houses requires more than a little time, effort, and funding. Each one of building’s glass bricks was individually cast and crafted by Italian crystal manufacturers Poesia. The Netherlands’ own Delft University of Technology partnered with engineering firm ABT and contractor Wessels Zeist to develop new construction techniques for the facade. A high-strength, UV-bonded, clear adhesive was used in place of mortar to cement the bricks together without interrupting the storefront’s overall transparency. 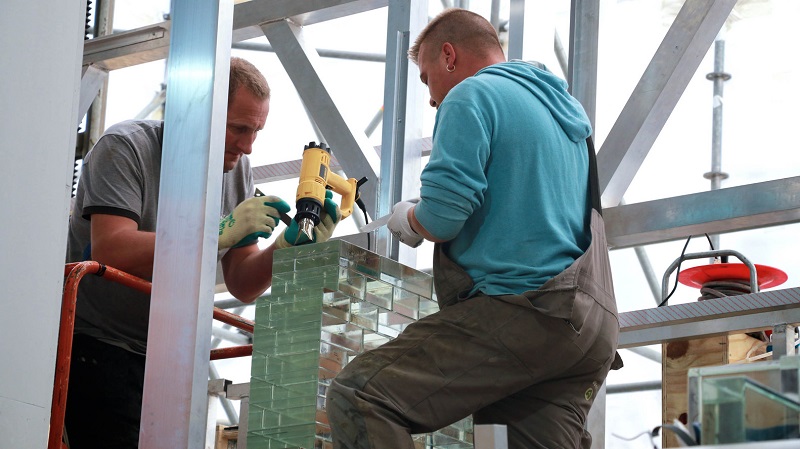 MVRDV’s project notes read, “Since this construction is the first of its kind, new construction methods and tools had to be utilized, from high-tech lasers and laboratory-grade UV lamps to slightly lower-tech Dutch full-fat milk, which, with its low transparency, proved to be an ideal liquid to function as a reflective surface for the leveling of the first layer of bricks.” 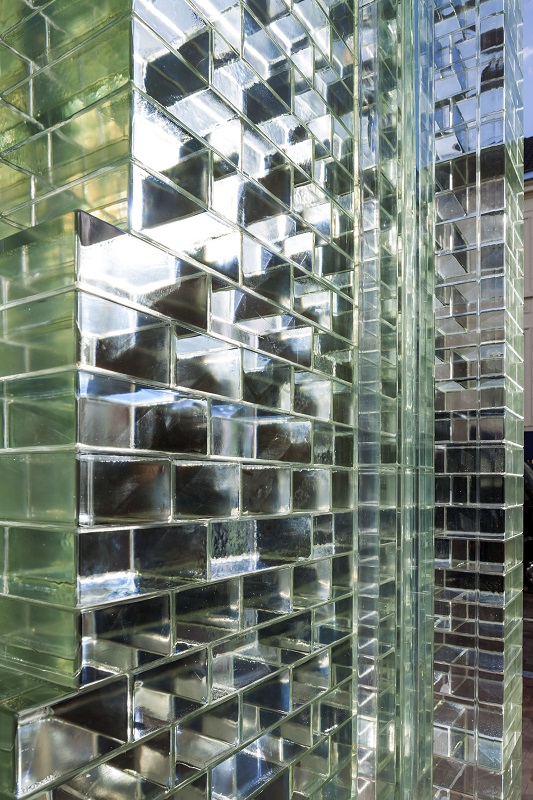 Continue reading below
Our Featured Videos
Store owners and tenants shouldn’t have to worry about the glass cracking anytime soon. The Delft University of Technology performed a series of strength tests on the bricks and, in some cases, concluded that they were even stronger than concrete. The construction team has also come up with a set of repair-protocols that will allow individual bricks to be replaced in the event of any damage. Plus, Crystal Houses has been designed around a ground source heat pump, which pulls warmth from the earth to sustainably maintain a steady, comfortable temperature in the building all year long.