Researchers from the California Institute of Technology (Caltech) recently developed a wearable “electronic skin” that can serve as a biosensor to monitor various health indicators, including body temperature, blood sugar levels, heart rate, metabolite production, nerve signals, and more. But what differentiates this new e-skin from all others? Its biofuel cells have no need to rely on any external energy source, as they’re powered entirely by human sweat! 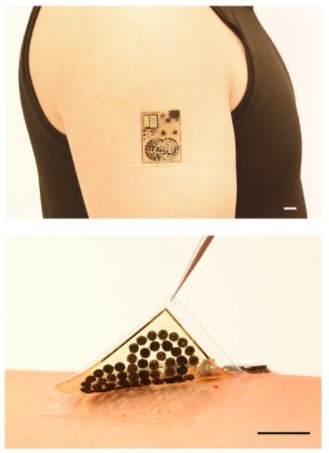 So far, existing electronic skins are run via batteries and near-field communication. The Caltech team sought to disrupt the industry by creating a version that could operate wirelessly through some form of continuous self-power.

E-skins are made of soft, flexible rubber, taking the form of small patches that are placed adhesively onto the top layer of skin. And what’s always present on the epidermis? Human sweat, of course! Because sweat is one of the body’s own natural waste products, The Caltech team figured it would make for a wonderful source of power.

No surprise then that the researchers innovatively devised a method to use lactate to power the e-skin’s fuel cells. If lactate sounds familiar, Scientific American explains that’s because our muscles are famously known to have lactic acid build up in them whenever we’re active. When we give them a chance to rest after heavy exercise, the lactic acid is broken down by the body into lactate and hydrogen ions. As a human waste by-product, it’s secreted in various ways, one of which is through sweat. 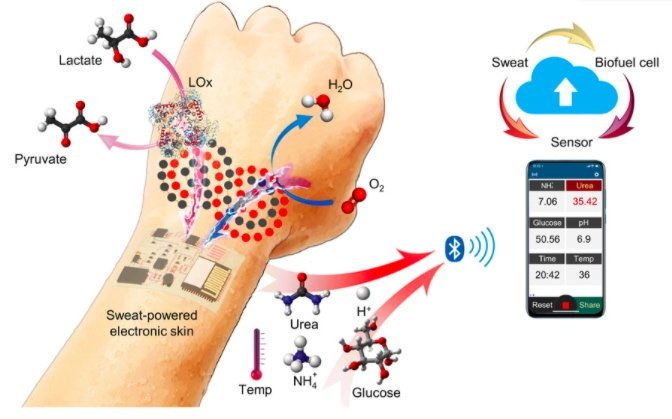 “One of the major challenges with these kinds of wearable devices is on the power side,” says Assistant Professor Wei Gao of Caltech’s Mechanical Engineering Department, who led the research on the new e-skin. “Many people are using batteries, but that’s not very sustainable. Some people have tried using solar cells or harvesting the power of human motion, but we wanted to know, ‘can we get sufficient energy from sweat to power the wearables?’ and the answer is yes.”

How are the Caltech e-skin’s fuel cells designed to use sweat lactate? First, the e-skin absorbs the lactate present in sweat. That lactate is then combined through a chemical reaction with atmospheric oxygen to produce water and a by-product called pyruvate, with the reaction itself acting as the energy converter that powers the fuel cells. And as The Engineer elaborates, “as they operate, the biofuel cells generate enough electricity to power sensors and Bluetooth, allowing the e-skin to transmit readings from its sensors wirelessly.”

Interestingly, The Next Web reveals that the e-skin was tested in two experimental formats. The first involved electronic skins placed on a trio of cyclists pedaling in the laboratory on exercise bikes. As the devices’ reservoirs filled up with cyclists’ sweat, physiological biometric readings on the athletes were transmitted to computers. 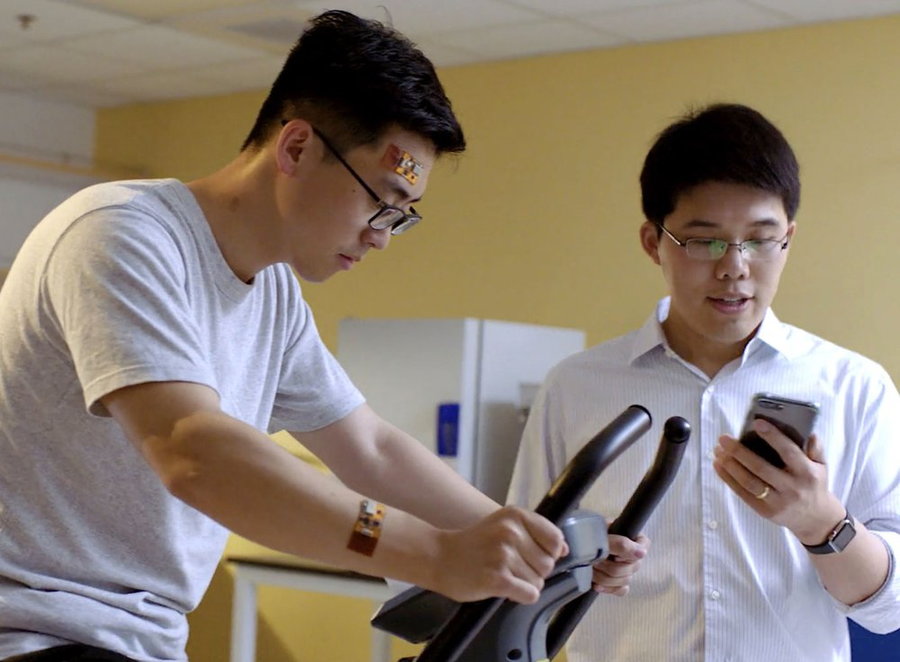 But the research wasn’t just about powering electronic skins through sweat, TNW adds. Rather, during the second segment of the research, an e-skin was wirelessly connected to a robotic arm. When the sweaty cyclist moved his arm through various gestures, the robotic arm likewise followed suit in grasping a nearby object. This breakthrough could mean a future where sweat-powered wearables activate tomorrow’s robotic devices.

“We want this system to be a platform,” Gao hinted about future technological and robotics applications. “In addition to being a wearable biosensor, this can be a human–machine interface. The vital signs and molecular information collected using this platform could be used to design and optimize next-generation prosthetics.” 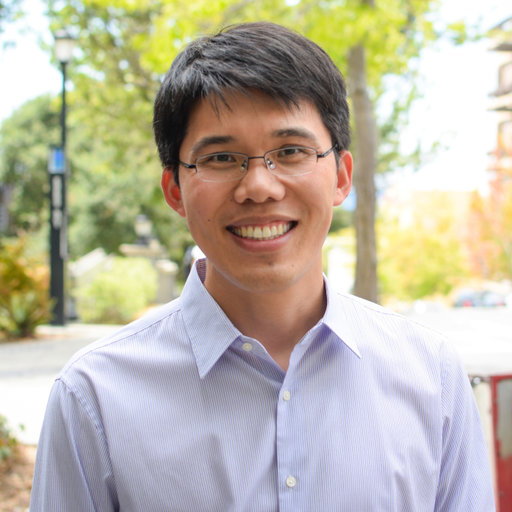 The research was recently published as an article in Science Robotics entitled “Biofuel-powered soft electronic skin for multiplexed and wireless sensing for human-machine interfaces.” According to the official Caltech website, Gao’s work usually revolves around the research and development of novel bioelectronic devices with practical biomedical applications. His work furthers the understanding of complex biological systems, clinical assessments that include health monitoring for early diagnosis and timely intervention, rapid delivery of pharmaceuticals, micro-robotics, nanomedicine, and even precision surgery.