When Italian burger chain Bun turned the design of their newest restaurant over to the Spanish creative team Masquespacio, they got their very own “golden arches” in the form of floor-to-ceiling blocks of pastel hues.

Located on the Via Dell’Orso in Milan, the plain white exterior belies the vibrantly painted scene inside. Sticking with the chain’s pool-changing-room aesthetic, the design company’s co-founders Christophe Penasse and Ana Hernández contained the subway-style tiles to small segments of the walls, filling in the remainder of the roughly 1500 square feet with chunks of daffodil yellow, mossy green, ballet pink, and luxuriant lavender. 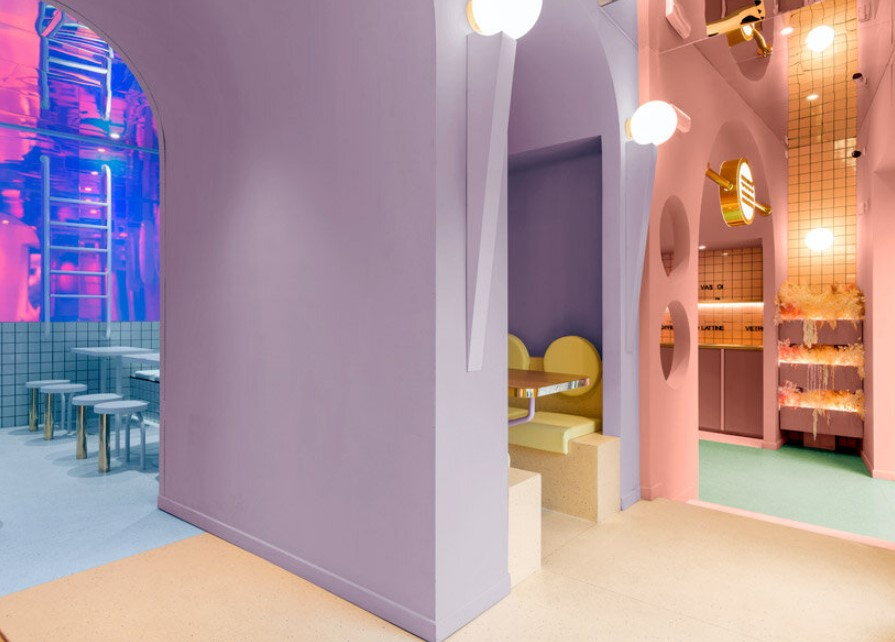 Although the colors aren’t as bold as the studio’s norm, the firm explains that “this time …the palette is a bit less splashy, to give it a more mature look and adapt it to the historic (Brera) neighborhood where the new Bun is located.”

The architectural details begin with decorative arches that frame each dining booth, creating cozy eating compartments with seatbacks made of upholstered circles, and wooden tables trimmed in gold. 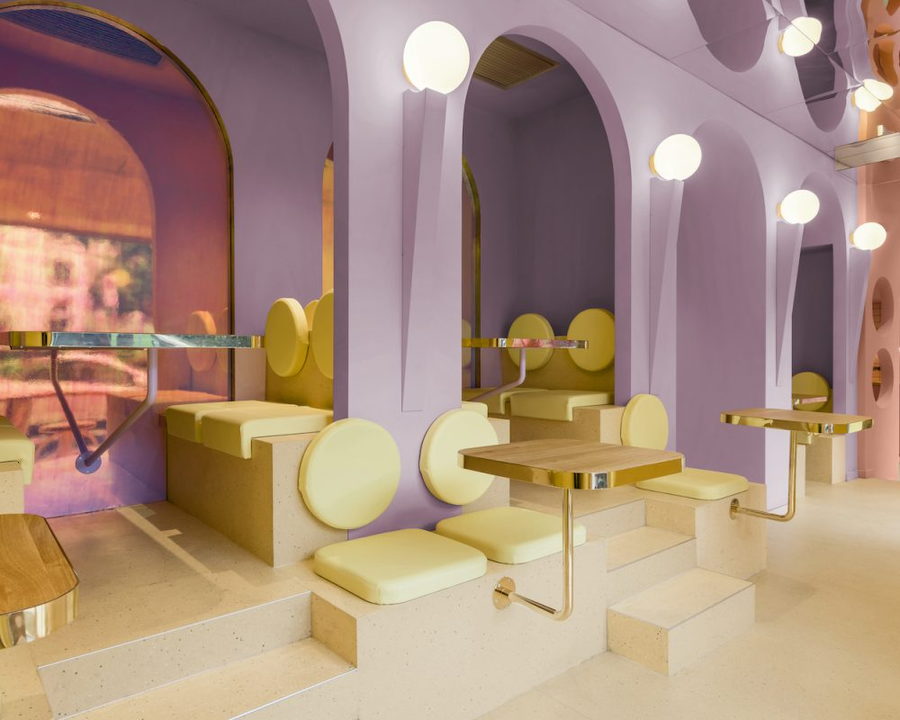 “Goldish touches are one of the elements that make it more sophisticated,” said co-founder and marketing director Christophe Penasse. “We used dry plants for this space to add this more mature touch.” 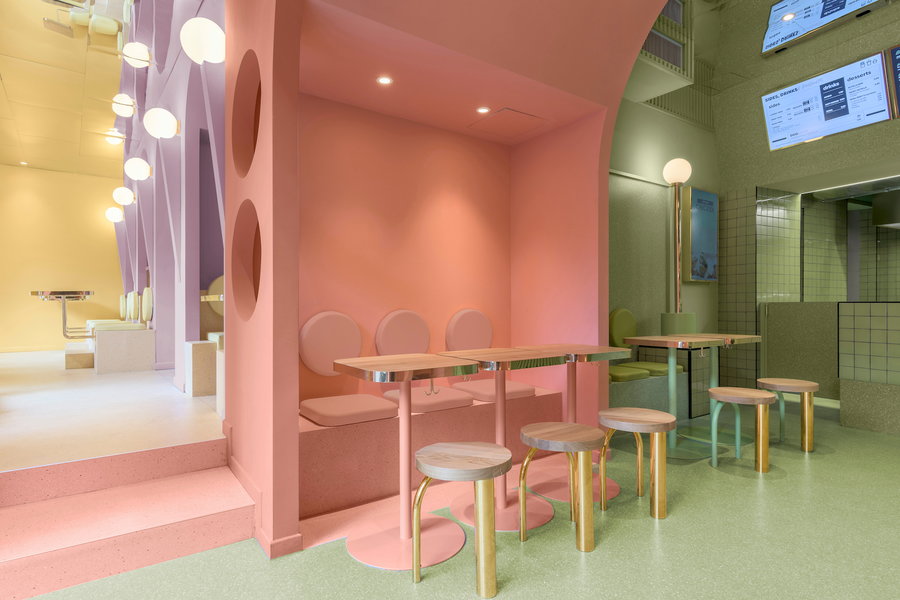 Terrazzo tiles shift in color across the floor, following the flow of the rooms, while playful portholes in the booths echo the globe lighting throughout the diner.

This is the second Bun burger location that Masquespacio has tricked out for the company. The artists created a swimming pool-esque feel for the first (Located on Milan’s Viale Bligny) through a mix of olive and lilac tiles. 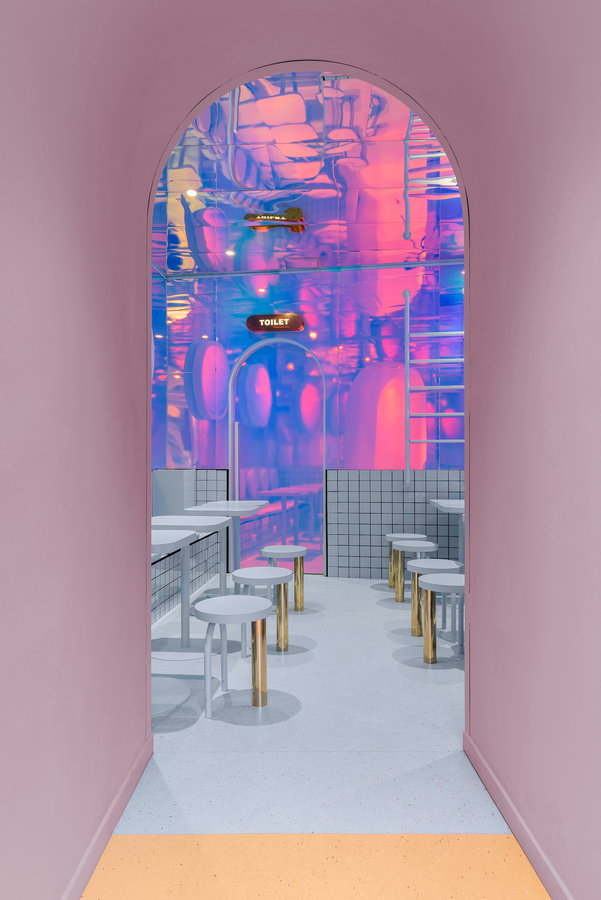 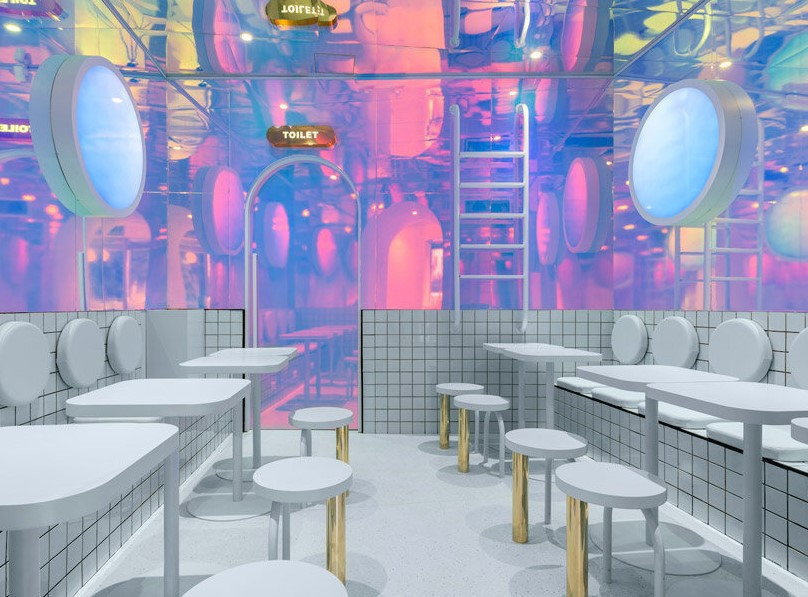 Masquespacio’s designers took the pool room idea one step further with this build though, creating an entire eating space encased in iridescent mirroring on the ceiling and top half of the walls, and gray subway tiles below. A pool ladder mounted on the wall completes the impression. “The outcome became a place to discover where a mirrored effect recreates the feeling of being surrounded by waves of water,” their website says.

Penasse adds that “while you can find an evolution of the swimming pool concept we used previously… here has a completely new approach for which we try to recreate the waves and blurry effect of being under the water.” 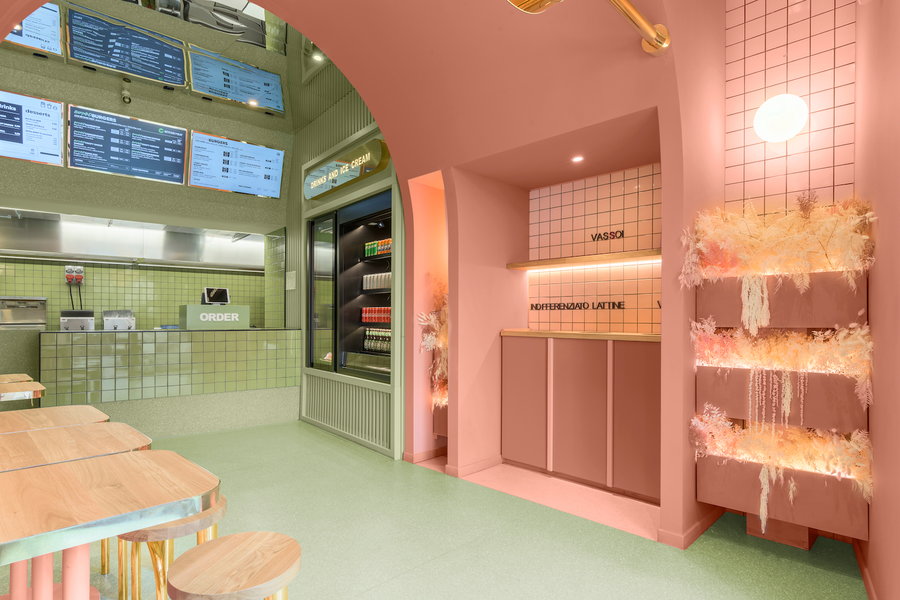 The restaurant’s serving bay is delineated from the rest of the restaurant by its green walls, counters, and floor. Mirrored tiles cover the ceiling here too, casting green above patrons as they choose their smashed-style burger of choice.

The collaboration between Bun burgers and the Valencia-based designers has been so successful that they’ve already announced plans for a third partnering for a branch in Turin. 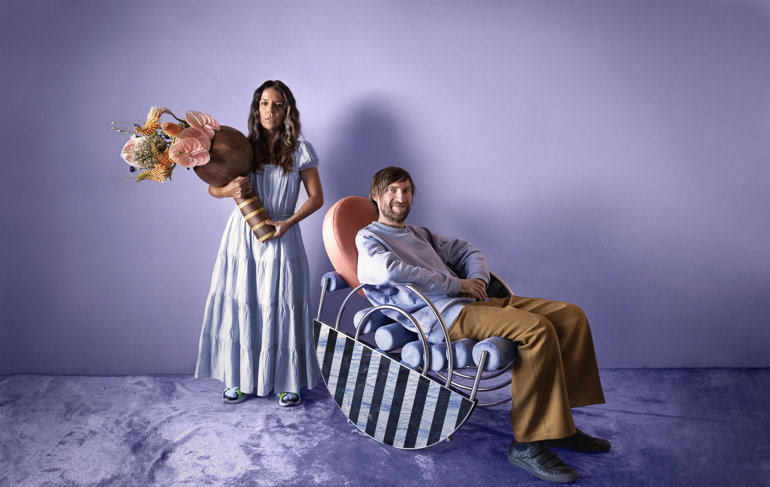 Masquespacio (Spanish for “More Than Space”) was founded by Hernández and Penasse over a decade ago and has since won numerous design awards for projects in locations around the world. Most recently, the company was named “Young Talent of The Year” in 2020 by Elle Decoration International Magazine and awarded “Interior Designers of The Year” in 2019 by the Spanish edition of The New York Times’ T Magazine. Their continued mission is to “draw a smile on your face and make you feel excited every time we present a new creation.”