The kitchen is the heart of most people’s homes. Families gather in it at the end of each day, people host dinner parties in it, and couples cook in it for fun on the weeknds. Still, it is often one of the last places to be thought of in terms of interior design. A custom-built kitchen almost always costs a fortune, and even middle-class families put off overhauling their kitchens until they feel they have enough money, time, and energy for it — meaning it usually never gets done at all. 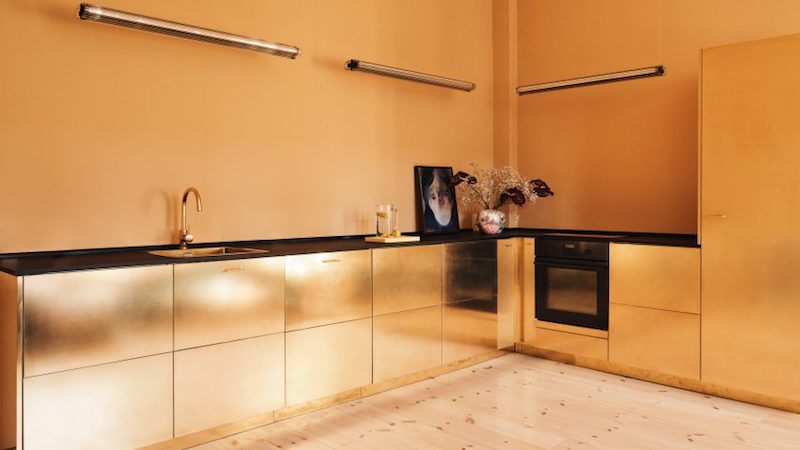 Lucky for us all, Danish design studio Reform has pioneeed a new concept in kitchen design that doesn’t break the bank. They work with internationally-renowned architects and designers to make kitchen cabinet fronts and countertops that are compatible with low-cost IKEA cabniets, giving everyone the power to create the kitchen of their dreams. Their most recent output sees a standard kitchen transformed with the use of golden doors, creating a warm space that glows like the heart of the home should. 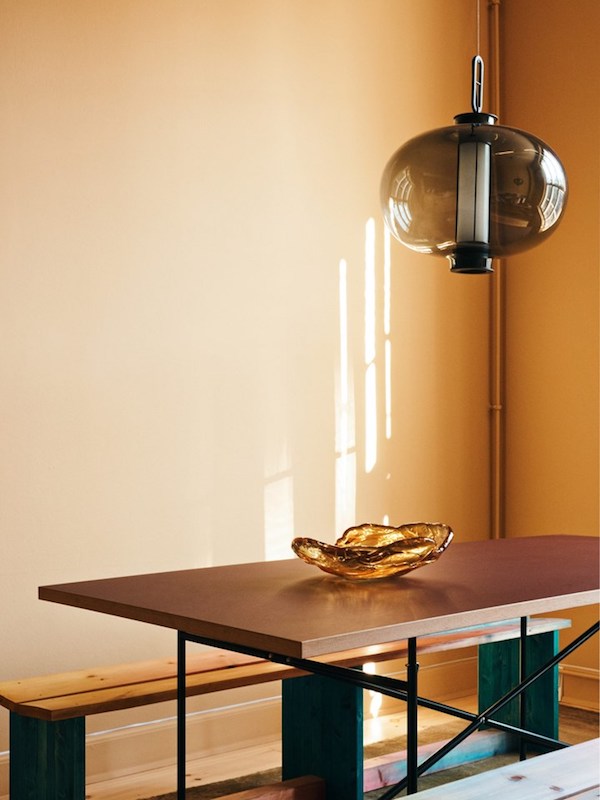 This new venture has been installed in Danish fashion designer Stine Goya’s new showroom and studio in Copenhagen. The kitchen was designed by Danish native Christina Meyer Bengtsson in collaboration with Reform for IKEA. Meyer Bengtsson has previously designed a few made-to-order kitchen units for Reform, but this time she took IKEA’s Metod kitchen system and gave it a new lease on life. Stine Goya had seen Meyer Bengtsson’s work for the firm and commissioned them both to create a kitchen decked out with custom cupboards that would complement her own fashion designs.

The final design is bold yet minimal, oozing golden hues to create exactly the inviting atmosphere that Goya envisioned for her new offices: a communal area where her staff could gather comfortably and informally. The golden cupboard doors and baseboards are set against simple black countertops and splashbacks, and the oven has also been finished in black to create a daring contrast within the kitchen. The sinks are all made from brass, and their faucets look almost sculptural because of it. 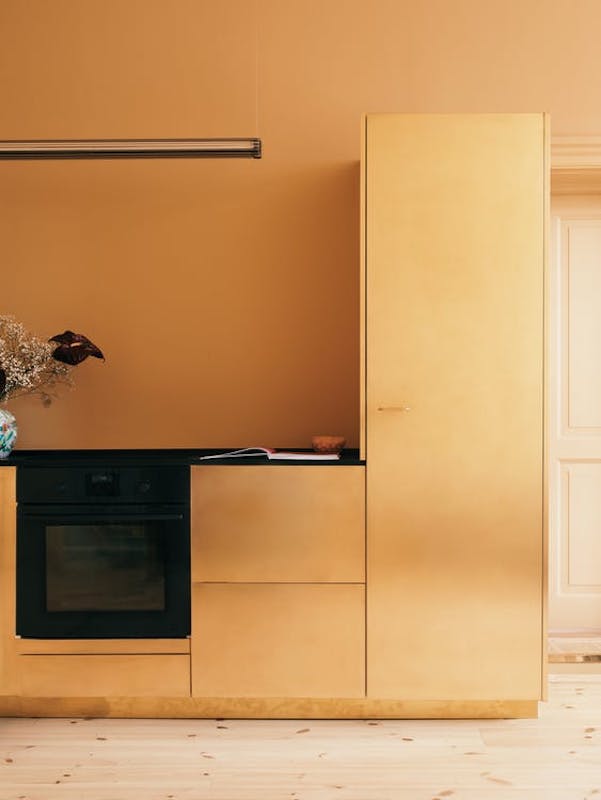 “Color is important to me, both in my work and surroundings, so we decided to transfer it to the kitchen, which is a room often overlooked in an office context,” says Goya. To complement the kitchen units, the walls have been painted a warm ochre yellow, with timber floorboards accentuating the golden glow of the entire space.

Goya has also lent touches of her own personality to the space, decorating it with artworks and vases from her personal collection. She notes: “One of my favorite decorative objects used for the kitchen is the glass plate, that I found at Salone del Mobile, a place I visit every year for inspiration. The artwork in the kitchen is all by friends of mine.” 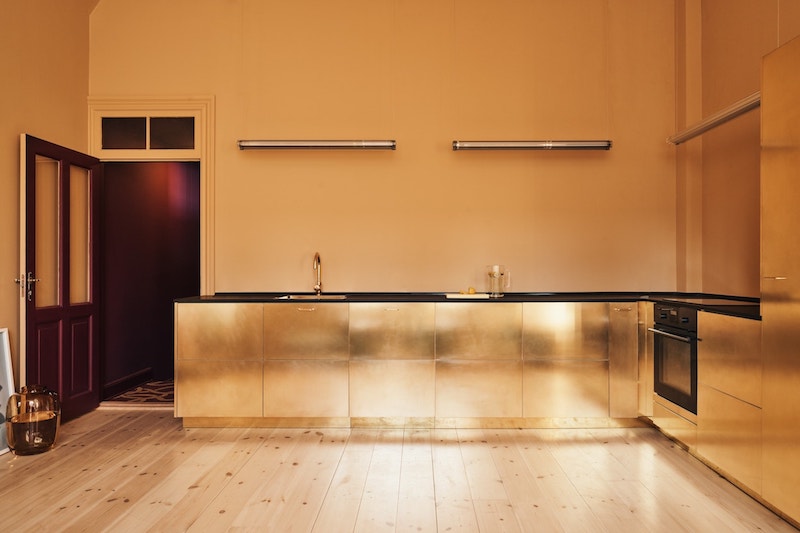 Reform summarizes the IKEA overhaul concept as follows: “Reform projects start with a basic ingredient — elements from the IKEA kitchen. Add our architect-designed fronts and countertops to create an aesthetic and a personal style that combines quality construction, function, and timeless design.”