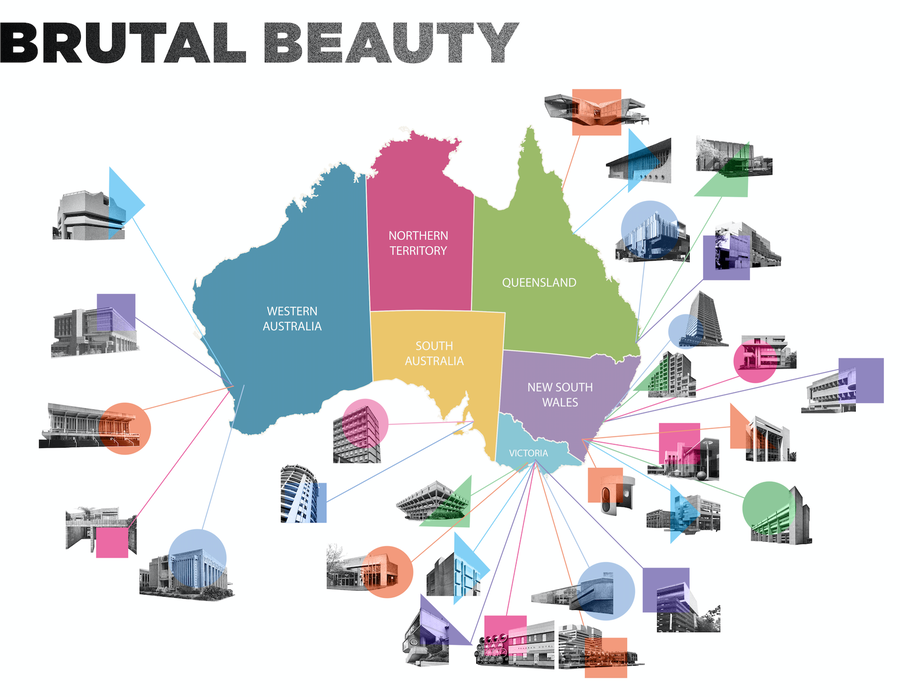 While it might not be the first thing that comes to mind when one hears the term “Brutalism,” this cold, concrete movement in the architecture world is something most people either love or hate. Yes, when it comes to Brutalism, what you see really is what you get, with structural workings being celebrated and accented rather than hidden away.

The movement first spread across Europe in the 1940s, and its international influence can be seen virtually everywhere today. And while many people are happy to see the blocky, rigid structures crumble and fade with age, dismissing them as nothing but a passing fad, others embrace the history of Brutalism, going so far as to restore and maintain its ice-cold charm. 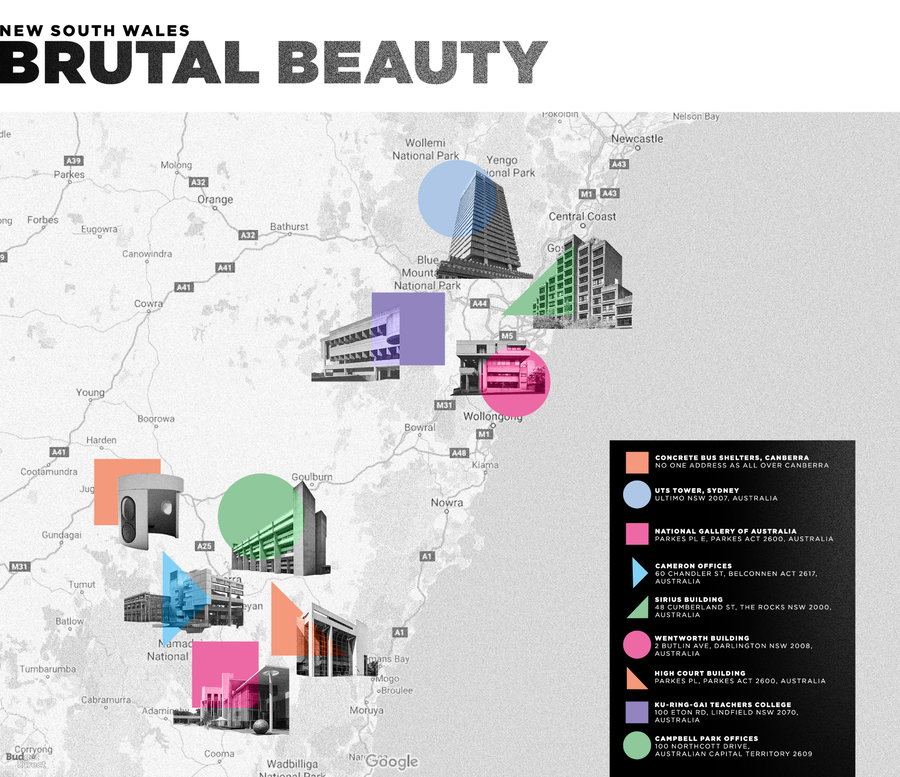 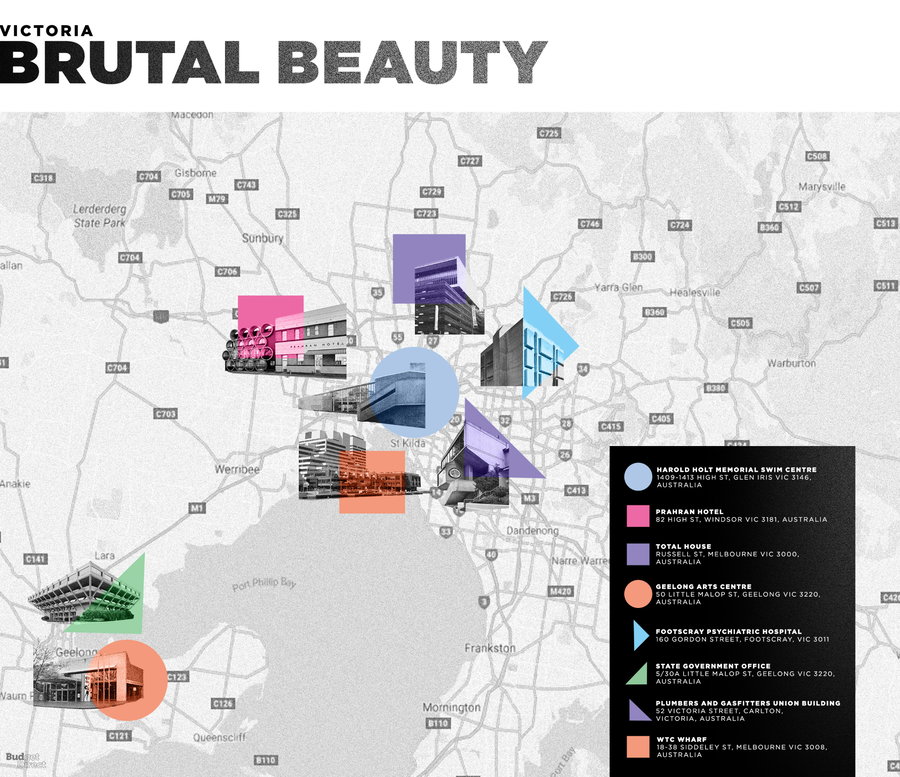 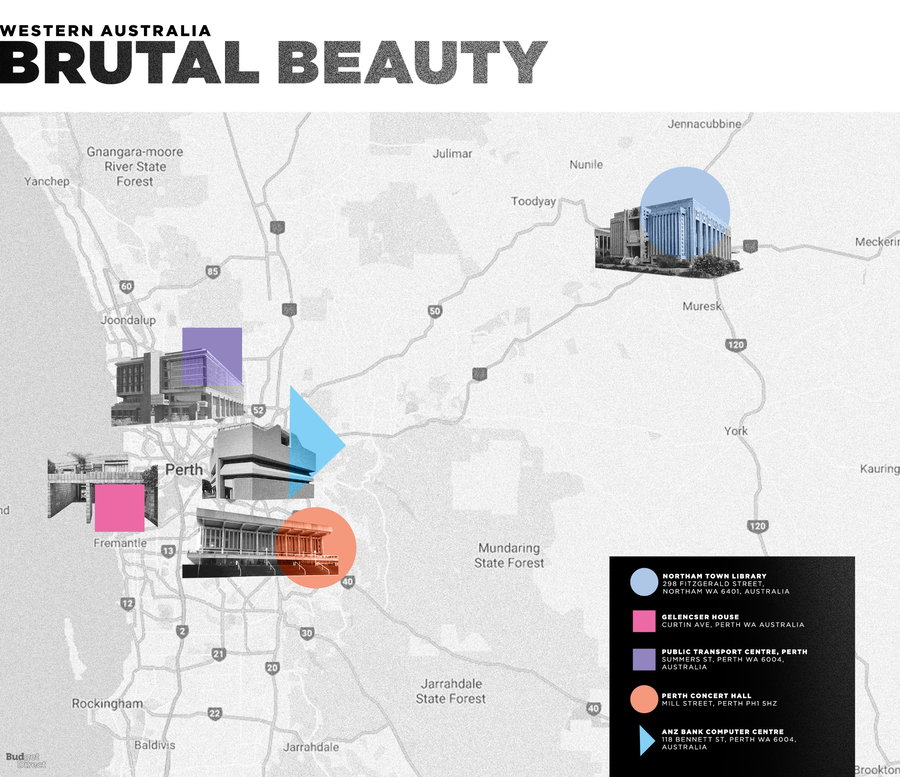 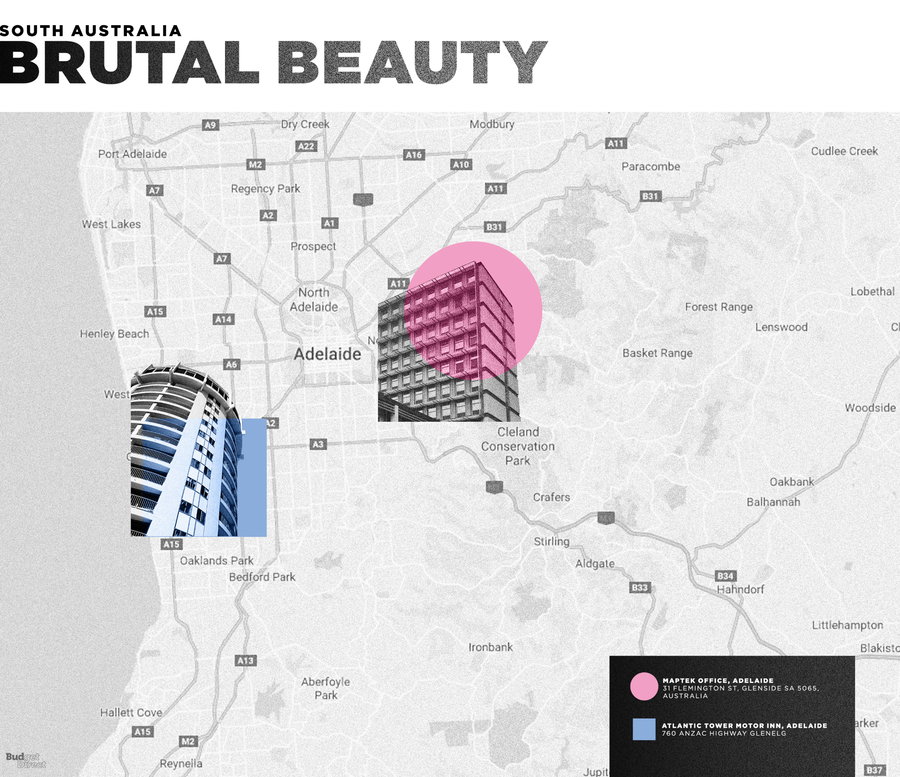 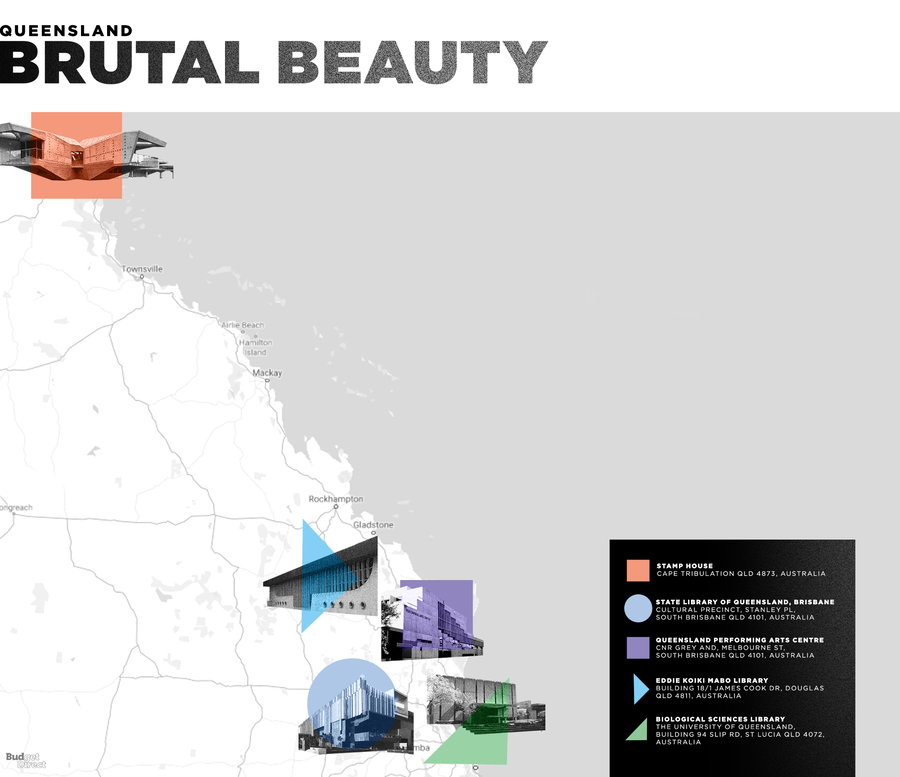 Australia’s Brutalist legacy is grouped in its cities around the coast, notably in Melbourne, Canberra, and Sydney, as well as in Adelaide, Perth, and Brisbane, with a few examples located as far north as Cairns. Rather than viewing these examples as ugly piles of concrete, Budget Direct Travel Insurance recently decided to honor 29 standing examples of Aussie Brutalism through a visually striking series of graphic posters. Notable examples include the Perth Concert Hall and the Queensland Performing Arts Centre. 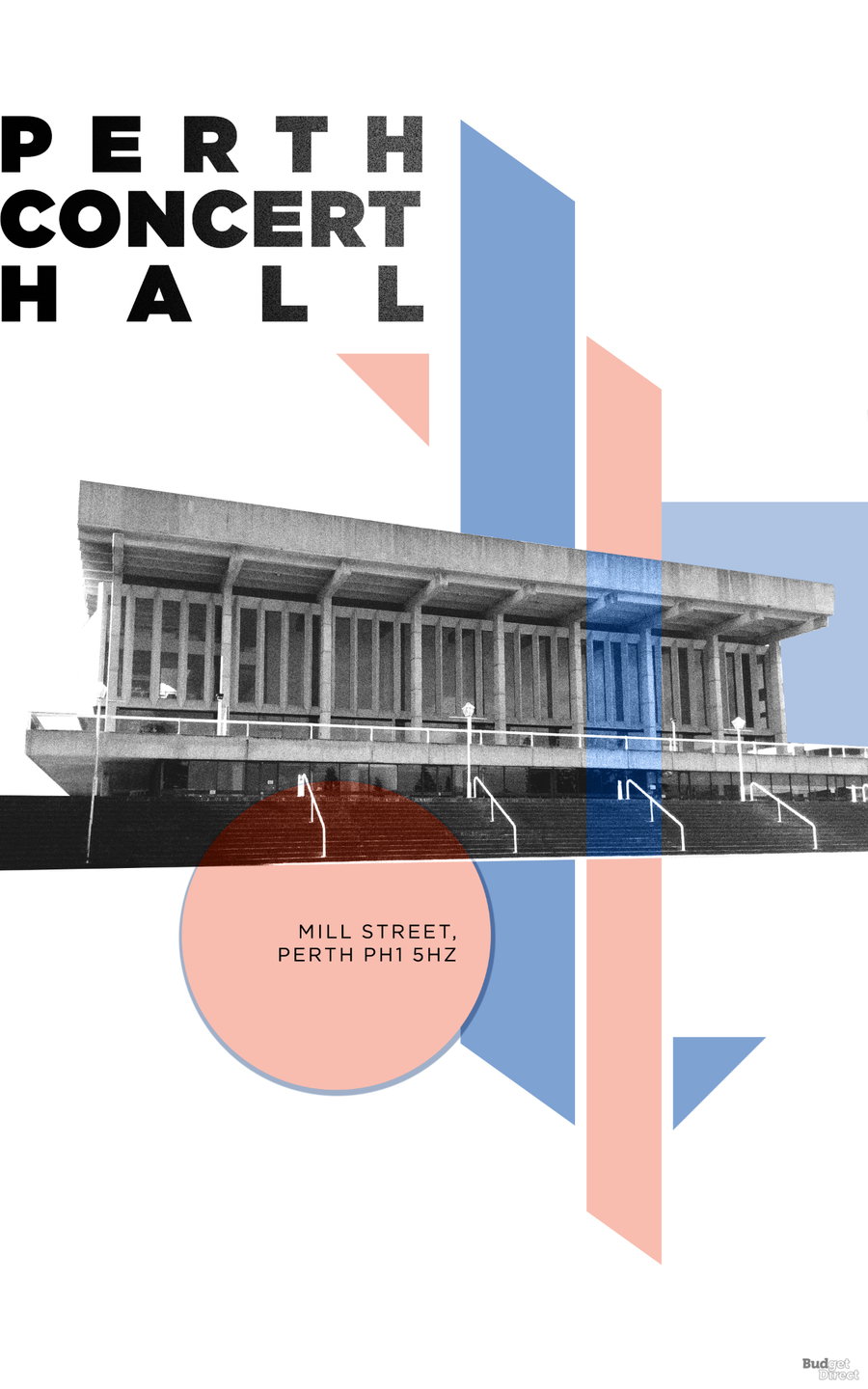 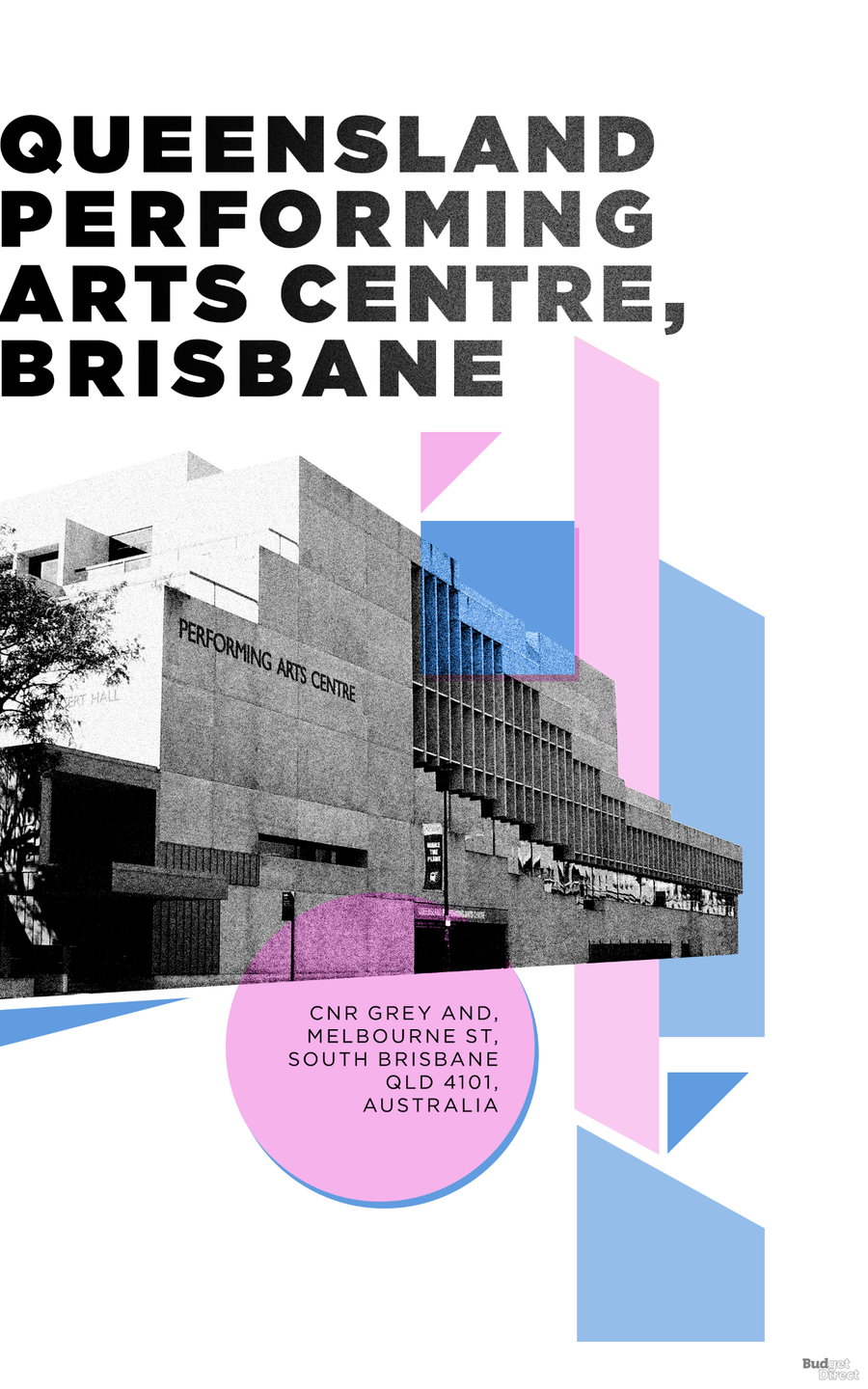 In putting their list together, the team outlined three criteria: the buildings/structures must be located in as many cities as possible, they must still be standing (thereby disqualifying the dozens of already demolished Brutalist buildings in the country), and they must have some kind of unique story or special background attached to them. The Harold Holt Memorial Swim Centre stands out as a particularly iconic example here — perhaps the most notable on the list from Melbourne. Its Brutalist elements are obvious in the concrete pedestrian ramps and semi-circular staircase, and both its pool and diving tower are on the Victorian Heritage list. Ironically enough, that pool just happens to be named after a prime minister who died by drowning. 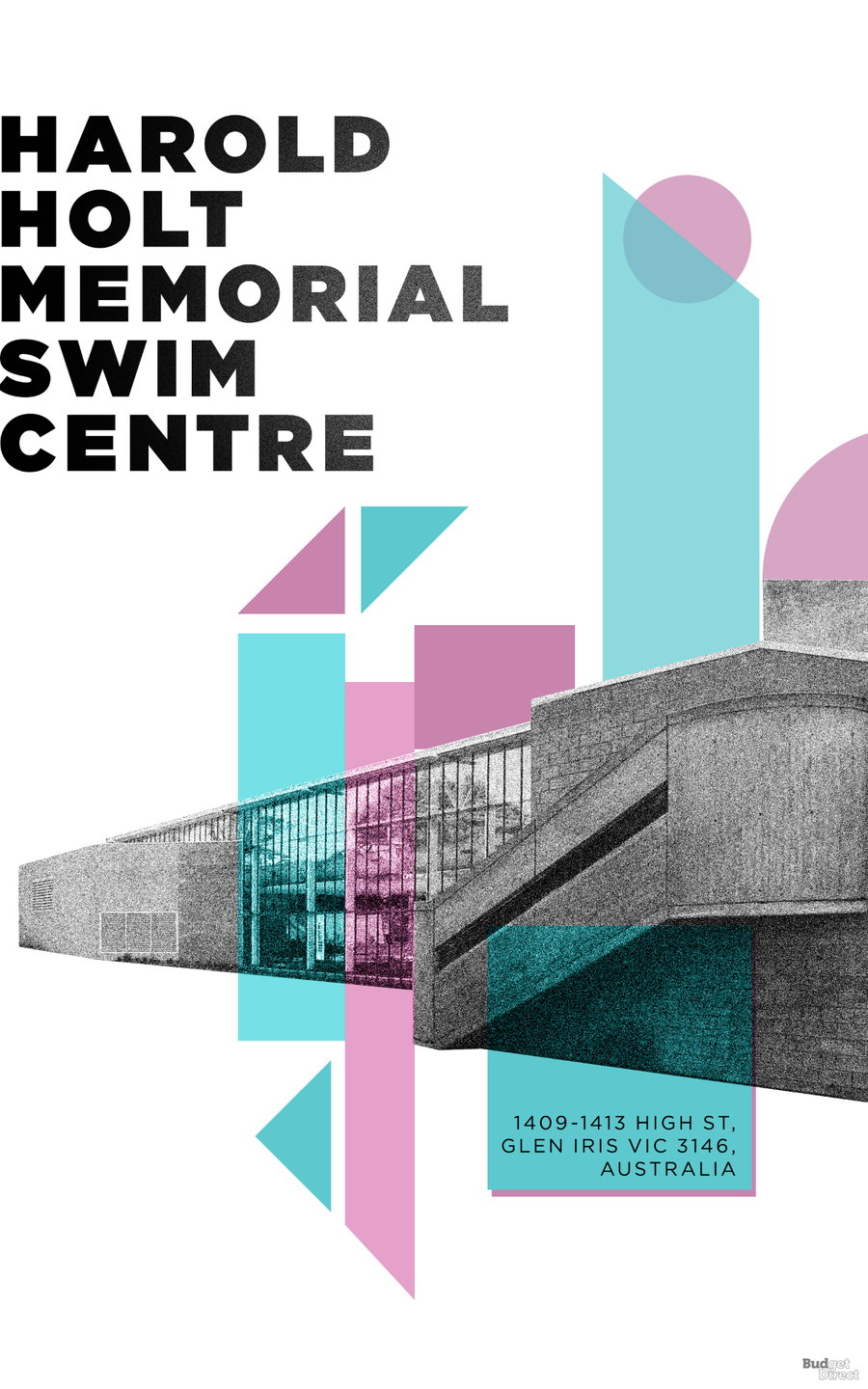 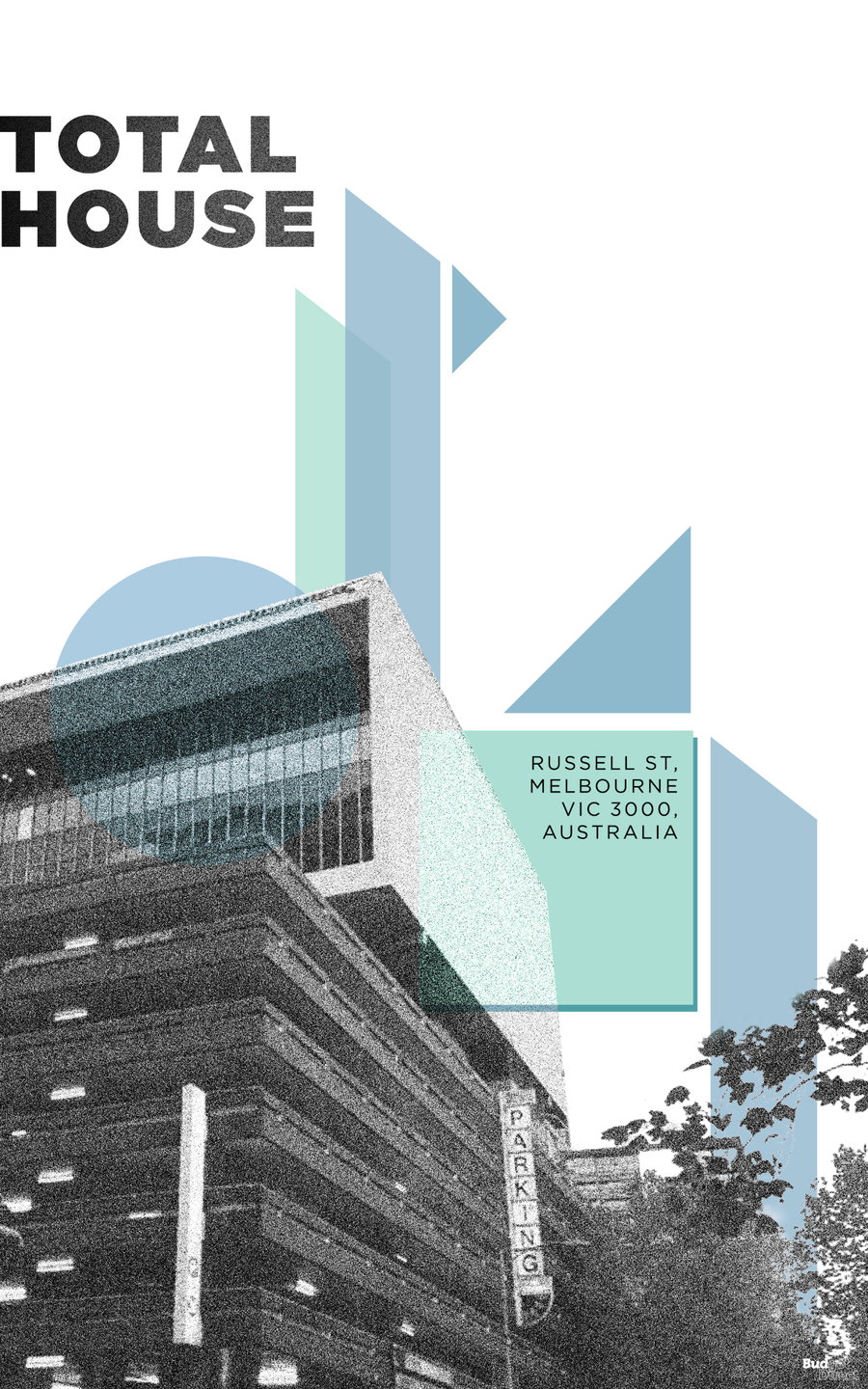 Also in Melbourne, the Total House boasts a classically Brutalist, immensely controversial design, with a parking garage that boasts open space above it (inefficient by most modern standards). On top of this unused gap sits a seemingly floating office building that makes a statement — though we’re not entirely sure how we feel about it yet. 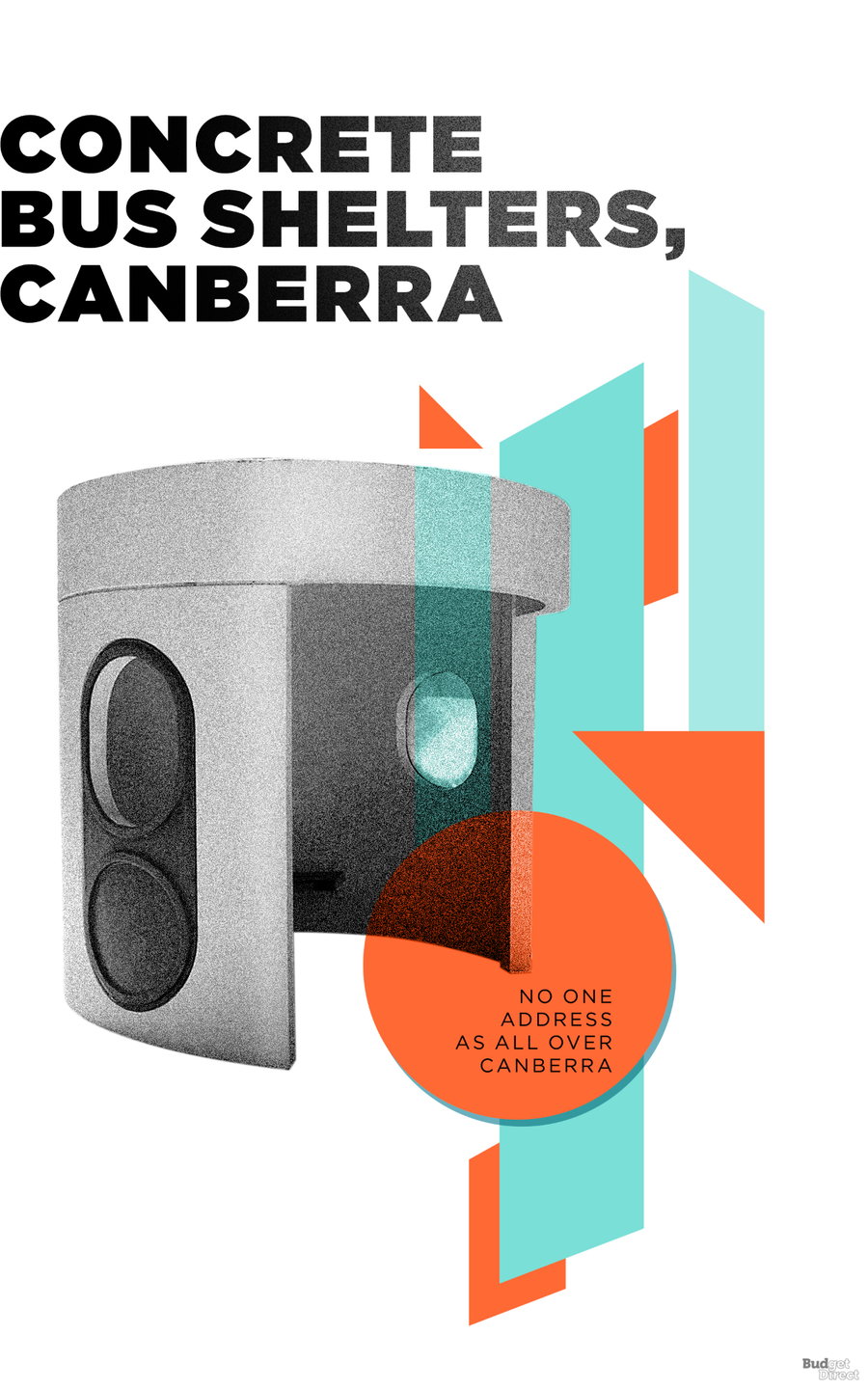 Not all examples on the list are even old enough to consider tearing down, such as the Canberra concrete bus shelters. Erected in the era spanning 1974 to 1992, the total 450 structures are nearly indestructible and offer protection for riders of public transit while they await their next bus. 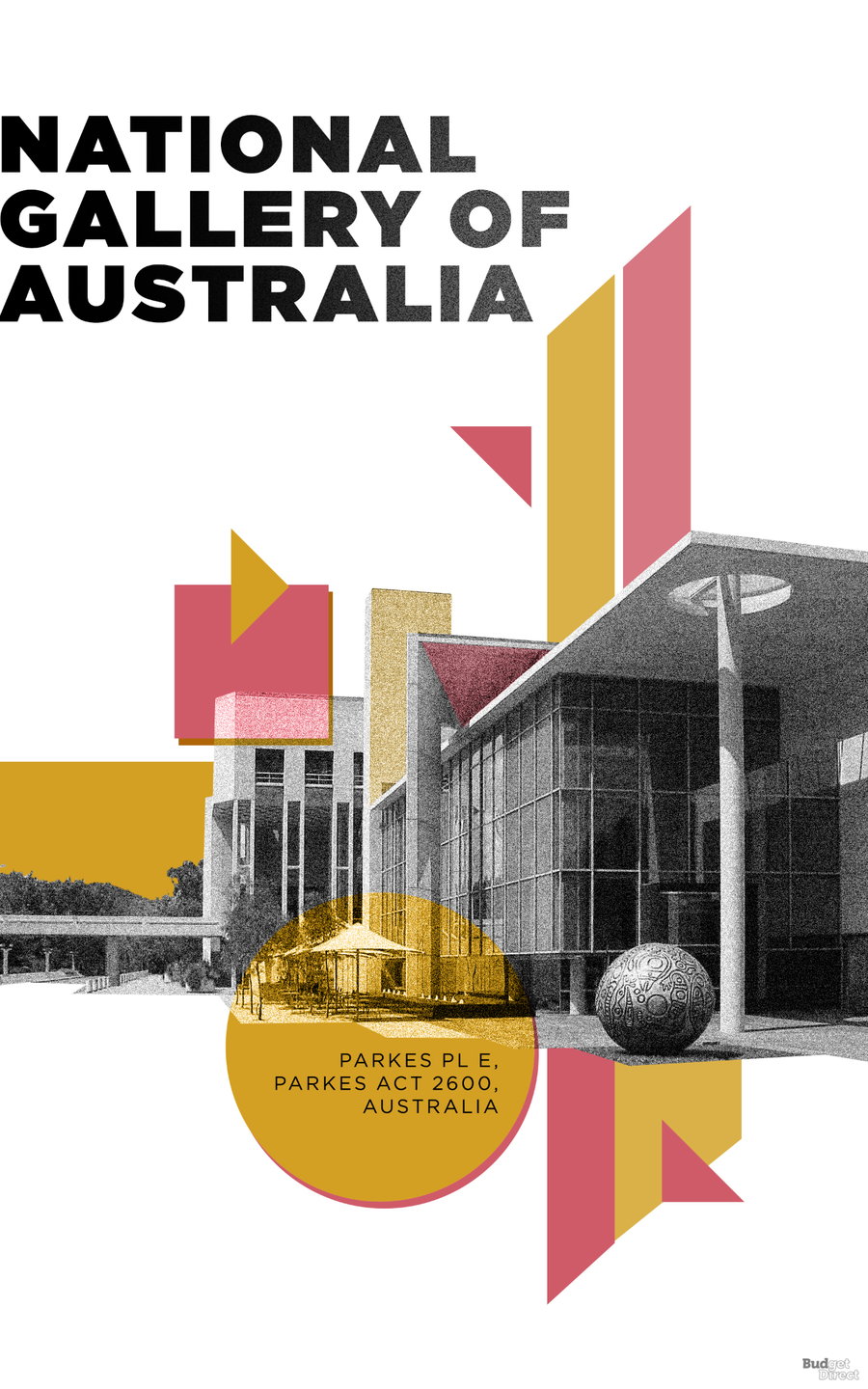 While not everyone views Brutalist architecture as art, anyone who’s visited National Gallery of Australia has at least appreciated it inside an existing example of the style. Architects Edwards Madigan Torzillo and Partners also designed another Brutalist example on the list, the High Court of Australia, spending a staggering 14 years in the planning and construction phase of that building. The result is over 20,000 square meters of nearly windowless space in which to display exhibitions. 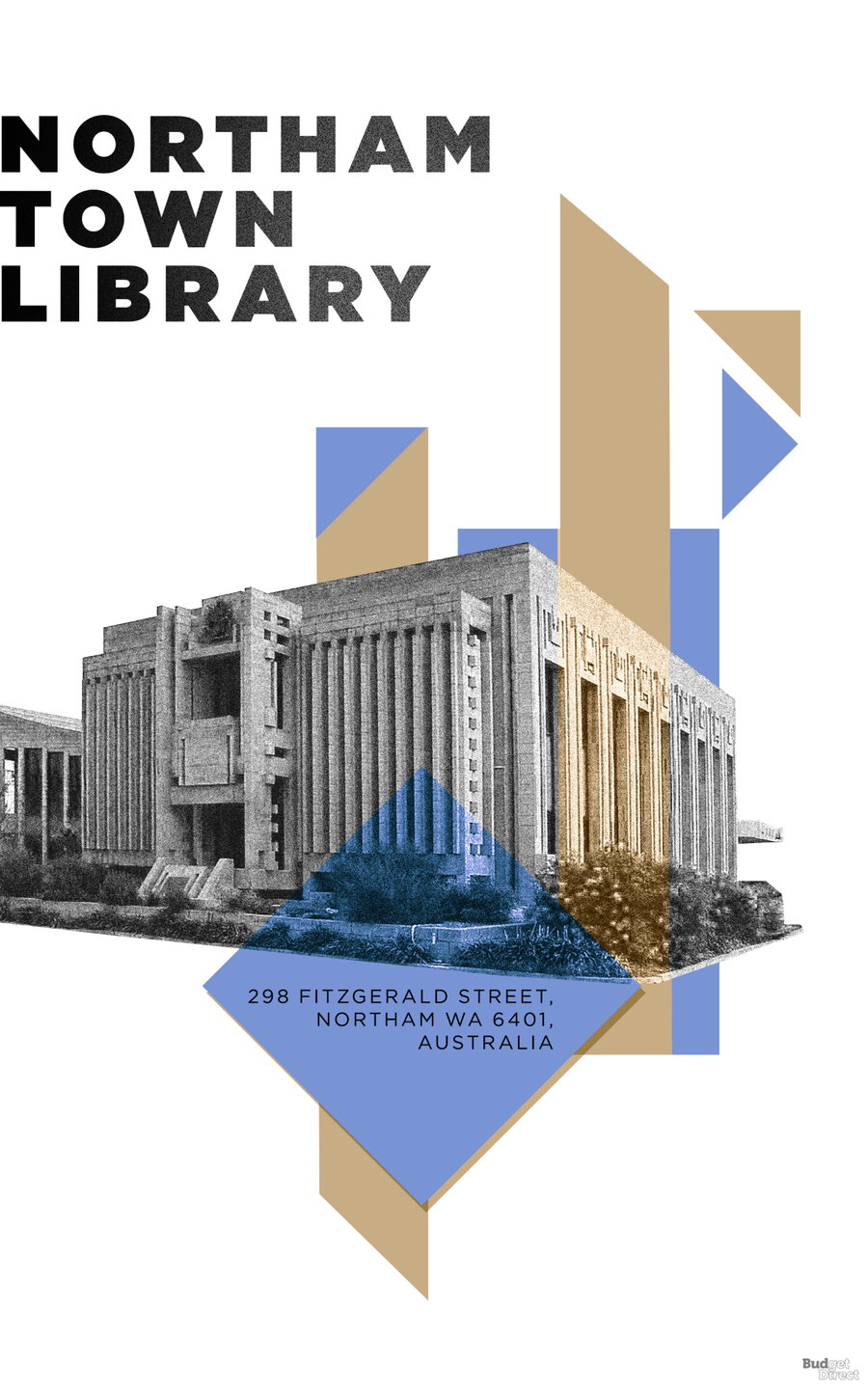 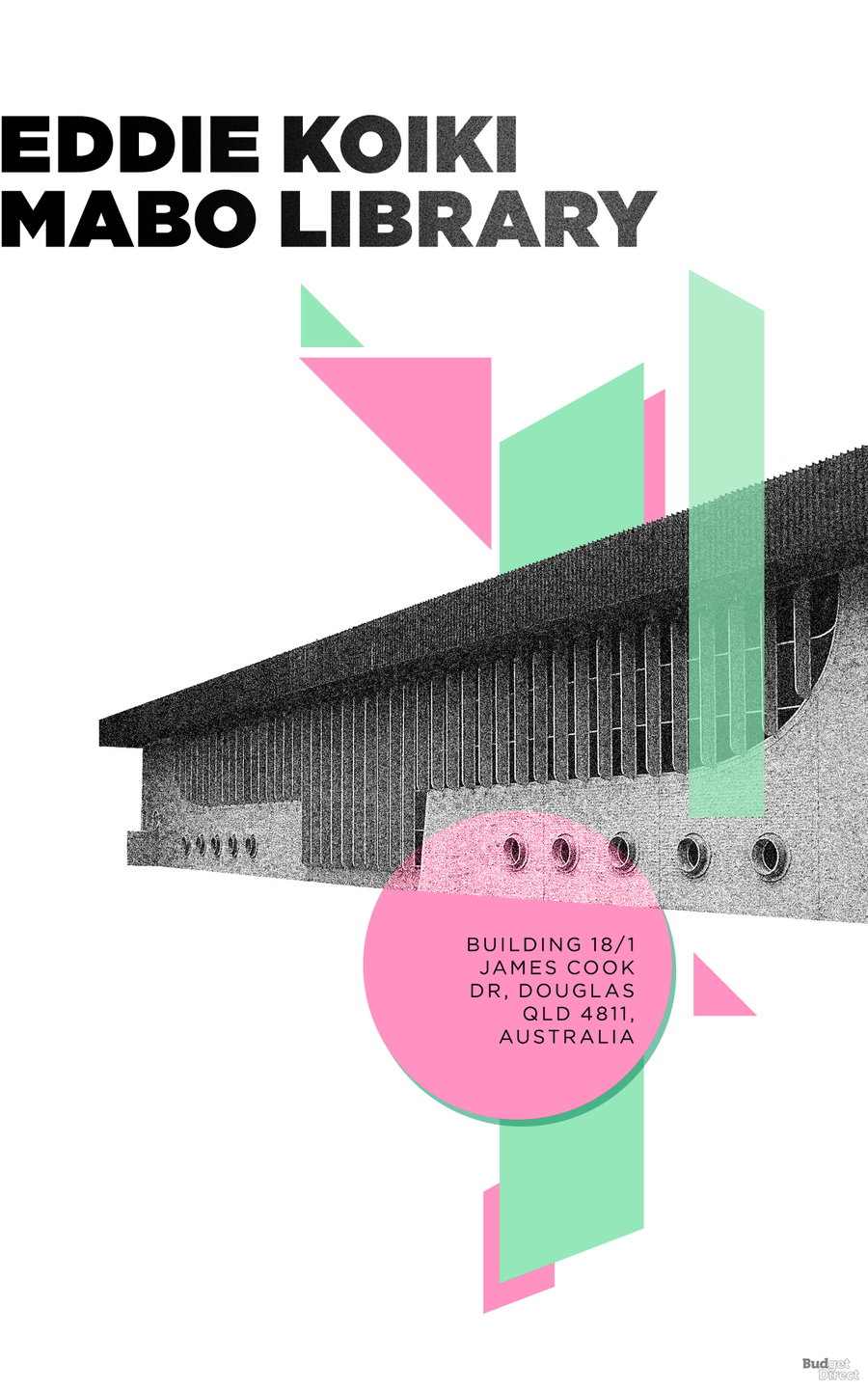 If you want to learn more about the Brutalist movement, you might head to the library, two of which also made the Brutal Beauty list. The Northam Town Library, located outside of Perth proper, is perhaps the best example of architect Iwan Iwanoff’s work, with intricate brickwork around the perimeter and open airy spaces inside. In contrast, the Eddie Koiki Mabo Library sits at the heart of Queensland’s James Cook University, a three-story eye catcher by architect James Birrell with an overhanging steel-framed copper roof and of course, a harsh concrete facade.