Brompton, the bicycle company who made folding bikes cool, has taken its signature product and given it an upgrade. Recently announcing the launch of the Brompton Electric, Brompton has created a bicycle for modern users who want to get around quickly without having to take the bus or drive their cars. Commuters like Brompton bikes for their mobility, while designers admire them for their somewhat iconic nature. Plus, the bikes are beloved among urban dwellers who want to to get around easily but are afraid of leaving their bike locked outside in the event that it gets stolen. Since its inception in 1976, the British company has defined a generation of cyclists who are looking to minimize their commute times, experience the world outside, and connect with the city in a way that isn’t possible when using public transportation. 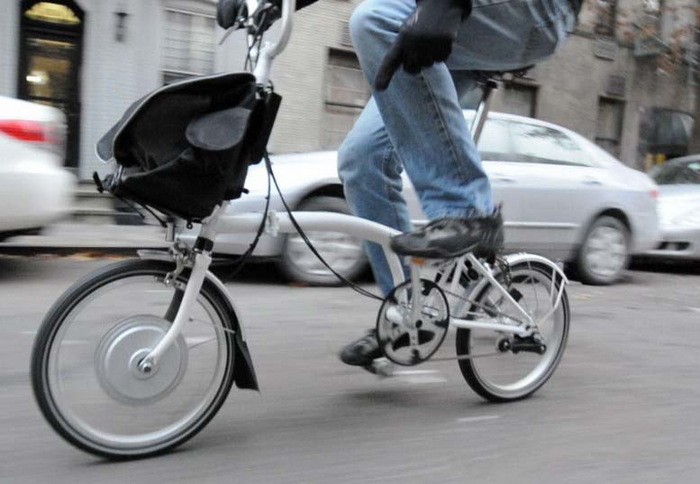 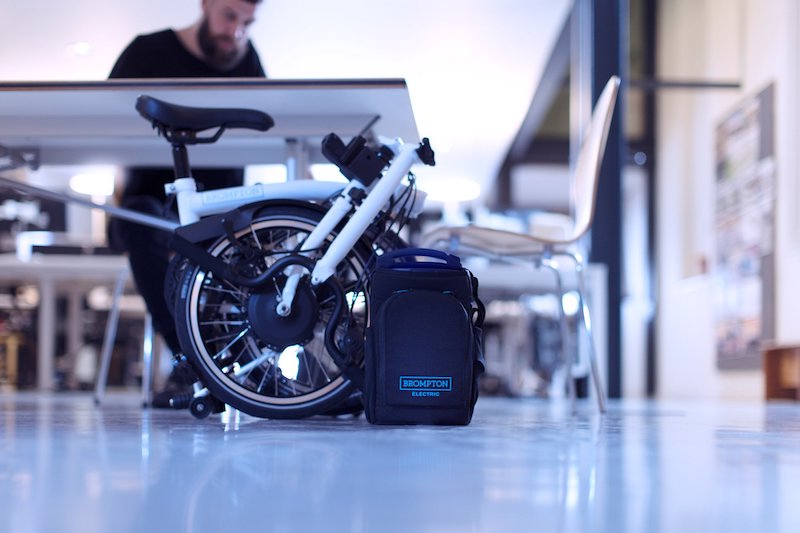 In many ways, the Brompton craze developed as an alternative to London’s famous “tube,” despite the fact that the bikes still allow users the flexibility of folding them up and taking them on the train or subway when bad weather hits (as often happens in the UK). Thanks to its newest folding electric bicycle model, Brompton can widen the appeal of its folding bikes, making it attractive to those who are interested in sustainable technology on top of getting around quicker. 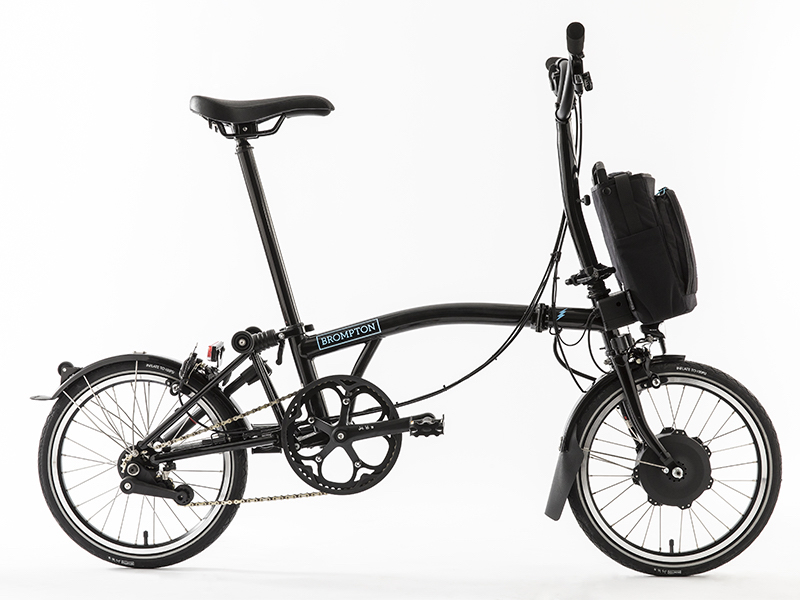 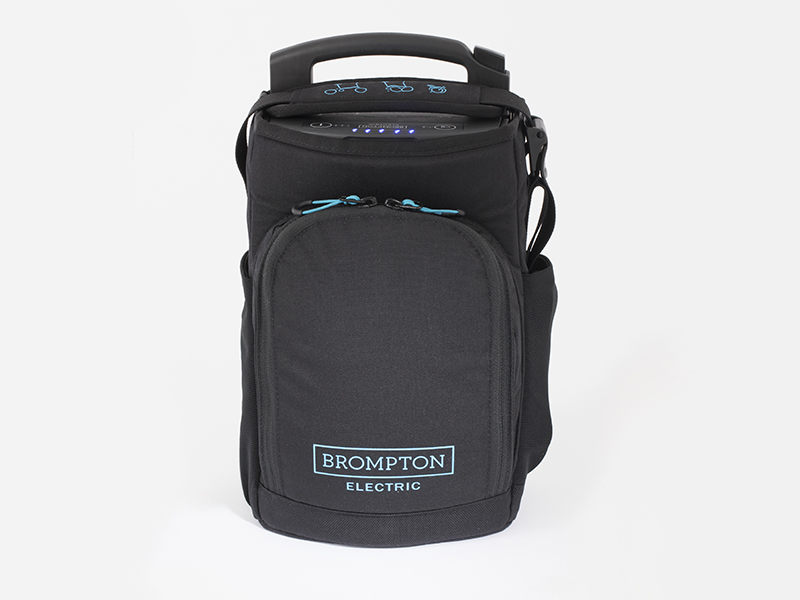 Brompton Electric has been equipped with all the things you’d expect from their standard folding bikes. Incorporating Formula One racing technology, the electric model has four different power settings, meaning you can use it however you want. The basic setting is not electrically-powered — in fact, it just makes the Electric run like regular Brompton bicycle. The other three settings provide increasingly higher levels of assistance. The highest level helps you out on tough hills, speeds you along if you are late for an engagement, and just allows you to experience the thrill of whizzing through the city at a faster speed. The bike is powered by a battery pack, which sits in a bag and can easily be clipped and unclipped from a carrier at its front end for hassle-free usage. The battery pack also boasts some other handy features, like a USB port that lets you charge your phone or other mobile devices on-the-go. The Brompton Electric folds up to the same size as one of the company’s standard bikes, and since the battery pack is housed in an attractive bag, you’ll be able to bring it with you to places other than your home, and no one will know that it’s your bike charger! 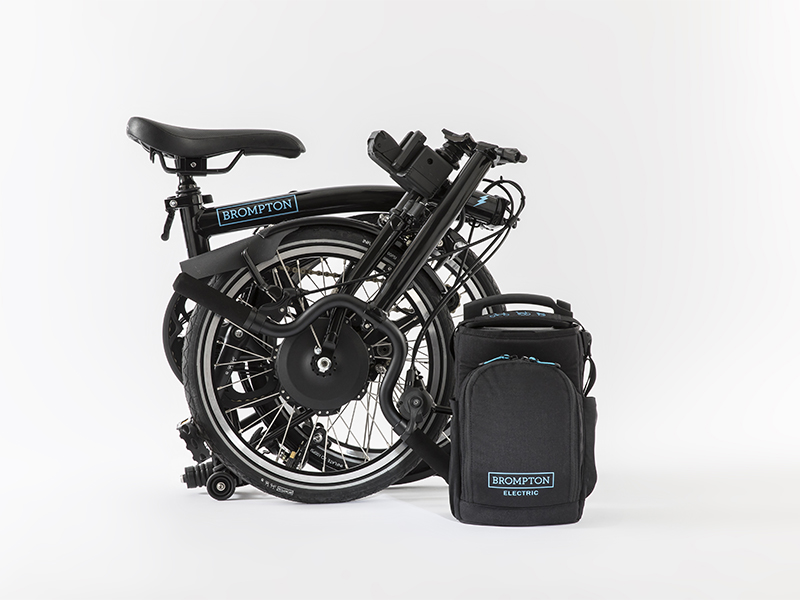 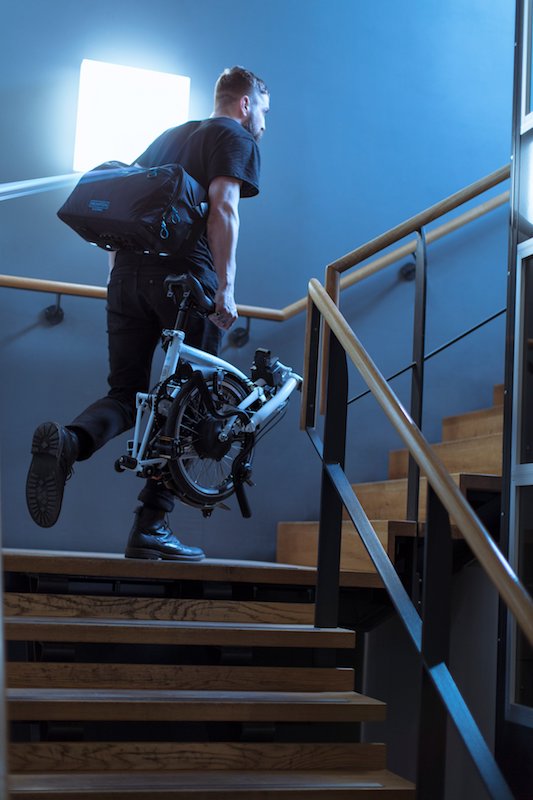 Continue reading below
Our Featured Videos
Brompton partnered with the Williams Group, which, among other things, is in charge of the Williams Martini Racing Formula One team, to engineer this motorized bike. Both parties said it was one of the most complicated and challenging projects they had ever undertaken, not just from a technological point of view, but also from ethical and psychological perspectives, especially considering that one of the leading concepts behind the Brompton Electric was to encourage more people to cycle.
CEO Will Butler-Adams says, “We’ve spent five years taking Williams Racing technology and integrating it into the Brompton. It has been harder than any of us imagined but we believe we have created a product that will inspire more people to get out from under the ground, out of their cars, and back onto a bike to rediscover their cities.” The electric model has only been launched in the UK so far, but the company hopes to launch it internationally as soon as it can.