Take a stroll down this lovely walkway in London, and you’ll be doing much more than just window shopping and getting a little exercise in. The small road, which stretches 107 feet through a patch of lush green grass, has officially been named the world’s first “smart street” for its ability to turn people’s footsteps into energy. Unveiled earlier this summer by tech company Pavegen, the smart street generates enough power to play the sounds of chirping birds through nearby speakers, light itself up at night, and transmit information to mobile apps. 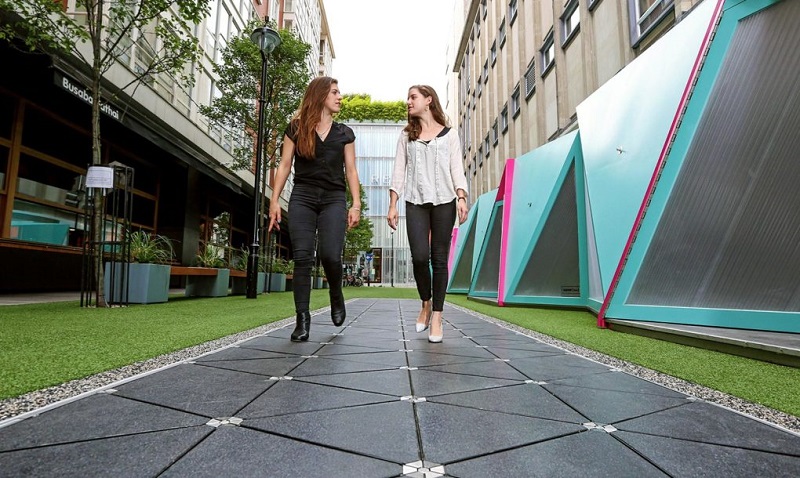 The low-energy Bluetooth transmitters embedded in the pathway provide walkers with data about how many steps they’ve taken and how much electricity they’ve produced. On average, an adult walking down the street will generate about five watts per footstep. With just 24 steps, a pedestrian can create 72 joules of energy — enough to power a standard lighting fixture for 14 seconds or a phone call for two whole minutes! 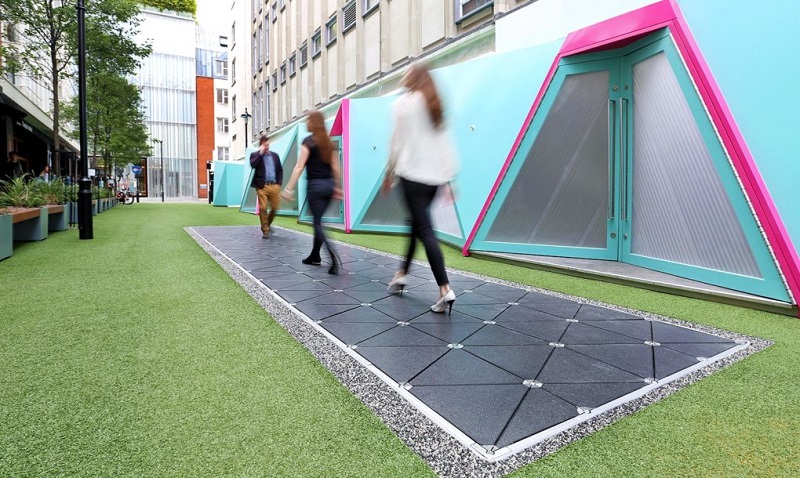 The more you walk along the pathway, the more discounts and vouchers you earn for the pop-up shops on the surrounding “Bird Street,” which runs adjacent to Oxford Street in London’s West End neighborhood. Bird Street also features a high-tech “clean air bench” that filters pollutants out of the atmosphere. 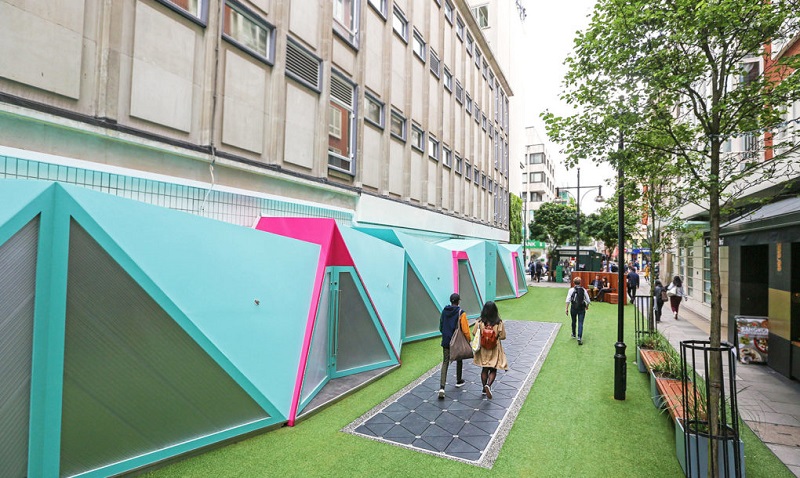 The transformation of a little-used street

Prior to being given a modern touch-up, Bird Street was a disused and dreary area. Now, it’s been transformed into a bright and cheerful destination where visitors can sit, relax, and shop while exposing themselves to a variety of sustainable technologies. Each pop-up shop is positioned in a row of temporary retail units, and all of them are painted a shade of robin’s egg blue. 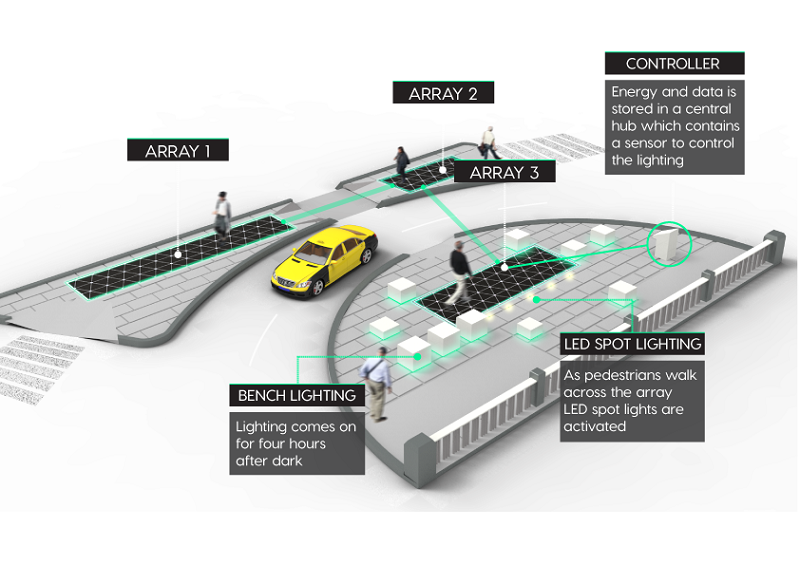 “The new Pavegen technology known as V3, is sleeker an far more efficient, generating over 200 times more power than the first model manufactured in 2009,” explain the walkway’s designers. “The new triangular design maximizes both energy output and data capture; whilst its high durability and simple deployability allow Pavegen to seamlessly integrate into any location, as an effective decentralized power solution.”

A smart test run in DC

Pavegen’s first large-scale outdoor path was installed in Washington D.C.’s Dupont Circle last November. Just a stone’s throw away from the White House, this 240-square-foot walkway is in the perfect place to show people exactly how much renewable energy is capable of. Each day, approximately 10,000 people pass over it, illuminating nearby benches and providing LED spotlighting for pedestrians. 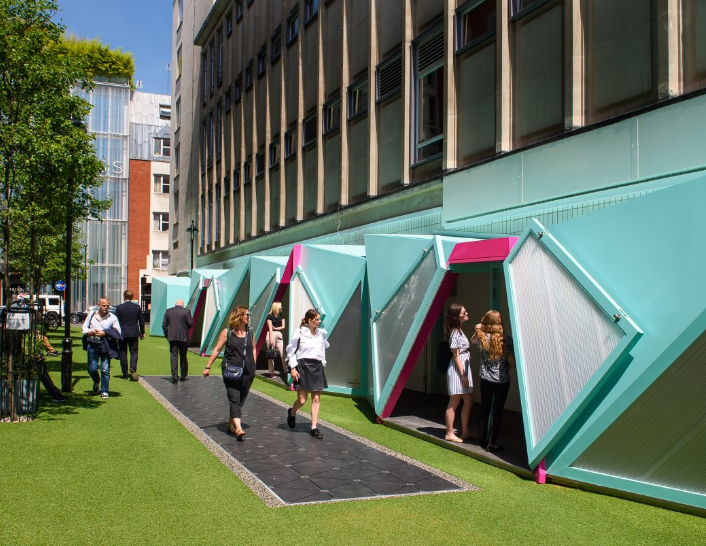 Looking to the future of smart tech

Other installations have helped the company gather valuable data about commuters’ walking patterns while raising awareness of alternative energy solutions in cities all around the world. Of course, Pavegen’s goal isn’t to replace other clean technologies like solar and wind, but to provide a supplemental source of off-grid energy that gets people excited about the prospect of a greener future. They also hope to encourage more physical interaction with our urban environments.

“Being able to demonstrate how our technology can bring to life the retail shopping experience is a vital step for us. As retailers compete with online, technologies like ours make being in the busy high street more exciting and rewarding for people and brands alike.”