Renowned for its creative spirit, the city of Austin, Texas just got a stunning new public art installation that people can’t stop photographing. Tau Ceti is a rainbow mural stretching over 100 feet up the walls of a ten-story downtown building, and it’s officially Austin’s tallest work of art. 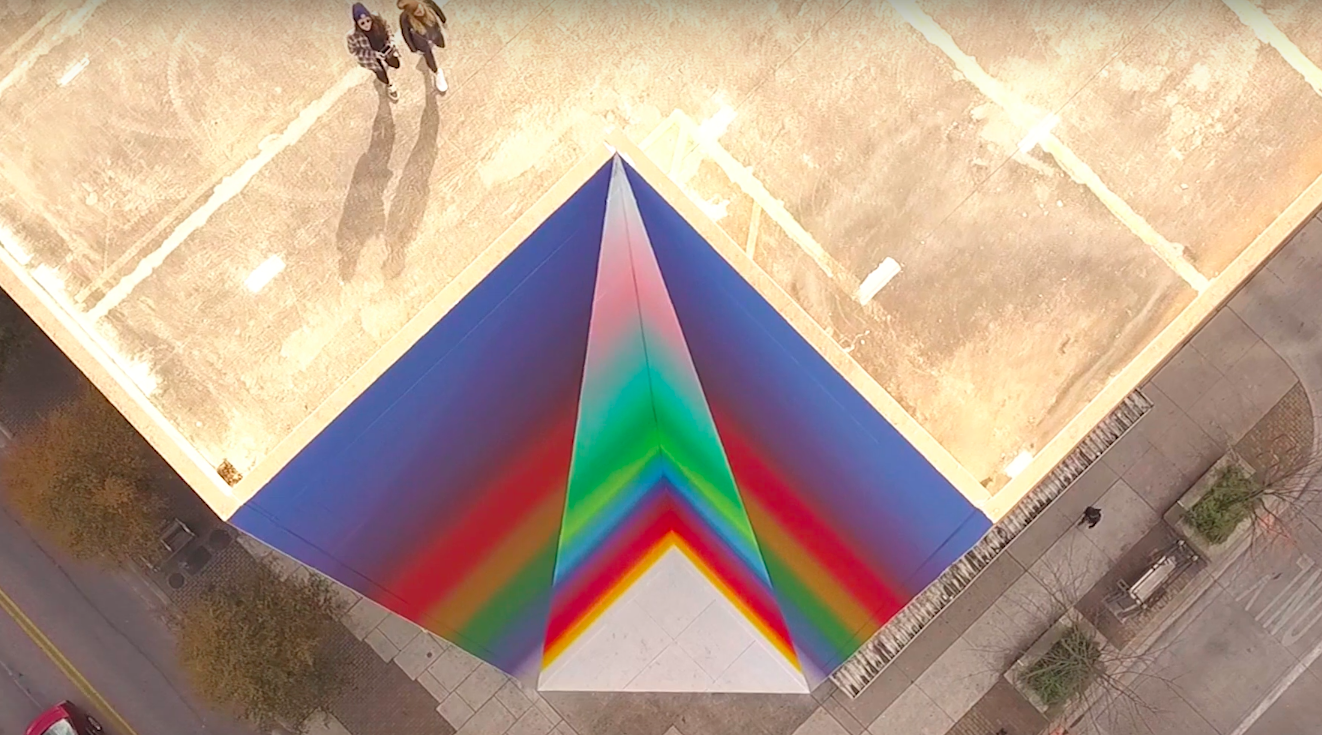 Continue reading below
Our Featured Videos
The Capital Improvement Project commissioned Josef Kristofoletti to brighten up the corner of the parking garage that serves the Austin Convention Center on the corner of 2nd and Brazos streets. Painted by hand, the Tau Ceti rainbow mural took about five weeks to complete. It was finished in November 2018 and officially dedicated by the city’s Art in Public Places program on March 13th, 2019.

The Transylvania-born, Austin-based artist says he named the mural “Tau Ceti” for a star in the constellation Cetus, which shares a similar infrared spectrum to our solar system’s own sun. The color patterns were designed to reflect the light coming off adjacent walls to create a luminous effect that shifts in intensity all throughout the day. In bright sunlight, halos of light appear, but it’s the cloudier weather that reveals the mural’s vivid gradients of color to the fullest effect.

It’s also meant to signify unity and diversity, Kristofoletti explains. He sees it as a relevant symbol for downtown Austin, a notoriously unique and artistic city.

“I love watching the sunlight as it’s reflected off of windows onto other buildings, [so] I wondered how it would look if that moving light was refracted into a spectrum. When I came up with the idea for this piece I noticed that in the summer afternoon the reflected light covers this inverted corner of the building at 2nd and Brazos, so as the sun appears higher in the sky over the spring, it will become an experience to see it during the right time of the day. I can’t wait to see how it will look. There is a glimpse of this effect you can see in the morning but it lasts just a few minutes,” the artist told Do512, a website highlighting fun things to do in Austin. 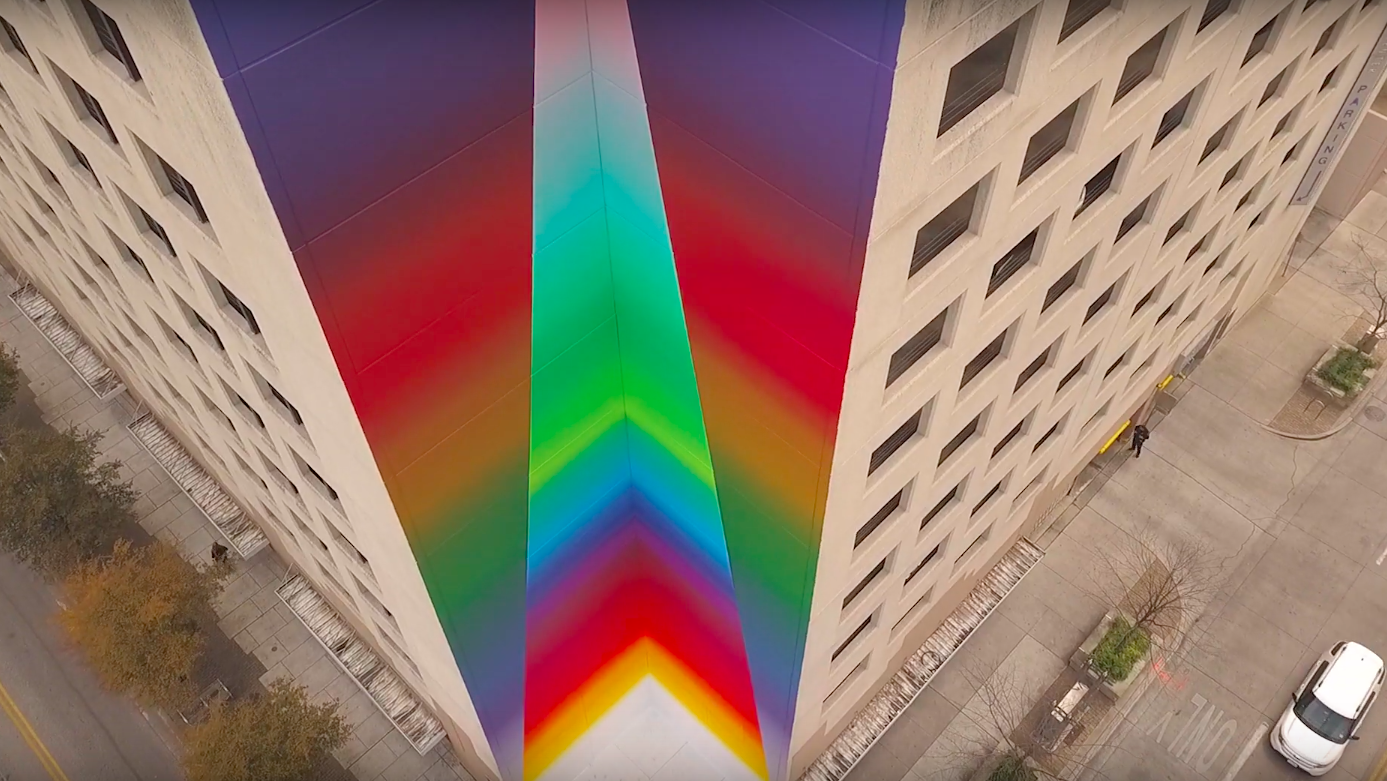 As you might imagine, this instantly iconic new landmark is supremely Instagrammable. It’s cool to see all the different angles visitors manage to capture because of that, some using drones, matching their outfits to the mural, or even taking 360-degree shots. If you ever feel like browsing through the Tau Ceti selfie catalog, be sure to check out the hashtags #tauceti, #austinmurals, and #ATXmurals.

A former artist in residence at CERN, the European Organization for Nuclear Research, Josef Kristofoletti is known for murals “that address ideas about nature, technology, space, and architecture.” He takes inspiration from influences as diverse as prehistoric caves, Renaissance paintings, and the intersection of art and architecture. While at CERN, he painted a four-story mural on two of the exterior walls of the organization’s headquarters depicting a full-color diagram of its massive particle detector. He says he had to complete extensive nuclear hazard management training just to get permission to paint at the facility. He moved to Austin in 2010 and has since painted a number of notable murals throughout the city.