Solar power has easily proven its usefulness in providing energy for homes and businesses, with things like portable phone chargers, cooktops, and pathway lighting powered by the sun already close to becoming the norm. Unfortunately, the technology has yet to effectively translate to the transportation industry, although many companies are currently hard at work in the research and development phase for solar cars, public transit, and even commercial transport. Now, at least one company is toying with the idea of a solar-powered recreational vehicle (RV). 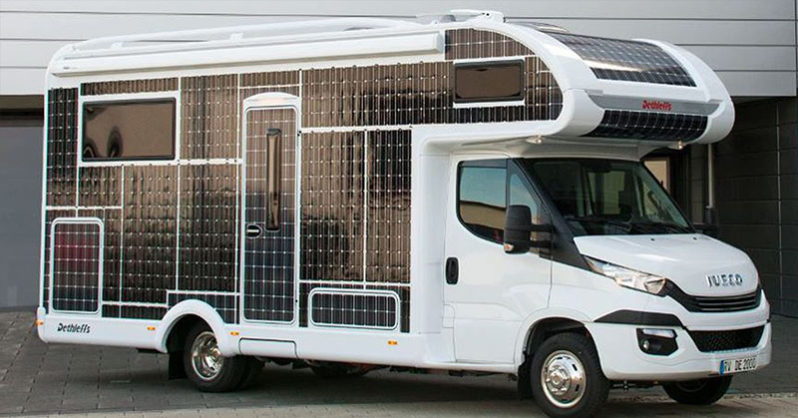 German company Dethleffs came up with the concept vehicle back in 2017, though they still have yet to outline plans for production. Still, early renderings encourage an interesting vision of a future filled with solar-powered RVs traveling highways and parked at campgrounds.

The e.home Solar Motorhome concept is a true beauty. It’s an electric vehicle in its most basic form, though the design also calls for it to be completely wrapped in thin-film solar cells that can be used to top-up the van’s batteries while stationary or traveling down the road.

The motorhome’s cabin is built onto the base frame of an existing Iveco Daily Electric van. It offers a battery pack that can last between 100 and 175 miles on a single charge, depending on the load it’s carrying. The mock-up also includes infrared heating elements in the floor and furniture to keep the space comfortable, as well as latent heat accumulator plates that capture excess heat during the day and allow it to be used after the sun goes down. In addition to a film-wrapped exterior, foil technology is used in the RV’s windows and lighting to reflect heat and provide privacy. All of the major systems including heating, lighting, electrical, and central locking can be controlled via a central smart hub. 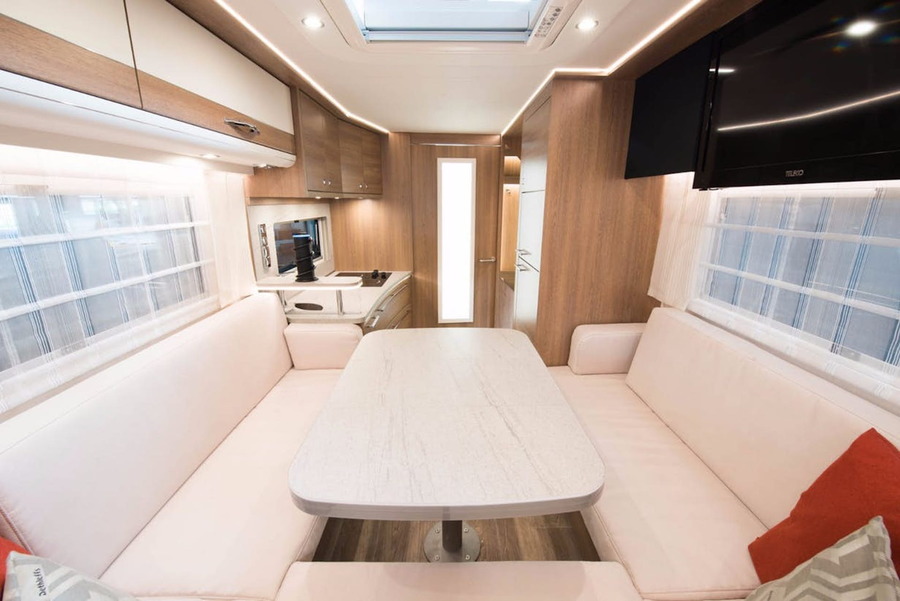 Providing power and sustainable features doesn’t mean forfeiting luxury features, of course. This concept vehicle is loaded with all the comforts of home including all-electric appliances, multiple sleeping areas, a kitchen, and a bathroom.

Anyone who currently owns an RV can attest to the fact that they’re really lacking in the way of fuel efficiency, averaging around 10 miles per gallon. And that’s just optimistically speaking if the rig is empty. Load it down or climb a hill, and you can expect a big drop to about four mpg. In addition to the monetary savings of having a big rig without a gas tank, the environment would benefit from the reduction in exhaust fumes.

Of course, there are a host of potential issues with the technology, too. For example, only half the solar film will receive a charge at any given time, begging the question about how efficient it will actually be and what output it can provide. How to charge it, where to charge it, funding the installation of charging stations or charging strips built-in to the road, waste of the solar components, and limitations on the distance traveled are other considerations that will benefit from further R and D. In the end, the company hopes that other businesses will run with the idea to help forge deeper into the electric and solar markets. 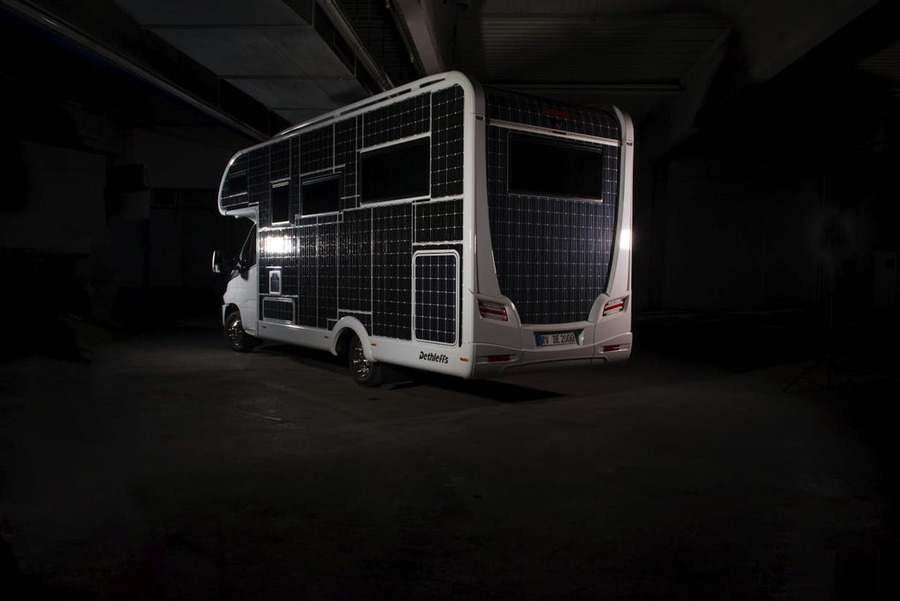 “There are also a number of new technologies which will change the comfort, quality of life, plus the safety of future generations of motorhomes. Through this evolving process, systems will be further developed — and we expect rapid progress over the coming years for our e.home concept,” says Alexander Leopold, Dethleffs Managing Director.