When Porsche’s Taycan EV sedan is released in 2020, it will be far from the only shiny new automotive product on the market. To differentiate itself from other manufacturers, the company plans to build charging stations that can power car batteries for 250 miles in just 15 minutes. At almost 500 Porsche dealerships in the U.S. and Canada, these stations will be made up of separate parts: a normal looking customer interface and a couple 150 to 350-kilowatt batteries stationed a couple of hundred feet away. By establishing their own network of charging facilities, Porsche believes that they will be making life simpler and cheaper for EV drivers, taking some pressure off of the North American electrical grid, and putting themselves on a level where other manufacturers just aren’t competing — for now, at least. 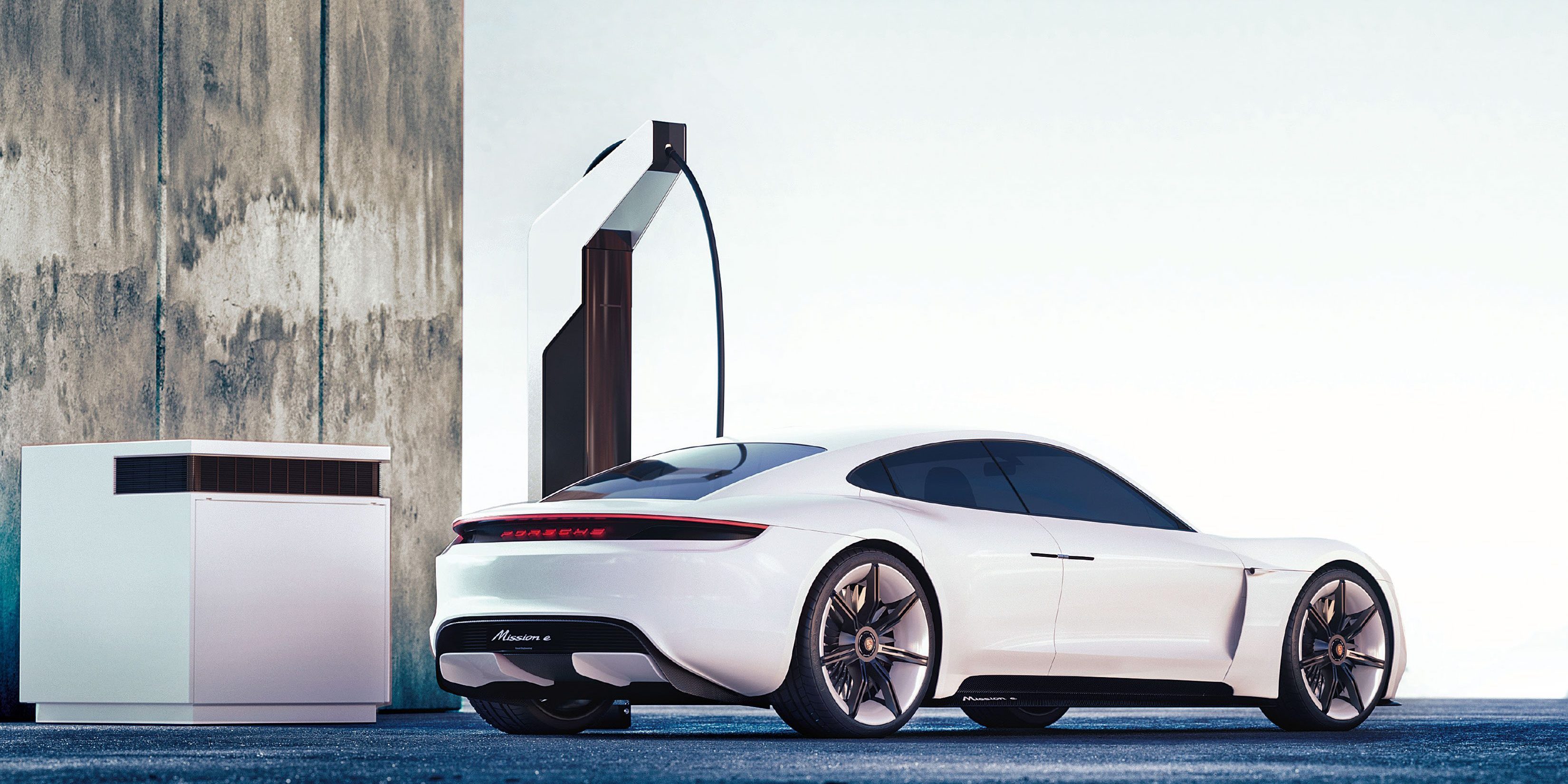 In an article from August of 2018, Michael Kiefer, the Director of High-Voltage Systems at Porsche Engineering, explained the benefits of having the charging stations at dealerships: “Someone who wants to drive from Munich to Hamburg in an electric vehicle today needs multiple cards with which they have to authenticate themselves at the charging stations. Porsche eliminates this authentication rigmarole for customers by establishing contracts with all of the charging station operators, so the customer only needs one charging card that is accepted everywhere. And they can also count on a guaranteed electricity price that applies throughout the entire country. Customers of the Porsche charging service ultimately receive just one transparent bill from Porsche.” 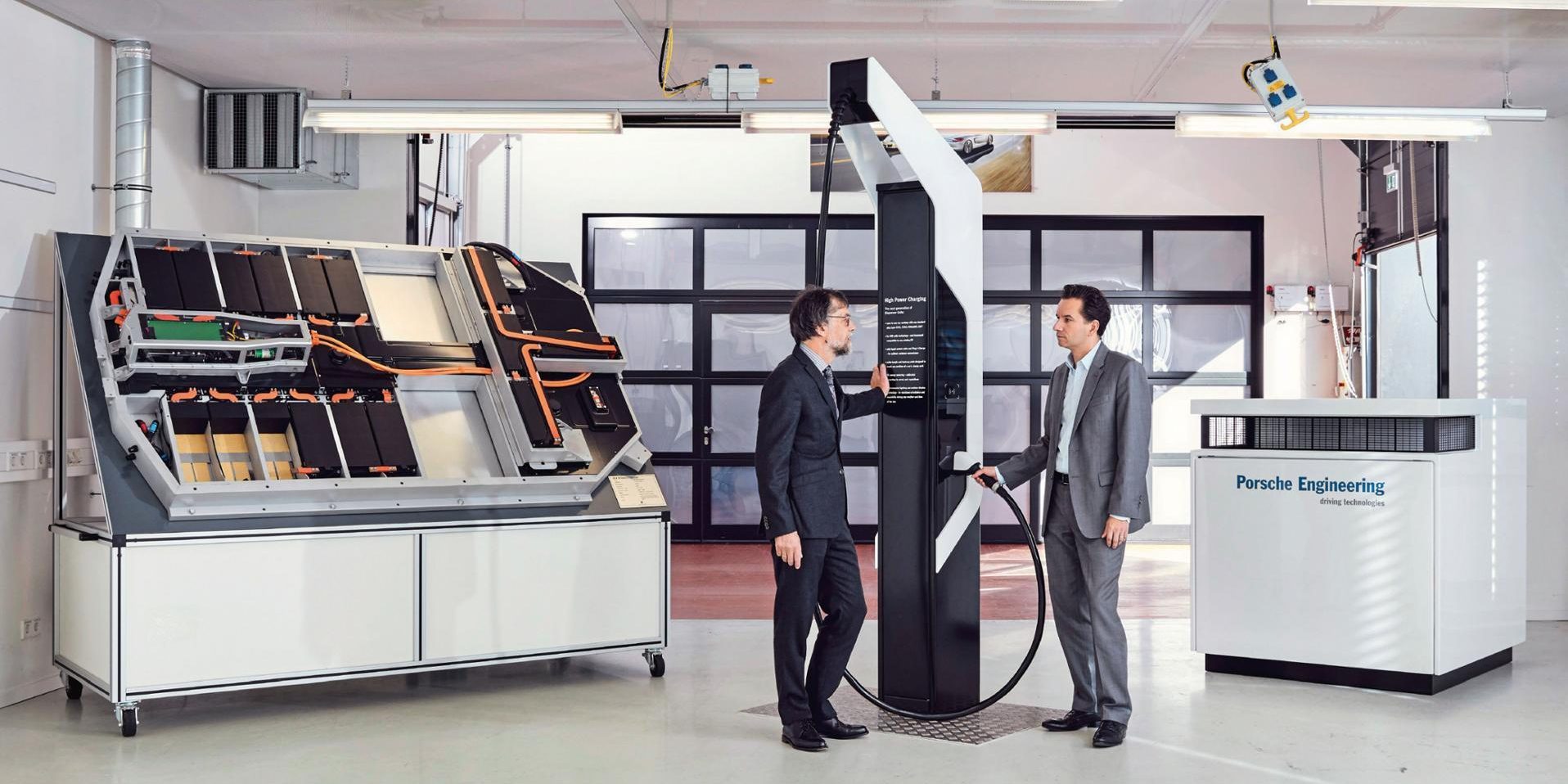 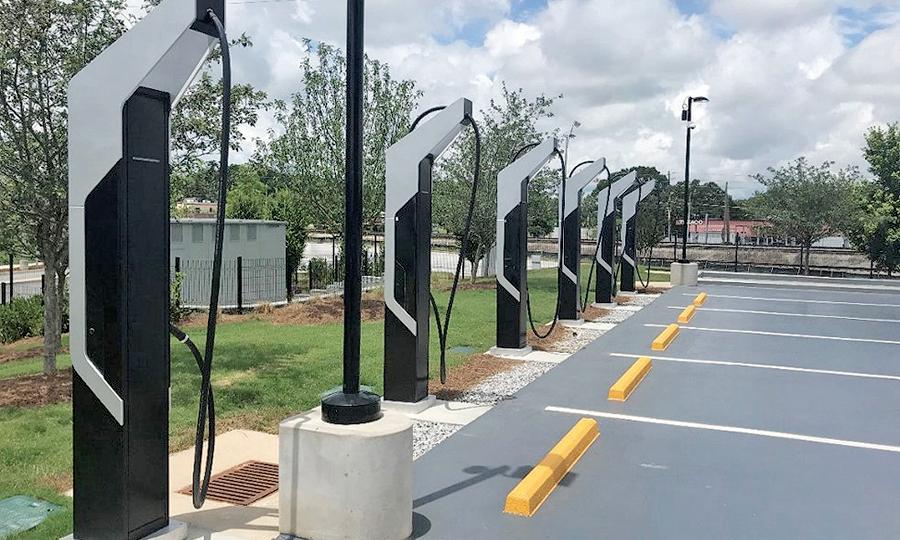 Of course, the sports car manufacturer is not the only luxury automotive brand to roll out its own fully electric vehicle. There is, for instance, Audi’s E-Tron SUV, which itself is supposed to have a range of 250 miles. According to Audi, after 30 minutes of high-speed charging, the E-Tron can travel 160 miles — a relatively impressive figure considering the Tesla Model X’s 144.5-mile range under the same circumstances. It’s important to note that these numbers do not represent full charges, which are not possible through high-speed charging.
Then there’s the BMW iX3 SUV, which is slated to arrive in 2020 and boasts a reported range of 249 miles per charge. The all-wheel drive Mercedes-Benz EQC SUV is estimated to get around 200 miles per change, but the company is not sure how accurate that number will be. Finally, the Jaguar I-Pace can go 234 miles on one charge, and it is already in production.
What Porsche’s Taycan has in common with the Audi, BMW, and Mercedes-Benz EVs is its range and production timeline. Ultimately, all of these brands are just vying to outperform the Tesla Model X’s current record of 237 miles per charge. 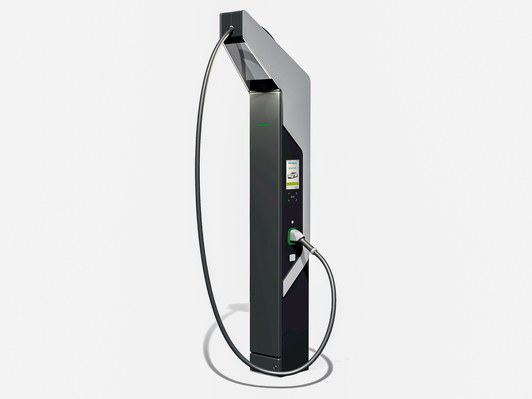 Continue reading below
Our Featured Videos
As EV batteries get increasingly larger, consumers will continue to seek out longer ranges and more convenient charging options. At home, stations with low charging capacities are acceptable, because your parking space is only for you. But in commercial parking spaces at offices and shopping centers, stations that take several hours to charge a vehicle will prove extremely inconvenient.
Porsche’s competitors will eventually see the benefit to establishing their own networks of charging stations, but for now, they do not. This is why Porsche plans to spend close to $800 million by 2022 on charging infrastructure and related technologies. Beyond the aforementioned 500 American and Canadian stations (each of which would cost around $350,000 to install), the company wants to build yet another 200 stations, hopefully partnering with EVgo, Electrify America, and ChargePoint to achieve their goal.