An offshore gas platform in Weston-super-Mare, England has become the unlikely setting for a strange sort of industrial paradise. Leeds-based creative studio Newsubstance created “SEE MONSTER” for the Unboxed Festival, a series of exhibitions that has come to be known as the “Festival of Brexit.” The installation boasts trees, grasses, a multi-level slide, and a 10-meter-high cascading waterfall, and it’s considered one of the UK’s largest art installations. 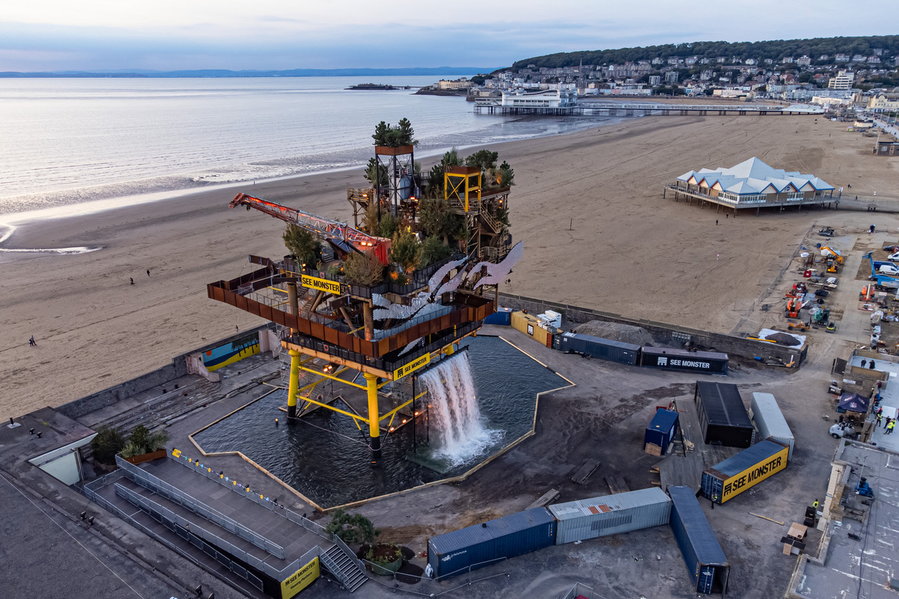 Newsubstance and the Unboxed crew moved the retired oil rig from its former location in the North Sea to the Somerset coast and transformed it into a new public art installation and visitor experience this summer. It was transported by sea on a barge the size of a football field and then lifted over the seawall by crane and set onto prefabricated legs. 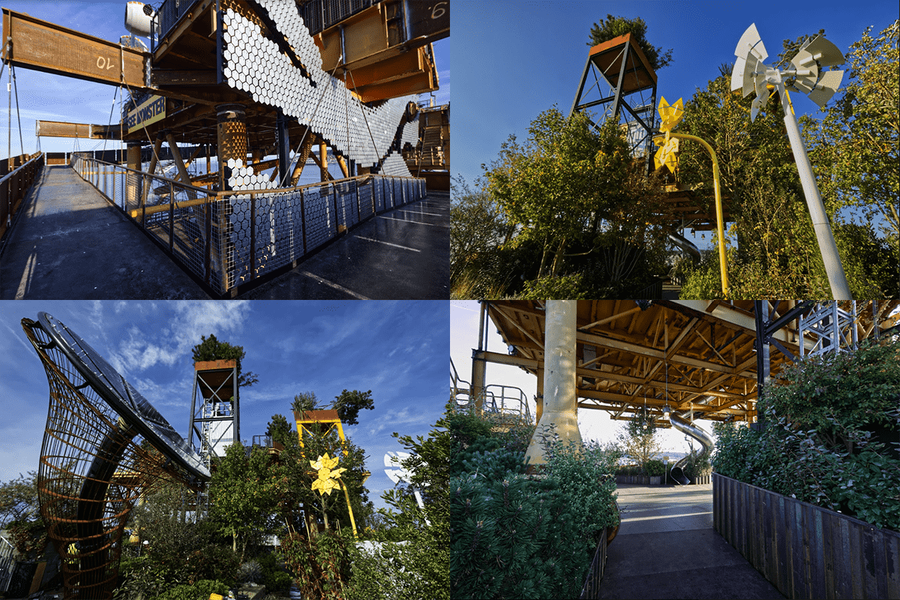 The four-story, 450-tonne rig is set within a shallow pool on the beach. Its top platform hosts the garden, while a 6,000-piece kinetic installation featuring the work of Ivan Black and Trevor Lee shimmers across the front. The vegetation was chosen to stand up to the Atlantic gales and corrosive saltwater sprays. The waterfall, dubbed the “SEE MONSTER’s roar,” recirculates via the pool at the base, and the kinetic art moves along with the wind.

Lee’s installation, WindNest, was designed in collaboration with Land Art Generator initiative and consists of two rotating airborne pods that generate clean energy through wind and solar technologies, powering the irrigation systems for the “Garden Lab” on the upper platform. Black’s installation features 6,000 aluminum tiles representing the “monster’s scales,” fluttering in response to weather conditions. Three drone shows by SKYMAGIC light up the skies above the shores of the town, drawing people in to see the installation after dark.

The creators hope SEE MONSTER will inspire conversations about how our industrial history has shaped our climate (mostly for the worse), and what we can do about it. 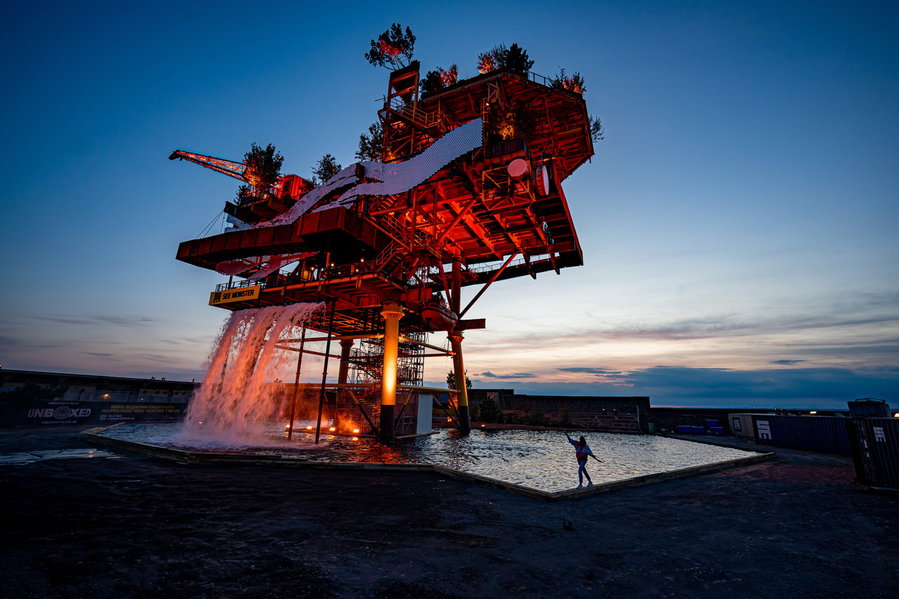 “SEE MONSTER is a celebration of how we can use our past to shape our future,” the creators say. “Harnessing renewable energy from the great British weather, this reimagined platform will feature experiments, performances, gardens, and even waterfalls — showcasing local innovation and showing how creativity can challenge and change the status quo.”

“SEE MONSTER is being brought to life on the site of Weston’s iconic Tropicana lido by Leeds-based studio Newsubstance with support from Weston-super-Mare Town Council and North Somerset Council. Throughout the UNBOXED summer, it will stand as a vivid reminder of our shared past — and a symbol of our united journey towards a more sustainable future.” 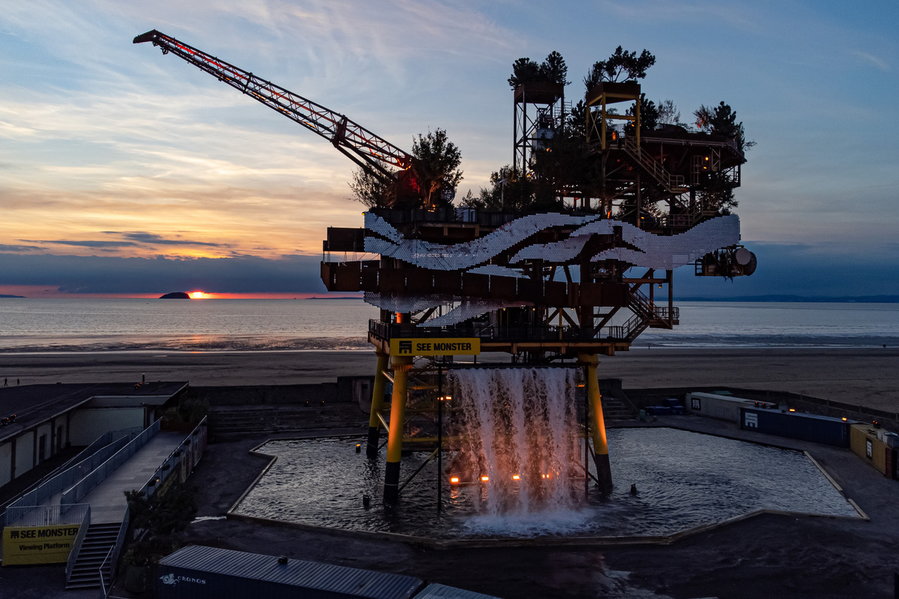 As for Unboxed’s connection to Brexit, The New York Times explains that the $132 million festival was meant to display the best of British creativity after the nation voted to leave the European Union. It’s now being investigated as a “waste of money” by the government’s spending watchdog. The festival has attracted 238,000 visitors since it opened in March; organizers had predicted it would draw up to 66 million people from then until its closure in November.