In 2008, Beijing pumped millions of dollars into venues and infrastructure for the Summer Olympics, creating some iconic architecture in the process. The “Bird’s Nest” stadium and “Water Cube” aquatics venue remain popular tourist destinations today, but the volleyball venue, rowing center, and BMX tracks are among the structures that were quickly abandoned afterward, resulting in an enormous amount of waste. 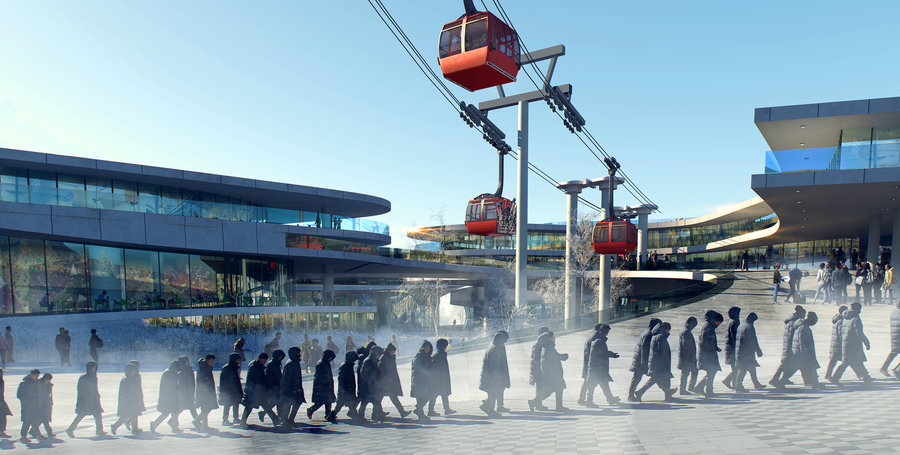 Together with the International Olympic Committee, Beijing has set out to make things right by taking a more sustainable approach to hosting the winter games in 2022. As the first city in the world to host both the Summer and Winter Olympics, Beijing will integrate its venues from 2008 and other urban structures into a spectacular new setting for cold weather sports. This complex will host curling, ice hockey, skating, snowboarding, and freestyle skiing, while the nearby towns of Chongli and Yangqing will host alpine skiing, sliding, and all other snow events.

Architecture firm Maison h won a competition to design a stunning Winter Olympic Museum in Chongli — the first museum of its kind anywhere in the world. With solar panels mounted to the roof and a self-shading design that protects its interiors from the harsh local climate, it will run entirely on renewable energy.

The coolest part of the museum is definitely a new ski slope that will pass under an existing highway, terminating adjacent to the building itself. It’ll also have a dedicated Olympic Academy with libraries and research facilities focused on the Winter Olympics, a virtual reality experience center, and a cable car station.

“A new highway and high-speed train will connect the Chongli region to Beijing in 46 minutes,” says Maison h. “For Chongli, this is a critical opportunity to become the center of development of winter sports in China, utilizing its natural mountainous resources and giving back long-term opportunities for the rural region.” 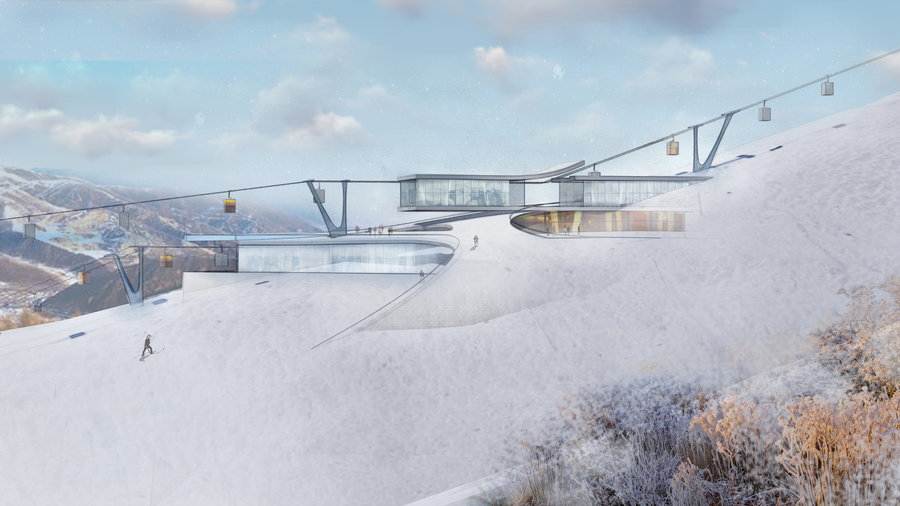 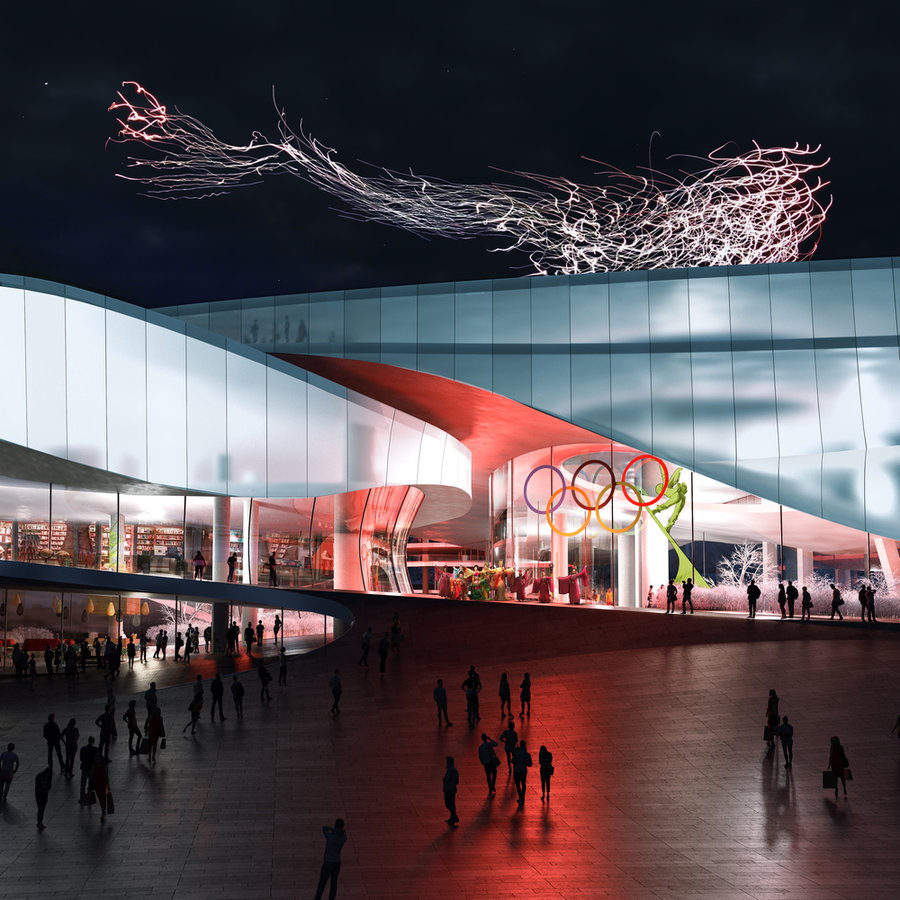 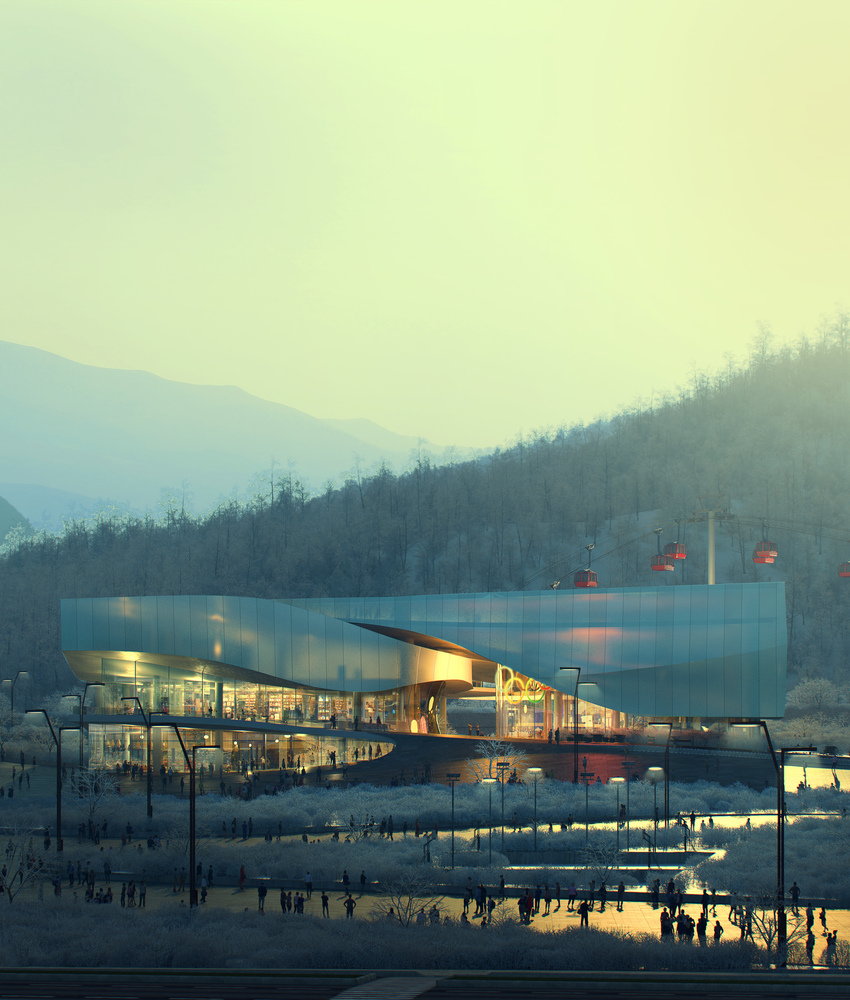 “It is in this spirit that the Chongli local government conceived a plan to revitalize the town center with the addition of the world’s first Winter Sports Museum and Academy to best convey the Olympic spirit to future generations. Following an open public bidding process, maison h was selected for a competition with two other teams for both the building design and town center redevelopment.”

The building’s design takes inspiration from the surrounding landscape, with each level sloping to ground level to provide direct access. Maison h weaves different programmatic elements together to create layers of light, airy spaces with plenty of opportunities for exploration and interaction. The firm adds that the complex will showcase “a twofold strategy of reuse and rejuvenation for urban venues and sustainable development for regional venues providing infrastructure and long-term benefits to rural regions.” 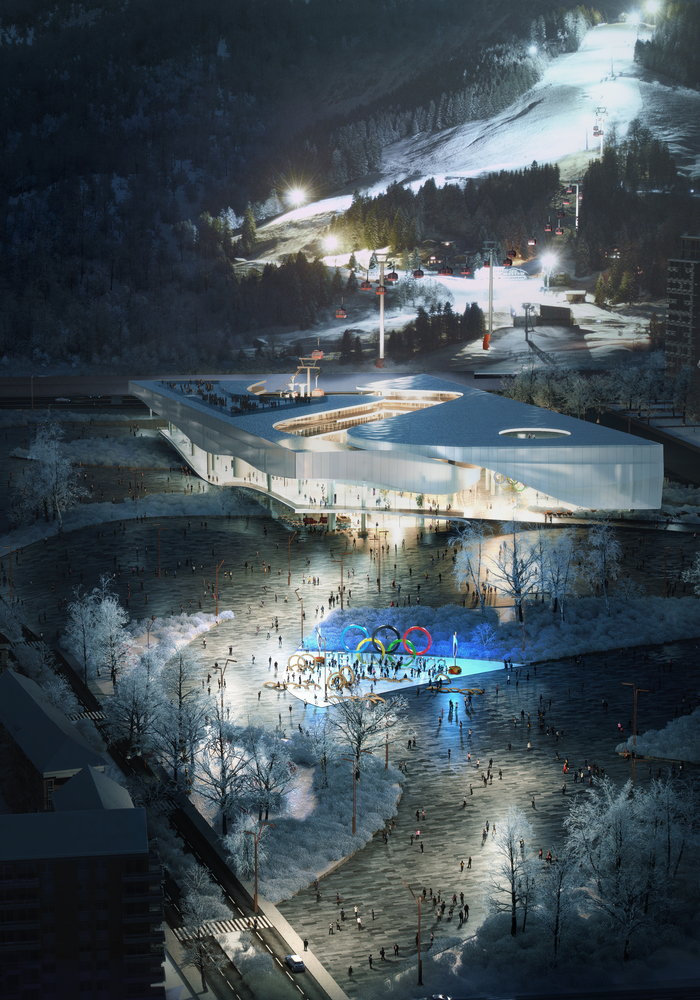 Of course, the sustainability of the new complex hinges on whether or not it’s actually successful in drawing in millions of urbanites to ski each winter, long after the 2022 games are over. And while it’s great that many of the 2008 structures will finally be cleaned up and/or reused, one can only hope that they’ll have a better plan for reusing many of the other elements that go into the games this time around.