When you want to give yourself a makeover, you focus on the most outwardly-facing elements that can be easily changed: hair, face, nails, clothes, shoes. The same concept can be applied to buildings — especially when architects plan ahead for the possibility. 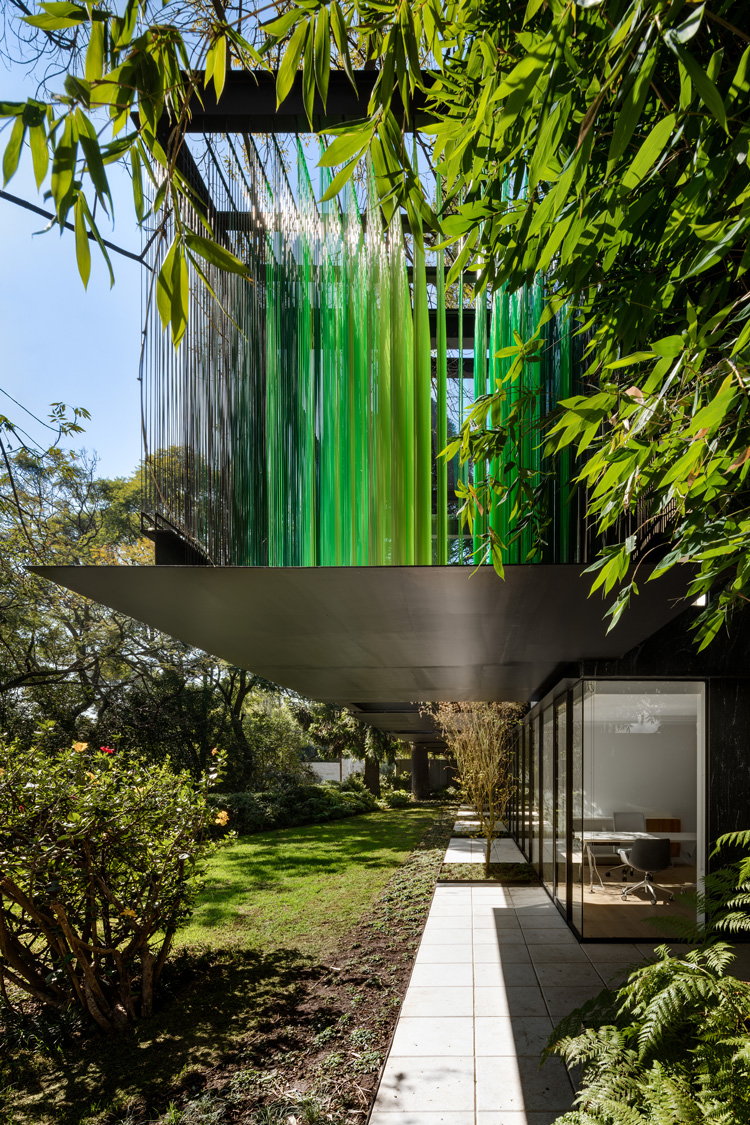 Imagine a structure that’s still got great bones but is looking a little dated or worse for wear. Developers often find it easier to just demolish the whole thing and start over again, but that process produces an outrageous amount of construction waste. Renovation is a far more sustainable approach, especially when the changes are minimal but high impact.

A new project called VITR from Archetonic offers one example of how this can be done. A pre-existing building in Mexico City showed lots of promise but needed some key modifications to be turned into a home and office space that felt integrated with its natural environment. 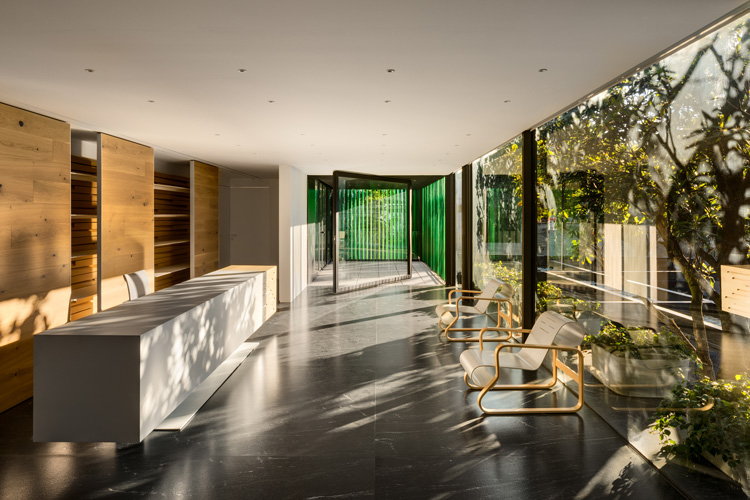 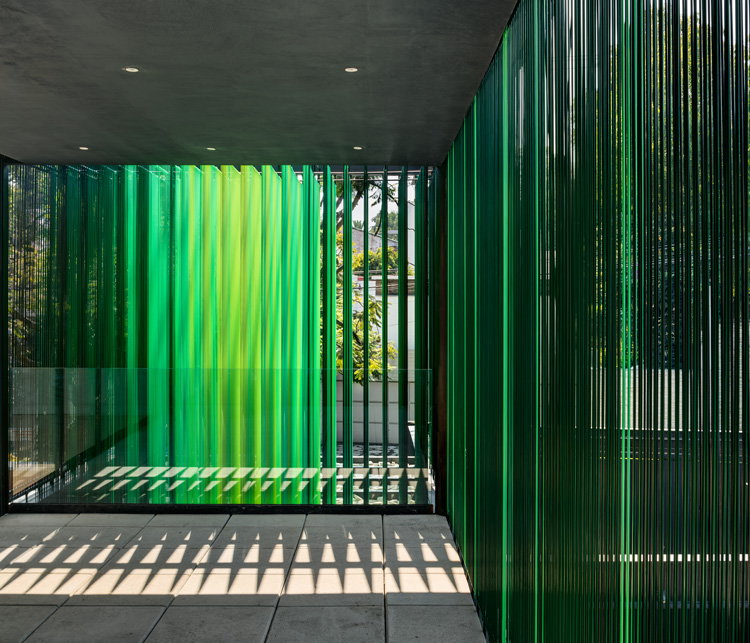 Walled gardens are common in this part of the city, and while they do offer privacy, they can also make houses feel closed off from the world outside. The architects say they wanted to “shatter the hegemony of the high walls behind which the neighboring houses hide in order to establish a dialogue that transcend[ed] the physical limitations of the project.”

To achieve that, they had to make sure every level of the house had opportunities to view and interact with nature. On the ground level, they created new access points to the yard and expanded views with large expanses of glass. On the second floor, they created new terraces that shade the lower levels from the harsh summer sun. 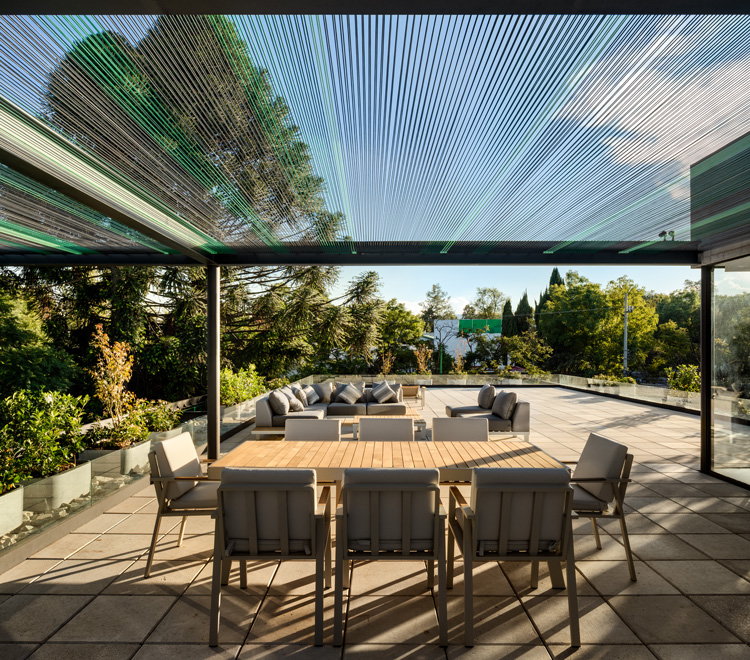 But by far the coolest (and most impactful) change Archetonic made was the addition of a permeable system of green cables echoing the colors found in the vegetation outside. These plastic cables reference the Acapulco chair: a midcentury modern design inspired by the open string construction of traditional Mayan hammocks.

The cables are attached to the pre-existing steel structure of the building, creating a “living” facade that shimmers in the sunlight, enhances the feeling of being surrounded by nature, and offers a little bit of shade to the interiors without closing them off. On top of that, a new rooftop garden adds yet another way to experience the setting. 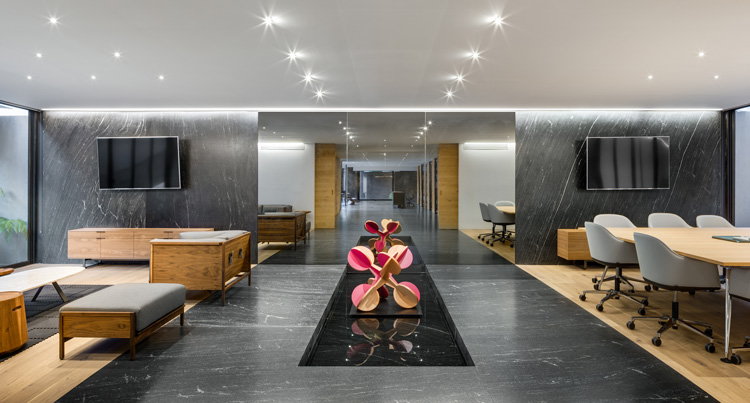 All of the steel, stone, and glass of the building come together to produce a feeling that can be a little bit hard and cold, so Archetonic also introduced new timber elements to the interiors to soften them up a bit.

They explain: “The variations in the depths of different planes offer the environment a living facade, where the interior activity is guessed from the visual filters that concede intimacy to the interior spaces. The interior-exterior duality breaks its context’s routine, offering a canvas of textures where the concrete and granite give way to the mildness of the metal and the lightness of plastic fabrics. To the exterior the housing peeks out without invading, whilst opening in the interior [and] subtlety exposing itself, balancing the volumes that are inserted in the territory.”

“An interplay of planes occurs inside allowing the versatility of spaces by the movement of long-distance sliding screens and wainscots formed by timber that contrast in warmth and complexity with the sobriety of the stone coatings and apparent concrete of the enclosures. A new stairway, based on steel strips, reactivates the space where the old one stood, which gave an opportunity to re-signify the ambiance of the circulations as an experience of sculptural character.” 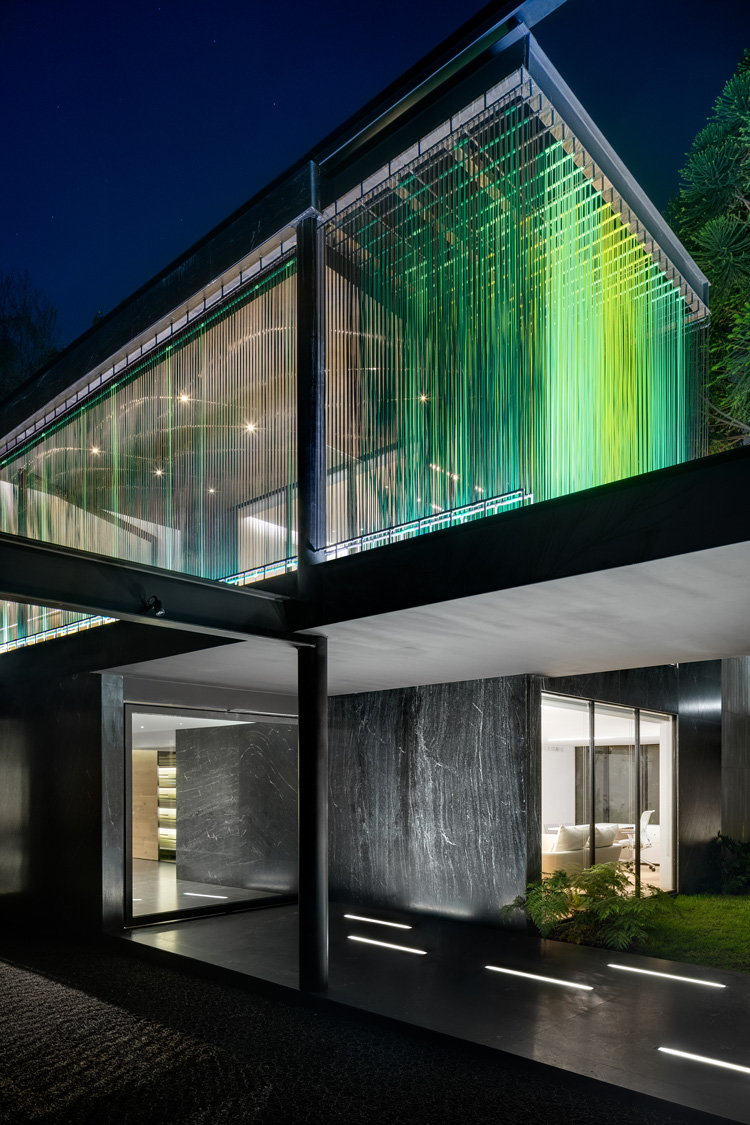 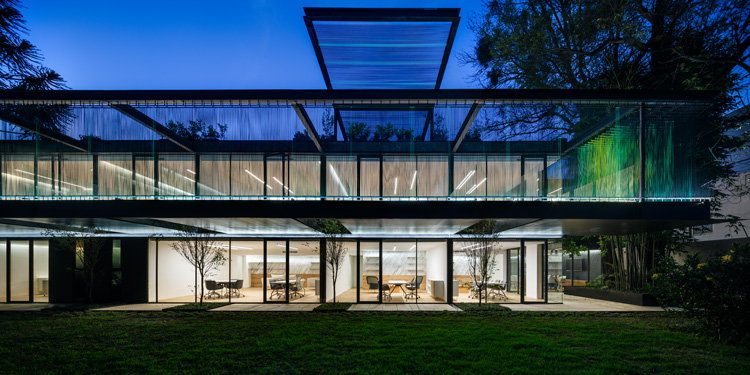 The best part of this architectural makeover is that it doesn’t have to be permanent. In twenty years, if it feels dated or is no longer desired, it can easily be removed and some other facade solution can be implemented in its place.