Appetite for all things midcentury modern hasn’t waned much in recent years. With its clean lines, gentle curves, and emphasis on high-quality materials, the enduring style has achieved a sense of timelessness that counterbalances the ever-changing whims of trendier decor pieces, even when they’re mixed together in the same room. Today, it’s generally most desirable at its purest: sleek, simple, and uncluttered, putting form and functionality on perfectly equal footing. But that doesn’t mean it can’t be bold and fun, too. 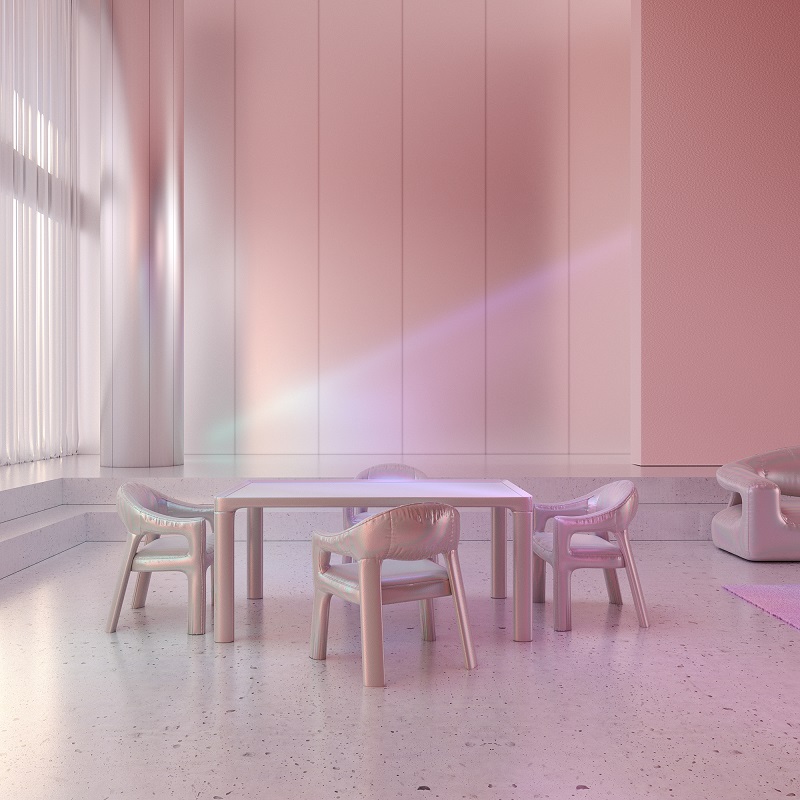 Sort of like how the Jetsons put a fun futuristic spin on midcentury modern and Googie architectural styles, a new series of furniture by Barcelona-based design studio Six N. Five and Brazilian industrial designer Artur de Menezes takes classic forms of midcentury modern furniture and gives it a whole new look that feels fresh and playful in 2019. “Holo-Scandinavian” brings a futuristic vibe to elegant couches, chairs, and tables with an oil-slick iridescence, making them appear pink, blue, purple, or green depending on the angle of the light and your perspective while viewing them. 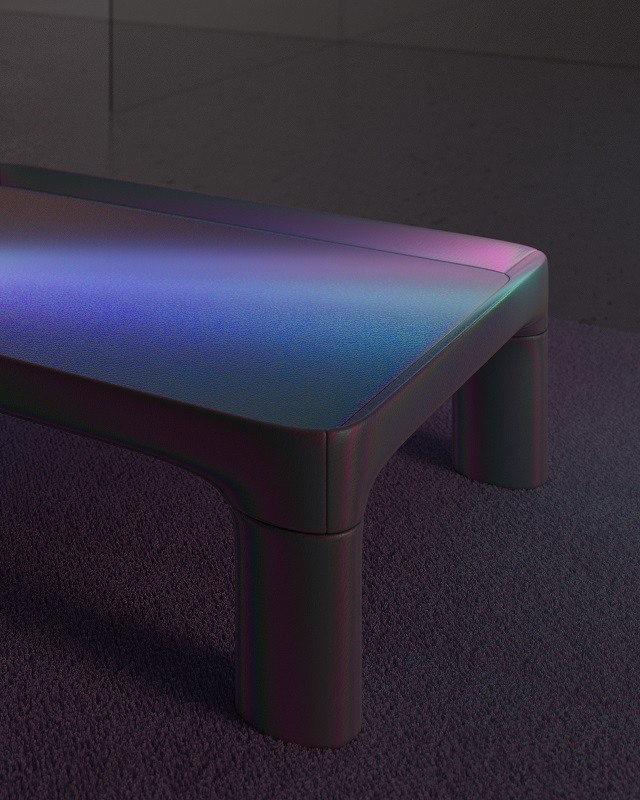 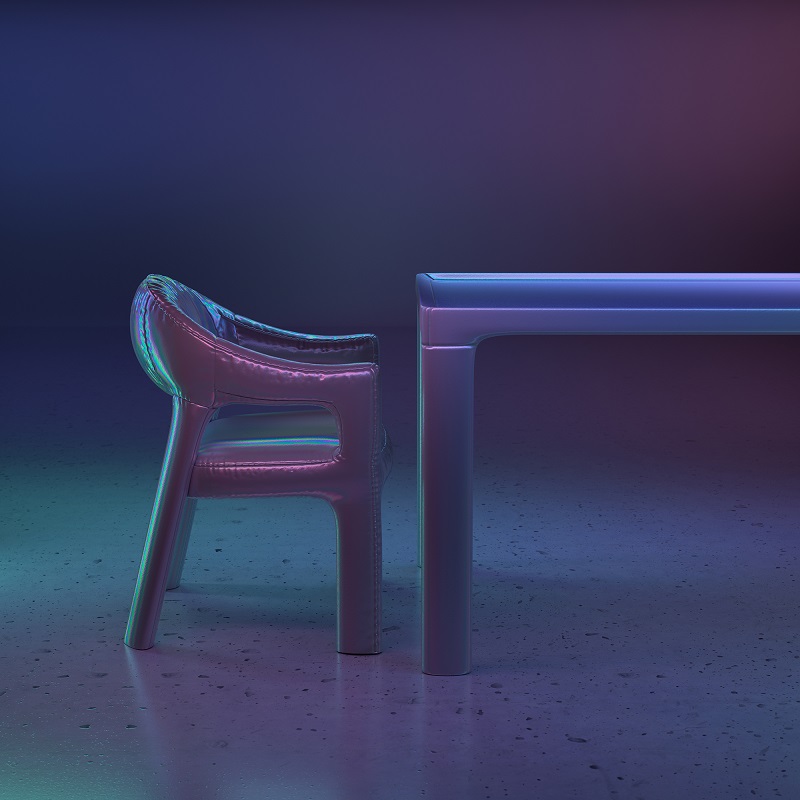 The designers say: “Exaggerated and unexpected shapes appear as a strange but at the same time beautiful celebration of the midcentury Scandinavian design, leaded by its delighted and organic curves. Holographic materials and lights contribute to a surreal and almost unreachable result, and it reflects our vintage narrative from a place that is not inhabited anymore.”

“A place that stands in the past, of which we no longer have access, with its own memories and solitude. No more than an emotional expression of our favorites from the past brought to life into our modern view. We usually solve concept and/or set designs where the products ‘live.’ This year we wanted to go further, so in addition to the concept, art direction, and set design, we designed the furniture itself — the star of the visual — and in this way, did the complete job. Hope you’ll like it.” 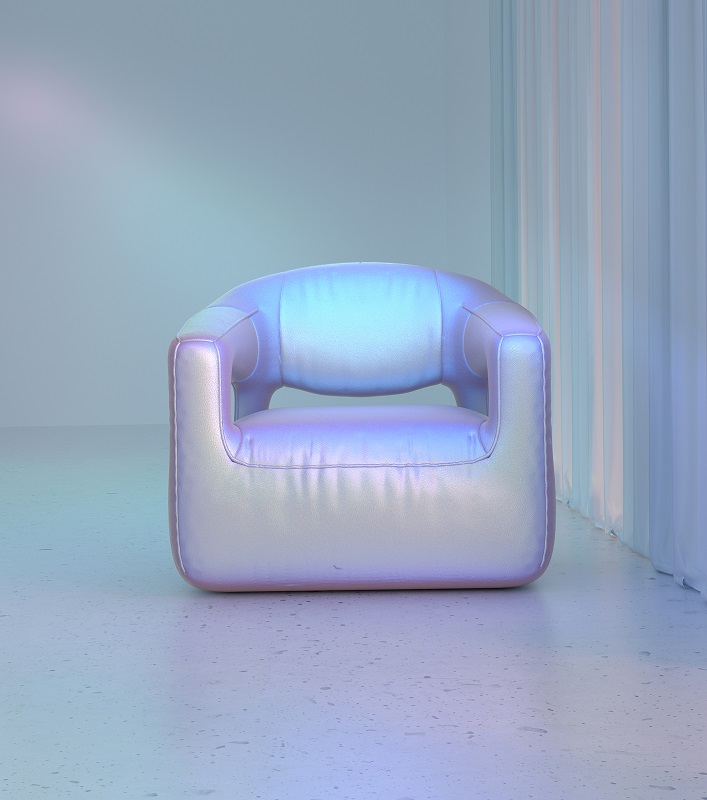 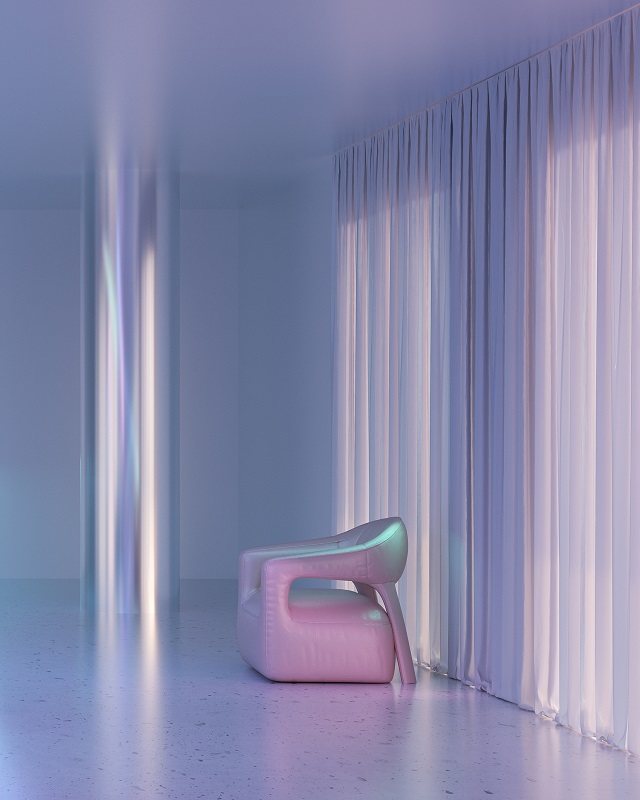 Beautiful, right? But of course there’s a catch. Not only is this collection just a conceptual prototype, it isn’t even actual physical three-dimensional furniture. At least, not yet. Holo-Scandinavian was created using hyper realistic digital modeling software. The designers wanted to join their mostly digital process together with industrial design to capture an aesthetic that’s as contemporary as it gets while maintaining the grace of midcentury modern furniture aesthetics. Now they’re looking for a partner to potentially produce and sell it. 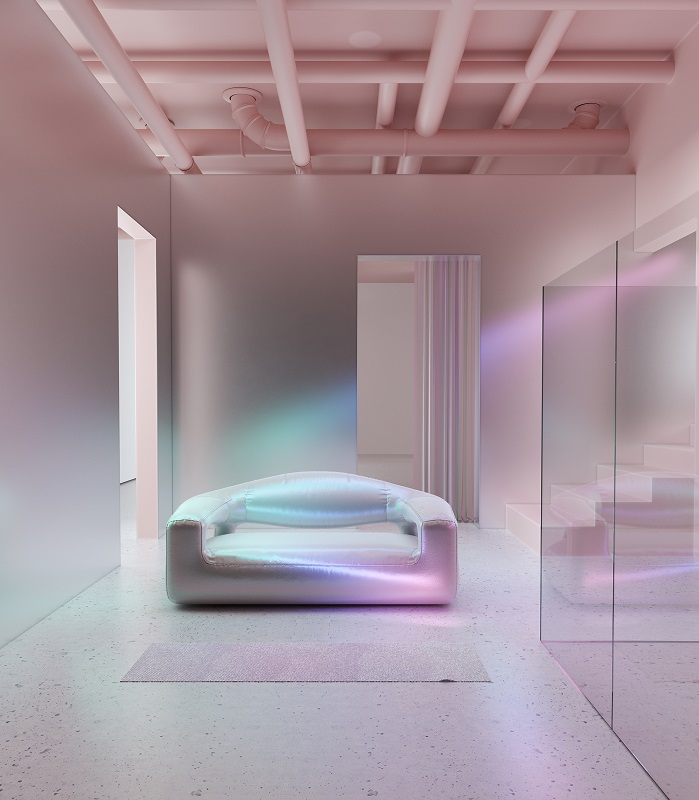 Six N. Five is “a contemporary design studio specializing in still life visuals and videos with a clean and modern aesthetic; Apart from working on advertising, editorial, and video commissions, they also find time to create experimental work which is legitimizing CGI as a new medium for creative self-expression. Their refined imagination, poetic compositions, edgy minds, and sleek skills make the studio a hit in the uniqueness and purity of its results.”

Artur de Menezes, on the the other hand, is a “multidisciplinary designer, working in the field of product design and eye-catching CGI visuals with a contemporary aesthetic approach.” You can see his work rendered in slightly more traditional textiles at his website.