Tallinn is Estonia’s capital city – one of the most important ports in the region thanks to its proximity to the Baltic Sea. It’s also a beautifully preserved medieval city that’s been listed as a UNESCO World Heritage Site because of its historically rich Old Town area, whose buildings have been standing for 500 years or more. 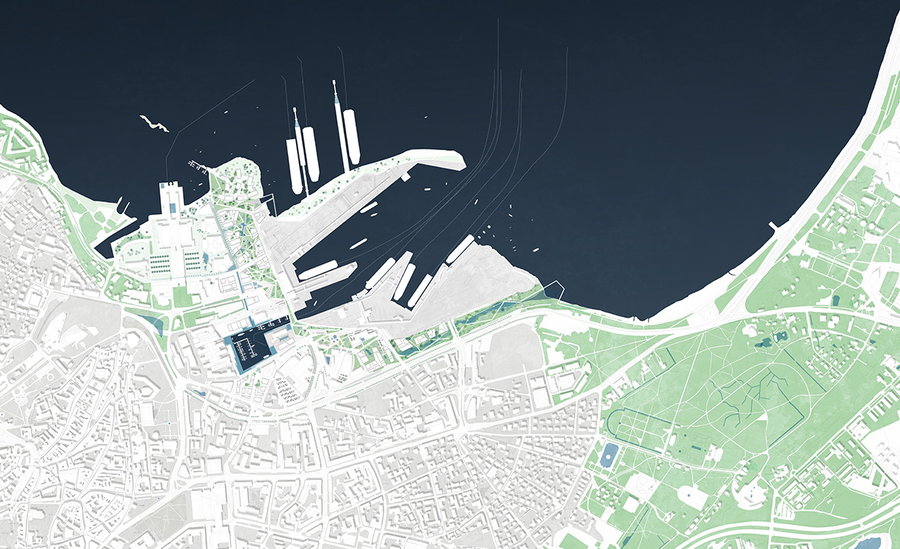 So what does this bustling medieval city have to do with the dynamic and foward-thinking Zaha Hadid Architects? While Tallinn itself remains beautifully preserved, its layout has been described by some as somewhat problematic for being isolated from its own very important port. 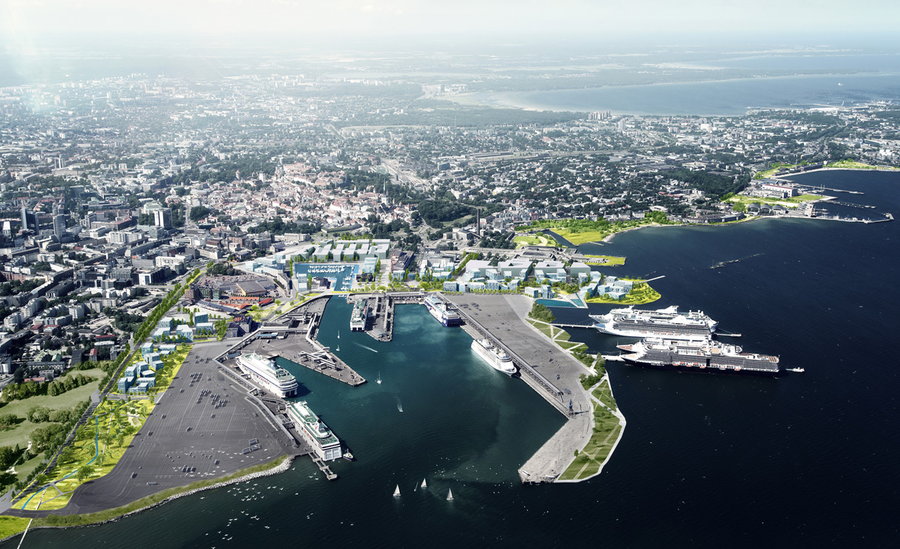 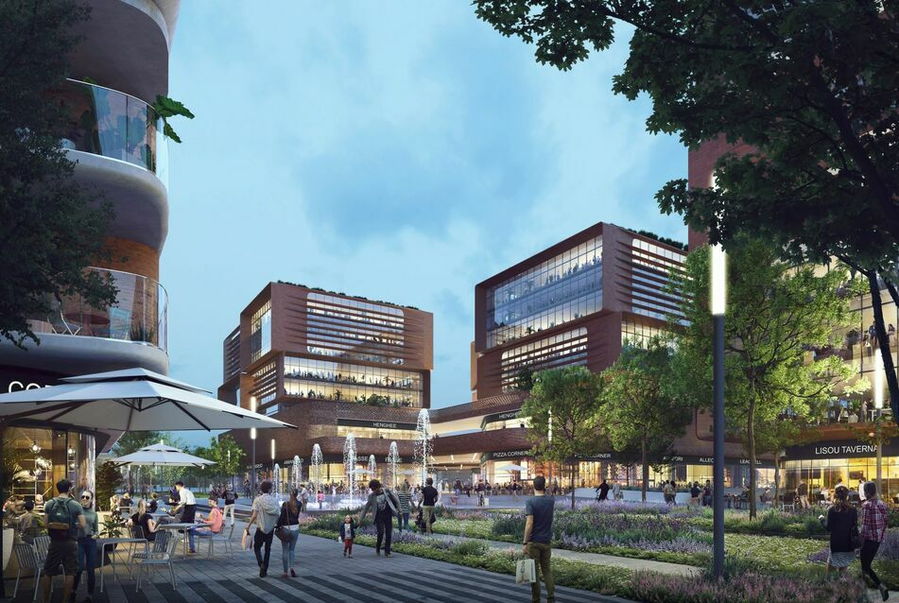 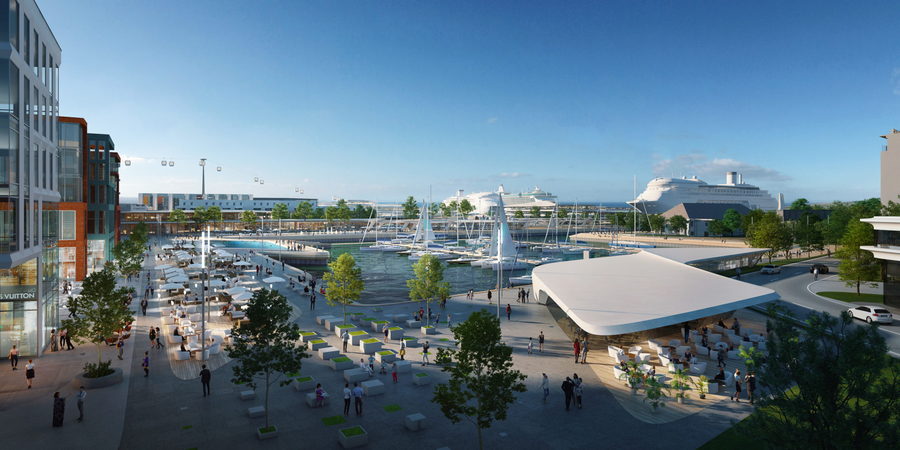 And who better to complete this ambitious project than Zaha Hadid Architects? The firm has long been known for its futuristic bend and geometric shapes that often seem to defy the laws of physics. Among the firm’s most famous recent projects is the Zugló City Centre in Budapest, a mixed-use development that connects green spaces with urban residential and commercial areas, seamlessly blending the two into a oasis that’s both sustainable and synchronistic. That project, announced in 2017, is set for completion in 2029, according to the firm’s website. 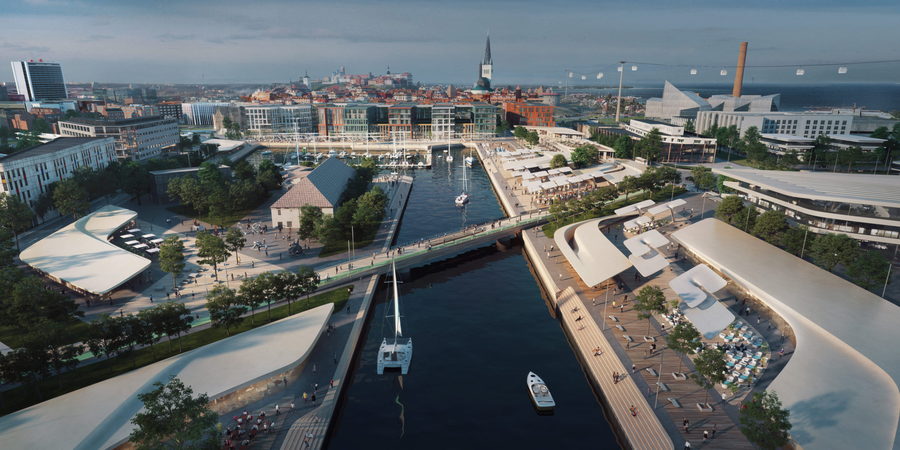 Much like the Budapest City Centre project, the focus for the Tallinn Port seems to hinge on connectivity. “Our vision for the harbor redevelopment master plan is to create a new recognizable and distinct gateway to the city of Tallinn, a new city fabric interconnected with the adjacent city districts,” ZHA recently said in an official statement.

The new area will consist of mixed-use structures including residential, commercial, and leisure-focused properties meant to revitalize the Old Town area, though none of the oldest buildings will themselves be changed. Dubbed “Streamcity” by ZHA, the area will, like many of their other projects, also contain a green space, this time in the form of a public park. 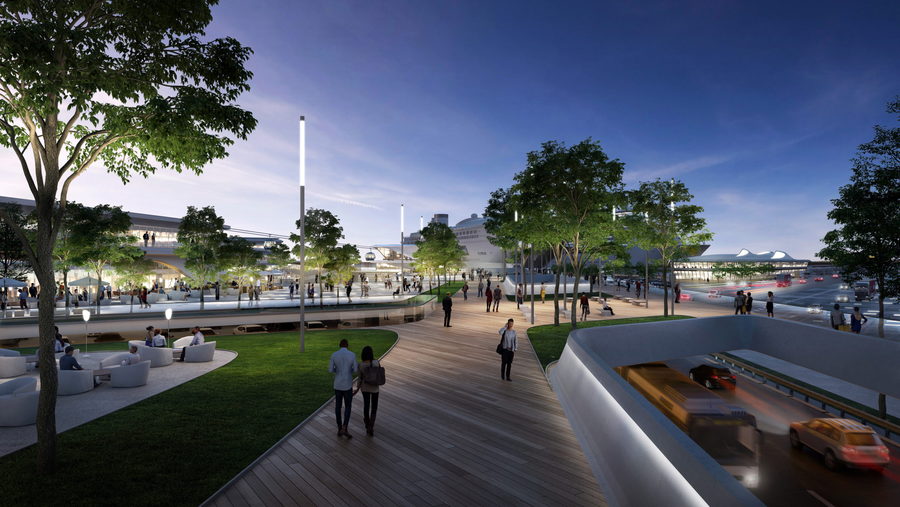 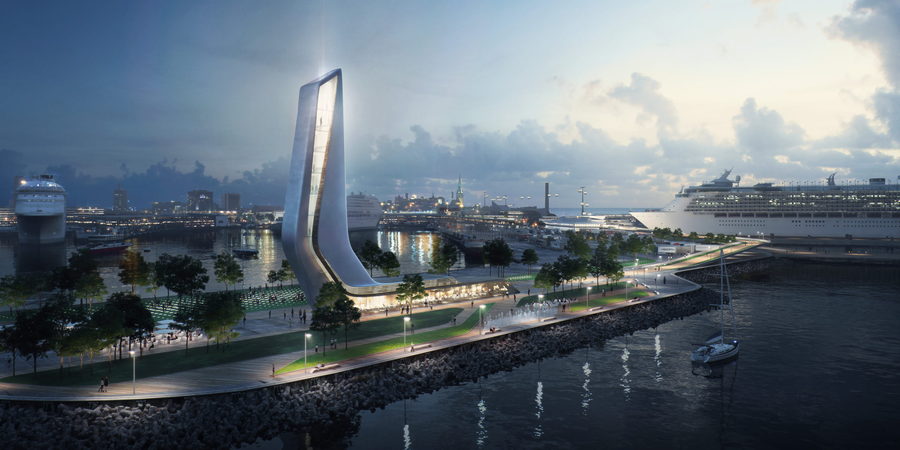 According to reports, the famed architectural firm plans to work with several other firms to bring the project to fruition, including landscape design consultant Tyrens UK and Latvian firm RemPro. Also working closely with the Port of Tallinn, ZHA will transform the Baltic Sea port and the surrounding area into a modern, dynamic space that will most certainly bring the UNESCO World Heritage Site into the 21st century while still maintaining its medieval charm and character. While there have been no recent updates for the city’s Masterplan 2030, we can most likely expect this dynamic project to be completed sometime in 2029 or 2030 — yet another feather in the Zaha Hadid’s world-renowned cap.