Virtual fashion can do all kinds of things real fashion can’t. Designed to exist only in the digital space and not the real world, these garments can be made of materials that don’t exist and behave in ways that aren’t physically possible. The customers who buy virtual outfits can then “wear” them on social media and in the still-hypothetical metaverse. Now, it seems there’s an emerging middle ground between the two in the form of robotic fashion, like the spectacular works of designer Ying Gao. Her latest collection, “2526,” undulates and flutters like it’s alive, and the movements are no illusion. 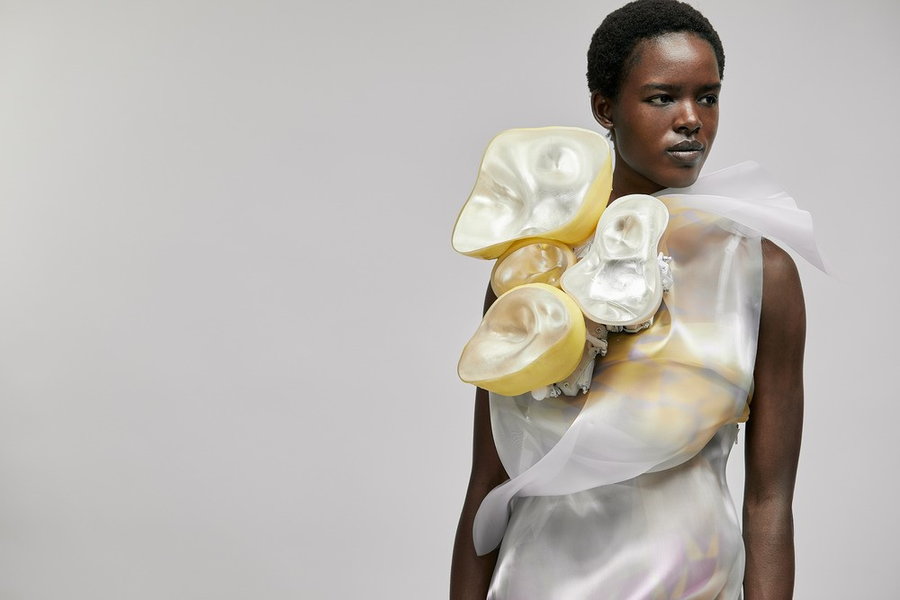 The name 2526 refers to the number of hours Gao invested in the creation of the two polymorphic robotic garments, from her earliest sketches to the final stitch. Inspired by NFTs, digital fashion, and virtual clothing, the garments are real, worn by actual models, and crafted from materials like glass, silicone, organdy fabric, and electronic devices. They truly take futuristic fashion to a whole new level, resembling alien creatures or some strange extension of the human body that hasn’t been invented yet. 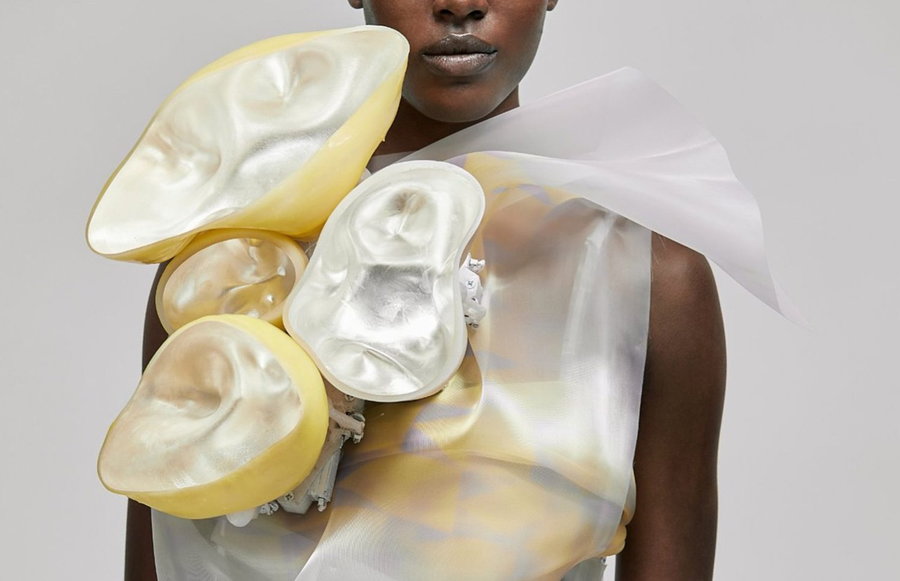 “If the role of the fashion designer is to imbue a form and a function to materials intended to dress the body, we can wonder about the question of the immaterial garment and the virtual body, devoid of substance, and their level of reality, when the digital has become a real ‘second nature,’” says Gao. “As our jaunts into the metaverse become more recent and less surprising, digital fashion inevitably unfolds into an infinity of possibilities and uncertainties.”

In 2019, Gao debuted a previous robotic garment collection called “Flowing Water, Standing Time.” These translucent and transparent garments are also capable of chromatic movement, recognizing the colors in their immediate surroundings, and responding in liquid, chameleon-like ways. Color sensors, light sensors, and tiny cameras linked to a raspberry Pi computer analyze the wearer’s environment and translate that information to the garment via a series of actuators and magnets, causing the fabric to ripple. 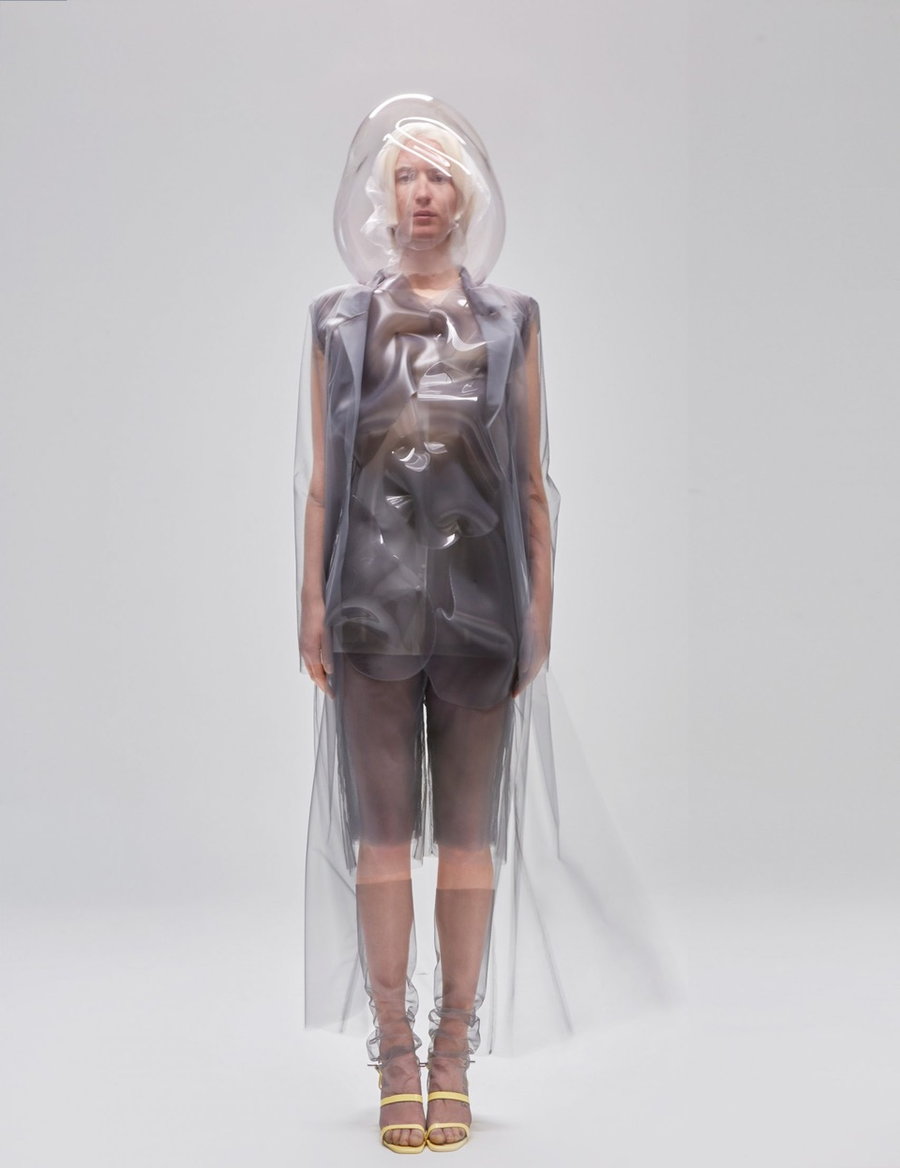 In this way, the wearer almost becomes secondary to the garment itself, which has gained a sense of autonomy. The wearer can’t control what their own clothes are doing at any given time. 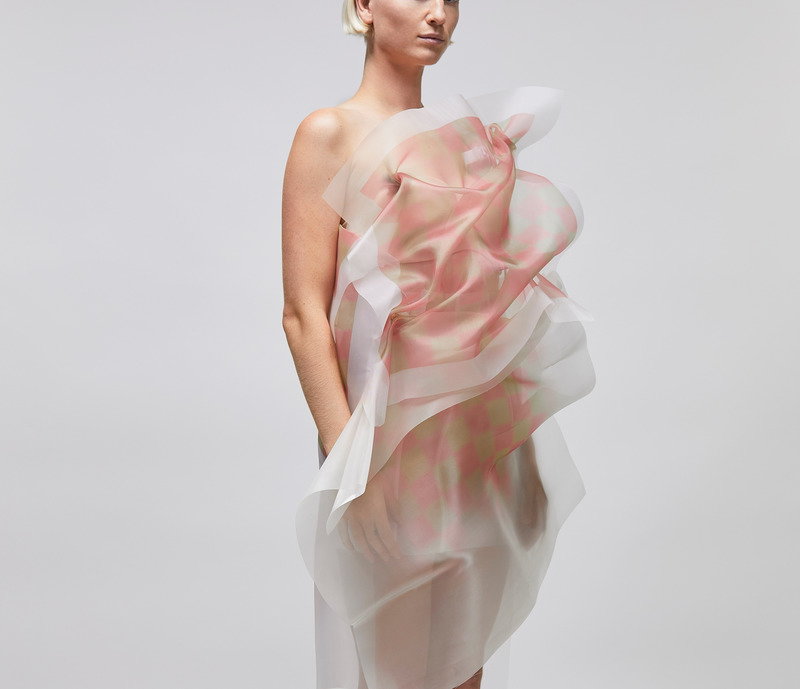 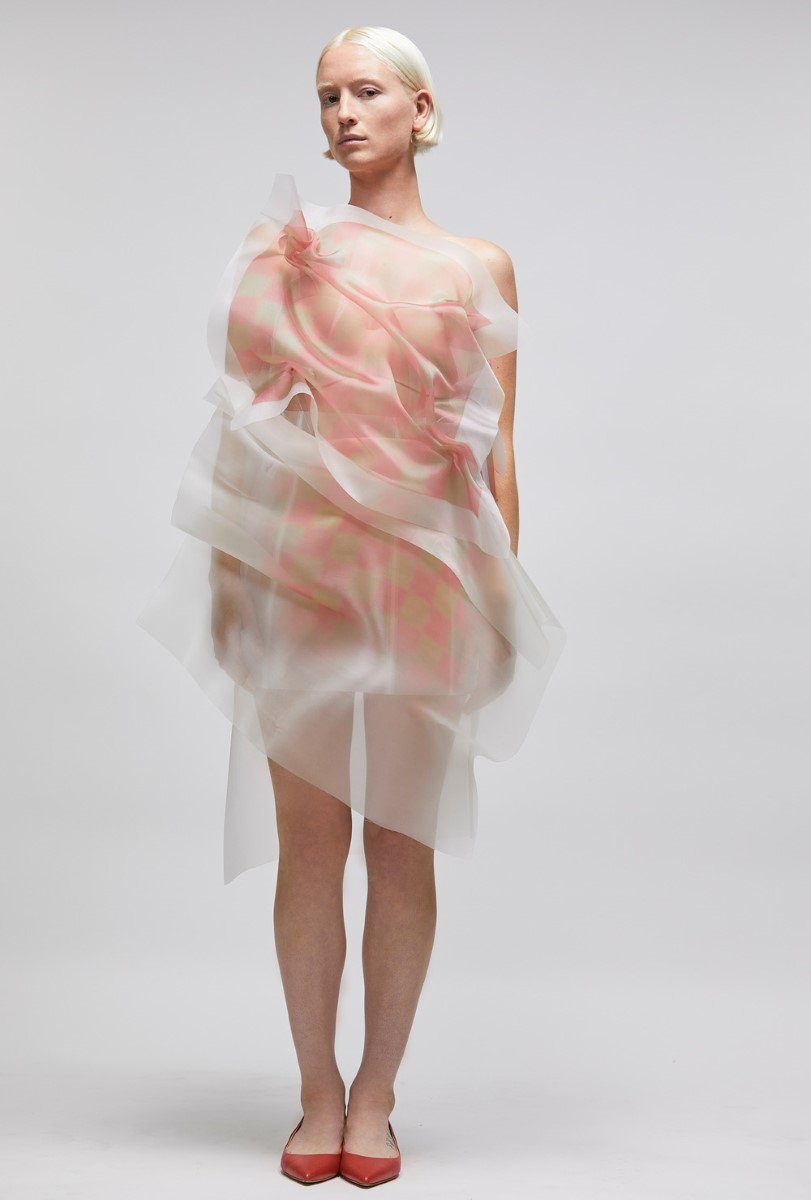 “This project was inspired by neurologist Oliver Sacks’ novel The Man who Mistook his Wife for a Hat, in which he relates the story of Jimmie G, a 49-year-old former sailor convinced of being aged 19 since having left the Navy,” says Gao. “Shocked by his own reflection when Sacks hands him a mirror, Jimmie reverts to his 19-year-old self as soon as his gaze leaves the reflective surface. Having lost any sense of temporal continuity, Jimmie lives as a prisoner to this single, perpetual moment, oscillating between a presence to the world and a presence to self.”

“Much like Jimmie G, the garments evolve between two states and display perpetual metamorphosis as they react to the chromatic spectrum. This traveling between opposite states — from immobility to movement — does not operate as a dichotomy. Upon the field time, which injects energy into the very core of inertia, fluctuates the intensity animating each garment in its unique way. These two states are mere dropping-off points among an infinite array of possibilities.”