Today’s electronics are certainly far more advanced than retro gadgets, but they rarely look as cute on a shelf. If you want the best of both worlds, a creative DIY project is probably in order. 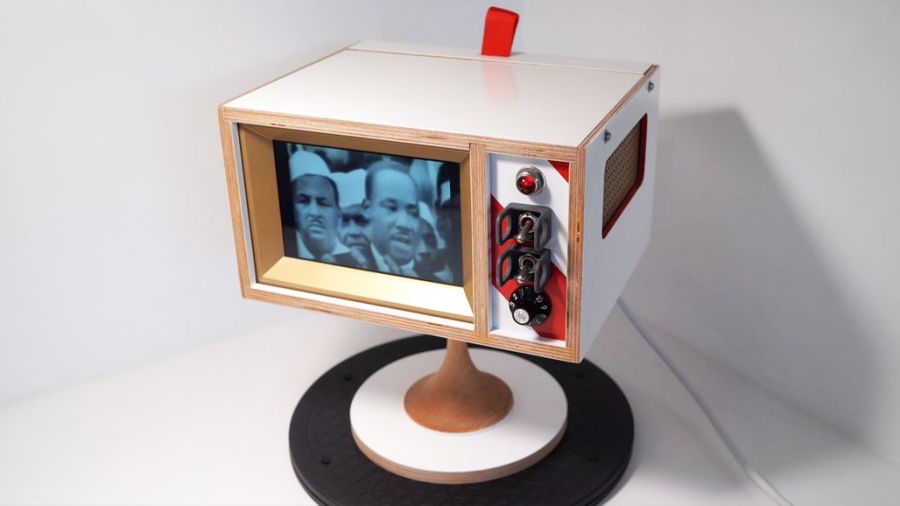 Ryan at The Garage Journal, a forum for tool-related discussions, shared his own fun creation pairing a Raspberry Pi computer with a vintage-style housing he made himself. The “Atomic TV” lets him turn his favorite classic movies into sculptural displays, playing them on a never-ending loop.

“I had a bunch of spare parts left over from two other tech projects and decided to make a TV — sort of,” he says. “It’s actually a little all-in-one computer that’s coded to automatically loop and play videos that are loaded onto a thumb drive. And while it’s capable of sound, I am using it as a sort of art piece on myself with the sound on mute.” 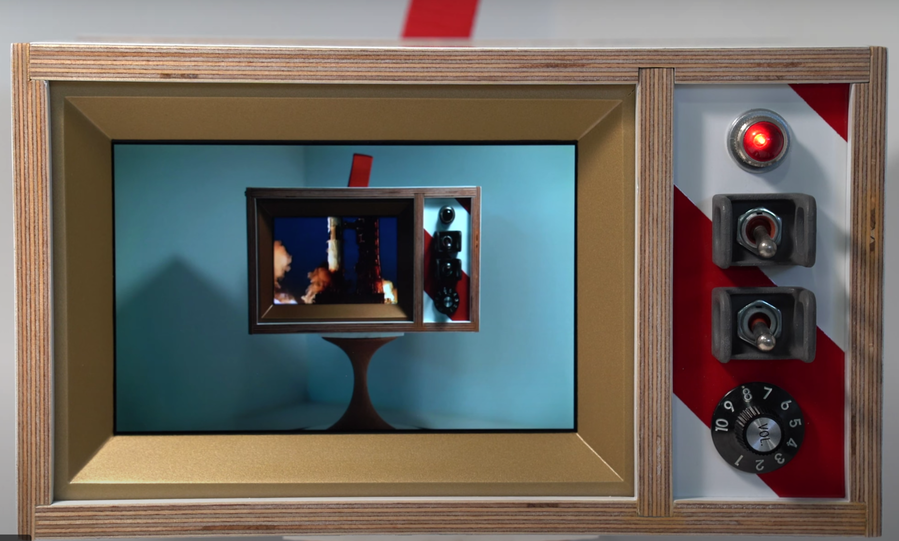 Raspberry Pi, if you’re not familiar, is a series of small single-board computers initially created as a teaching tool for basic computer science. Its ease of use, low cost, portability, and versatility made it popular with DIYers for uses like robotics and research projects. Seven generations of the computer have been produced to date, with the most recent boasting on-board Wi-Fi and Bluetooth.

The Atomic TV uses a $35 Raspberry Pi 4, drawing inspiration from the NASA Apollo wiring standards. Its 256-gigabyte thumb drive holds movies like Rocky, Jaws, Goodfellas, Ferris Bueller’s Day Off, and 2001: A Space Odyssey, all displayed at 1080p. The TV also boasts an LCD display behind a sheet of art glass and integrated USB speakers, and some really fun vintage switches.

Ryan built the housing from scratch and came up with a clever hack for the base: it’s a cake stand. An internal fan keeps the computer from overheating within the case. If you want to replicate this project, Ryan demonstrates the process in a helpful YouTube video. And if you’re hungry for more Raspberry Pi DIY projects with a retro flavor, Instructables is a great place to look. 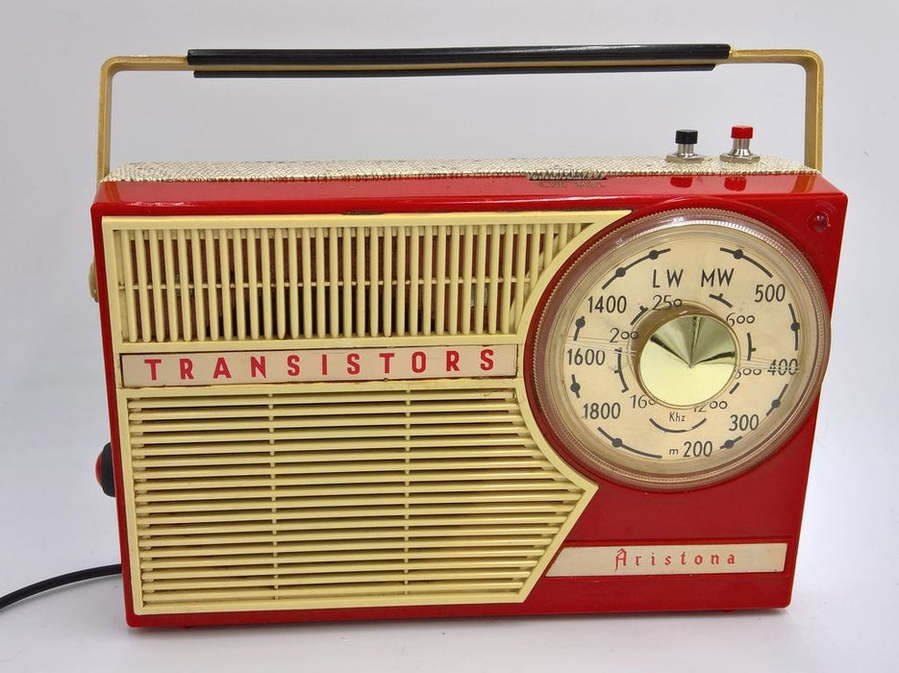 It’s always fun to see what people come up with. Check out Marcel’s Raspberry Pi-fueled resuscitation of an old Aristona Transistor Radio, for instance, which makes use of all the original buttons and knobs along with a small audio amplifier and a rotary encoder. The software runs on a python script written by the creator. 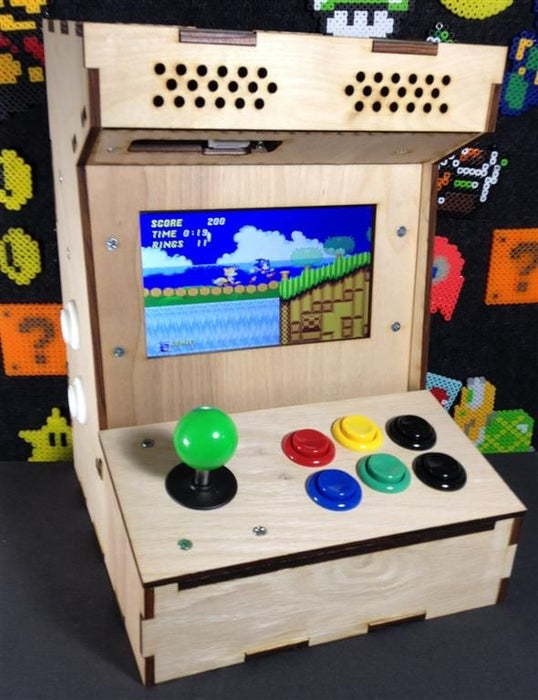 You can even build your own mini arcade cabinet, as demonstrated by user rbates4. “The Porta-Pi Mini Arcade is a desktop-sized, fully functional, mini arcade cabinet measuring just under 13 x 9 x 10 inches (HxWxD). This Porta-Pi Arcade turns your Raspberry Pi into a mini arcade machine. Of course you could stuff any other retro console inside, but the RPi is so versatile, powerful, and awesome that I stuck with it to build this mini arcade.” 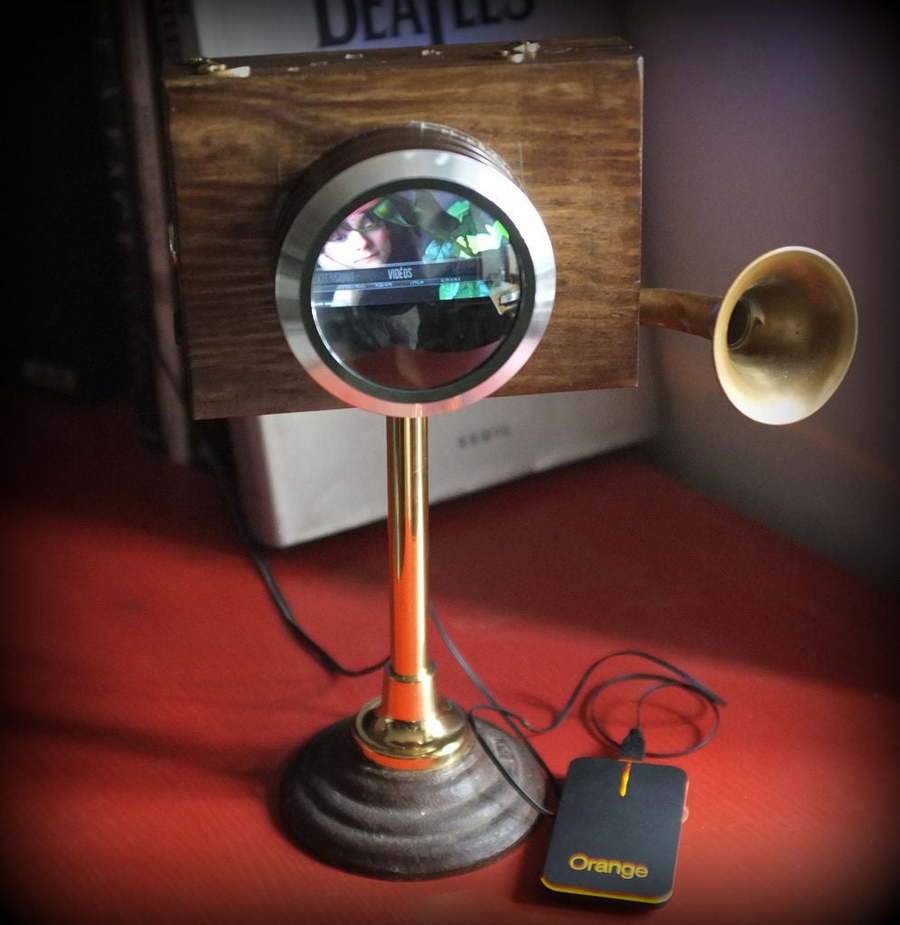 If steampunk is more your style, there’s plenty of that, too. One project by user Baby38 places a multimedia system in a wooden casing to replicate an old device spotted in a market in Vienne, France. A tiny trumpet on the side transmits audio, while a magnifier glass displays the video.