In 2017, it seems like products that challenge our conception of what man is capable of are being released every single day. The 21st century has yielded prototypes that can speak, think, and act for themselves, and advances in AI and robotics technologies are not only successes for their creators, but they’re also products of a world that’s pushing the envelope when it comes to envisioning the ways automation and human enterprise can coexist in the future. 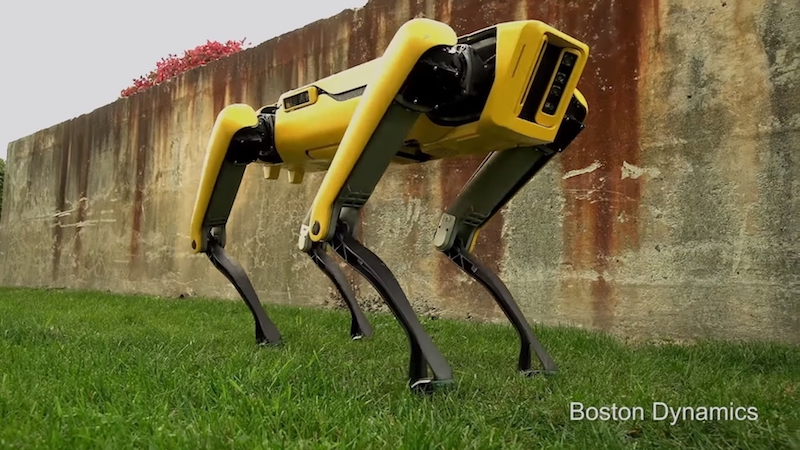 Boston Dynamics is one such organization that’s pioneering futuristic technology in the field of robot design, and their latest creation is specifically designed to mimic canine traits. The most recent phase in the evolution of this robot is called “SpotMini,” and when it was first released in back in the summer of 2016, it looked a little more like a giraffe than a dog. 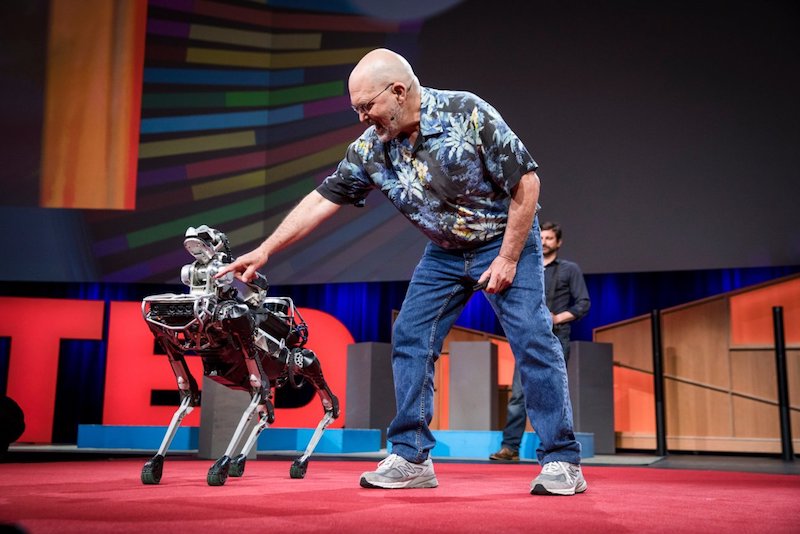 Boston Dynamics is a design and technology collective whose members met while studying at MIT, where they first developed robots that displayed animal-like movements. The team prides itself on “building machines that both break boundaries and work in the real world,” and SpotMini is a visionary new version of man’s best friend. The canine robot moves on four legs and has a long, rectangular body with a face-like screen at its front end. Billed on Boston Dynamic’s website as “a nimble robot that handles objects, climbs stairs, and will operate in offices, homes, and outdoors,” SpotMini is mainly intended to be useful (on top possessing many of the traits that owners value in their domestic animals, such as being affectionate and inquisitive). But SpotMini has the added plus of also being a technological innovation. 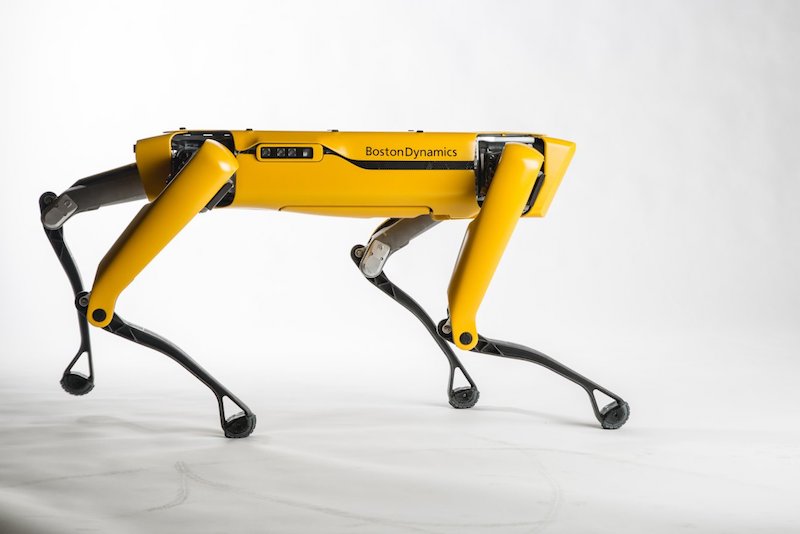 SpotMini is the new and improved version of an earlier robot called “Spot.” Its face sensor panel is capable of detecting the presence of humans, and it can even crouch down, lift a paw, and inspect objects or people that come into its field of vision, just like a real dog. Standing less than a meter tall and weighing 30 kilograms, the SpotMini can be used at home or in the office without causing too much disruption. It’s fully electric and powered by a battery that allows it to run uninterrupted for 90 minutes. It’s also currently the quietest robot produced by Boston Dynamics and a testament to the tireless work they put into developing new and improved robotic products.

SpotMini runs around just like a regular pet dog, but it has a mobile element built into one of its legs that Boston Dynamics calls “five degree-of-freedom arm,” which can be used to pick up objects and bring them to its owner. The sensor suite also boasts stereo cameras, depth cameras, an IMU, and position/force sensors in the limbs, enabling smoother movement and better perception. 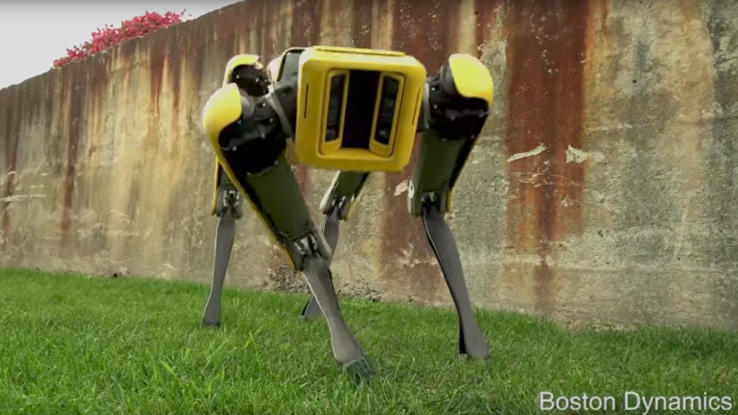 SpotMini is only the latest in a long line of smart robots. For instance, Dornob recently wrote on Saudi Arabia’s granting citizenship to a humanoid robot (the first instance of its kind). You can read more about that here.